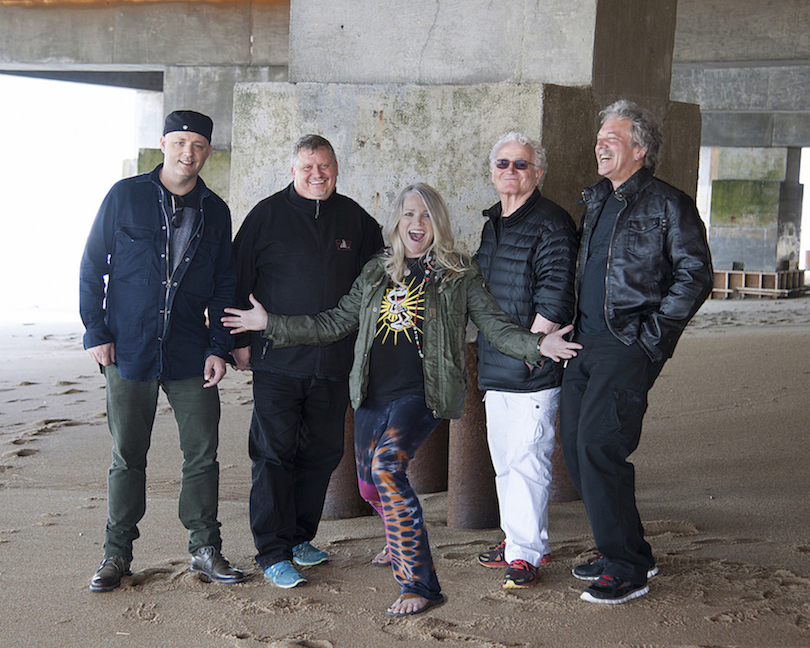 Jefferson Starship brings three bands' worth of material to Fallsview

by jmaloni
Thu, Nov 9th 2017 06:10 pm
Preview by Joshua Maloni
Managing Editor
When Jefferson Starship performs Saturday inside Fallsview Casino Resort's lush Avalon Ballroom, the band will unleash hits from three - count 'em, three - successful rock bands: the psychedelic folk-rock of Jefferson Airplane, the arena rock of Jefferson Starship and the adult-contemporary pop-rock of Starship. The act's catalog covers some three-plus decades of recording.
While that may seem impressive, it pales in comparison to the fact Jefferson Starship's veteran multi-instrumentalist, David Freiberg, is still touring at the age of 79.
Seventy-nine!
There's a good chance that, next summer, when this rock 'n' roll guru turns 80, he'll mark the monumental occasion while on the road.
How does he do it?
"Don't ask me!" he said Thursday while (surprise, surprise) on his way to a Jefferson Starship gig in New Jersey. "I just keep doing it. And whatever it is, if I stop doing it, I don't feel so good. So I just keep doing it. (Laughs)"
Freiberg said his current bandmates keep him feeling and playing like a man many (many, many, many) years his junior.
"(It's) this band, actually, is what it is," he said. "Cathy Richardson (singer) and Donny Baldwin (drums) and Jude Gold (guitarist) and Chris Smith (keys). Somehow, something just happened. ... It just got more magical and magical as we went along. I'd say the last eight years just feels like home. It's great fun singing. Singing is what I really love. Singing and harmonizing."
Richardson, who was conveniently seated alongside Freiberg during this phone interview, fronted a trio of bands and garnered a Grammy Award nomination before joining Jefferson Starship. Her boisterous personality and vocal tone are akin to the legendary Grace Slick, who fronted both Starship troupes.
"I found the perfect job!" Richardson said. "I was a huge fan growing up. I have the entire Jefferson canon on vinyl, and I wore it out as a kid. I still have the concert T-shirts from when I used to go see the band in the '80s."
While performing with Janis Joplin's original band, Big Brother and the Holding Co., and out on tour with Jefferson Starship, Richardson was approached to join the latter.
"I was like, 'ARE YOU KIDDING ME? Are you kidding me? Yes!' I didn't have to think about that at all," she said.
Not long after, Slick actually asked Richardson to sing in her place when Jefferson Starship was given a Lifetime Achievement Award at the Grammys. Slick's nod of approval, "It's just beyond what I could ever dream in my life," Richardson said.
Freiberg said, "The synergy of this band really feels good."
His motivation to tour also is bolstered by the fact his band has a message to deliver - one that is eerily similar to what Jefferson Starship was proclaiming decades ago.
"It never ends," he said. "We aren't going to hold back. We're going to say it, if it needs to be said. Certain things do need to be said these days. And the message really hasn't changed that much. You know, 'Smile on your brother. Try to love one another.' All those old images of peace and love; and war isn't the answer. Violence is never the answer."
Of course, onstage there's also an array of fun songs, too. Recent setlists have included hits such as "White Rabbit," "Jane," "Somebody to Love" and "We Built this City."
Freiberg said it's "People really interacting with each other. And listening to each other. And anything can happen. We don't exactly play anything exactly the same way twice. ...
"It's good music. Singing. Harmonies. Great guitar playing. Good drummers. Great keyboard players. ... That's my life. Trying to make music, man. Wondering, 'Where does it come from? Why does this work?' But somehow it still does, and it's magical."
Jefferson Starship performs at 9 p.m. Saturday at Fallsview Casino Resort in Niagara Falls, Ontario. For more information, or for tickets, visit https://fallsviewcasinoresort.com/entertainment/event/jefferson-starship.
Categories
Entertainment TV and music