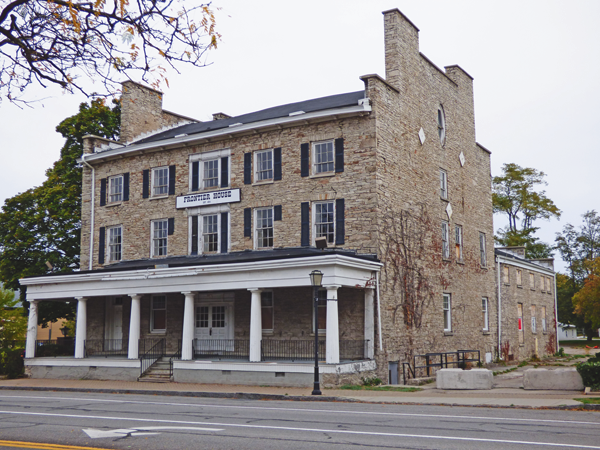 The circa-1824 Frontier House at 460 Center St., Lewiston. This property has been closed since McDonald's left in 2004. 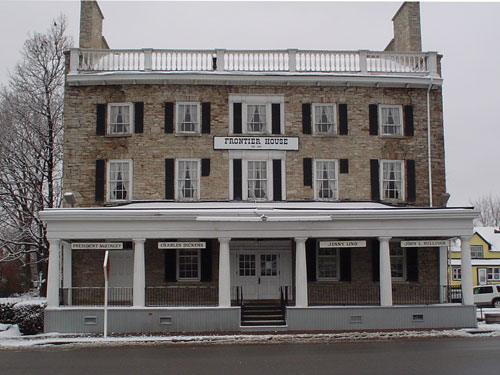 FRONTIER HOUSE TIMELINE
The Frontier House was built in 1824. At that time, it was considered one of the finest hotels in the Northeast.
In the 1970s, right through its shutting in 2004, the building housed a McDonald's restaurant - with a famous passenger-side drive-thru window.
In 2004, and again a decade ago, plans to reopen the Frontier House as a hotel or as part of an upscale housing development were presented, altered, changed or delayed by other developments and/or lawsuits, and subsequently dropped.
In 2013, owner Richard Hastings' son, Alan, was named president of the Frontier House. The younger Hastings operates The Silo Restaurant. He desired to turn the property into a microbrewery, but was unable to find grant monies.
Two years later, then-Town of Lewiston Supervisor Dennis Brochey attempted to find money for his municipality to purchase the building. Negotiations between Brochey and the senior Hastings broke down upon receipt of a lower-than-expected property assessment ($750,000).
The building sits on nearly one acre of land, in the middle of Center Street, and includes a parking lot. Despite the property's inactivity, those familiar with the Frontier House speculated the historic four-story building, coupled with dedicated parking, would be valued at $1 million.
Other Lewiston Realtors dispute that figure and have suggested it should be 25 percent less or more.
The Village of Lewiston has also floated a handful of proposals to purchase the building - for far less than $1 million or even $750,000 - but those bids have thus far been rejected.
"It's not an easy building to find a buyer for, and the village's solution is that he should just lower the price tag to $2," said Hastings family business consultant Stacey Sheehan. "Well, that's not going to work. He wants to get paid a fair price for it. The only offers he's received so far have been really ridiculous - like $200,000, $300,000. I would never recommend he take an offer like that."
Categories
NFP Sentinel