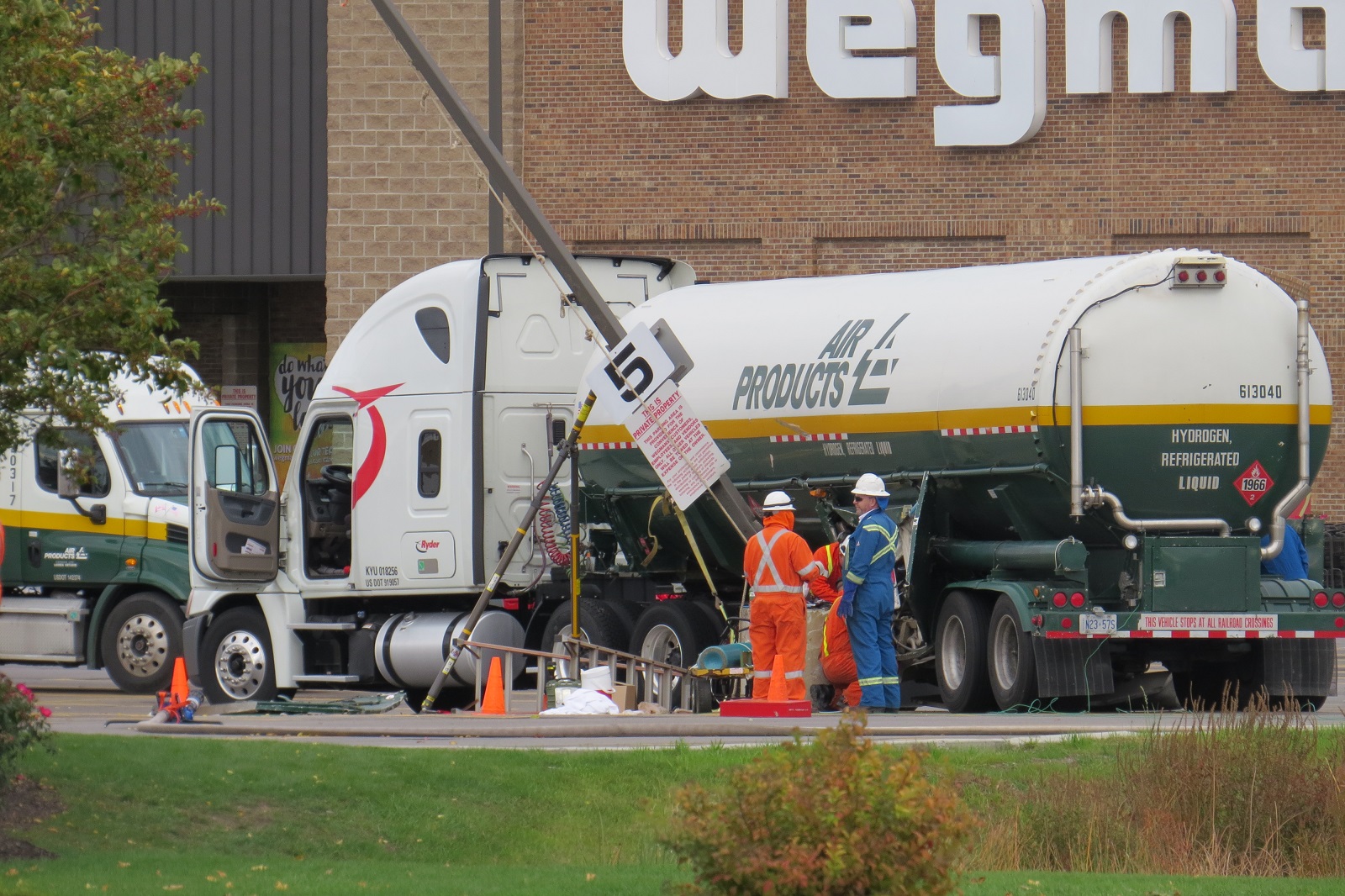 The tanker truck that crashed into a light pole in the Wegmans parking lot on Military road being examined by hazmat officials.