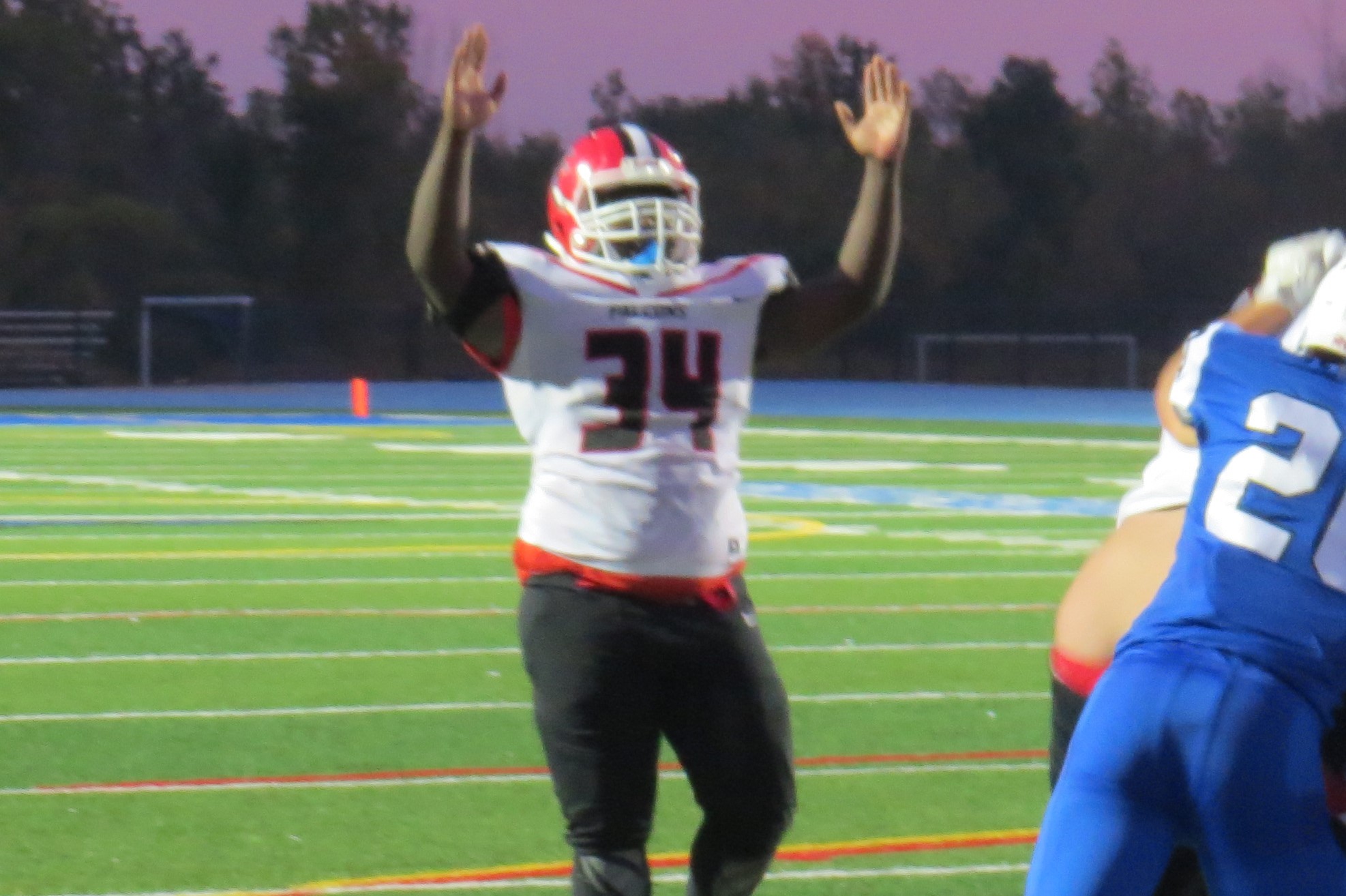 Fri, Sep 15th 2017 11:25 pm
Vikings offense has its way Friday night
By David Yarger
Tribune Editor
The Niagara-Wheatfield Falcons came into week three of the high school football season with an average of 44 points allowed per game. It was much of the same Friday night vs. the Grand Island Vikings.
The Falcons were defeated by the Vikings, 41-25.
Thomas Cecere got it started early for Grand Island, scoring in the early minutes of the first quarter to make it 7-0.
On the Falcons' first possession, they faced a third and eight to go. Jordan Parks pass was cut off by Vikings' defender Zane Johnson, promptly giving the ball back to Grand Island. Johnson was at it again one play later, as he caught a pass and ran it 43 yards for the second touchdown of the night.
Falcons head coach Russ Nixon said the sequence put his team in a hole early.
"First quarter, trying to make something happen offensively. You're trying to keep them honest and Jordan made a good pass, but Zane breaks on it hard and makes a very athletic play—surehanded receiver that's on the defensive side, so a lot of credit to them," he said.
Wheatfield got on the board in the second quarter, after Jake DeWolf had a 30-yard run and Josh Brown followed with four runs to get the Falcons to the goal line. Parks finished the drive with a one-yard keeper.
It took three plays for the Vikings to answer. After a Justin Gorrell pass to Frank DePalma for a first down, and a Cecere run for 7 yards, Nick Anzalone took it 36 yards to the house to make it 20-7, Grand Island.
After a Falcons three-and-out, Gorrell capped a six-play drive with a 15-yard touchdown run. Gorrell, the backup QB, started in place of Cam Sionko due to code of conduct.
At halftime, the Vikings led, 27-7.
The Falcons started the half with a turnover on downs, giving the ball back to the Vikings.
Cecere stayed hot, and on the second play of the drive he ran 56 yards for his second touchdown of the game.
Wheatfield came back on their next drive, as Brown carried it six times for 64 yards on a 10-play drive.
Cecere wasted no time though, and he scored once again from 13 yards out, making it 41-13. He finished the night with 213 rushing yards.
Brown tried to go stride for stride with Cecere, as on the next Falcons possession he ran 56 yards for his second touchdown of the night. Nixon was pleased with his running back's outing, despite the result.
"Josh Brown ran real hard in the second half and broke some long runs and showed for being a big man, he can get away from people," he said.
Nixon credited Austin Leber as well. Leber scored the last points for the Falcons, as he returned a Grand Island fumble.
"He scores his first varsity touchdown on defense by just continuing to play hard defense," he said.
When the final whistle blew, the scoreboard at Gene Masters Field read, 41-25, Vikings.
For Grand Island, they move to 3-0 on the year. The Viking defense has only given up 26 offensive points so far, this year, and coach Dean Santorio has been pleased with his team's attention to detail.
"We feel as if defensively were athletic and quick, but that's our calling card and we've proven to do that, so far. So, were really happy with that. We have no complaints," Santorio said.
Tonight's win for the Vikings was not a league win, so even though the Vikings remain undefeated, Santorio told his team to stay on the gas pedal.
"We have three tough division games coming up with Will. South, Starpoint and Sweet Home. So, the next three are gonna really tell where we end up and where we're are in a couple weeks," he said,
Santorio added, the toughest thing about coaching kids at the high school level is keeping them focused between school work and outside lives, so if they can do that, they should be in good hands.
Santorio and his team play at Williamsville South, next Friday at 7 p.m.
For Nixon and the Falcons, their tough schedule continues, as next week they face last year's Section VI Class A champions, the Bennett Tigers.
After giving up another 40-point outing, Nixon was straight to the point with his team.
"We're trying to put the players that we feel are the best players to make that play, and we said, look we're gonna have to switch guys up and change things and try some different guys if we're not getting it done right now," he said.
The Falcons battle with Bennett is at home on Saturday at 2 p.m.
Categories
School feature Sports