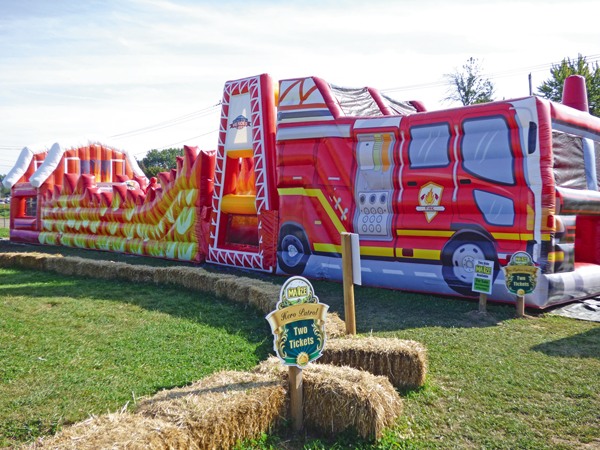 The Maize opens 2017 with a giving theme

Fri, Sep 15th 2017 04:00 pm
North Tonawanda corn maze looking to give back to 'Hometown Heroes'
By David Yarger
Tribune Editor
When The Maize, 3901 Niagara Falls Blvd., North Tonawanda, opens in the fall, weather permitting each year, there is always a certain theme that the maze wants to promote. In certain years its promoted Buffalo, with the maze being designed in a Sabres logo or Bandits logo and more. In 2017, the maze has been designed to the theme "Hometown Heroes."
Proprietor Tracy Garland says the theme is a way of the maze giving back to those who help the people in the area.
"We really want to acknowledge the people giving and the people sacrificing for us," Garland said.
Throughout the month of September, The Maize announced that all Western New York firemen, police officers, paramedics and military receive free admission by showing their identification.
Majority of the sites at The Maize will be dedicated to the first responders, from the maze itself, to the games and even the inflatables.
Garland said, "All of the inflatables will be geared to hometown heroes, such as the obstacle course, which is the design of a fire truck and will have two people racing each other through it at the same time."
One of the new additions to The Maize is the outdoor game "ZTAG," which is eerily similar to an escape room. The game also has a little tribute to hometown heroes, as the best character to be in the game is a doctor.
The goal of the new game is to find all the checkpoints throughout the area, and if that happens they become a doctor, who is able to heal players that have been "infected" by the "Z-Virus," and they are immune to that virus. The game is finished when all the humans are saved and the missions are completed. Hometown hero message: become a doctor in the game and save the human race. The new and thrilling game takes about and hour to conquer, Garland said.
Along with "ZTAG," new additions include the defender dome, which Garland said signifies the Border Patrol. Also, participants are now able to use their phone to help them get through the maze. Garland called it "getting into the 21st century."
Garland said this year's maze production was not easy, as bad weather limited what was possible.
"We weren't even sure if we were going to open," she said. "The corn crop drowned due to rain, and then the second crop didn't grow well, and about two weeks before opening, the crop was only knee high. Basically, we had to work with what was given to us."
Despite the tough start, Garland said the design was executed to signify their gratitude for hometown heroes.
"This year's design is a fire truck with a fireman on top of a ladder spraying water onto a barn fire," she said.
different mazes, but this year there is one big maze and the "Spookly" maze, which is designed for children and named after The Maize's anti-bullying mascot, "Spookly."
Mazes from the past have ranged in difficulty, but Garland said she believes this year's blows the other mazes out of the water.
"What stands out this year compared to others, I'd have to say how intense the difficulty is, by far," she said. "With the difficulty being tough, the demographic would probably be teens, college kids and adults looking to go on dates, because it's going to take a while to find your way out."
Garland said the corn cops who are hired to help people escape the maze also had difficulty.
"Some of them would come through the entrance of the maze and say, 'We'll be back tomorrow,'" she said.
One thing The Maize is big on is agriculture education. Garland said, "We're always first about agricultural education. There are different signs all around the facility and we have different education for different grades. We offer pre-school and daycare, as well as our "wise acres" field trips."
Although the big maze is difficult this year, Garland said The Maize continues to be a family oriented environment for families to come and be able to enjoy themselves.
"We're always family friendly. The staff we hire, we teach them people first and to help the people who are struggling the most. The customer comes first and we want to be a part of everyone's history, so they can create memories and come back every year," she said.
The Maize will have different events going on during the season, such as Scouting days from Oct. 23-31. The days will include a free patch and Scouting passport with admission. The Maize will also have "Dog Day" on Oct. 29 from noon-2 p.m. All dogs are welcomed and must be leashed, have current vaccination tags and must be social with others. 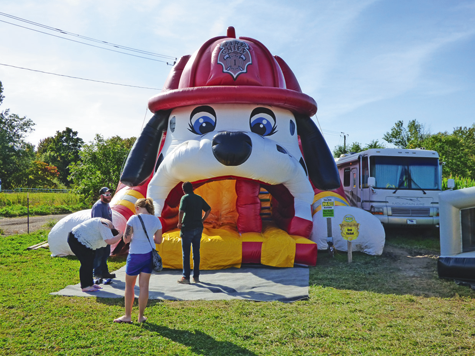