The Town of Lewiston Town Council listens as Michael Metzger of Metzger Civil Engineering goes over a plan to further develop the Upper Mountain Road area.

by jmaloni
Mon, Sep 11th 2017 11:10 pm
Broderick: Council wants more time to understand resident concerns
Town of Lewiston Supervisor Steve Broderick wasted no time Monday in telling a standing-room-only crowd inside Town Hall the Town Council would not vote on John and Joe Rubino's planned unit/urban development concept for Upper Mountain Road. Instead, "I want to listen to what everybody has to say ... and take it in," he said prior to the work session.
Residents reacted positively and, during the planned public hearing that followed, nine of them outlined concerns and offered suggestions about the proposed P.U.D., which would be situated east of Bronson Drive.
Following a half-hour comment period, Michael Metzger of Metzger Civil Engineering in Williamsville further defined what his clients, the Rubino brothers, intend to build on 80.2 acres of land currently owned by Donald Smith.
Metzger said the site is zoned for planned unit development, and was approved for 246 units in 1985. Today, 70 units have been built next to where the Rubinos intend to develop.
Metzger said the P.U.D. is the result of current housing demand.
Margy DiMino of Bronson Drive read from an informational sheet distributed to residents living around the proposed development site. She explained nearly half of the land has been declared federal wetlands and, as such, what was once envisioned to spread across 80 acres would now be packed into around 40 acres.
"Because there is less land to develop, the density of single-family homes on the developable land has been increased," DiMino said.
Metzger said the amount of land set aside as wetlands is not nearly half of the 80 acres. In addition, "Not only will we not be impacting any of the state wetlands, but we decreased the amount of federal wetland impacts from this project (to 0.12 acres). ... Most of which we need for crossings," he said.
He explained the project is less dense, because, when coupled with the existing 70 units, it comes to a grand total (177) almost 70 units smaller than what was approved in the 1980s (246). Moreover, Metzger explained that, if the developers sought to build a traditional subdevelopment, they could build up to 272 units.
DiMino said the 1985 concept called for a public-use park, tennis courts and putting greens. Metzger verified there would be no public amenities with this version. 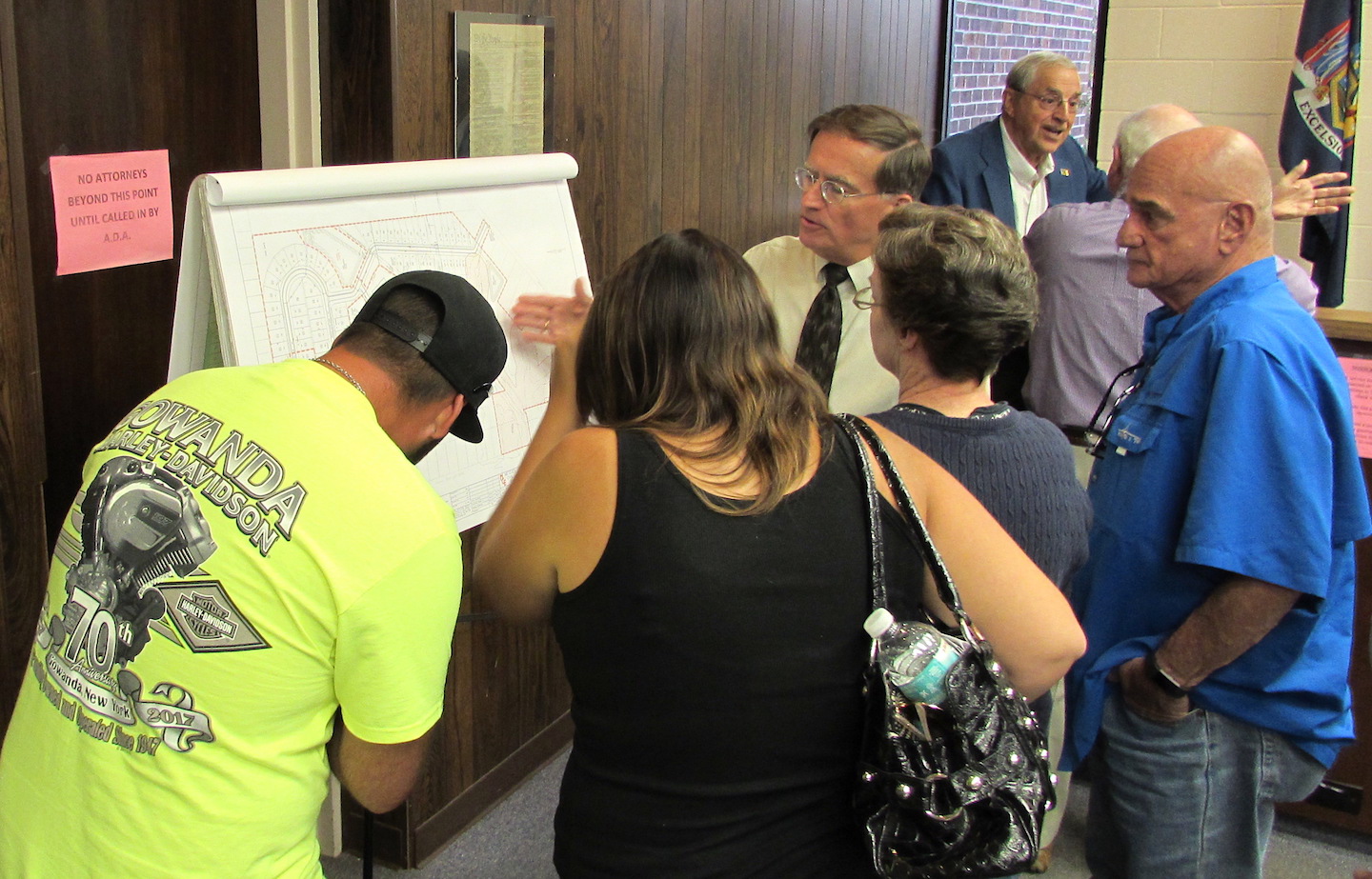 Michael Metzger of Metzger Civil Engineering explains the planned unit development concept to residents at Monday's Town of Lewiston work session.
Councilman Bill Geiben said it was his understanding that was part of the proposal. Metzger said that wasn't the case. Geiben said he was disappointed, but also relieved that green areas on the site would be the responsibility (maintenance and insurance) of the homeowners' association, and not the town.
With no public recreation areas, Geiben confirmed each of the P.U.D. lots, if approved, would be subject to a $250 recreation fee. He hypothesized the funds could be used to create a park for Bronson-area residents.
Metzger said, "Provisions of the zoning ordinance require a minimum of 25 percent of open space. ... The plan, as presented, will have 46 percent open space."
Concern also was raised over access points into the P.U.D.
DiMino said, "It is not likely any road will ever be built off of Upper Mountain, and that Bronson will bear the entire traffic burden for this development."
But Metzger said the P.U.D. "will provide multiple access points."
Bill Wilson of Bronson Drive said, "Our concern is the impact of additional residents in the back taking water away that isn't there. We have a serious fresh water problem. Drainage is still an issue in my mind. I do have some of the houses from the original development flooding to my house, my yard. ... Anything that adds to those problems is just going to be detrimental."
Metzger said it's been his experience that new developments often alleviate drainage problems. Here, the P.U.D. also would have a dedicated stormwater management pond.
"There will be some benefits derived as a result of this development for the existing neighborhood," Metzger said.
DiMino referenced developments at Sattleberg Farms (Pletcher Road), RiverWalk and French Landing and concluded, "How many patio homes does one small community need? Shouldn't we let them be built where they are already approved before allowing more?"
Councilman Rob Morreale asked to see the Rubinos' study that suggested more housing is needed. Metzger said that information is proprietary and not for public access.
"What I don't want is another development started, 15 homes built, and then it's just abandoned and we're stuck," Morreale said.
Councilman Al Bax concurred.
"No respect to the Rubinos. ... I think a bit of an acknowledgment of our history here in the Town of Lewiston is, despite every project and every developer's intention to succeed with their developments, we've had, unfortunately, a history where that has not necessarily been the case. It's been left in the neighbors' hands and the Town Boards' hands to fix," he said.
Paul Swisher of Carriage Lane said Lewiston is not like other towns or villages in Western New York, and the councilmembers should "Really ask yourself what you want Lewiston to become."
If the P.U.D. is approved, Metzger said it would be built in multiple phases.
"No one anticipates that a project is going to fail when you go into it - especially someone with a track record like our client," he said. "Should, for some reason, the projects fail in between phases, the phases stand alone. There is not a need for infrastructure for the subsequent phases to be built with the initial phases."
Of the 60-plus people in attendance, more than 30 signed a petition asking the Town Board to reject the P.U.D. Almost 20 signed a sheet indicating a desire to speak, and each had a local if not immediately neighboring address.
Metzger said both the Niagara County Planning Board and the Town of Lewiston Planning Board favor the P.U.D. concept.
He also noted a transportation study commissioned by his clients revealed the P.U.D. would not generate an unreasonable increase in traffic.
That answer drew a noticeable laugh from the audience.
Metzger concluded his speech by saying, "There is a plan that's already approved. We're looking to amend it. We feel that the amendments to the plan are positive."
The Rubino brothers were in attendance at the work session, but did not comment. 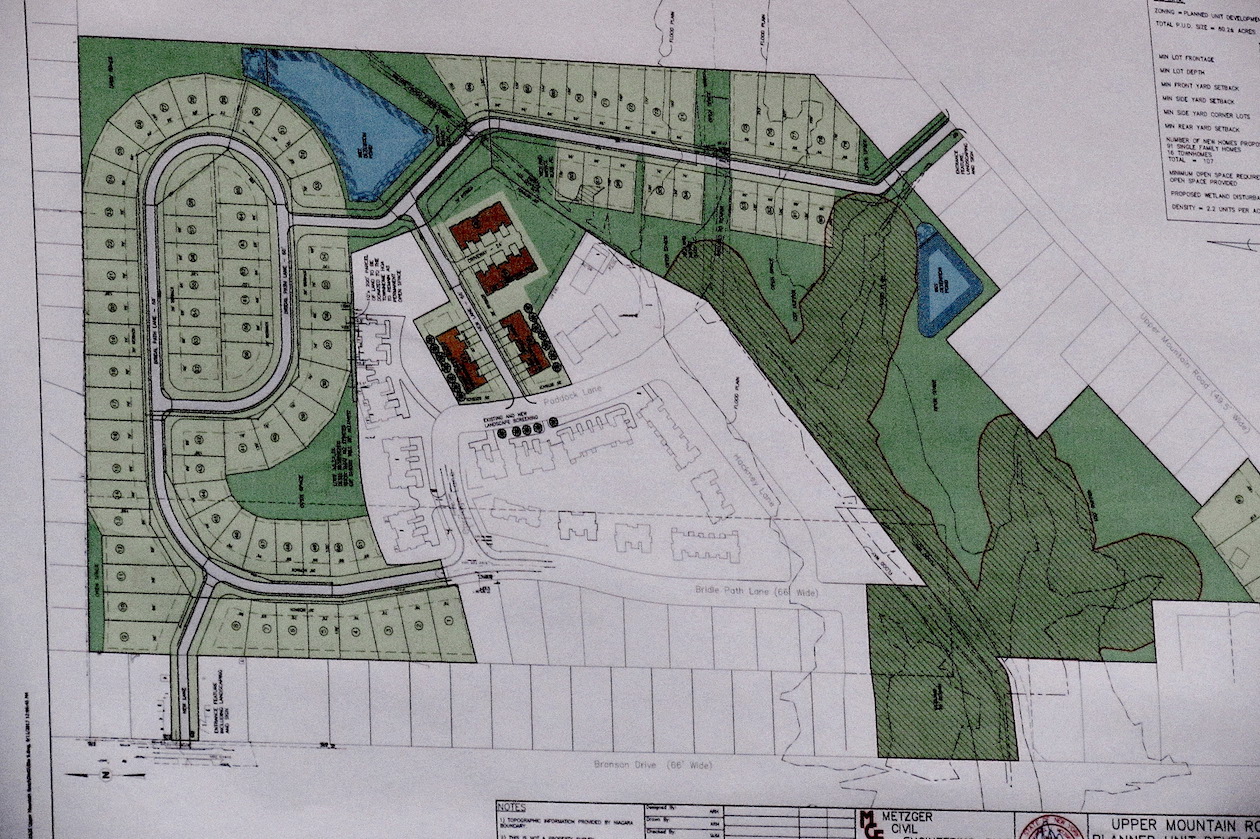 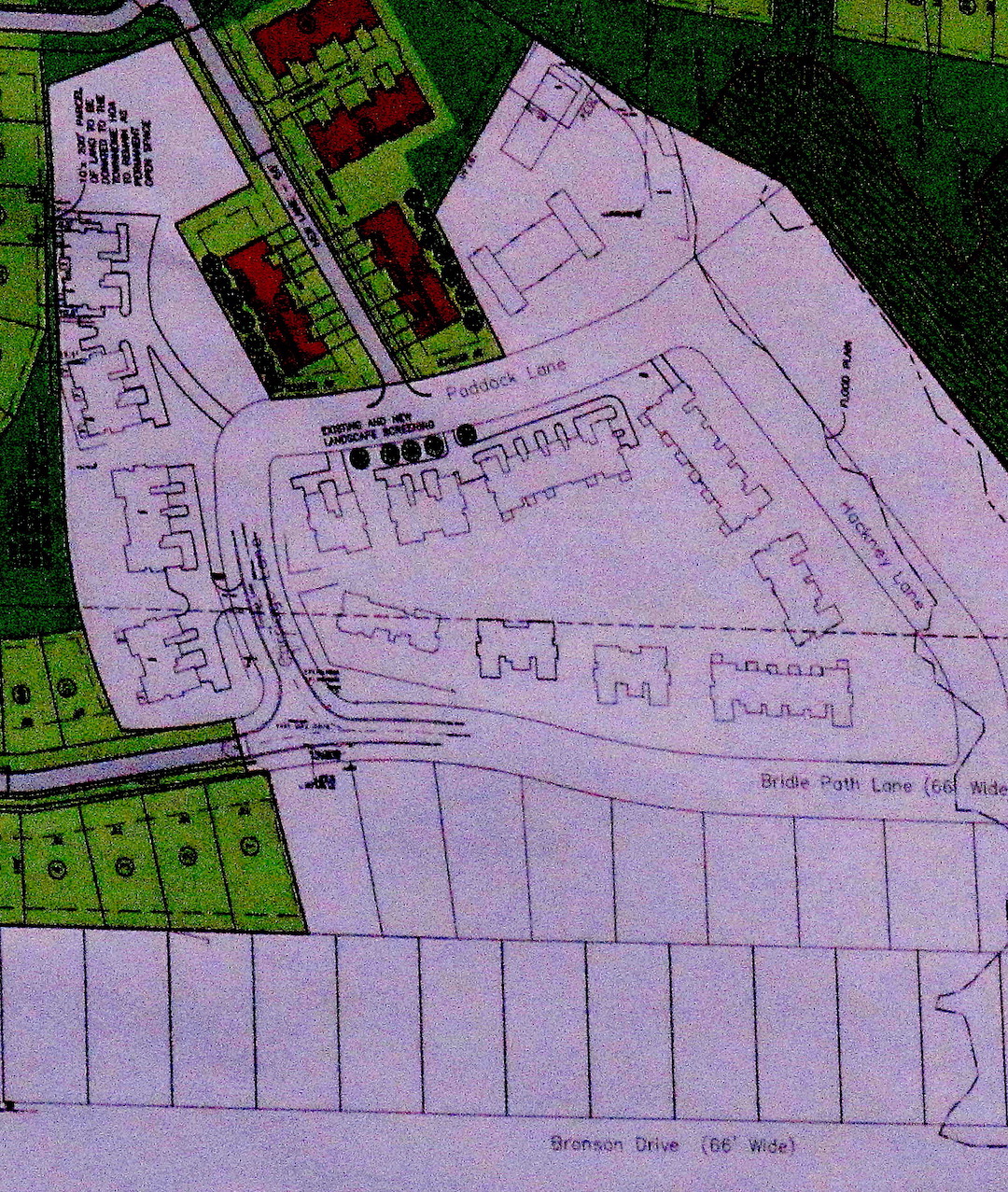