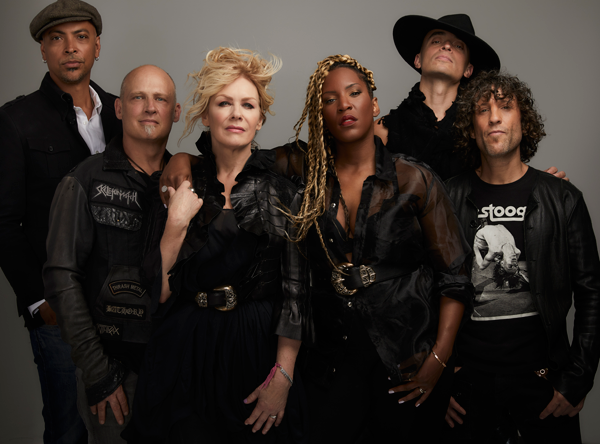 by jmaloni
Thu, Sep 7th 2017 06:30 pm
Outfit set to release firt record, 'First Things First'; opening on Bob Seger tour
By Joshua Maloni
Managing Editor
Relax, Heart fans: Sisters Ann and Nancy Wilson haven't split up.
They are, however, embarking upon fascinating side projects during a break from their venerated rock band.
The Ann Wilson of Heart tour kicked off in March and crisscrossed the U.S. as she performed her own hit songs from the 1970s and '80s, plus a variety of covers and some new originals.
Nancy Wilson, meanwhile, joined forces with vocalist Liv Warfield - formerly of Prince's New Power Generation - to create a dynamic live band she dubbed Roadcase Royale. The outfit is set to release its first record on Sept. 22, the 10-song "First Things First," and is opening for the Bob Seger & The Silver Bullet Band "Silver Bullet Tour" this fall.
Though she said it wasn't her intent to start another band, Nancy Wilson wasn't complaining when evaluating the time and effort that went into creating Roadcase Royale.
"Heart was playing at the Hollywood Bowl a couple of nights. We needed an opener and just happened to see Liv Warfield with her band the Blackbirds. Her presence was just mesmerizing, and her power and her voice and her attitude and everything about her was just like, 'What the hell?!? Who is that?' So, we reached out to her for the opening act for those two shows. And they came and they killed it," Wilson said in a recent phone interview.
"Liv and her guitar player, Ryan Waters, who has always worked with her as her musical director, they do all these cool things together - including like Prince tributes, because they came from the world of Prince - and various tributes and festivals and things where they go out and they play out a lot together," Wilson explained. "I was having a conversation backstage with Liv at the Hollywood Bowl. She was like, 'I love your band!' I was like, 'No, no; I love your band!' She goes, 'I've always wanted to rock more.' And I was like, 'Well, I've always wanted to do a little more funk.' So, it's like, let's do something. Let's try something together whenever there's a chance."
Wilson said she didn't want that promise of partnership to fall by the wayside, so "We actually made a point after the Heart tour, or actually even during the Heart tour, she and Ryan came out to New York, and we kind of had a powwow about what kind of things - what kind of songs - we might be able to write, and what kind of sound we could do."
So, Wilson, Warfield, Waters and current Heart band members Chris Joyner (keyboardist), Dan Rothchild (bassist) and Ben Smith (drummer) met up in L.A. "and we just started out with a song I wanted to reinvent, by Colin Hay, called 'Hold On To My Hand,' in a sort of a Daniel Lanois styling," Wilson said.
"It fell together so fast, and so naturally, that we were like, 'Whoa, we've got to keep going.' " 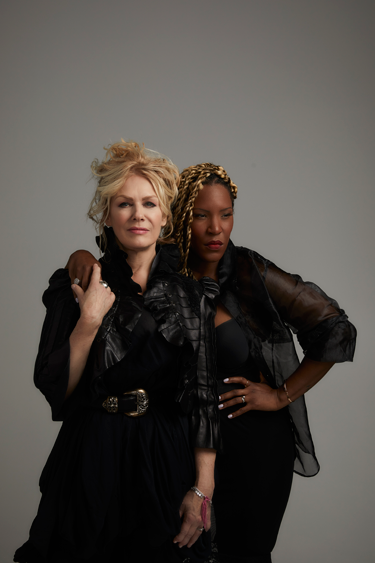 Nancy Wilson and Liv Warfield of Roadcase Royale (Photo by Jeremy Danger)
"I had these lyrics that Sue Ennis, who's a longtime collaborator, and I had worked on, and there was a really cool jam that Chris Joyner our keyboard player had kicking around. And so, me and Liv got the lyrics and the melodies together for that, and that turned into 'Get Loud,' " she added.
That song, and a subsequent video, became an anthem for women's rights movements, and served as a formal introduction to Roadcase Royale.
More band members pitched in ideas and sounds, and the unit was able to record its first album in about two weeks.
While a Heart-Prince pairing, on its surface, might seem a bit odd, Wilson said her new bandmates are well-versed in a variety of musical genres, and "I grew up with - at my parents' house, we had an amazing sound system all the time, always, and bedroom systems. Music was just everywhere in our household. So, we'd have opera, or classical, or Ray Charles, or Aretha Franklin, or Peggy Lee, or Judy Garland. Everything. We imprinted into our DNA so many musical styles that we could take those out for a spin, if we needed to, inside of the rock concerts that we were mainly trying to put forward.
"So, when Liv said, 'I'd rather do more rock than only R&B,' I said, 'Good! That would sound amazing,' with her voice. She doesn't always seem like an R&B singer. She has more of that energy and a drive to her singing, or even when she pulls it back. She has more of a conversational way of singing. It doesn't lean on the ethnicity or stylistic R&B kind of style. It's less confined."
Moreover, "When (Liv) lets loose on (Heart's) 'Crazy on You,' the first time I saw her, my hair went back," Wilson said. "It's not like a comparison between my sister and Liv at all, because it's so different, and it's so all of her own, that it's really a wonderful thing. The energy is so big." 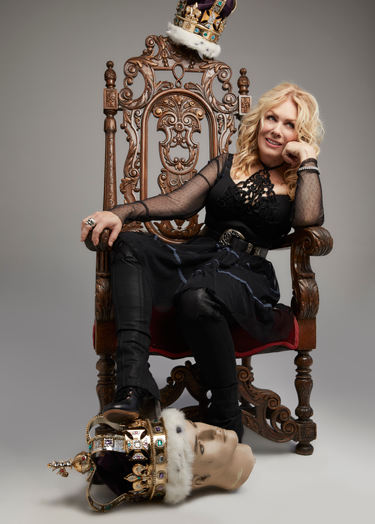 Nancy Wilson (Photo by Jeremy Danger)
"First Things First" really hits its groove about halfway through the album. The top track is a haunting number called "The Dragon."
Wilson first started putting this song together two decades ago, at a time when fellow Seattle vocalist and Alice in Chains singer Layne Staley was losing a battle with drugs.
"It was in the earlier '90s or maybe late '90s when I wrote ('The Dragon') for Layne Staley; it was even before he OD'd. Everybody that loved him in Seattle saw him ... heading for disaster - and all of us felt powerless to help him get out of that or help him in any way. ... That was his choice," Wilson said.
The song would sit incomplete, because "there was always a part missing, and I wasn't sure what it was," she explained. "I guess it was never destined, really, to be a Heart song."
Instead, Wilson asked Rothchild to help her find a bridge, thinking the song could work with Roadcase Royale.
"It's been decades! (Laughs)," Wilson recalled telling him. "I love this song, and I want to finish it. But I just cannot come up with the other part."
"He came up with this really radical, cool, like simple dissonant bridge part - very short," she said. "And that's all the song really needed."
Fittingly - unfortunately is the probably the better word - with the recent untimely deaths of Soundgarden's Chris Cornell and Linkin Park's Chester Bennington, "The Dragon" "is way more poignant," Wilson said. "There's many people that I've loved in my life that have had really insidious addiction problems ongoing in various ways. ... That's the path that leads to 'The Dragon.' "
"First Things First" lifts the mood with the boisterous "Insaniac"; a funky, sassy song called "Mind Your Business"; and, yes, two classic Heart songs: a rip-roaring take on "Even It Up," and a countrified slow dance version of "These Dreams."
"It's been kind of suggested to us from the label that just singed us, Loud and Proud, that we want to kind of make a transition over, so that you can sort of naturally bring people over from the Heart camp into the Roadcase Royale camp, so that there's sort of a crossway, really, to bring them in," Wilson said.
She noted the two songs are especially for Heart fans.
"It's a new reinterpretation and it's a new presentation of meaningful songs," Wilson said.
An acclaimed, super-cool guitarist, Wilson talked down her vocal chops. She did acknowledge she loves singing, and said, "I'm singing more songs with Roadcase than I ever sang with Heart."
"I feel that my creativity has been really sparked, and it's with these people," Wilson said. "I think the album is really strong, and the fact that the Heart songs are on there, too, actually is such a great calling card for this new band, to be able to boast that we can go out and play live, and play Heart songs live, too."
•Catch Roadcase Royale with Bob Seger on Tuesday, Sept. 12, at Rochester's Blue Cross Arena. 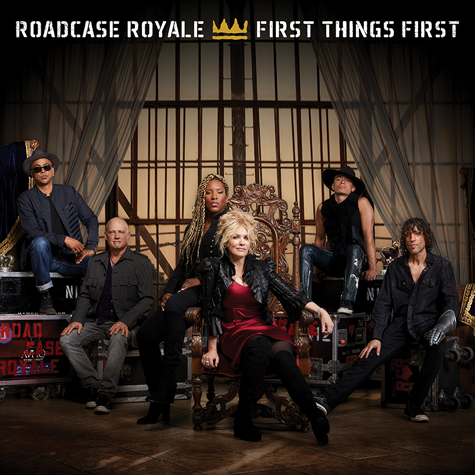