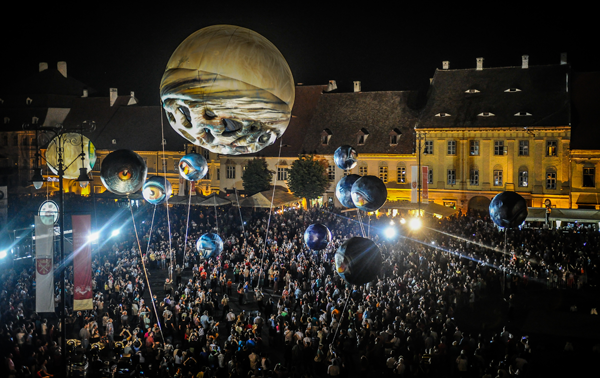 Artpark to end season with a 'Big Bang'

by jmaloni
Mon, Aug 28th 2017 11:05 am
'Big Bang': 'Our stage is in the sky'
Preview by Joshua Maloni
Managing Editor
Somewhere in Sonia Clark's office there must be a sign that says, "Go big, or go home." It's probably one of those rectangular, black and white blocks that students purchase for teachers at Christmastime.
Suffice to say, it's been a long time since Lewiston has seen anything like what Artpark's executive director has brought to the village in the past two summer seasons.
To recap: Fairies flying hundreds of feet in the air - above the park trees; dancing and talking animals; aerialists suspended in midair; a giant percussion instrument that can be played from the inside out; a preteen "Fiddler on the Roof"; and "Baila Brazil," complete with a grand parade down Center Street.
This year, she's capping the performance schedule with - brace yourself - astrophysics and balloons.
France's Plasticiens Volants will bring its "Big Bang" production to Lewiston on Saturday, Sept. 2. The show includes giant inflatable planets, comets and animals in a tale as old as time.
The opening act is William Close and The Earth Harp Collective. The former "America's Got Talent" finalist uses the "world's longest environmental symphonic stringed instrument." His "Earth Harp" will stretch across the amphitheater so that, as his website states, "The theater becomes the instrument. The audience is experiencing the music from inside the instrument!"
"We are thrilled to present the unique combination of William Close and Earth Harp and the aerial show by Plasticiens Volants. This event is a very adventurous act on all our parts," Clark said. "Both shows delve into our relationship with the environment and the world at large. Where else but at Artpark could these wildly different productions be presented together, powered by the burly nature of the Niagara Gorge? It is the ultimate celebration of the nature itself."
Marc Bureau, the author of "Big Bang," said, "I believe the common ground between the scientists and the artists is in imagination. While using different tools, both are bound by the common goal: to know and understand the world."
Technical director Fabien Chamakoff said, "The show, 'Big Bang,' begins by going into time. The beginning of the show is now. We propose to see from history pictures everybody knows in the world - this human time. The human time is very short. And the space, it's a full space story. It is only the beginning of the show. We propose an experiment in the astrophysics, in the stars, to go enter the 'Big Bang' live."
The Plasticiens Volants website states, "The history of the universe tackles very abstract concepts, and the shape and graphic design of the characters will be less realistic; this also brings us to change our skills. 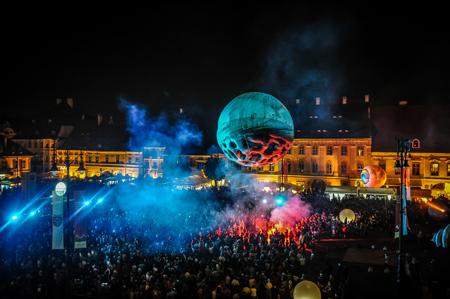 "Big Bang" (Photo courtesy of Plasticiens Volants)
"The soundtrack is written with the idea to discuss the continuity of the evolution of the universe, from an atmosphere to another without break, accompanying some moments of drama.
"It is not about, of course, recreating the 14 billion years of evolution in detail of current scientific knowledge, but only to discuss this development in its poetic dimension, to show the beauty of this voyage through time and space; and partially open the door to the great questions that this poses to all thought."
Different faiths and researchers have opposing views on how the world was created. Speaking by phone from France, Chamakoff explained "Big Bang" is not about science or religion, but rather the goal is to enable each audience member to "find your spark."
The show is staged by inflatables, operated by troupe members located within the crowd, and hovering far above their heads in the night sky.
"It's complex ... to make them," Chamakoff said.
"We have a factory in France, and in this factory we make all the inflatables," he explained. "Everything is made by us."
What's more, "The people who work in the factory, they're also the performers," he said. "That way is different, but it works. They know the inflatables. They know how to give life to the structures. They're very important to us."
When "Big Bang" was envisioned, "The purpose was to present this theater from everywhere in the square, is the view," Chamakoff said.
In other words, Plasticiens Volants - inspired by the sky - sought to "create dreams and awe" while providing a spectacle that can be viewed by anyone and everyone - and from everywhere inside each venue.
"Our stage is in the sky," Chamakoff said.
"People only need to see the stars," he noted. "The stars is our black curtain on stage."
"Big Bang" has been performed around the world - in Canada, Australia, Spain and at both the Sochi and Rio Olympic Games - but never in America. This trip will be Plasticiens Volants' U.S. debut.
"Of course we are really excited. It will be our first performance in United States," Chamakoff said.
" 'Big Bang' is about astrophysics. To perform this show, especially this show, in (the U.S.) is really exciting for us," he added. "It was a dream, and it's arrived today."
Tickets are $15 for general admission, $10 for children ages 12 and under, or $125 for a VIP ticket, which includes skybox seating and a catered reception (5:30-8 p.m.; open bar and refreshments). Tickets are available online at tickets.com and artpark.net, by phone at 716-754-4375, or in person at the Artpark box office (450 S. Fourth St., Lewiston). Visit www.artpark.net for more information. 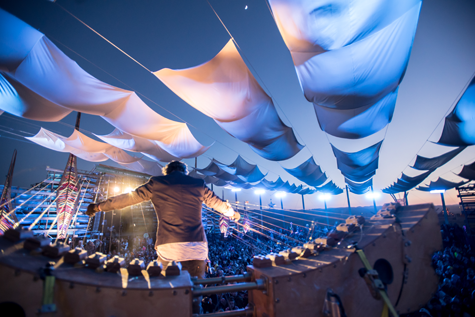 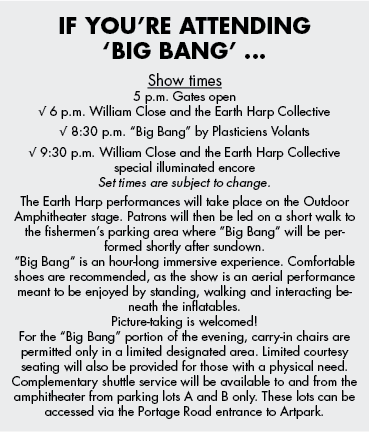 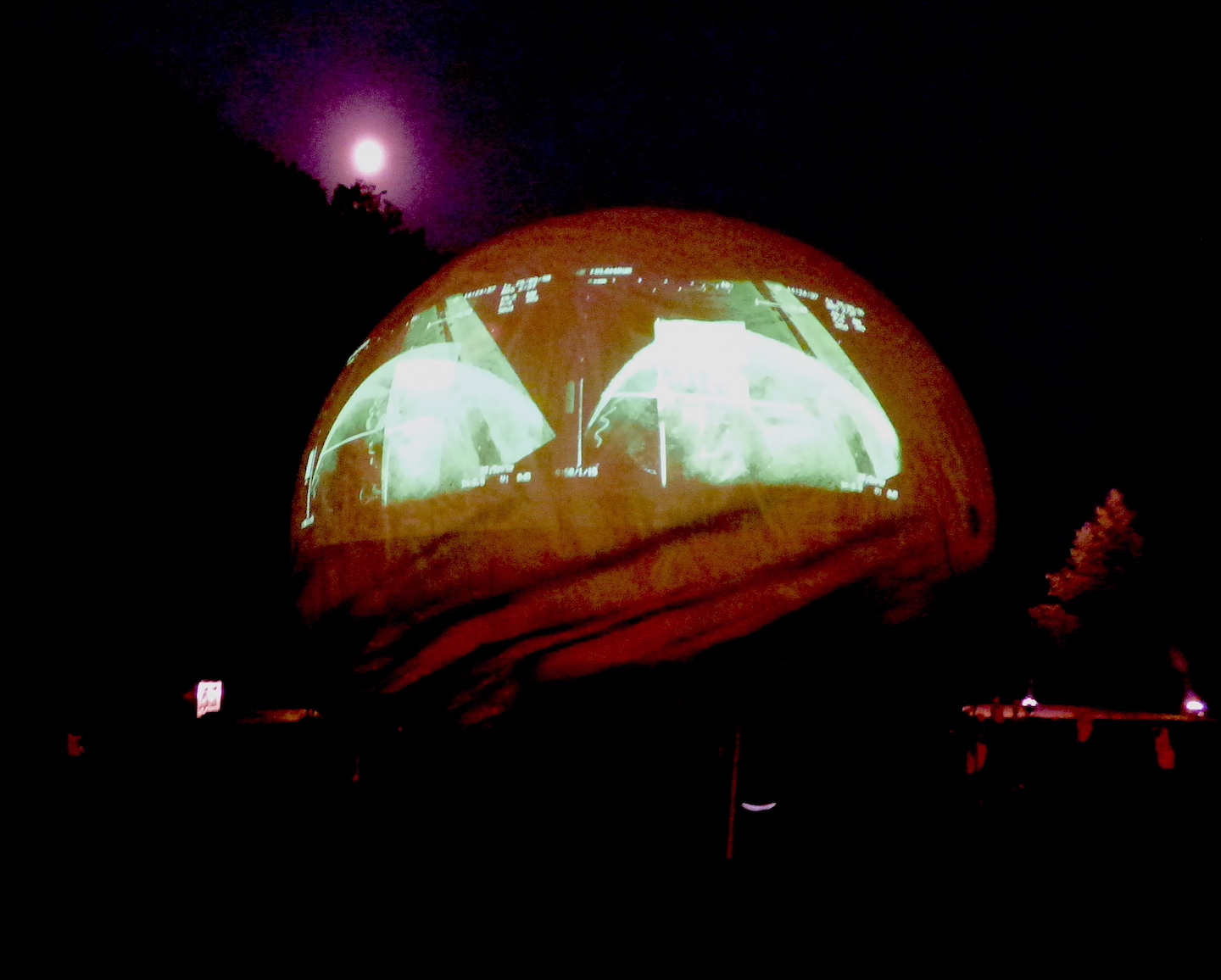 Crews worked on Friday to create the sets for Saturday's show. 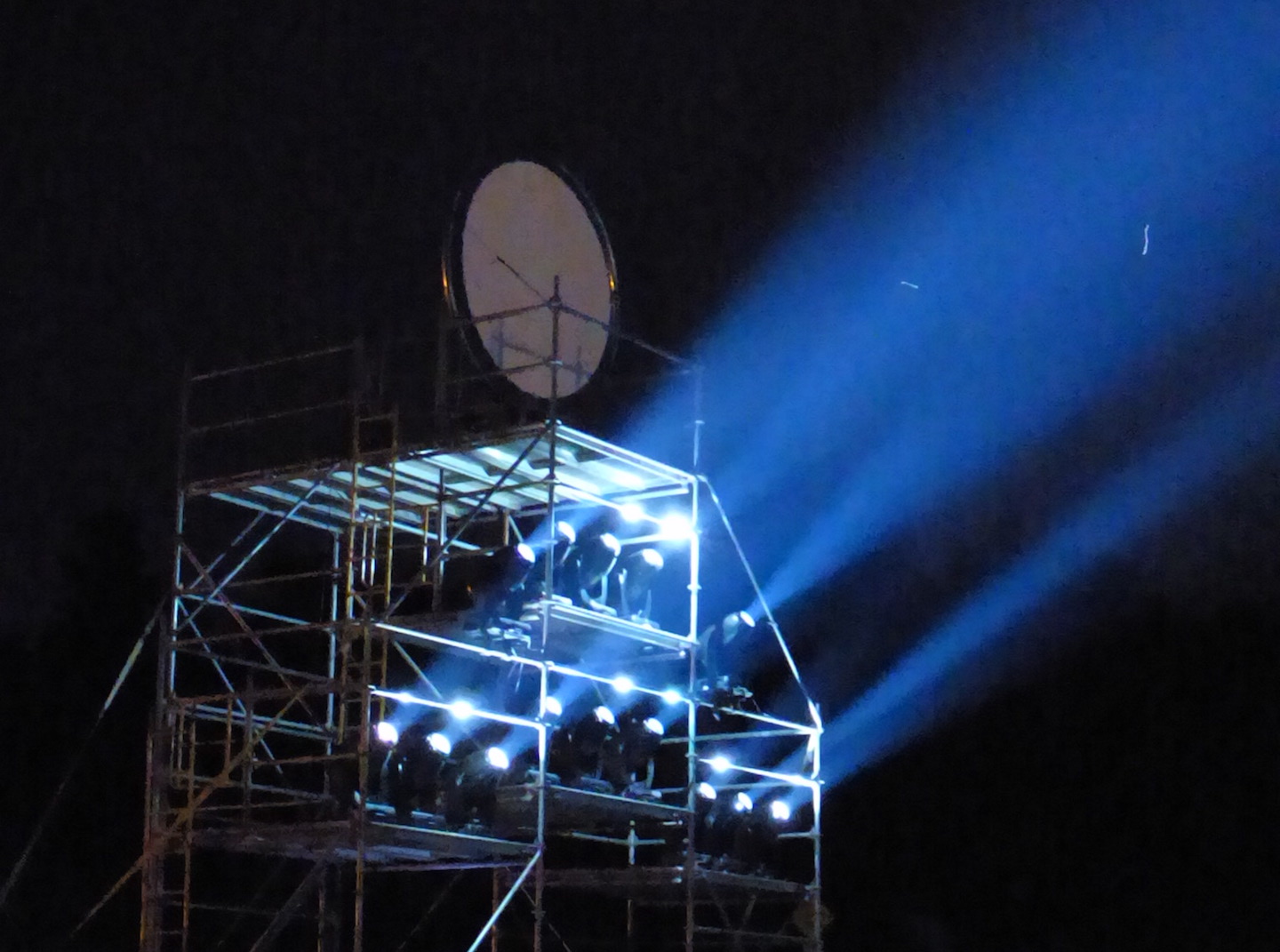 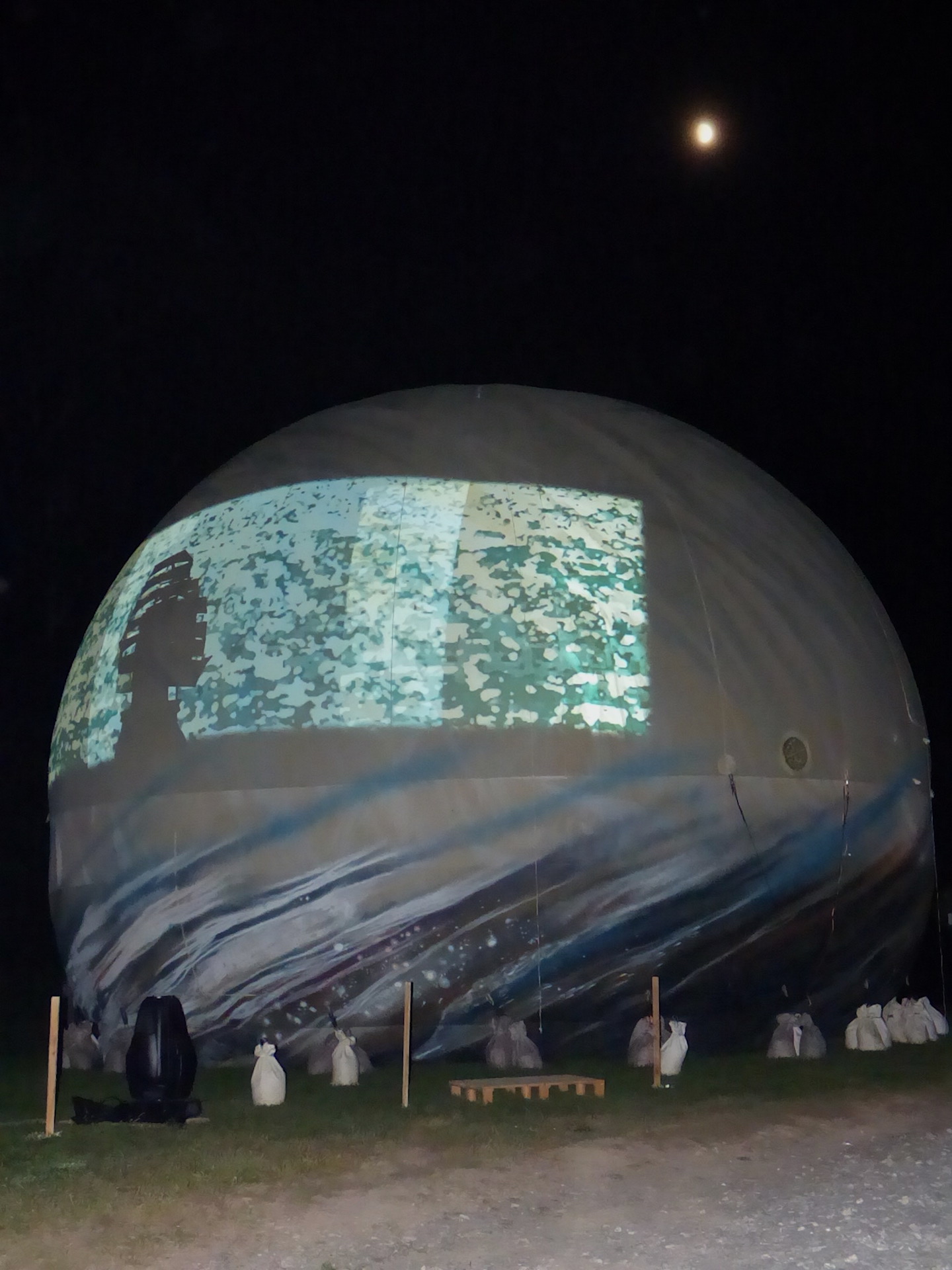