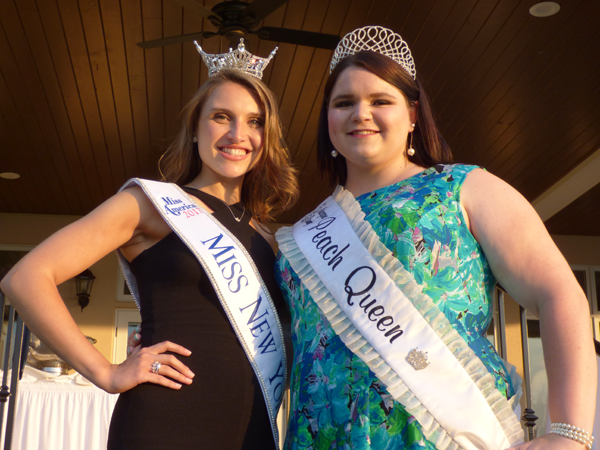 Thu, Aug 10th 2017 02:05 pm
2018 Miss New York Gabrielle Walter was the guest speaker at the annual Peach Queen dinner on Wednesday. The Clarence native encouraged 12 attending contestants to live with purpose, give back to others, and rely on their families when times get tough.
"You can achieve anything," Walter said.
She spoke of the four points on the Miss America crown - one each to represent scholarship, service, style and success - and explained how she's striving to achieve her dreams while having a positive impact on her community.
Walter, 24, is a summa cum laude graduate of Canisius College, where she received a Bachelor of Arts degree in communication studies with a minor in dance. She is currently a third-year law student at the University at Buffalo School of Law, and plans to pursue her legal career in commercial litigation and tax law.
As founder of "DreamUp America," Walter spends much of her time promoting her innovative platform in schools and community organizations across the state. DreamUp is an education-based transformational initiative that helps children determine and plot their future.
Walter said she is passionate about teaching young children the importance of setting goals, finding confidence within, seeking out opportunities and embracing diversity, while providing them with the life skills and tools to go after their dreams.
She is also the state ambassador for Children's Miracle Network Hospitals, the national platform of Miss America. 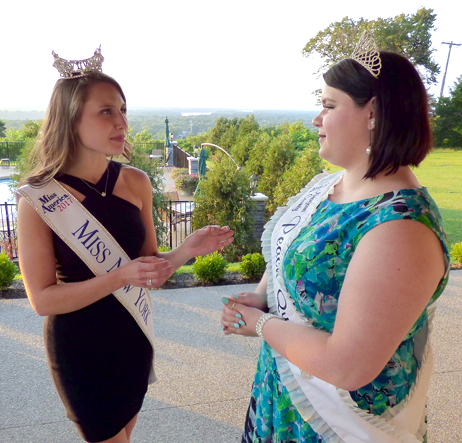 2018 Miss New York Gabrielle Walter offers tips to 2016-17 Niagara County Peach Queen Angelica Beiter.
The Peach Queen dinner was held inside the new banquet room at the Niagara Falls Country Club in Lewiston.
2016-17 Niagara County Peach Queen Angelica Beiter updated guests on her accomplishments of the past year. Most notably, she's raised almost $16,000 for the Make-A-Wish Foundation. For each $8,000 raised, one person can receive a once-in-a-lifetime wish.
Beiter, 19, received a standing ovation upon telling the audience she raised $10,000 at a vendor fair and basket auction last weekend. She received a wish of her own last December, and said she won't stop fundraising until she raises enough money for two people to each receive a wish.
In addition, Beiter plans to take this year's 14 Peach Queen contestants to the Ronald McDonald House for a day. There, they will prepare meals for families who have a loved one receiving medical care.
The next Peach Queen will be crowned in Academy Park on Sunday night, Sept. 10. That same night, Walter will compete in the 2018 Miss America Competition, airing live on ABC (WKBW-TV Channel 7) from Atlantic City's Boardwalk Hall at 9 p.m.
Scholarship pageant advisers Jennifer and Marty Pauly, in partnership with the Kiwanis Club of Lewiston, organized the Peach Queen dinner.
The Niagara County Peach Festival will take place Thursday through Sunday, Sept. 7-10. 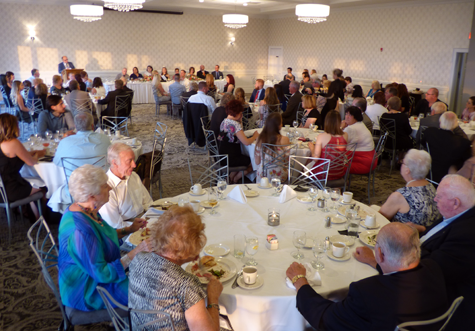 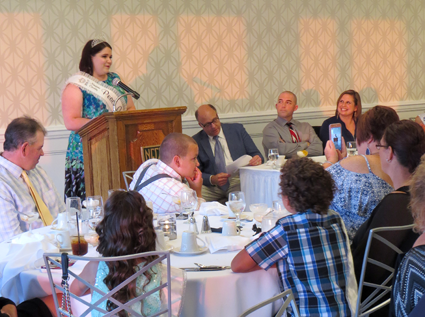 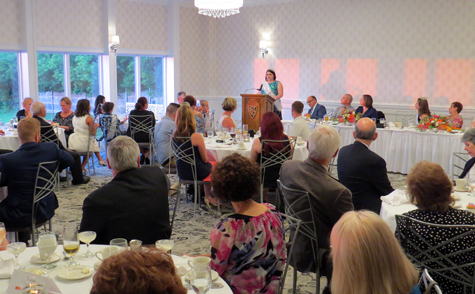 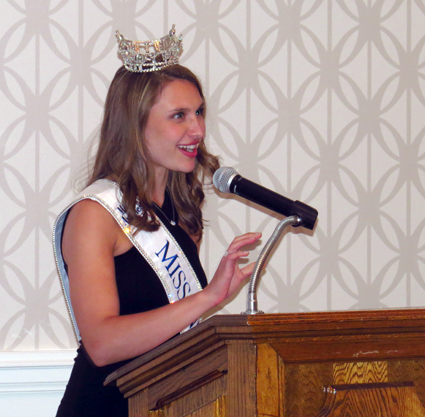 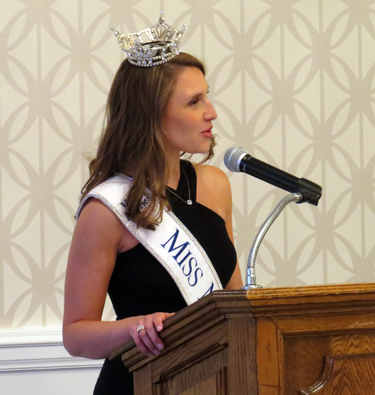 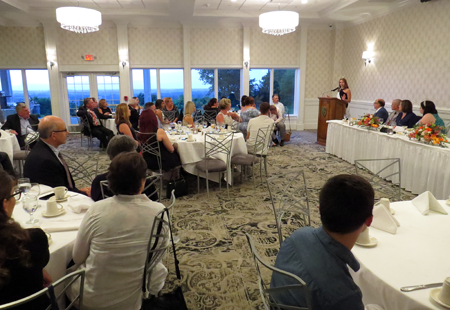 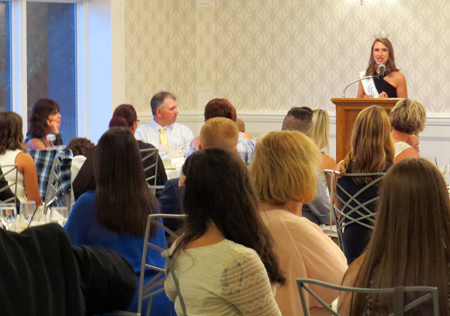 Cast a Vote for Walter
Readers can cast a vote for Walter and help ensure she advances in the Miss America Competition.
Voting is open for the "America's Choice" contestant. America will once again help a competitor advance to the top 15.
The public can vote at missamerica.org/vote and facebook.com/missamerica. One vote per day, per user, is permitted. Voting will close at 9 p.m. Tuesday, Sept. 5, with the chosen contestant announced during the Miss America Competition live broadcast's top 15 reveal.
The Miss America preliminary judges panel will select the remainder of the top 15. It is possible for America's Choice to also be among the judges' selection.
The 2018 Miss America Competition will showcase the intellect, grace and talent of 51 accomplished women representing their home states (and the District of Columbia) as they compete for the coveted title of Miss America.
Celebrity judges will evaluate the contestants' performances in the following categories during the live broadcast: lifestyle and fitness in swimsuit, eveningwear, talent, interview and on-stage questions. These young women will showcase their unique blend of intelligence, leadership, talent, physical fitness and dedication to community service, as they compete for the crown.
Walter's talent is Broadway vocal.
Chris Harrison and Sage Steele will serve as Miss America Competition co-hosts. The panel of celebrity judges will be announced in coming weeks. 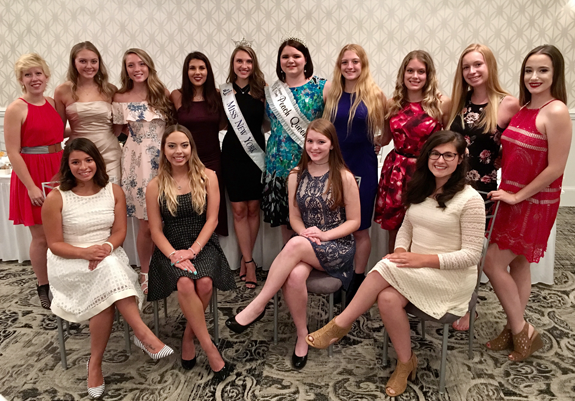