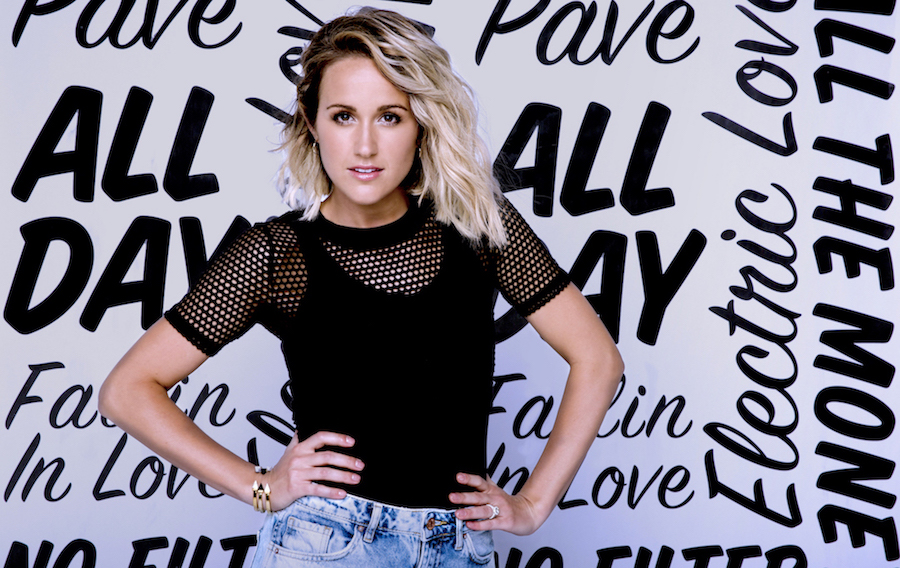 by jmaloni
Thu, Jul 20th 2017 09:25 pm
Artist performing July 28 at Kingdom Bound Festival inside Darien Lake
Preview by Joshua Maloni
Managing Editor
@joshuamaloni
Britt Nicole would never say this - heck, I'm pretty sure the thought has never crossed her mind.
But it's readily apparent to this writer that other musicians have watched Britt's music videos on YouTube and felt really silly.
Here she is, praying with others, encouraging people, telling us all that we're special, worthwhile and unique - actually striving to make the world a better place!
And there they are, singing about some ridiculous boy crush, fretting about clothes or dressed with inane costumes.
Their parents must be proud.
Now, it's not that those feelings and theatrics are wrong; it's just that these other artists could be doing more with their time, talent and platform.
For Britt, "I think it is important for people to know that they're loved," she said in a phone interview last week. "God's word says that the love of God draws people to repentance. I think that that is something I want to do, at my shows and when I meet people, is that I want them to feel loved. I think when they do then they can go, 'Man, I've got this area that I'm struggling with.' They feel that trust, you know, to open up. And we can go, 'Hey, let's talk about it. Let's pray about it. Let's see if there's some people around you that can help you get through that.'
"Yeah, I mean, I had definitely had times in school, in middle school and high school, that I was picked on or bullied, or just made to feel like I wasn't good enough. Different things like that. And I meet so many people who walk through those kinds of things, and even students, you know, they're walking though it right now. I want to just be their friend! You know? And go, 'Hey' I'm here. I know you don't know me, but I'm for you. I love you. I believe in you.'
"And just speaking that into somebody's life one time can change their whole life; to hear someone say that to them. Hopefully I can be that voice in their life."
That kind of beats dirty dancing in the club, don't you think?
That's not to say Britt couldn't go in another direction. She's an attractive young woman with a pop sound and a keen fashion sense. Some music industry types would be thrilled to dress her more seductively and pose her more provocatively; or to sway her to sing about frivolous things or maybe have her start a feud with someone.
"I definitely, at times in my career, was put in some situations," she said. "I remember my music had crossed over to pop, which was awesome - and God totally opened the doors, and I look forward to the future and what he does with that, because I love (that type of music). ... If I have the opportunity to stand in front of those girls (idolizing these other pop stars), then I would say, 'God, I want to do it.' I want to be a voice to them. I pray that God continues to open doors.
"But I do remember times in my career - like I got to go to Japan with my first record. It had crossed over into their pop market there. And I remember doing this photo shoot, and they would say, 'We really need you to wear this,' or 'Kind of be more like this on the camera,' and I was just like, 'No.'
"I definitely remember being (pressured) on the first record. I was young at the time, and I wasn't probably as brave or as bold and outspoken as I am now, but I still made it known. I feel like now I would be like, 'Nope; I'm good.' You know? 'I don't need to do that.' But then it was like, 'Wow; this is very interesting. I've never been put in a situation like this.' "
"But for me, I choose to just be who God has called me to be," Britt said. "I don't look at other people around me and go, 'Oh, man, you shouldn't do that or this or whatever.' But, I know for me, who is the artist that God has called me to be - the woman that he has called me to be? ... I just try and live that out.
"Have I always done it perfectly? Of course not. But I try, and just show women that they are royalty. It's all of us. God said he made us a royal priesthood. He crowned us with glory and honor. I feel like a lot of that, especially girls, sometimes, they don't see themselves that way. And that shows in other areas, when they don't see themselves as who they really are." 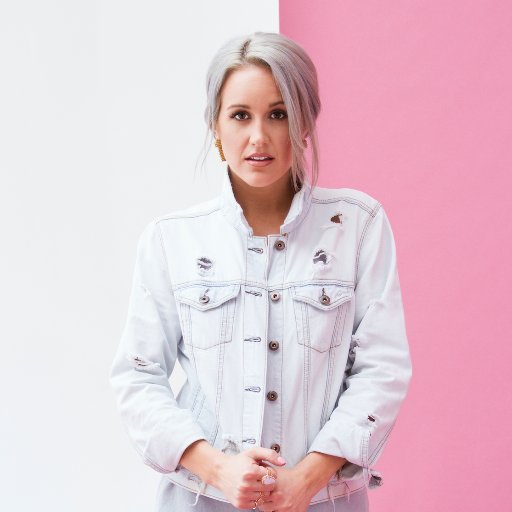 Britt Nicole (Photo by Nikko La Mere)
Ironically, Britt's selflessness has made her music royalty. Earlier this month, the Grammy-nominated singer scored her seventh No. 1 single with the song "Be The Change." At that time, the song had been streamed more than 2.5 million times.
"You know, it's always so encouraging that people want to play the songs and that they're connecting - and fans are connecting to it; and they're making it their own; they're living out the songs," Britt said. "And every time my label reaches out and goes, 'Hey, the song is No. 1,' I'm like, 'Yay!' It's so fun and so encouraging. If I ever go, 'Eh,' you know, 'I don't care,' I feel like that would definitely not be the right place to be in.
"I'm just always so grateful that people are enjoying the music, and they're responding to it. I'm super thankful."
The album's first single, "Through Your Eyes," also shot to No. 1.
Britt said the self-titled album "felt like a representation of my heart. I wrote songs only about my husband, about my kids, about my friends, my faith - every single area of my life was represented in that record - and it was my first record that I had ever written while being married and having kids. It's definitely a new process for me."
Of course, both songs have a ways to go before they reach "Gold" status. The video for Britt's 2013 single has been viewed more than 20 million times.
Still in disbelief, she said, "I don't usually keep up with all the views and everything - I see stuff here and there if I'm posting things, or whatever. But someone just told me that recently. They said, 'Man, I think your 'Gold' video is at 20 million views.' And I was like, 'Wow, that is amazing!' You know?
"It just shows you, obviously, that people are responding to that song and that message. It really did feel like the song that would never die - in a great way! Even (now) at every show, when I go into 'Gold,' people just - that's the moment that they love.
"It's a message that people need to hear. I wrote that song from that place. I remember being in the writing session and my friend said to me, 'Britt, I'm here to remind you that you're the apple of God's eye.' And I just started crying, because I was like, 'I know I believe that; that's true; but I don't feel like I'm really believing it.'
"And I said, 'Man, if I feel this way, then there's got to be other people that feel this way.' I just feel that people connect with that song, and they watch that video over and over and over again - or 'Lost Get Found' or other songs like that." 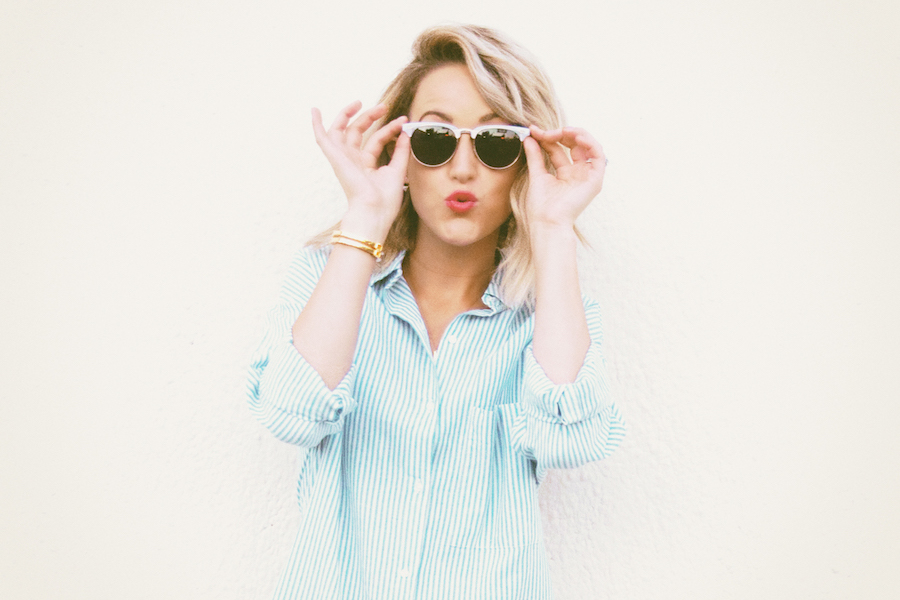 Britt Nicole (Photo by Nikko La Mere)
Britt is one of the performers at this year's Kingdom Bound Music Festival at Darien Lake. She is slated to perform at 8:15 p.m. Friday, July 29, on the amphitheater stage. Tickets and more information can be found HERE.
"It's so fun," she said. "Festivals are so different than touring, because you do, you get to see new artists every weekend, and hang out with friends that you haven't seen in a while. And then the people are really there to have a great time. I think that's what makes the summer festivals so much fun. They're there riding rides and having a good time with their family.
"But it's so cool to see in those moments, too, that, in the midst of all that, that there's someone there who's hurting or broken and needs to see God just touch someone's life. And maybe they felt they were coming just to ride rides and have a good time, but then they see one of the artists that they love, and see God just really move in their life. And that's so special.
"So, I've always enjoyed doing the festivals, and I'm so excited to come see you guys!"
Kingdom Bound runs from Wednesday through Saturday, July 26-29.
Festival Communications Director Dave Bruno said, "Kingdom Bound will be an amazing four days filled with fun, excitement and faith-filled, encouraging messages all across the festival. With over 50 bands and inspirational speakers, plus an amusement and water park with amazing and thrilling rides, a great time is sure to be had by all."
Get connected with Britt Nicole 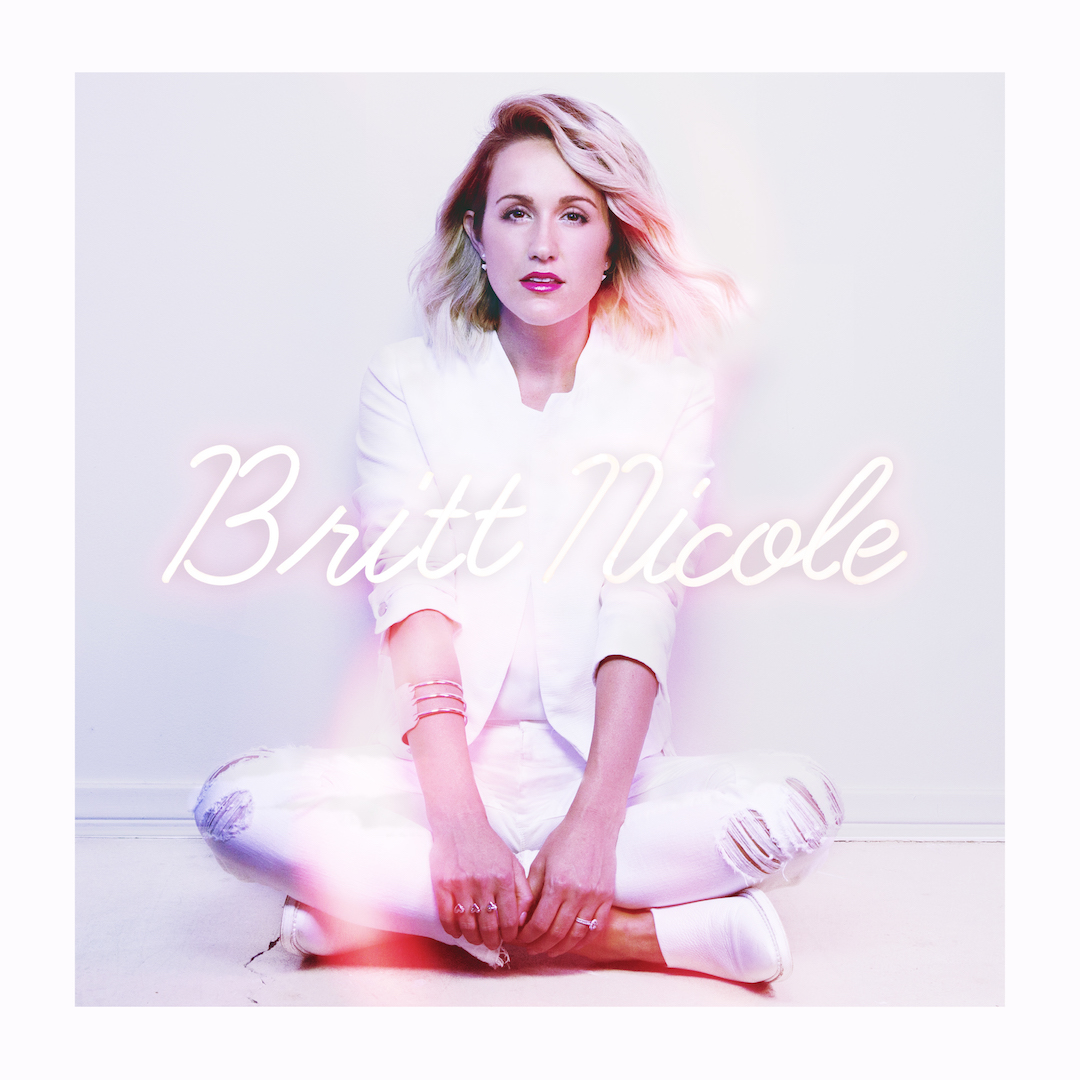