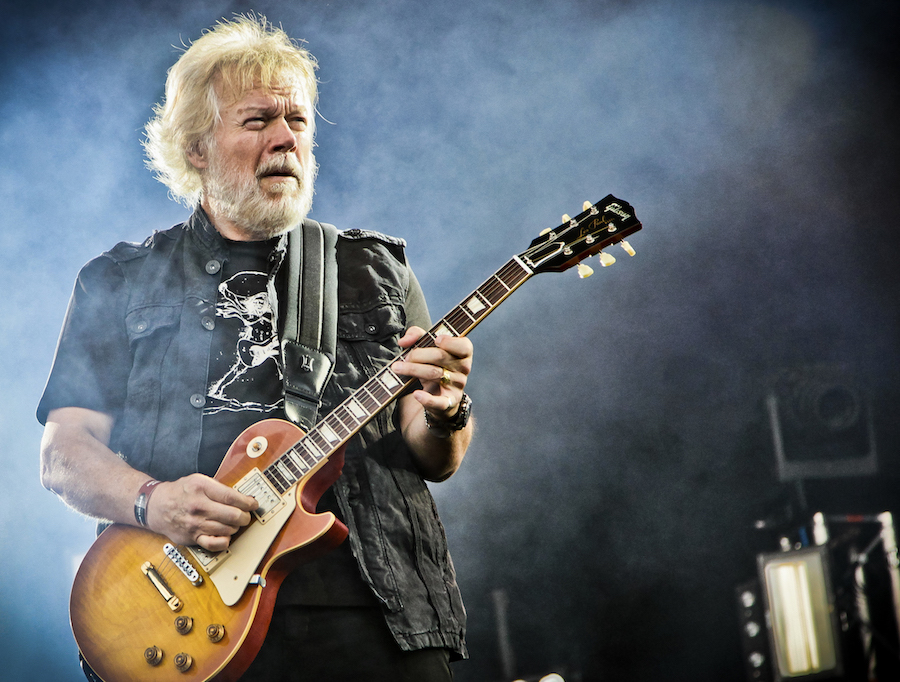 by jmaloni
Fri, Jun 16th 2017 04:20 pm
By Joshua Maloni
Managing Editor
On June 20, two-time Canadian Music Hall of Fame inductee Randy Bachman will perform at Artpark as part of the "Tuesdays in the Park" concert series.
Bachman co-founded seminal rock outfits The Guess Who and Bachman-Turner Overdrive, and wrote many hit songs. But he's recently shifted gears to blues music.
Bachman was offered the opportunity to make an album with True North Records and, working alongside drummer Dale Ann Brendon and bassist Anna Ruddick (as the "power trio" simply titled "Bachman"), he released "Heavy Blues" in 2015.
He said the idea first came to him when he was inducted into the Musicians Hall of Fame in Nashville in 2014. It was there Bachman bumped into rock legend Neil Young.
"Neil came up to me at the reception and said, 'Hey, what's shaking? What's going on?' I said, 'I can't believe it; I got offered a record deal.' And he said, 'Don't do the same old Randy Bachman (music).' I said, 'What do you mean?' He said, 'You've already done that. It's been successful. Don't do it again. Do something totally, completely new. Shock yourself. Shock everybody else. Scare yourself. Be fierce. Be ferocious. And do something absolutely off the cuff and different that you'd never, ever do before.' "
Fellow guitar legends Young, Peter Frampton, Joe Bonamassa, Robert Randolph, Scott Holiday, Luke Doucet and the late Jeff Healey all contributed solos to "Heavy Blues."
Bachman said "Heavy Blues" was "a really, really great experience for me," but he noted these songs are not as recognizable as songs he penned with The Guess Who or BTO.
"When I play, I pretty much only do one or two songs from 'Heavy Blues'; I do four or five BTO songs that I wrote and sang; and I do four or five Guess Who songs that I wrote and sang," he said. "We're giving the audience ... me. I'm visiting them, or they're visiting me. They're coming to see me, and it's like a conversation.
"Basically, I start with my first hit record, 'Shakin' All Over,' and then I go 'These Eyes' and 'She's Come Undone' and 'American Woman.' And then into 'Taking Care of Business,' 'You Ain't Seen Nothing Yet.' Throw in 'Heavy Blues' or 'Wild Texas Ride' or something like that."
"Tuesdays in the Park" concerts begin at 6:30 p.m. Artpark is located at 450 S. Fourth St., Lewiston. Ticket information is available at www.artpark.net.