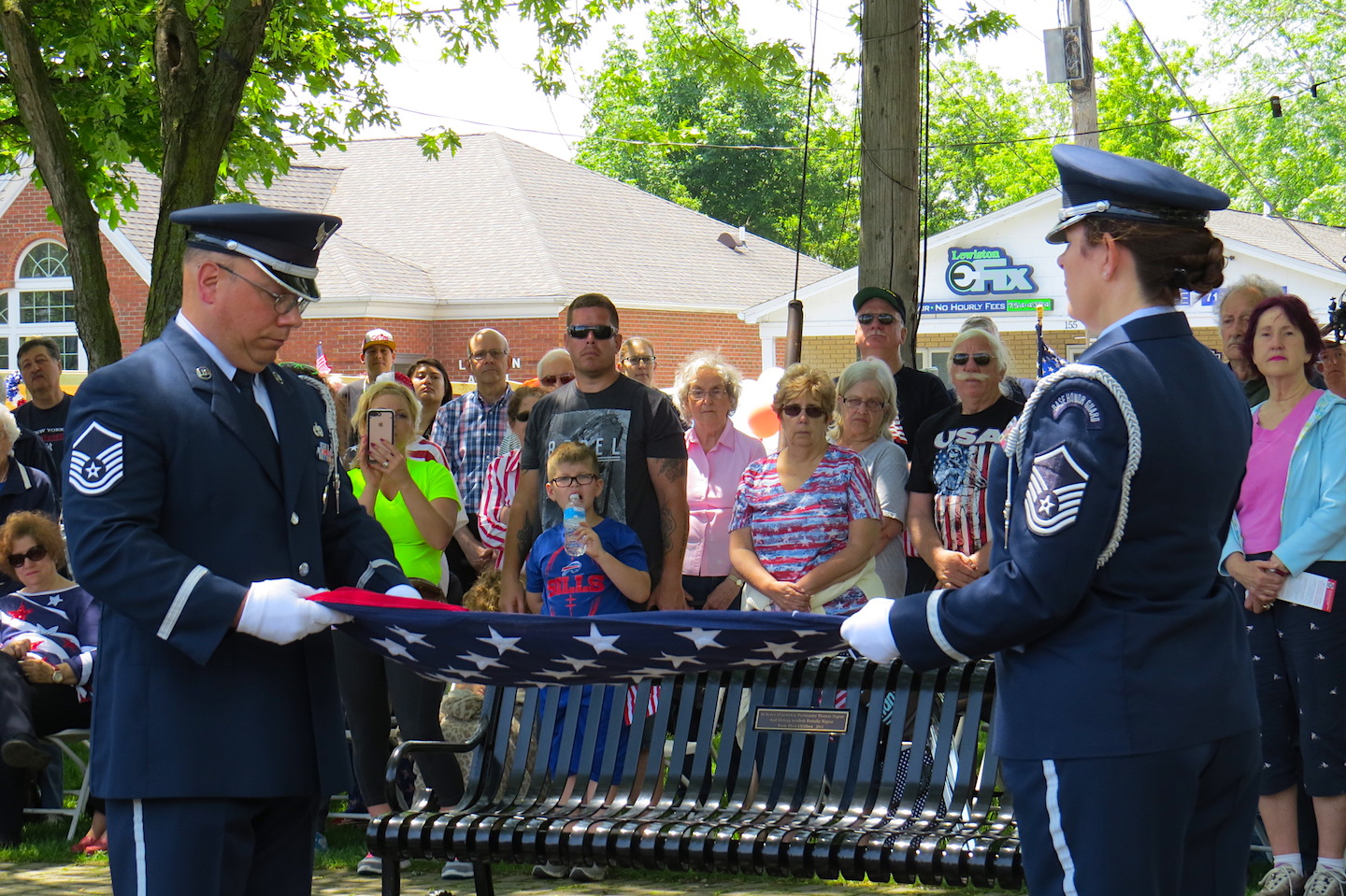 by jmaloni
Mon, May 29th 2017 03:45 pm
A record number of people - more than 500 in total - came out to observe and participate in the Lewiston Memorial Day ceremony on Monday. The annual event is organized by Veterans of Foreign Wars, Downriver Post No. 7487.
Despite a threat of rain, people lined Center Street to watch the parade march down from Fourth Street to Academy Park. This year, two new floats were featured: One for veterans, donated by Emery Simon, who escorted the service members along the route; and a second, donated by Deal Realty, which collected items for veterans and their families.
Skies cleared and the sun came out as the procession reached the park, and the monument and eternal flame dedicated to those who served this country. The ceremony included a reading of the roll of those who lost their lives defending freedom; a wreath-laying ceremony; music; an induction of new VFW members; and moments of prayer and reflection.
Keynote speakers included New York State Sen. Rob Ortt, Assemblyman Angelo Morinello, Village of Lewiston Mayor Terry Collesano and Lt. Col. Douglas Euote, 107th Operations Squadron commander, Niagara Falls Air Reserve Station.
Once the ceremony concluded, guests were invited to dine together at a free community luncheon. Chicken dinners were donated by The Brickyard B.B.Q & Pub. Hibbard's Original Frozen Custard donated dessert.
The 400-person tent donated by Brett's Tent & Awning was filled to capacity, and some people sat just outside and around the park.
As part of the luncheon, Morinello presented VFW Commander Bill Justyk with a proclamation for community service.
(Photos and video by Joshua Maloni) 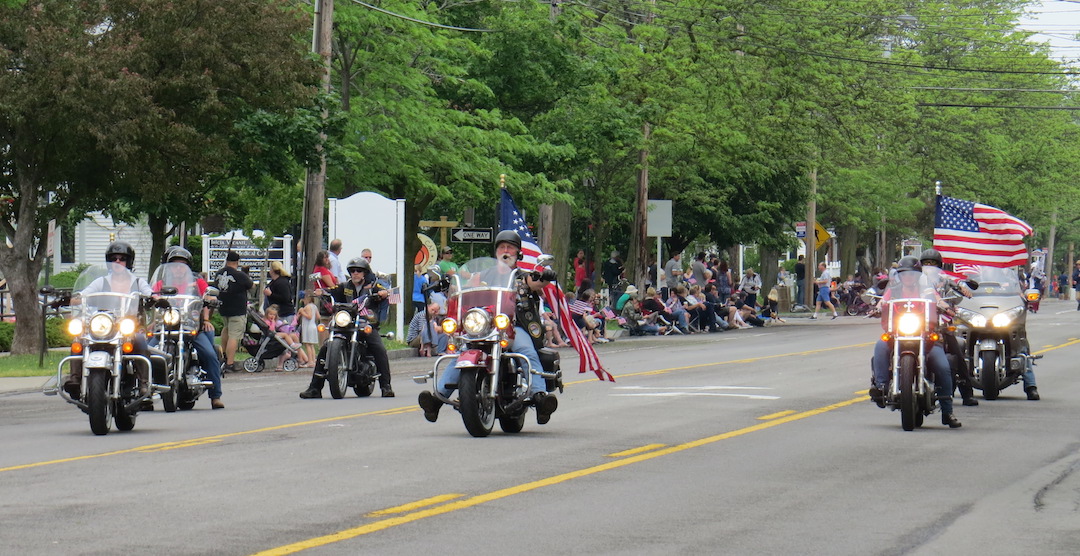 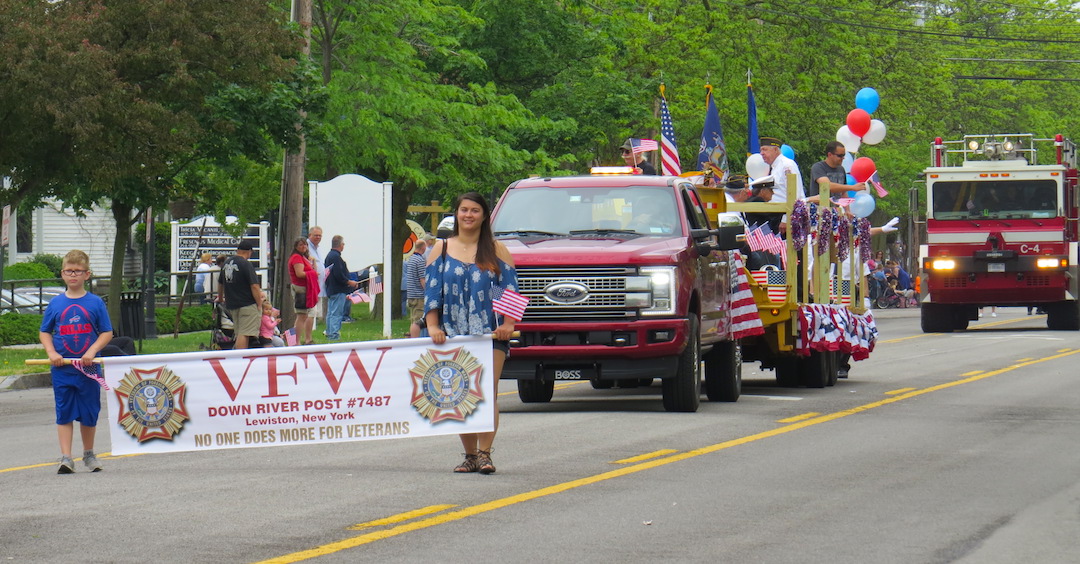 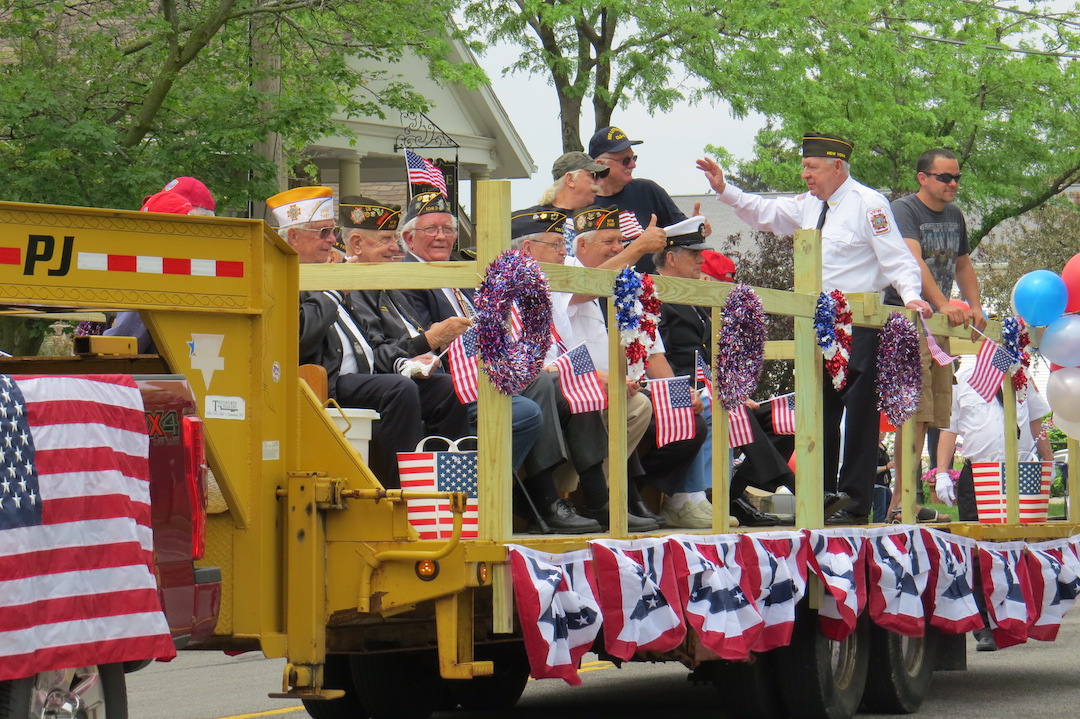 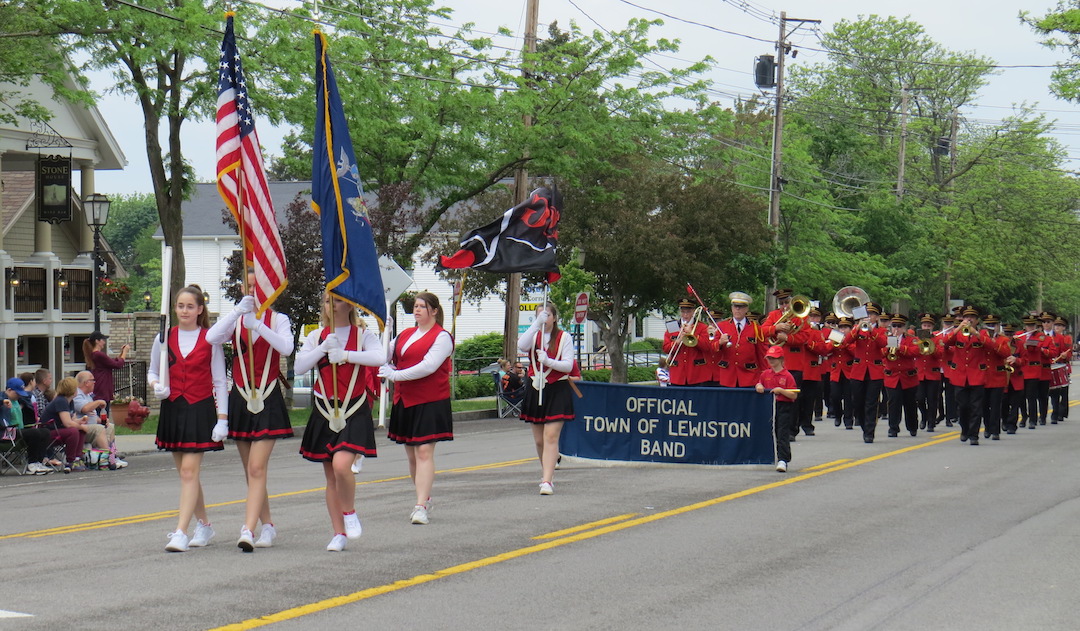 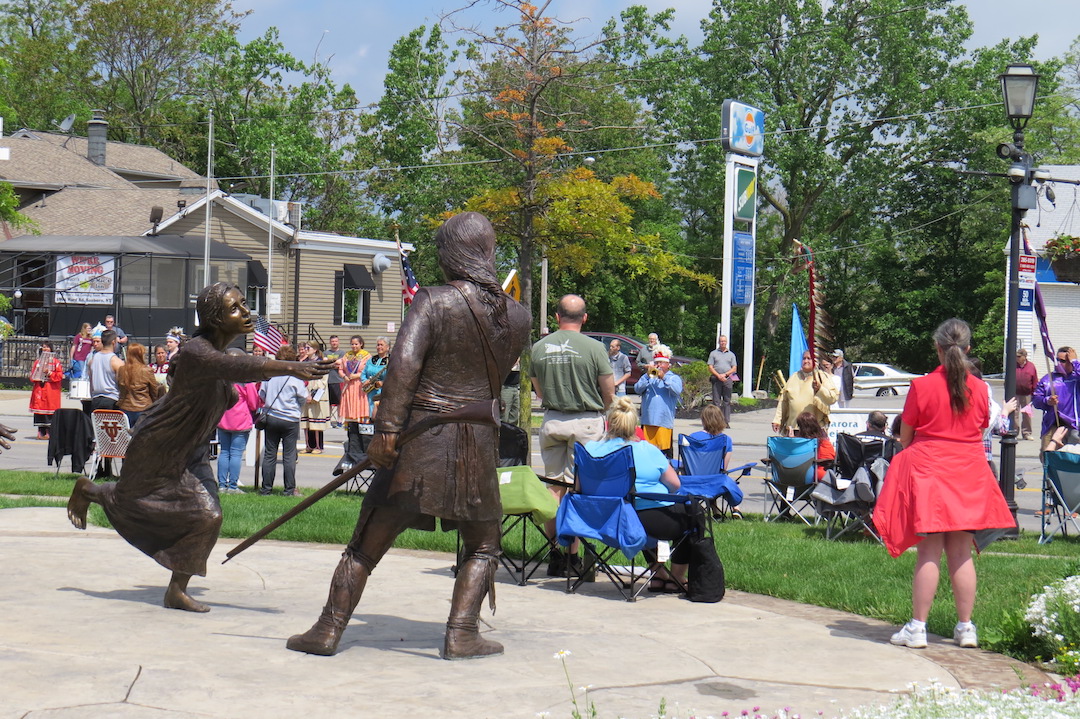 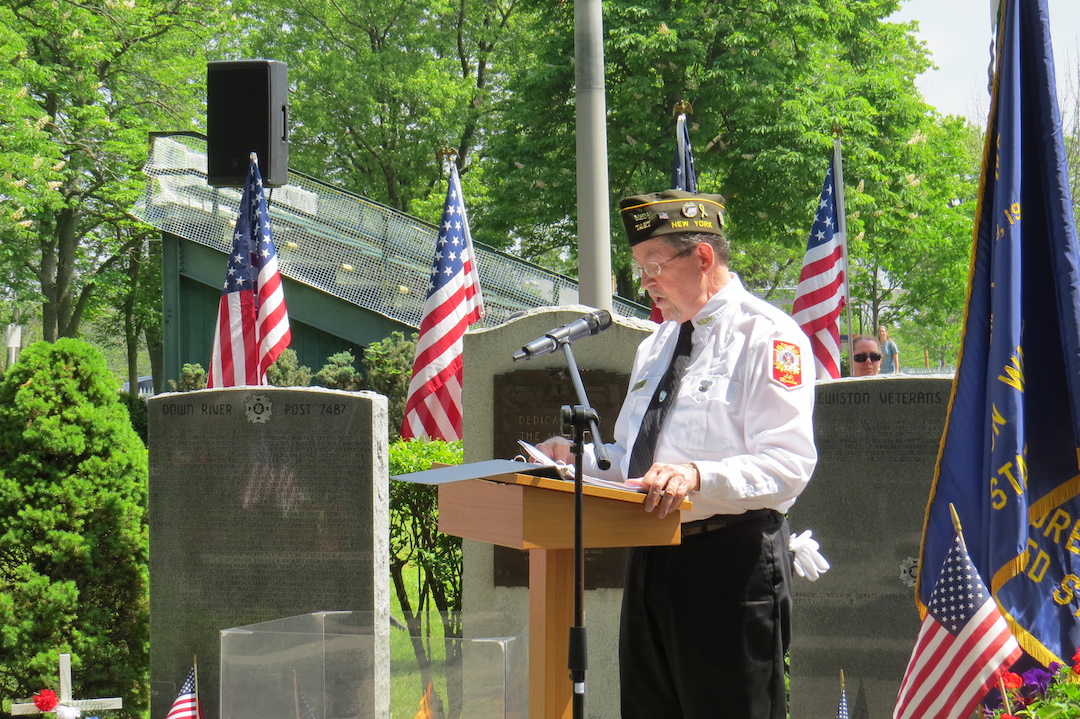 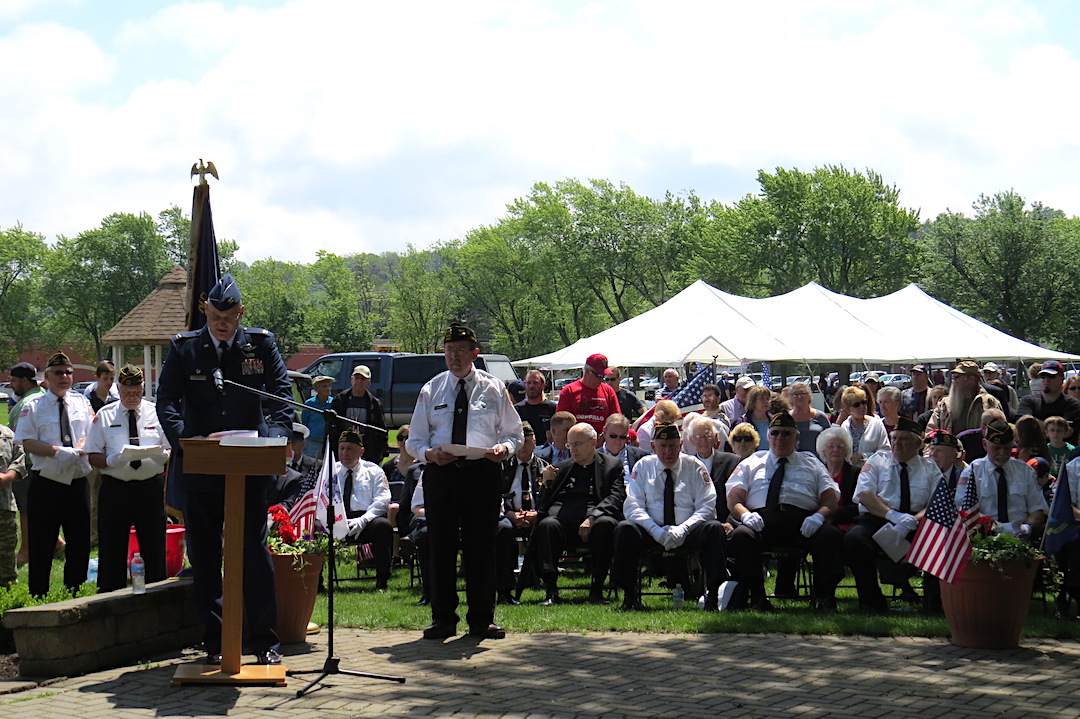 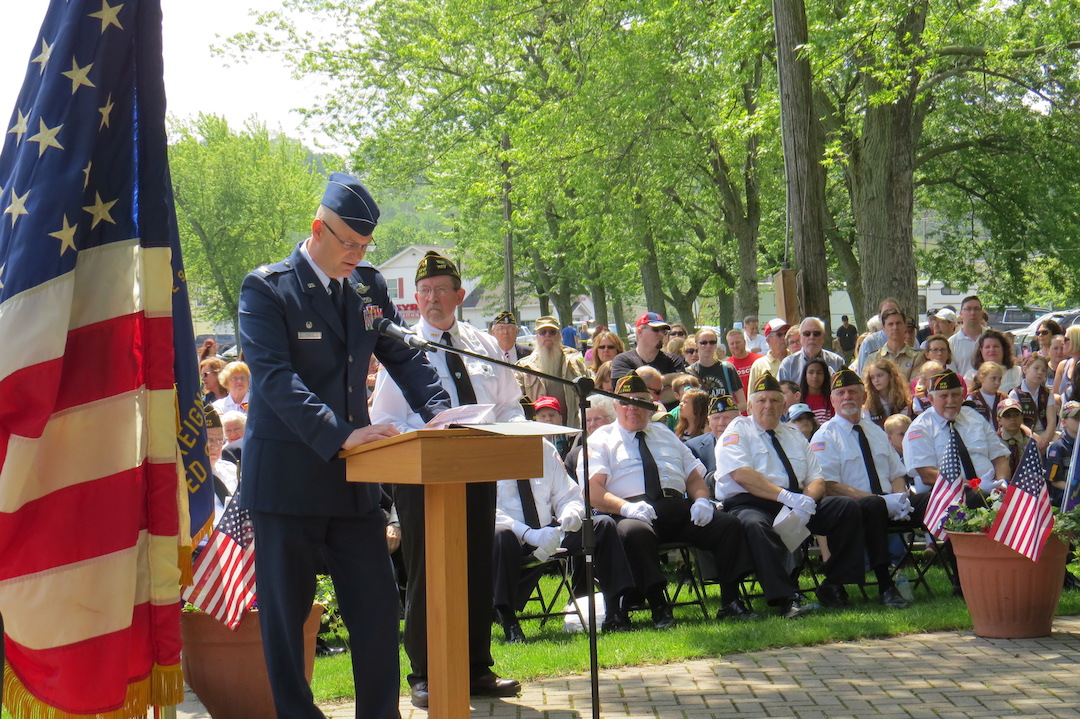 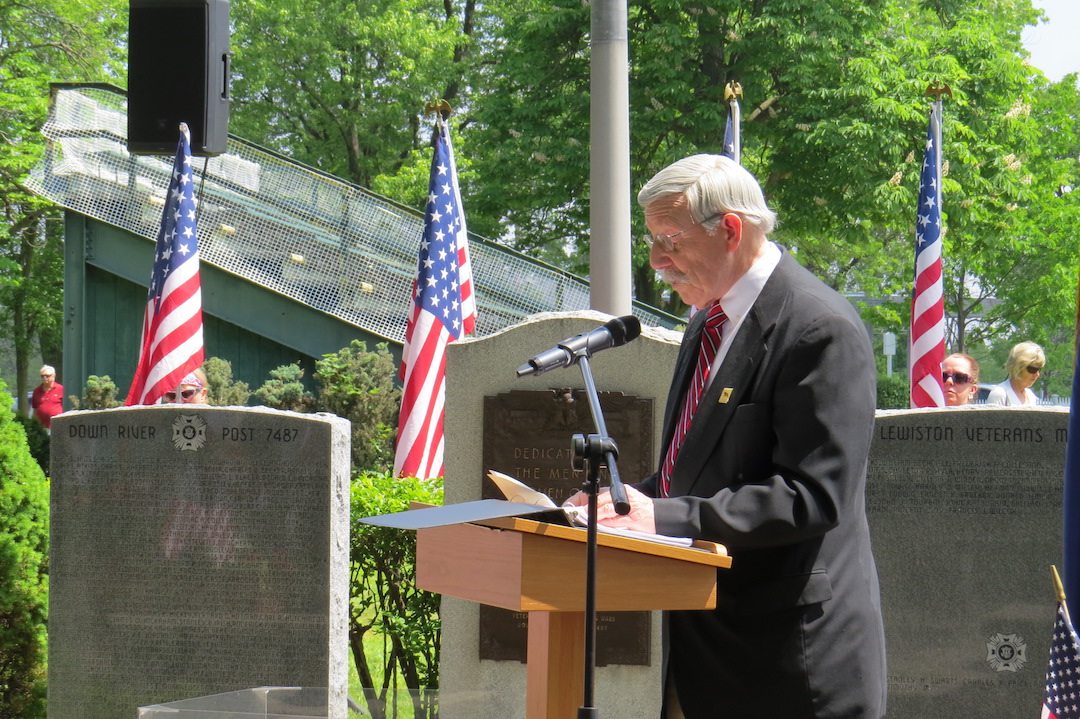 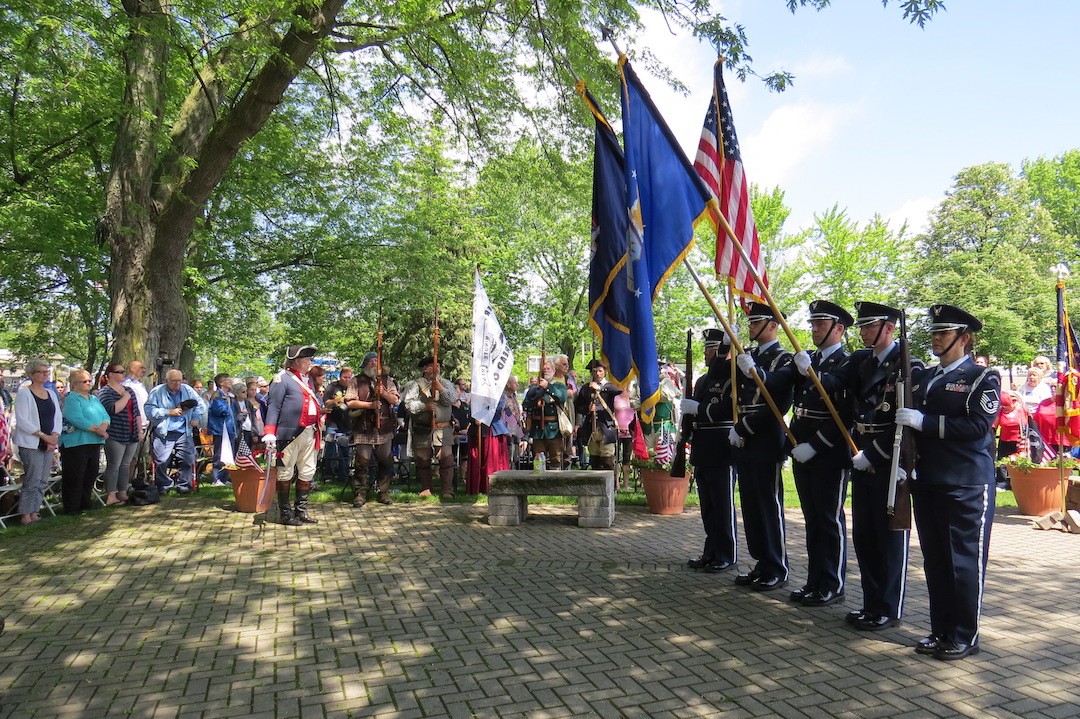 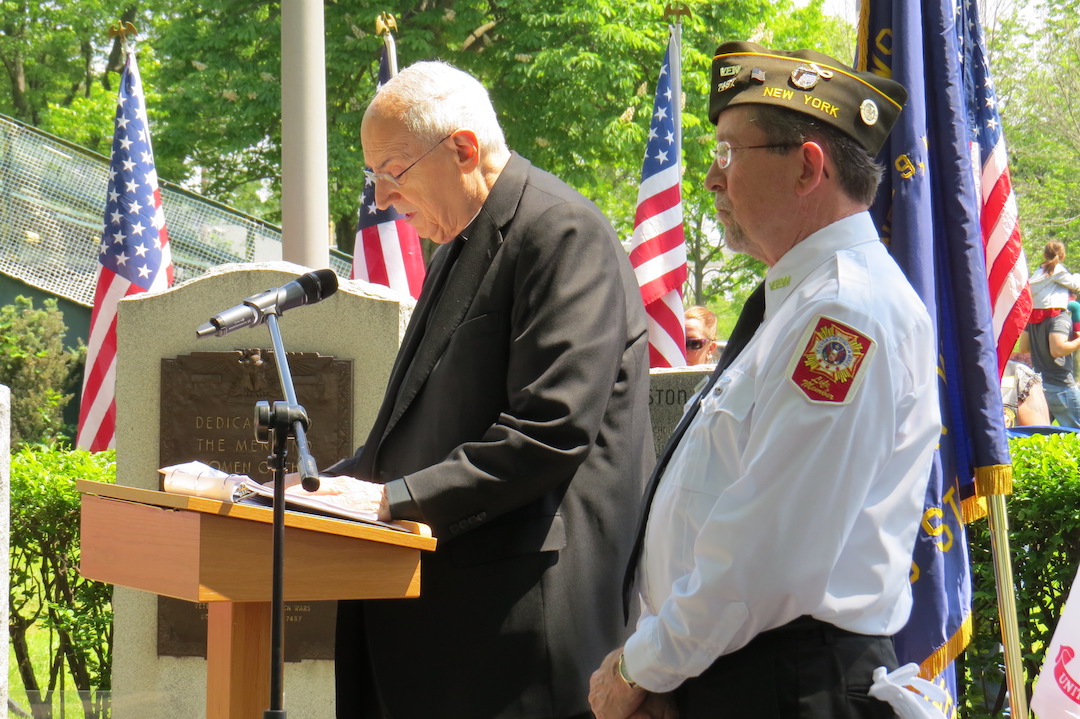 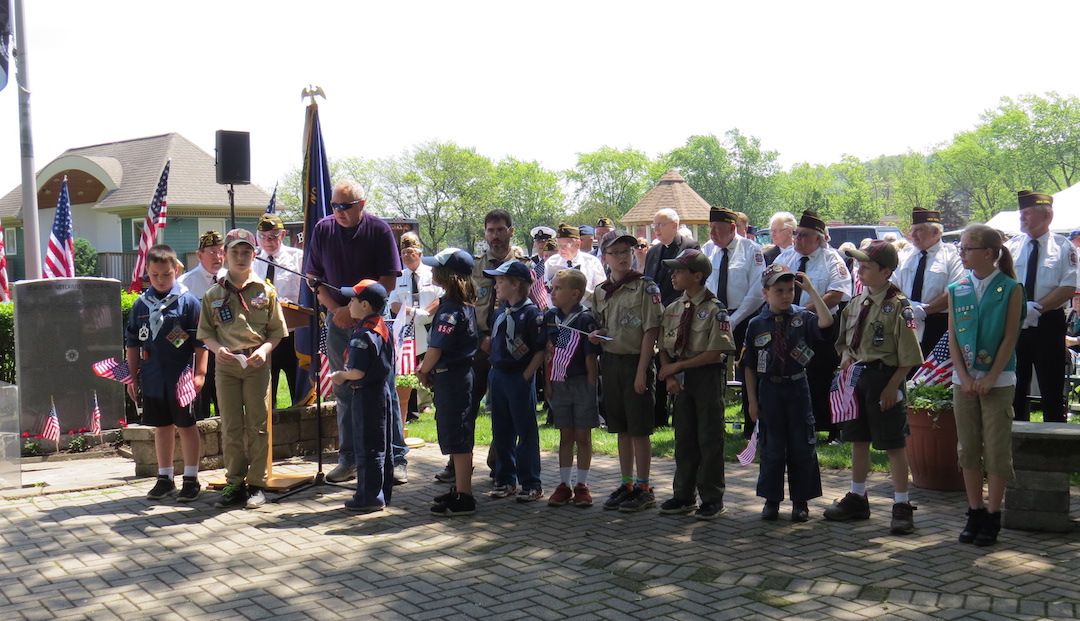 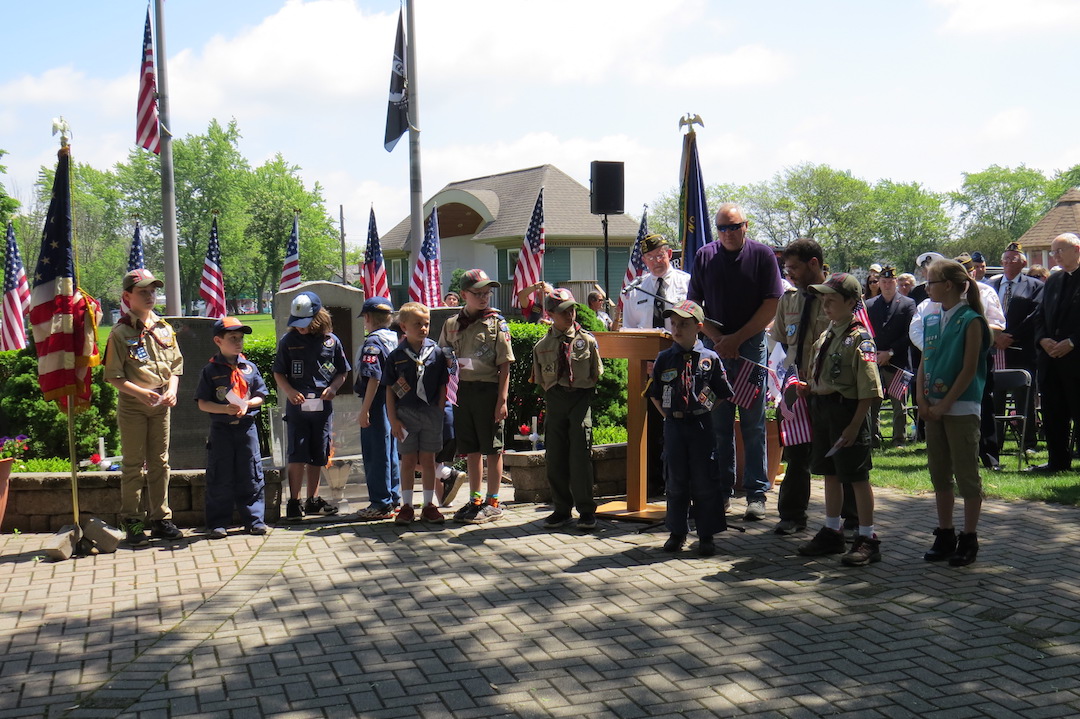 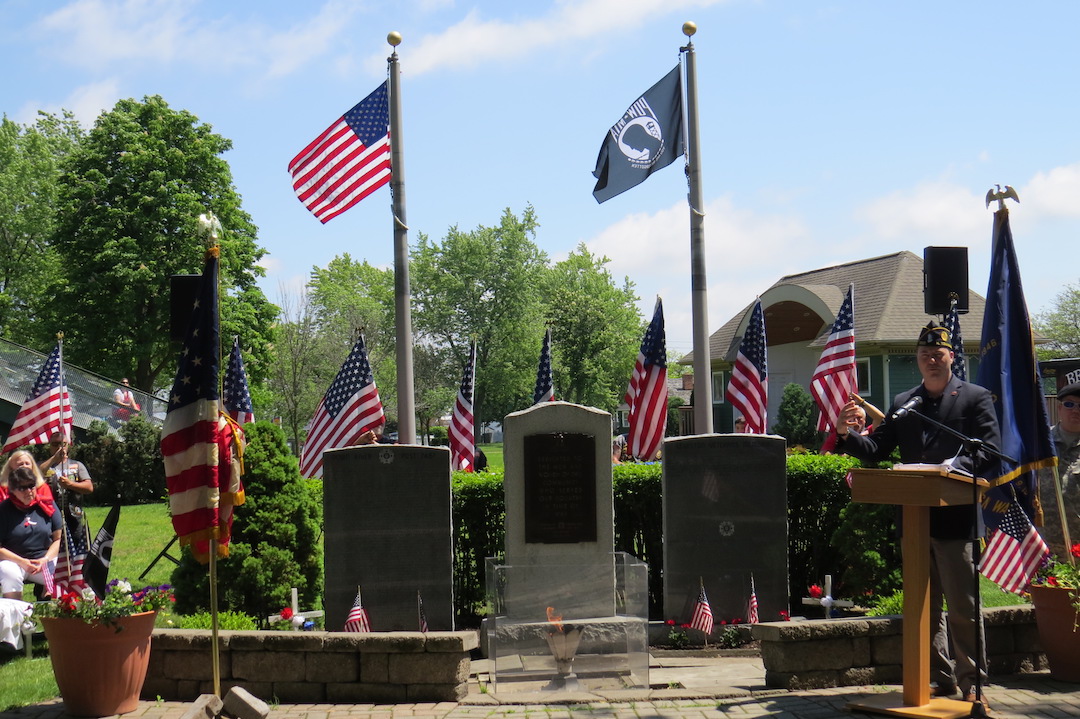 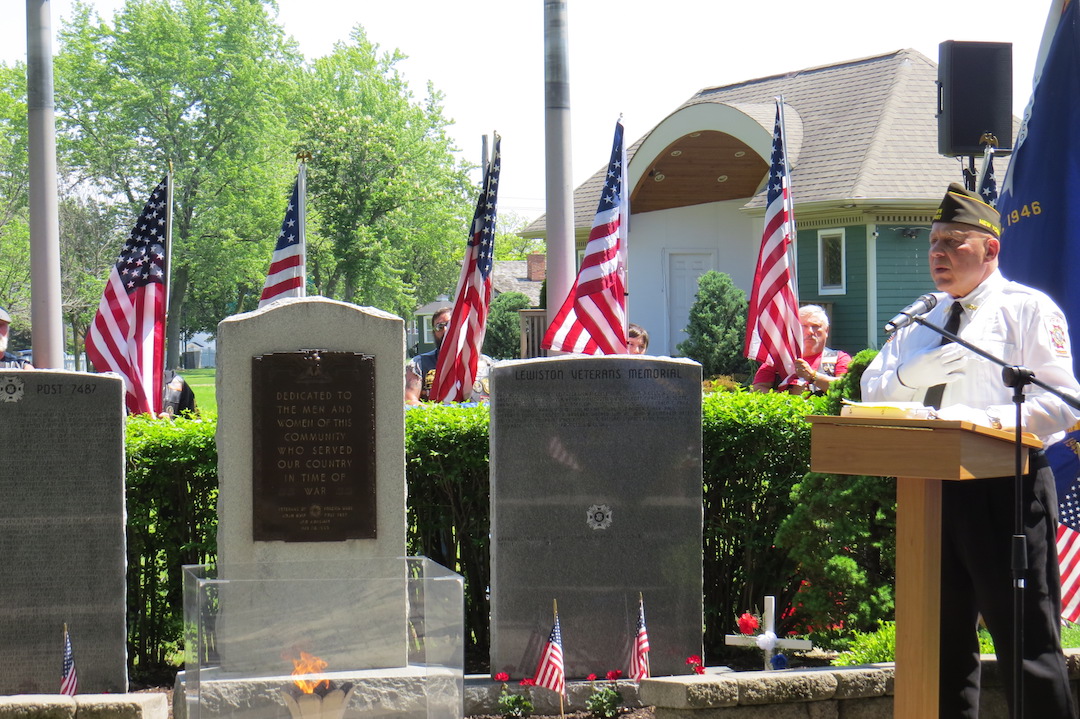 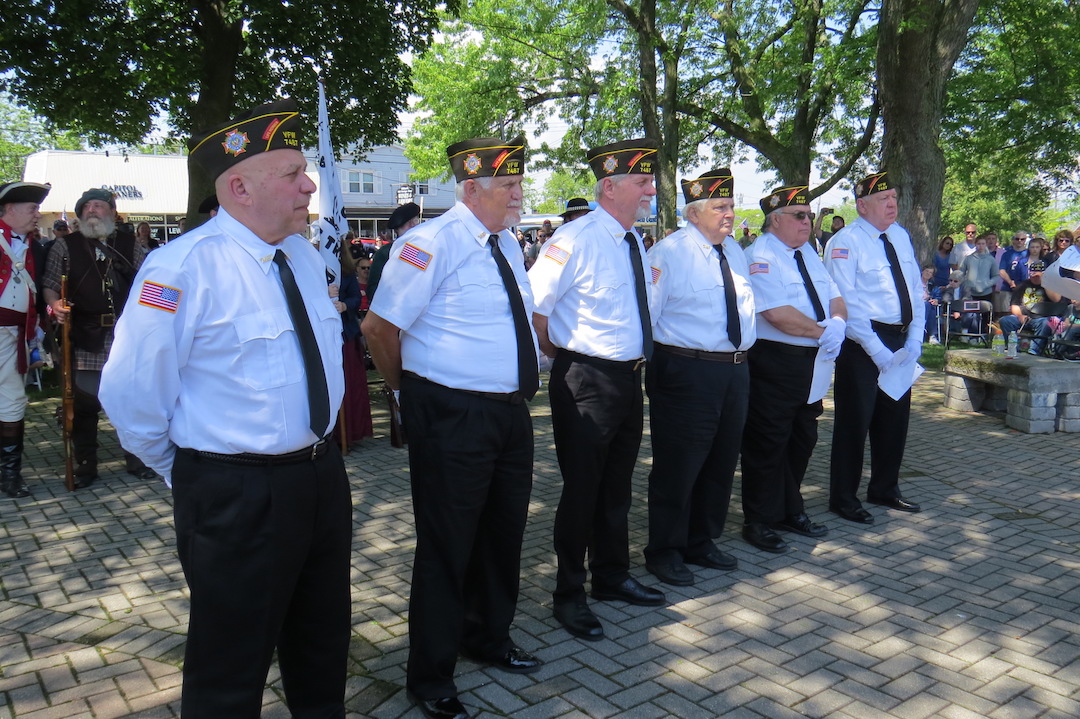 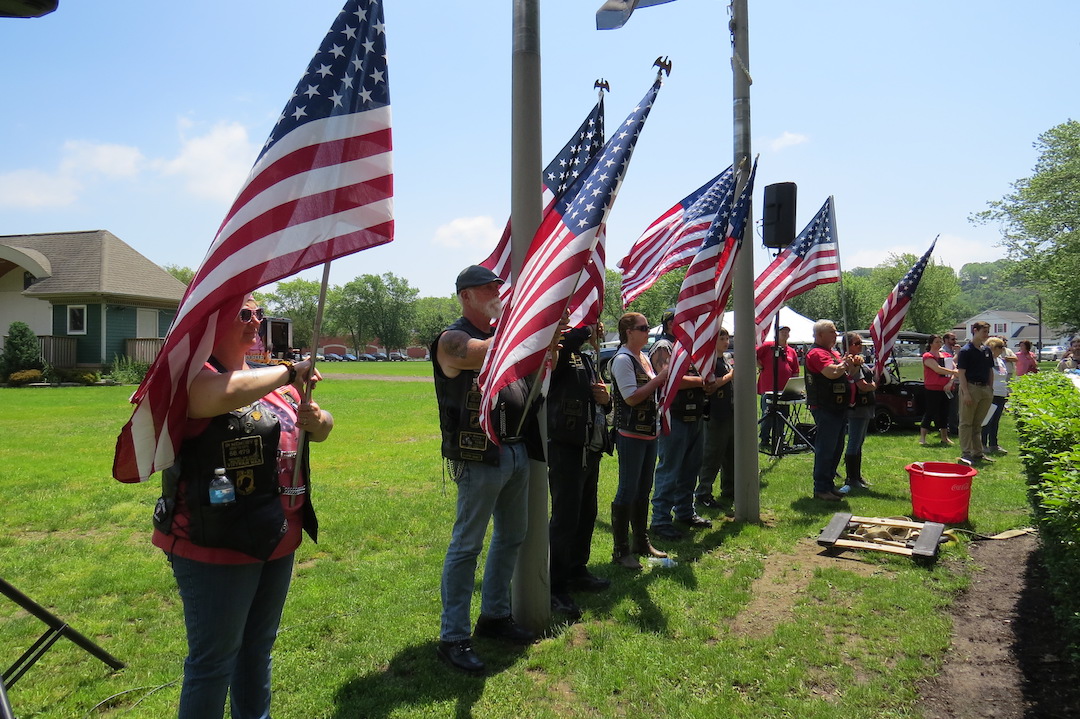 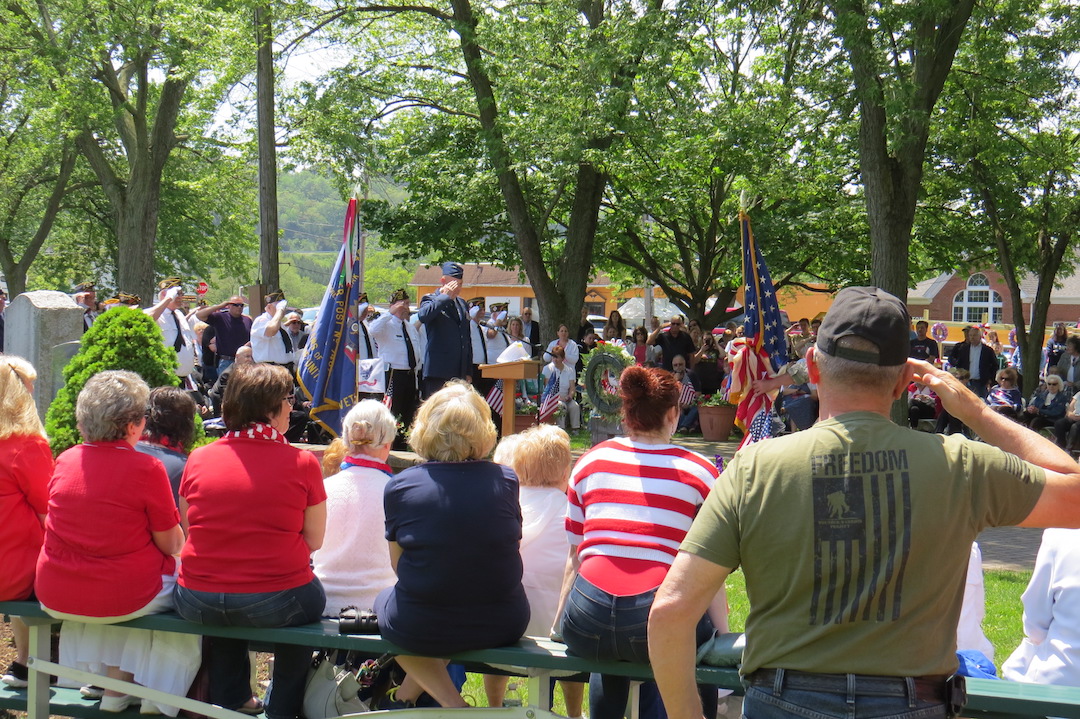 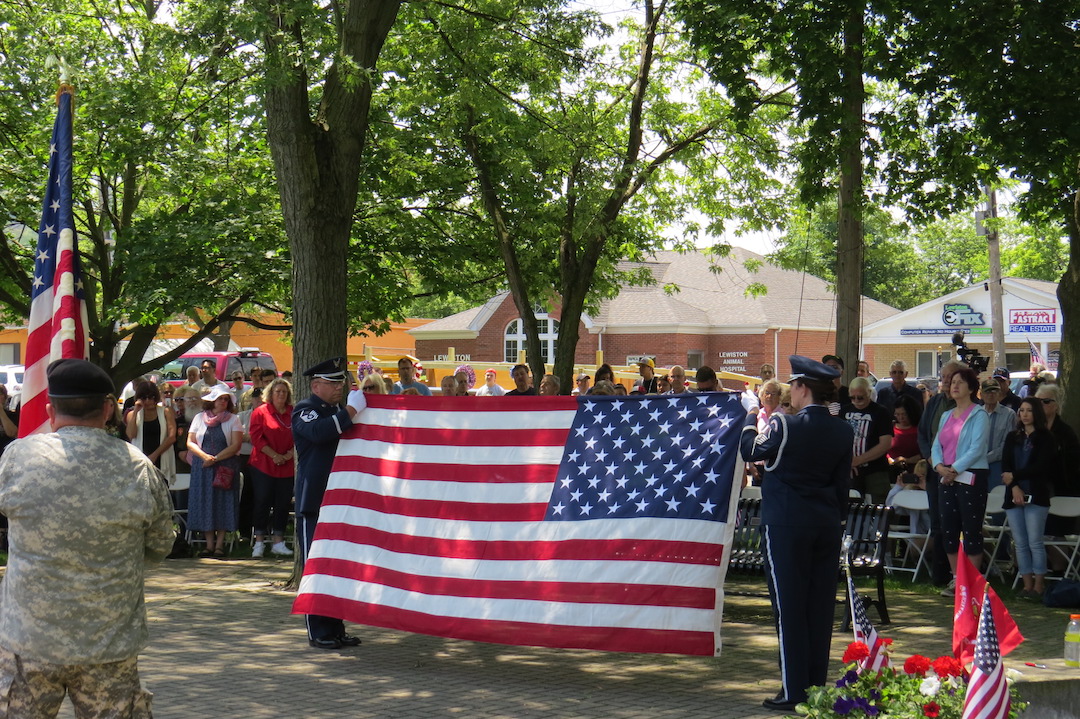 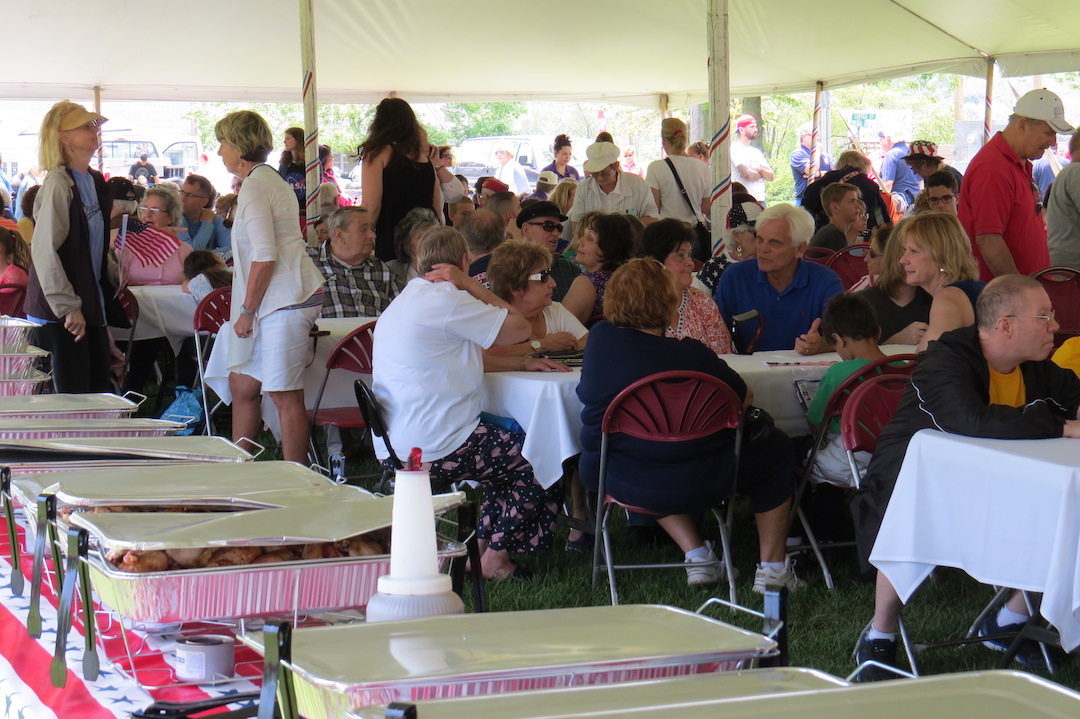 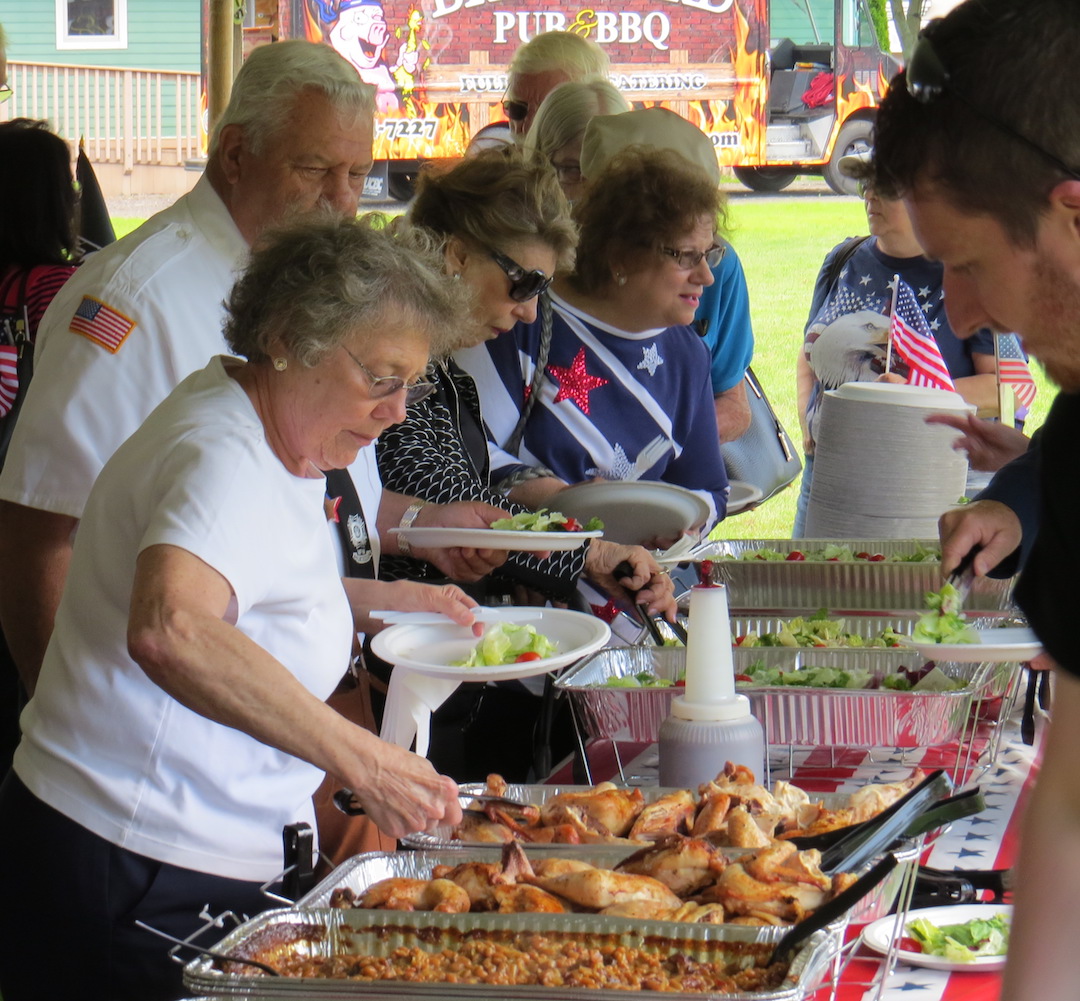 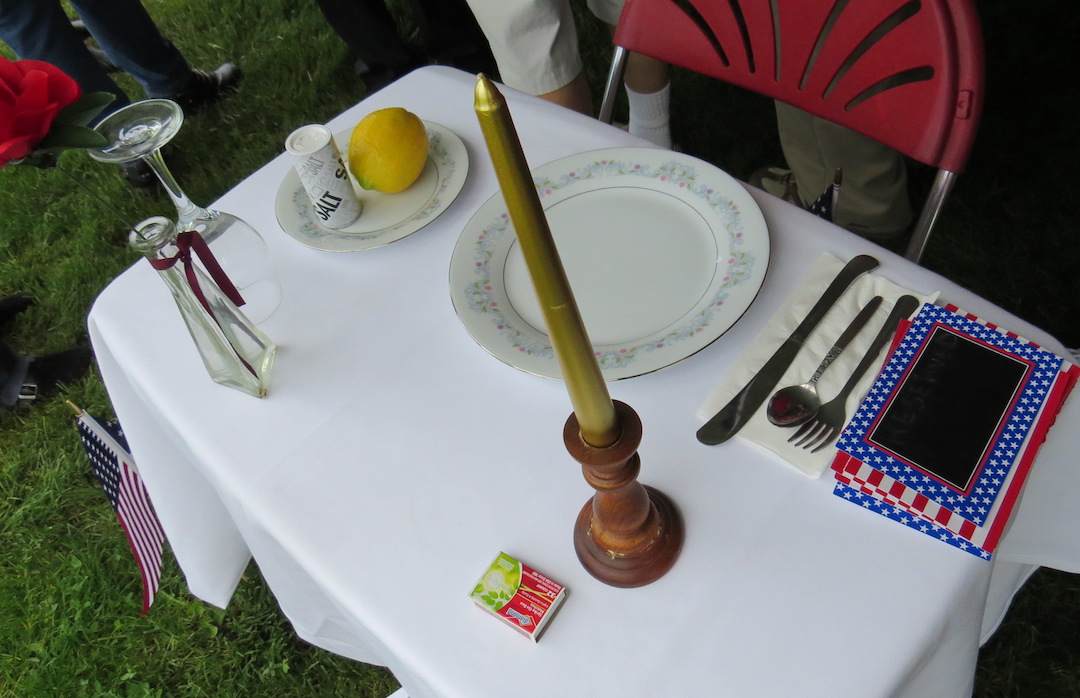 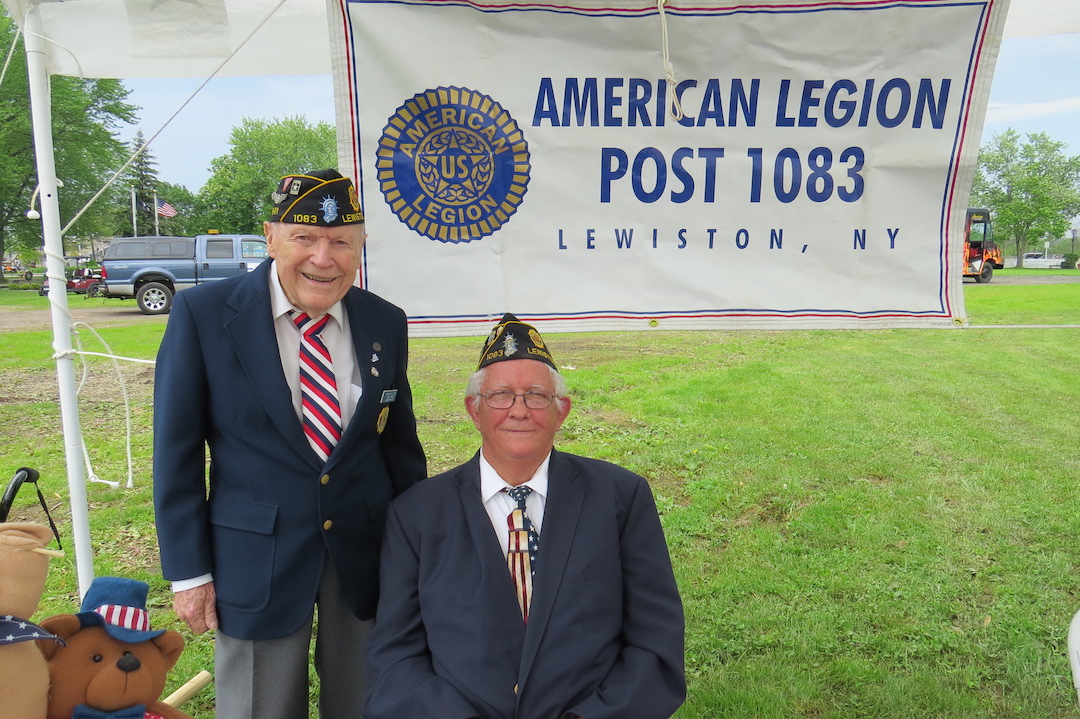 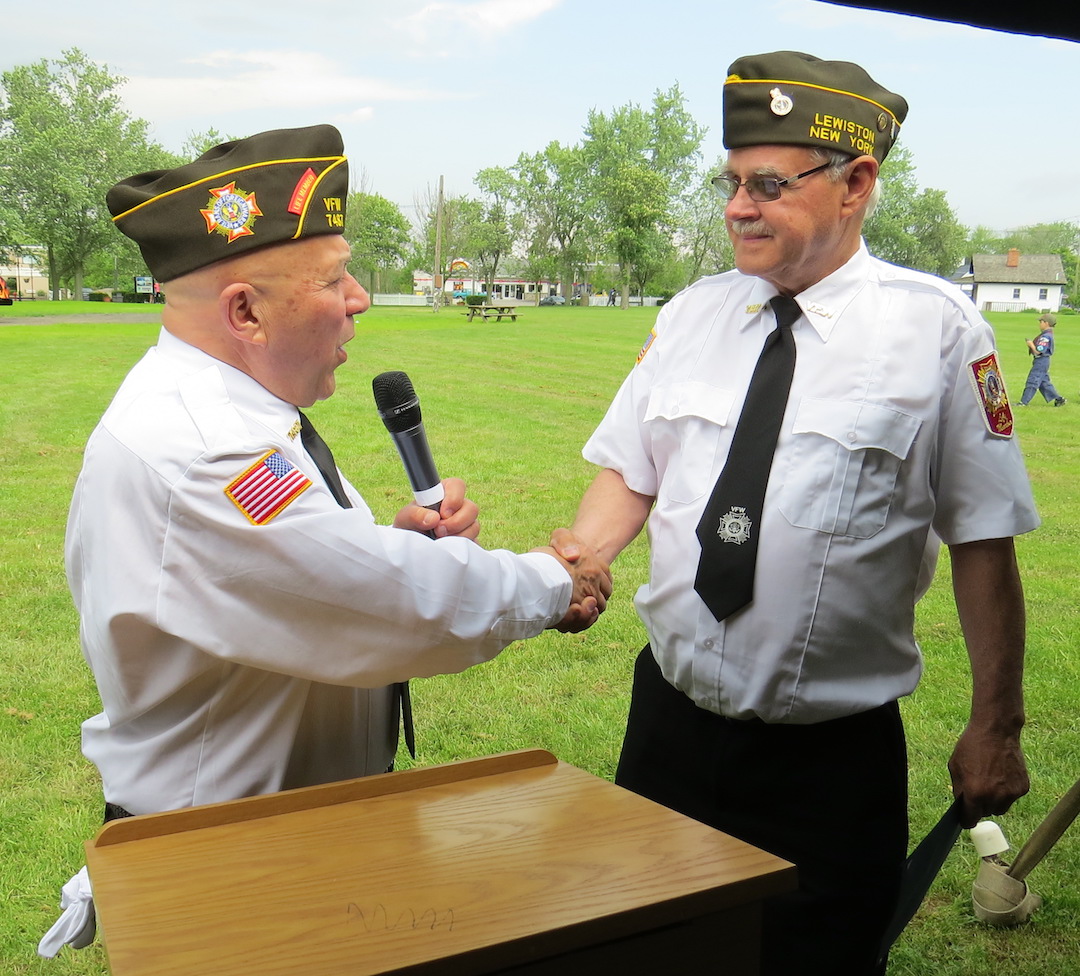