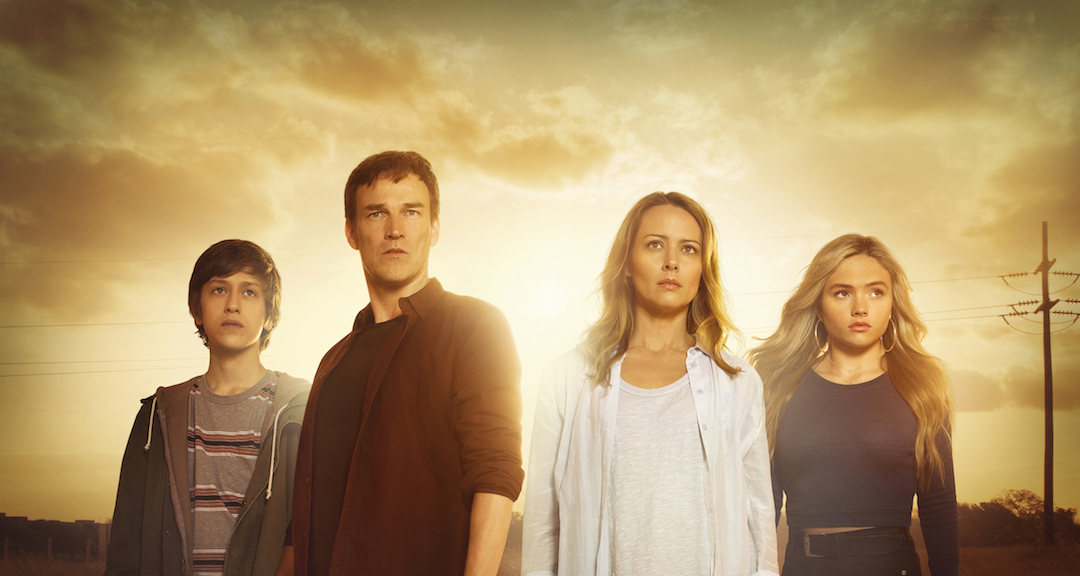 by jmaloni
Wed, May 24th 2017 10:45 am
By Joshua Maloni
Managing Editor
Television viewers are getting hip to the fact new television shows have a small window to draw in an audience before being moved, burned off on Saturday night, or altogether cancelled.
What's the sense of making a couch commitment if a show's not going to last?
It's crucially important, therefore, that a rookie series put its best foot forward when it comes to scene, setting and characters. Draw us in, or we'll wave goodbye.
The broadcast television networks sought to get off on the right foot last week when presenting slates of new and returning series for the fall season. Each promised new and exciting programs worthy of our attention, if not our book, exercise and nap times.
With limited synopses and/or video clips, it's hard to say with certainty which shows will work, and which will become cautionary tales (read: punchlines) at next year's upfront presentation. But based on casting, timeslot and early buzz, here are five shows worth a look:
"The Gifted" - Monday at 9 p.m. on FOX
Why it will work: It's Marvel - in fact, it's the creative forces behind the best "X-Men" movies - original two helmer Bryan Singer and final two producer Simon Kinberg - calling shots on a script by "Burn Notice" creator Matt Nix. The preview is exploding with action, family drama, sci-fi tech and comfortable levels of mythology and backstory. Plus, it has Amy Acker, and we can't name one time where that's been a negative.
Why it won't work: Marvel and DC, while dominant at the box office, have not been able to draw viewers to shows such as "Supergirl" and "Agents of S.H.I.E.L.D."
PREVIEW:
"Me, Myself & I" - Monday at 9:30 p.m. on CBS
Why it will work: It boasts one of the funnier trailers, and it looks heartwarming, too, which makes it doubly likeable. The story of out-of-place Alex is told in the present (courtesy of "SNL" star Bobby Moynihan), the past (via newcomer Jack Dylan Grazer) and the future (by TV legend John Larroquette). At each point, audiences will be rooting for Alex.
Why it won't work: It's likely to be facing an uphill ratings battle against both "The Voice" and "Dancing with the Stars." Hopefully CBS will give it time and space to find an audience. ... Then again, see opening paragraphs.
"The Mayor" - Tuesday at 9:30 p.m. on ABC
Why it will work: The story of an unknown rapper making a name for himself by running for mayor is bookended by two well-known TV commodities in "Community" star Yvette Nicole Brown and "Glee" warbler Lea Michele. They bring structure to an amusing tale spearheaded by novice Brandon Micheal Hall. This show is very much in the mold of ABC comedies "blackish," "The Goldbergs" and even "Modern Family," to a lesser extent.
Why it won't work": The state of the half-hour TV comedy is no laughing matter. Audiences are not tuning in like they used to in the day's NBC's "Must See TV" Thursday.
"Marvel's Inhumans" - Friday at 9 p.m. on ABC
Why it will work: It's big and it's flashy and it's Marvel. Though "Agents of S.H.I.E.L.D." hasn't been a ratings success, it has become a critical darling with an ever-improving storyline and more comic stars (like Ghost Rider).
Plus, it has that trailer.
Why it won't work: Friday night sci-fi is a real crapshoot. Some of the best series in recent years have aired on this night, but existed as perennial bubble shows.
Plus, it has that trailer.
PREVIEW:
"Wisdom of the Crowd" - Sunday at 8 p.m. on CBS
Why it will work: It's a better version of "APB." The sort-of-sci-fi aspects of "APB" made it interesting, but, unfortunately, the acting was flat. In "Wisdom," a tech genius and crowdsourcing are added to the traditional cops-and-robbers procedural formula. With this show, the cast (Jeremy Piven, Richard T. Jones, Natalie Tena), like the gadgets, represents a significant upgrade.
Why it won't work: It's still awfully similar to "APB."
Editor's note: New CBS "Young Sheldon," the origin story of Sheldon from "The Big Bang Theory," is, admittedly, a New England Patriots-LeBron James lock on Thursdays at 8:30 p.m. While the author found its preview to be funny, he doesn't consider it as interesting as the five shows listed in this article.