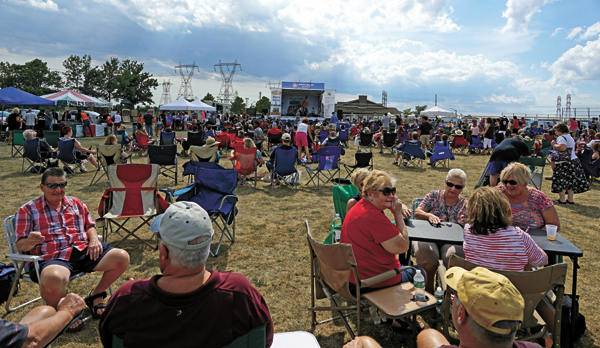 Shown is a scene from last year's "Pride in the Park" event. (Photo by K&D Action Photo and Aerial Imaging)

"This will be the most ambitious lineup of both national and regional entertainment to play at our summer concerts series," Wallace said. "Each Monday night beginning June 12 we will have a local band start the night at 6 p.m., followed by a national act at 7:30 p.m."

In a video made for the town, Wallace said, "The headliners this year, for the most part, are from out of the area, and we're trying to bring in an element of entertainment that folks can't see locally."

He also said, "We're hoping that the outside bands bring in bigger crowds. We have tremendous cooperation from the local community and sponsors."

As part of this summer's events, the town will bring back its "Pride in the Park" Independence Day celebration from noon to 10 p.m. Sunday, July 2. Featured will be five bands, food, beer and wine, and fireworks.

"Our 'Pride in the Park' event was a tremendous success last year and a great way for families from all over to celebrate our nation's birthday," Wallace said.

"We wanted to create an event for all of the country music lovers in the region, and our 'Country Stampede' will feature five great bands, pig roast, mechanical bull, carnival games, beer and wine and another great fireworks display at 9:45 p.m.," Wallace said.

In the video, he said, "Our goal here is to just provide different things for our community and to bring people into our park."

All Music Mania Mondays concerts will feature food trucks, beer and wine and soft drinks for sale. A weekly 50/50 drawing will take place with proceeds going to a different local charity.

Visitors are encouraged to bring lawn chairs and blankets, but no alcoholic beverages.

Only certified service dogs will be permitted in the park, and no other pets will be allowed.

All events will be smoke-free. 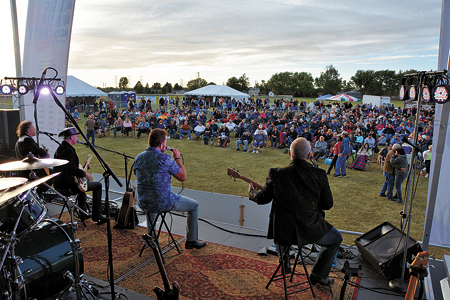 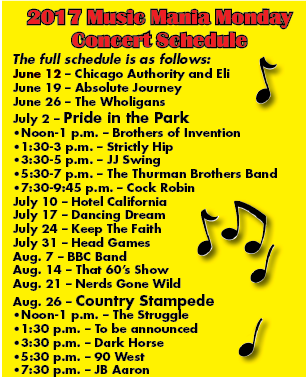