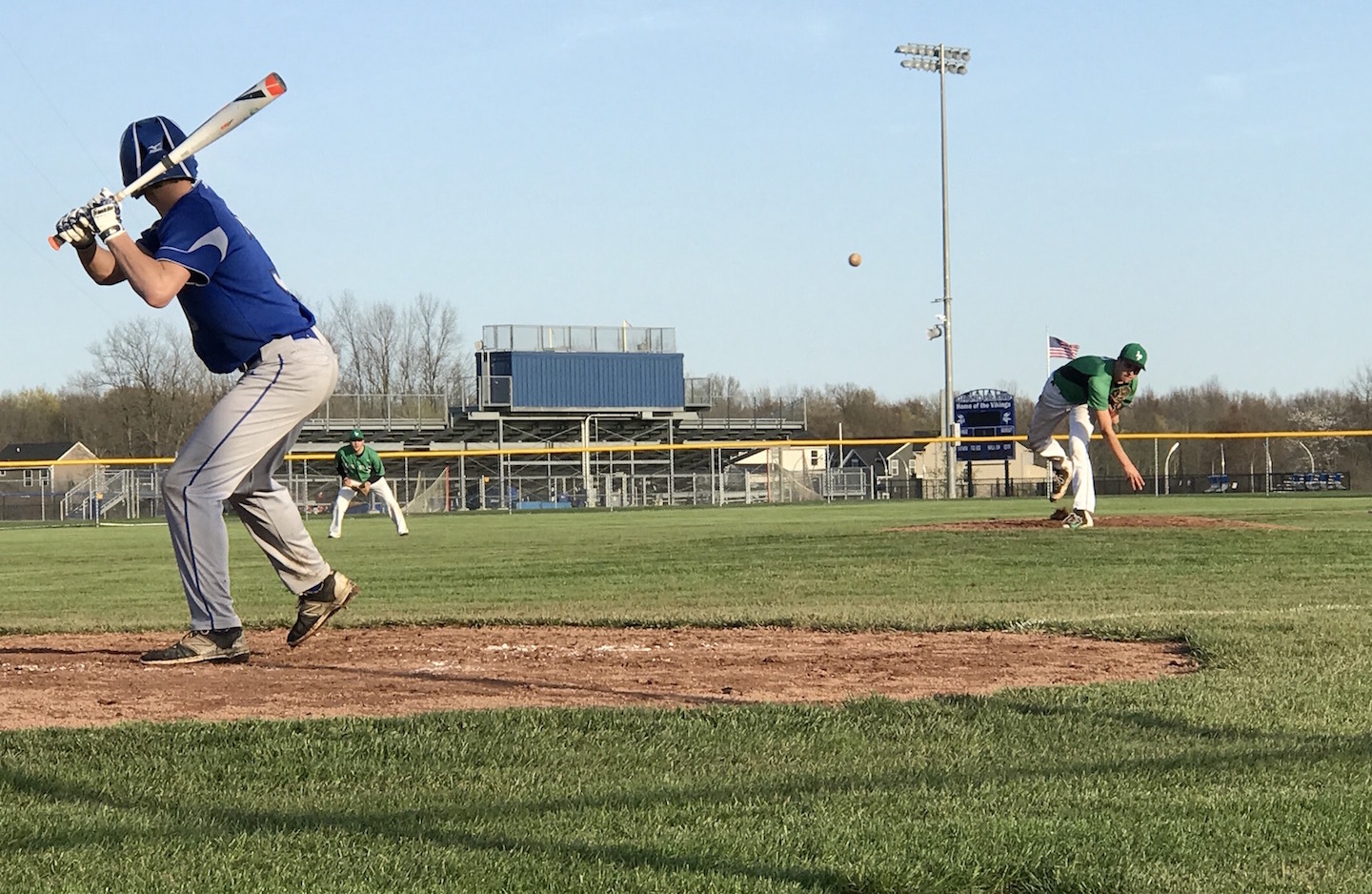 Lew-Port bats around in the first in an offensive explosion

On one of the warmest days of the spring, the Lewiston-Porter bats were even hotter.

The Lancers defeated the Grand Island Vikings, 11-6, behind a big, 6-run first inning.

After a Shane Kowalski walk, Mat Carden drove in Waterstram with an infield single. Lucas Eoute walked, and then, with the bases loaded, Anthony Dragone hit a double that drove in 2 runs. Ian Evans followed with a single to drive in another run, and, by the end of the inning, it was 6-0, Lancers.

"It's always important," he said. "You wanna draw first blood, especially on the road. This is a good baseball team, well-coached. Grand Island is always going to be tough, so, a fast start always helps."

Bailey, who finished a homerun away from the cycle, agreed the fast start was important.

"That was definitely a good first inning, because usually it's the other way around," he said. "Other teams usually jump on us like that, but we finally got the other end. We started hitting the ball. It felt good everyone was hitting good."

Lew-Port added another run in the second to make it 7-0. Kowalski doubled to lead off, and then Carden singled right after him to drive in his second run of the day.

Grand Island got its first run from Cam Sionko, who scored on a passed ball in the second inning.

The Vikings avoided trouble in the third, after Bailey hit a triple to the center field fence. They followed by scoring a run off a walk and an error to make it 7-2.

Grand Island was cooking once again in the fourth. Frank DePalma got on base due to an error, and then Roman Cacciatore doubled to put runners at second and third with no outs.

Lancers' pitcher Louis Destino battled to get the next three batters out. He struck out the final two.

In the fifth inning, Lew-Port tacked on another run off a rare balk call with a man on third base. This extended the Lancer lead to 8-2.

In the sixth inning, the Lancers kept adding on. Dragone singled home Kowalski for his third RBI of the day, and to made it 9-2

Grand Island took advantage of a hit by pitch and three walks in the inning to score 3 runs without hitting a ball out of the infield. This cut the Lancer lead to 9-5.

But the Lancers answered again. Drew James singled to lead off the seventh, and Bailey drove him in with an RBI double. Carden then drove in Bailey with a single for his third RBI of the day.

Art Meaney added a towering home run for the Vikings in their last at-bats, but it wasn't enough, and the Lancers secured the league win, 11-6.

In the midst of all the offense, Destino, the starting pitcher for the Lancers, pitched well to get the win.

In 5 1/3 innings, he struck out seven batters and only gave up four hits.

"The importance of locating your off-speed and locating your fastball is very important. It's all about location. When you can get ground balls and we play defense ... we're a tough team to beat," he said.

For the Vikings, the loss drops their record to 3-1 in Niagara Frontier League play. Their next game will be on the road vs. Niagara-Wheatfield at 4:45 p.m. on Thursday.

For the Lancers, the win improves their record to 3-4 in NFL play. Their next game is on the road vs. CSAT at 4:45 p.m. on Friday.