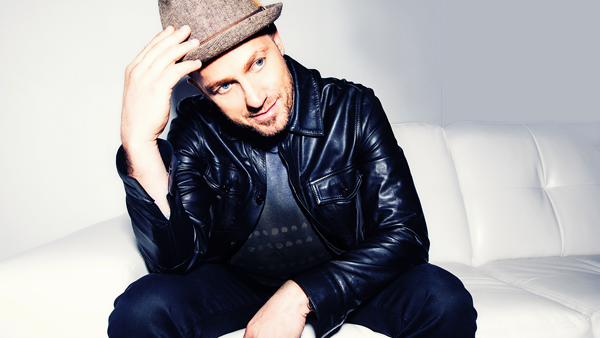 >>See also 'Hollyn poised to be next big thing in music'<<

If one sought to define TobyMac, Christian music's arena-filling, chart-topping pop-R&B-rap superstar, they'd be wise to listen to "Lights Shine Bright," a song he recorded with Hollyn.

TobyMac is many things: a husband and father, a basketball player and fan of the game cornhole. Professionally speaking, he is the embodiment of the song, which dropped with his hit album "This is Not a Test."

"Lights shine bright everywhere we go," because TobyMac has a desire to speak life into those he meets. This idea began with "Speak Life," a song he recorded for his 2012 album "Eye On It." It morphed into #SpeakLife, a daily message of hope posted on TobyMac's Facebook page.

Some of the messages have included, "Stop looking at your problems and start looking at your God," "You only fail when you stop trying," "Tell your mountain about your God" and "Repeat after me: My current situation is not my permanent destination."

"It's kind of what I always thought artists should do -- especially artists that have something that, hopefully, is positive for the city that we're playing in," TobyMac said in a recent phone interview. "It's something rich for them -- something beautiful for their eyes that causes them to think, and also entertains them.

"If my art, and the music that God is breathing through me, takes me to smaller venues, so be it. But my heartbeat has always been downtown, big-city arena. Everyone's invited. It's not -- there's no division. No exclusivity. Everyone's invited. Come see it. And let's make a commotion in that city. That's kind of how I view it."

TobyMac will bring his current project, "HITS DEEP Live," to Rochester's BlueCross Arena this weekend. The show includes a healthy dose of hit songs, including recent hits "Backseat Driver," "Move (Keep Walkin')" and "Love Feels Like" (a song he recorded with fellow DC Talk alums Michael Tait and Kevin Max), plus older hits such as "Til the Day I Die," "Eye On It" and "City On Our Knees."

"I'm thankful that, right now, this tour, and these songs, are taking me to those spots, and have been for several years. But that's where I see my music fitting," TobyMac said. "It's the way we make records. I'm looking at an arena full of people whenever I do new songs. The way that we write, and the heartbeat behind the songs, I'm thinking about people -- and this music serving people in a deep way. But also in a very entertaining way, in a big show sort of a way.

"It's not at all a church-type show. I've never really played churches, because it doesn't make sense with what I do. But the heartbeat of the message remains true to the things that I'm going through, and what I find important."

Hollyn, a shooting star on TobyMac's Gotee Records label, said, "If anyone says any bad word or harsh word about TobyMac, it is completely false. I've never met anyone that has anything bad to say about that man, that is genuine.

"He is amazing. He is honestly just so intentional about his life and what he wants to say, and the platform that he has. He does not take it for granted, and he loves his family more than anything. And he loves Jesus. And he just inspires me to be a better person, and a better artist."

Hollyn said having TobyMac as a mentor is "awesome."

"He's just a great guy. ... I'm just really, really grateful that he took a chance on me," she said. "I'm thankful that I can work with him and get to know him and his family and call them my family, too."

What follows is a Q&A with TobyMac, wherein the artist explains what it means to #SpeakLife, shares what went into his tour, and offers kudos to his collaborators. 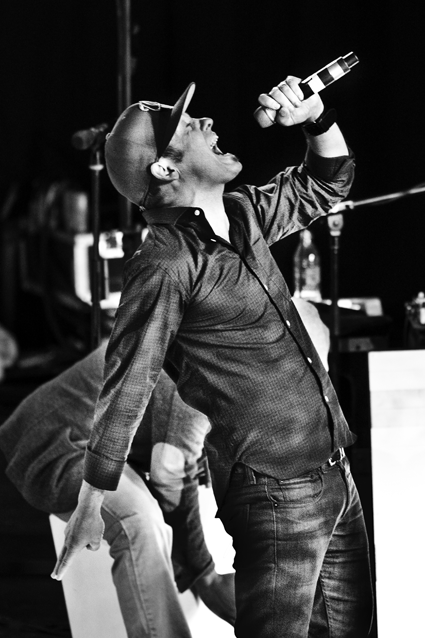 Q: I've got to ask you about these #SpeakLife messages that I see on Facebook everyday. They're so inspired. Where did that idea come from?

TobyMac: It came from sitting around a table with some creatives at a think tank and going, " 'Speak Life' seems like it's bigger than the song. How do we move this forward?" And just kind of dreaming of different ways. We had done a few different things, but the social media thing has taken on the best form. It sort of became something that we never expected it to be. And it's really some friends and I just finding different things, different quotes that inspire us.

The lady that has managed me since the beginning of my career has taken it on as almost her own. Like, it's gone beyond me. (Laughs) I get to weigh in, and I get to approve, but it's like her heartbeat.

I think that's why it's working, is because when it becomes someone's heartbeat -- it's just like the TobyMac thing. If it wasn't blood, sweat and tears by me it wouldn't be going. And this #SpeakLife thing is kind of a common thing. She also, like, blocks me out sometimes. (Laughs)

Q: Toby, as you know, generally speaking, artists go into a studio; they record music; and then the live show is how they interpret that -- how they present that to an audience. You're touring behind something that is live -- that is live recordings of your shows. How does that work? Does it mirror what you've released? Does it change? How do you tour off something that's already live?

TobyMac: That's a good question. We really had to think through that. And my band, Diverse City, and I, we really put together our concerts, our shows, and each song is its own little journey in how we move, and how we sing it, and how it's presented. So, we thought about that a lot. We don't get a show producer. It's just really us just digging in, getting in the trenches and digging in to what this could be.

My drummer "B." might say, "What did y'all move like that?" He's not even moving. He's on drums. But he just has great ideas, along with everybody else in my band. We just get in the trenches and everybody speaks into the show.

When we talked, we had a meeting about it. It was like, "OK, I think some of what is there we need to keep presenting, because this is what people expect of this tour. (But also) we need to take them down some new lanes. Something that's fresh. Something that's brand-new." So, we sort of fell in the middle. We're mirroring some things off the "HITS DEEP" record and DVD, and some things are brand-new and fresh. There's even two new songs that weren't even on a setlist.

Q: Interesting. What can you tell me about those songs?

TobyMac: Yeah. The first song on the "This is Not a Test" record, which is one of my favorite songs, is called "Like a Match." And we open the set with it. It's kind of like you dropped a joy bomb on the audience. That's what it is to me. It's like a lot of movement.

It's a little bit like where artists are -- sometimes joy can be taboo in the world of entertainment and the world of art. ... And I think that joy is an underused thing. So I kind of wanted to start my show with, "OK, you just saw Matt Maher, worship artist. And he took you all the way there. You just saw Mac Powell." I want to say we're going to come in immediately with something completely different. This is about rhythm and about joy, and the beauty of us thinking we have something that's burning in us that will make the world a better place.

And then "Love Broke Thru" is the second one that we didn't do on the last tour. It's a single now. It's actually a No. 1 single as of today.

And I think what that song brings is just, one, everyone knows it now. What do people want more than anything else at a concert? They want to sing-along. They really do. They want to be part of it. And that's what I try to do, is invite people into the show. Don't spectate. Be part of this. We're doing this together.

We started to make the video. We wanted to structure it out. We saw an opportunity to talk about the divide in our nation, and how parallel -- the imagery of love breaking through in my life to love can break through in our nation and bring us together. And it's the only way we're going to come together, in my opinion.

Q: Is it this summer that you're doing the Jesus Freak cruise (as DC Talk, with Michael Tait and Kevin Max)?

Q: What can you tell me about that?

TobyMac: I can tell you we're doing a cruise. (Laughs) ... We haven't really gotten into the creative realm of it. But I'm looking forward to it.

Just having them on my song "Love Feels Like" on the "This is Not a Test" record was special. It felt really special to me to get the boys back together. We're all looking forward to doing these songs again (on the cruise), and being on stage together.

To learn more about the artist, or to read his daily #SpeakLife message, follow TobyMac on Facebook at https://www.facebook.com/tobymac/.