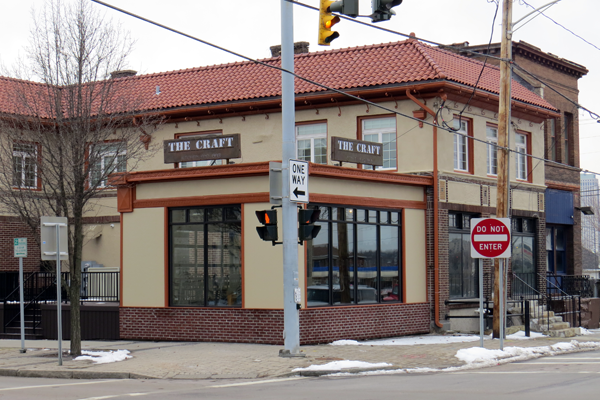 The Craft Kitchen and Bar

Wine on Third proprietors set to debut The Craft

Every time the lights went on inside Boston's most famous bar, Norm and Cliff were there, sitting on their stools and enjoying a beverage.

Two Niagara Falls restaurateurs said they hope their newest endeavor will have that same kind of consistent traffic when it opens next week.

Shawn Weber and David Giusiana are set to debut The Craft Kitchen and Bar on Wednesday, Feb. 22. The modern-looking pub is kitty-corner to Wine on Third, their popular downtown bar and restaurant on the corner of Third Street and Ferry Avenue.

The inside of The Craft is wood-orange-colored and has large windows that sit next to two sets of stairs and an outside patio. Above the stainless-steel bar is a big-screen TV that will provide detailed craft beer information.

A third partner, Paul Stephen, purchased the building, which was most recently Unc's bar, and also at one time a gas station. The Craft's main dining room sits above the area where gas was once dispensed.

"The interior of the building, really, is almost a complete gut," said Giusiana, a Lewiston-based architect. "The flooring in here is original. The structure of the bar and the brick is original."

"And that's pretty much it," Weber said.

"It's all-new drywall ceilings, all of the new wood walls, the enclosure of the whole dining room area, the garage door," Giusiana said. "The kitchen - there was no kitchen here at all. So we created that from scratch. ... They're all brand-new bathrooms. One hundred percent. There's a huge walk-in cooler and freezer downstairs. We've resurrected the old cooler for a beer cooler. There's 24 taps behind the bar."

Though the partners mastered the market on upscale, "I think that we saw, with the wine bar, we hit one market, and that we're absolutely underserving other markets - specifically the younger, sort of hipster crowd; the beer-oriented, burger kind of crowd," Giusiana said. "For our involvement in ... Pints for Progress and all the different things in the city - Shawn's Reclaim Niagara - and those kind of things, we have a lot of friends that we deal with that are all younger 20-somethings, early 30-somethings, that really see this becoming kind of their neighborhood bar.

"More than trying to be a regional draw like the wine bar kind of is, we wanted to be more of a neighborhood bar. Shawn calls it Niagara Falls' 'Cheers.' And you've got to do that with a price point and a beer selection that's more fitting to that crowd. That's what we're looking to do." 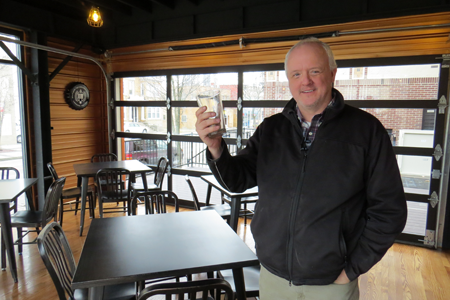 The Craft proprietor Shawn Weber stands inside the restaurant's dining room. The Third Street eatery is about to open in downtown Niagara Falls.

The Craft's menu is American pub food, with prices ranging from $8 to $14.

"The big thing we're specializing in, in terms of drinks, of course, is craft beers," Giusiana said. "But we will have a full selection of domestic beers, full alcohol and a moderate wine selection.

The menu also will offer three entrees (steak, chicken, pasta), but, "Nothing higher than $20," Giusiana said.

"This isn't a special occasion place, where you go twice a year," Weber said. "We want people to come three, four, five, six times a month."

"We expect people to be here a lot," Giusiana said.

For now, The Craft will be open six days a week - Sunday hours will debut this spring - with dinner hours commencing at 4 p.m.

Chefs and front-of-house staff will rotate over from Wine on Third and from the Third Street Retreat eatery located inside The Jefferson (where Weber is managing partner).

"We've been getting a lot of positive feedback already," Weber said. "There's been a lot of people who've Facebooked us and said they're excited."

Like in Buffalo, Giusiana said, "There is a younger crowd that's started to live in Niagara Falls. And with things like what's going on with the medical campus that's already developed in Niagara Falls, and with Seth Piccirillo (director of Niagara Falls Community Development) and a lot of the housing programs he's got - creating loft apartments and things - there's people that are living this lifestyle, and need a place to hang."

Weber and Giusiana said they're interested (and invested) in a Third Street renewal.

"We really want to get it to where Third Street becomes the destination - not any individual restaurant," Weber said. "For so long at the wine bar, that was kind of an island. We had to get people to come there. Now we're hoping Third Street is going to become more like Center Street (in Lewiston) or Allen (in Buffalo). That's kind of what we're hoping for."

One reason why The Craft is not initially offering lunch is "We're also trying to be cooperative with the other places" on Third Street that currently serve lunch, Weber said. "Give them time to breathe and grow with their lunches."

"We know the crowd is by the falls," he said. "The problem is getting them here. And a couple of blocks between there and here, without other businesses functioning and opening, it's a tough walk to make. So, if we have enough things to sew together between that end of Third Street and the falls, then people will make the walk."

Giusiana and Weber said it's imperative Third Street businesses all work together to make the district a destination.

"Everybody is very supportive of everybody else," Weber said. "The long-term goal has to be get a lot more people down here. Again, we can't just split what we have now. We need to grow the crowd, and grow the patrons."

The Craft will have a soft opening throughout the end of this month, followed by a ribbon-cutting ceremony on Thursday, March 2. That event will be held in conjunction with the Art of Beer weekend at the Niagara Arts and Cultural Center. 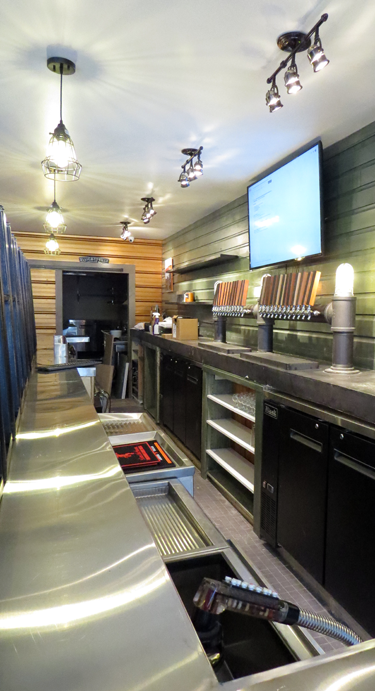 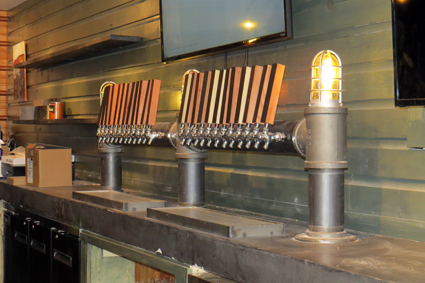 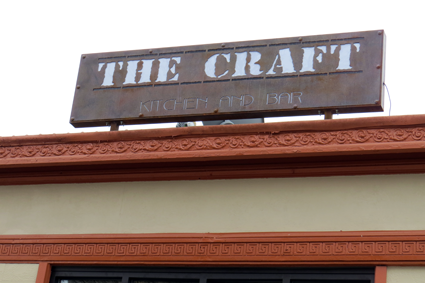 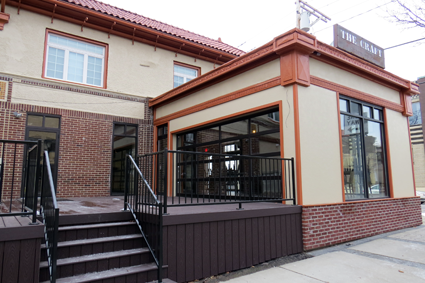 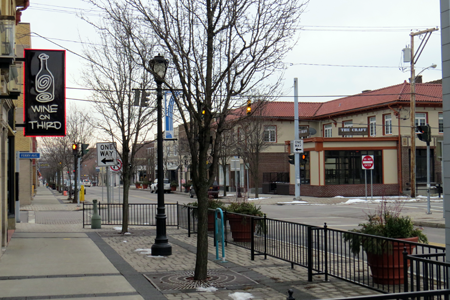