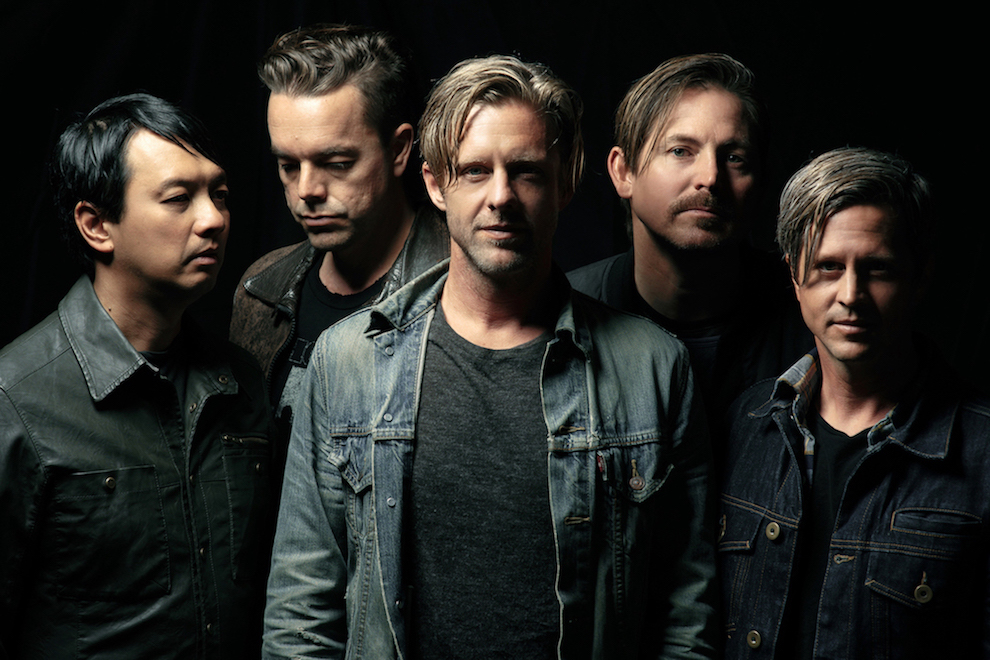 Switchfoot is looking for America ... in Rochester

Switchfoot is all about dichotomy.

This is a band, after all, that was rock and pop and Christian - like, at the same time.

One could find Switchfoot in arenas, and also at Kingdom Bound events. On the top of the Billboard charts, and within the church walls.

So, it's no surprise to find Switchfoot's latest album, "Where The Light Shines Through," is full of glorious contradictions.

For starters, Switchfoot's bio says the band was "the most focused to date" when crafting songs. And then, when said songs were released, they sounded like a musical tour through the decades.

To the band's credit, the middle of the album deftly moves from the 1970s to present day.

"Well, I mean, it's our tenth album. And, you know, you're always trying to find in yourself the challenge of becoming a better musician and trying different things," keyboardist/guitarist Jerome Fontamillas said in a phone interview earlier this week. "The focus mainly is for the songs, and making the songs the best that they can be.

"The challenge is how can you, musically, put it all together in a musical way that is the best that you can make it."

Then, there's the album's contrast of light and darkness. In particular, Switchfoot was not in a happy place when crafting "Where The Light Shines Through." Lyrics and tone are severe in spots. And yet, fans are leaving Switchfoot concerts feeling upbeat.

How does that work?

"In every album, we try to find inspiration. ... We try to figure out where we're at in life," Fontamillas said.  "At the time we were writing the album, it was coming from a darker place, with us as a band. To try to weave through the struggles and try to find hope in the darker places, that's actually the bottom line of this album - is finding hope."

He added, "A lot of people that come out to the shows have been affected by life. And a lot of them have been searching. ... Coming together in one setting, becoming a community, and the idea of us instigating finding hope in deep, dark places, I mean, that community factor, like people feeling connected at a concert and coming out of a concert with a feeling of hope, that's pretty much the bottom line of why we do what we do."

Switchfoot has been on the road supporting their new album since last fall.

"We've gone to almost 60 cities, and so it's been pretty awesome," Fontamillas said.

The current version of their show is titled "Looking for America Part II." A Kingdom Bound Ministries-sponsored concert is set for Saturday night inside the Voller Athletic Center at Roberts Wesleyan College in Rochester.

"It's a great rock 'n' roll show," Fontamillas said. "We pull out all the stops. We're putting everything we have into the show. ... Again, like I said before ... the main thing that you can get out of this album, or this concert, is that there's hope. In the midst of what you're going through ... there is hope, where the light will shine."

Over the course of 10 studio albums, Switchfoot has scored a number of hit singles, including "Dare You to Move," "Meant to Live" and "Stars." This weekend, fans could hear those songs, or deeper cuts, or some combination thereof.

When it comes to performing live, Fontamillas said, "We don't play with any tracks. So, yes, we can change the setlist in the blink of an eye - like in the middle of the show. ... It's actually very fun, as a musician, because you never know what's going to happen. We never know what we're going to play. We write down what we want to play like five minutes before we go on stage."

"It's actually kind of nerve-wracking, because there's over 100 songs that we've learned throughout our career," Fontamillas said. "Throwing in songs that we haven't played in years is pretty nerve-wracking, but that's the challenge of being a musician and being in a band. ... Playing music, and playing the music that you love to play."

So, it's nail-biting joy.

Yeah, that sounds about right for Switchfoot.

Switchfoot tickets can be purchased by calling 1-800-461-4485 or online at www.KingdomBound.org. Special pit-area tickets ($51) and general admission ($31) tickets are available.  Discounted group tickets are also available. $1 from every ticket sold will be donated to Switchfoot's BRO-AM foundation to aid and serve underprivileged youth.