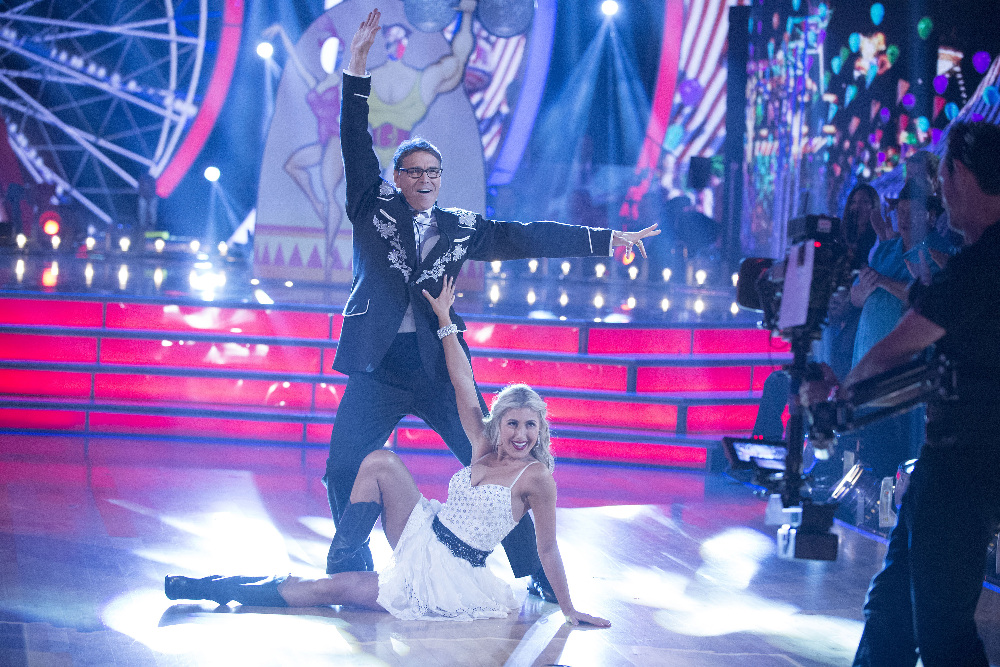 When reflecting on the past year, some people will mark "went on vacation," "bought a new car" or "started a new job" as notable achievements.

Her 2016 included a starring role on a hit television series, a ballroom partnership with former presidential candidate Gov. Rick Perry, becoming engaged to co-star Sasha Farber in front of millions of people on national TV and, now, a North American tour, which includes stops in Boston, Chicago, New Orleans and Niagara Falls.

The common denominator, of course, is "Dancing with the Stars."

It was Slater's resume (British and United Kingdom Under 21 Latin American Championship winner; West End dance star; acclaimed choreographer) that brought her to the show, and it was "DWTS" that opened the doors for her recent memorable moments.

"And I think that it's done a great job in inspiring a new generation of dancers, too. By people just being able to see it, I think, I get so many social media messages and lovely support and posted comments ... that say how inspired they are. These are young girls and boys. And it just feels amazing, knowing that the show, in some way, we have given that to them, and have that impact."

Slater said she, Farber and other pros such as Sharna Burgess would "still dance, anyway. ... We dance because we love to do it, and not because it's popular." But she gratefully acknowledged the show has "brought Latin and ballroom - which is something that wasn't always as popular as it once was - and I think it's highlighted it again, and shown just how magical and beautiful it is."

Why is that important?

"When you're dancing with another person, if there's more than one person on stage or performing at any one time, I think it has such a beautiful, raw connection," Slater said. "It's the purest form of expression, without words. Because, you know, words get lost, and not everybody communicates in that way. But when you're watching dance, and you can see two people seamlessly move around each other in such a beautiful way, it can't help but be admired and loved by everyone."

For the third year in a row, "DWTS" pros are hitting the road to spread that love around the country.

"Dancing with the Stars: Live! - We Came to Dance" promises to "showcase every type of ballroom and modern dance seen on ABC's hit show ... including group performances, romantic duets, contemporary numbers and original pieces created specifically for the nationwide tour," its press release stated.

The tour visits the Seneca Niagara Event Center at 8 p.m. Friday, Jan. 6. Tickets can be purchased at www.DWTStour.com; at 8 Clans or the Players Club store inside Seneca Niagara Resort & Casino; online at www.ticketmaster.com; at any Ticketmaster location; or order by phone by calling 1-800-745-3000.

"We're really looking forward to being there," Slater said. "We've been there before, actually; (it's) beautiful. So, we look forward to coming again."

The performer took part in a Q&A wherein she explained what tourgoers could expect. In addition, Slater talked about her engagement and the opportunity to work with the former Texas governor. 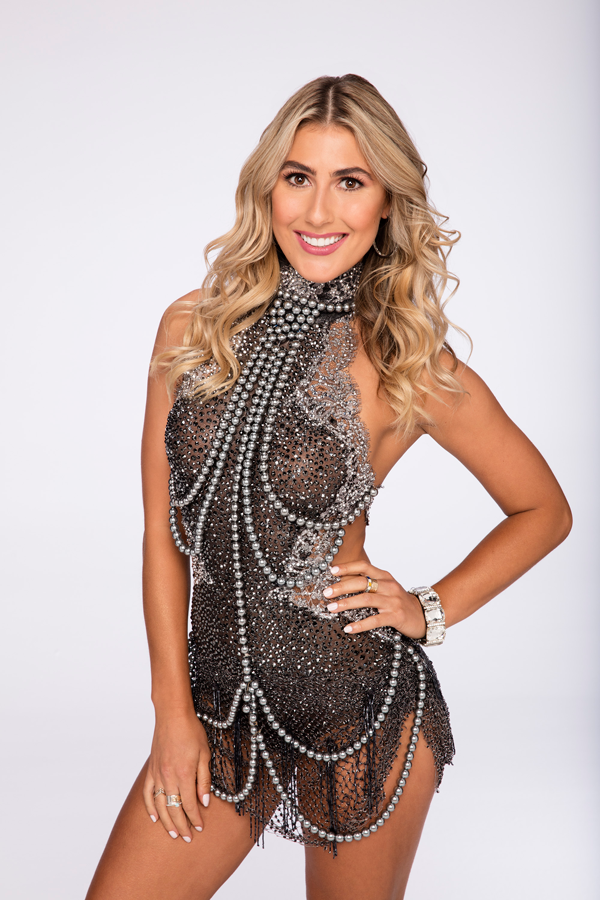 ON THE 'DANCING WITH THE STARS' TOUR ...

Emma Slater: That, to me, it will never cease to amaze me. It's always going to be overwhelming when we step on stage, in particular. The TV show is different, because you can't see your audience physically. You can feel them, if they're physically there in the ballroom, and you can feel them online. But that's where it's always amazing to me. Because we actually get to see people fill auditoriums.

And it's just mind-blowing to see how such a little thing to be, my passion for dancing, has turned into a journey where I can be on stage and there can be lots of people coming to see the show, to see you dance - like you said.

I think that's amazing. It will never be anything other than overwhelming, and I'm always going to be so grateful for that.

I never expected my life to turn out that way - that I would be given that opportunity. And we love going on tour, because we get to actually see our audience, and it's great.

Q: The TV show is called "Dancing with the Stars," and there is that aspect of having the celebrities or the politicians come out and go through the journey - and to not always be the best dancer, but to have personality and to be entertaining. Obviously, the live show is different. Tell me how, and what fans can expect at the live show that they wouldn't necessarily see on the TV show.

Emma Slater: Well, obviously, it's a lot more professional dancing. ... And we can't, obviously, do the competition element in the live show, but I think that's what's great about it: People get two hours of just us dancing the way we've always wanted to.

There's going to be special performances that you won't see on "Dancing with the Stars" that we created ourselves. We actually just filled out a 45-question questionnaire, each of the cast for this tour, and we're actually building a new show completely from scratch ourselves. So, everything you see will be new content. It's all going to be the brainchild of us as a cast. It's purely going to be an expression of what we want to do, and then we really hope to take people on a journey with it. 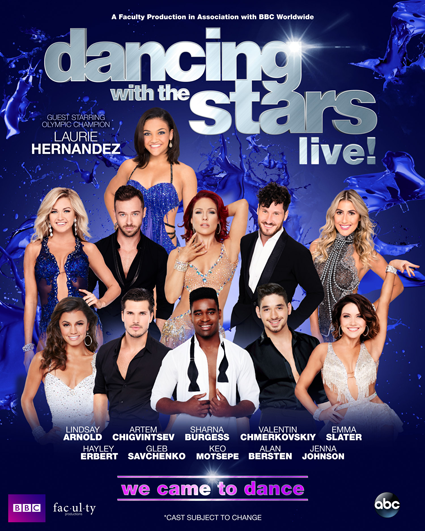 Q: I don't normally like to ask personal questions, but you got engaged where we all could see. What was that like?

Emma Slater: To be honest with you, everybody who gets engaged, they all say, "Oh, it hasn't sunk it yet." And I hate to sound like a broken record, but it really, really hasn't sunk in yet.

I feel like, it was so natural for Sash and I. We spoke about it before. We had spoke about getting engaged maybe early next year. The reason being that it's my birthday over Christmas, and I'd given him "Don't get engaged around Christmas," because I want to feel the engagement. I want to feel different from the birthday. I assumed he would do it after Christmas, but then he went ahead and did it on the show, which was just - it was so amazing.

And my family's all in England, and his family's all in Australia. So, without them actually physically being there, which was kind of impossible, really, this was just the best way for them to actually watch that moment - and for me not to have to explain it 100 times to like 100 different people!

Q: Seeing the reaction of your co-stars, the other dancers and the celebrities, I guess it sort of goes to show that there's more of a spirit of support than competition, despite the fact you're all competing for the Mirrorball Trophy.

Emma Slater: Oh, my gosh, absolutely, yeah. We don't feel the competition in a negative, disruptive way. I think that it's pretty evident, because we really are a family, and we show that in so many different ways.

We're best friends. We spend so much time together. And then, of course, when we're going on tour in between the TV season, too, means that we spend the whole year-round with each other. So we really are as close as family as it can get.

Outside, we go out to each other's house all the time. We support each other. I've been bridesmaid to two of the girls on the show, and I'm sure that they will be in my wedding. ... We're just really close friends. It's a great cast to be a part of.

ON WORKING WITH RICK PERRY ...

Q: Tell me a little bit about this past season and what it was like for you. Your partner is known for many things, but dancing is not one of them. How challenging was it trying to whip him into shape?

Emma Slater: Well, when I first met Rick, he was like, "You've really got your work cut out, because dance is not my forte. I've never done it before." And then when he started, after we started working, I was like, "Rick, you're absolutely right. I've got a difficult job," and we had a good laugh about it.

I've got to say, his spirit was something that I wasn't expecting. I guess I made the assumption that politicians were kind of, you know, they aired a little bit more on the formal side; slightly more serious. And Rick's not like that at all. We never really delved too much into the political side, you know? I didn't have that much time. I wanted to keep him dancing as many hours as I could.

But, his personality was something that shocked me. He's got such a great energy; very, very joyous; very grateful; charismatic. He loves just looking in peoples' eyes and having a chat. He would take me to all of the barbecue restaurants in the local town where we would rehearse. He was a really jolly personality - very much reminded me of some of my other partners - Michael Waltrip and Bill Engvall - very gentlemanly like.

I was blessed to have met him, and I really enjoyed taking him on this journey - however short-lived it was (laughs).

The "Dancing with the Stars" tour begins this weekend.