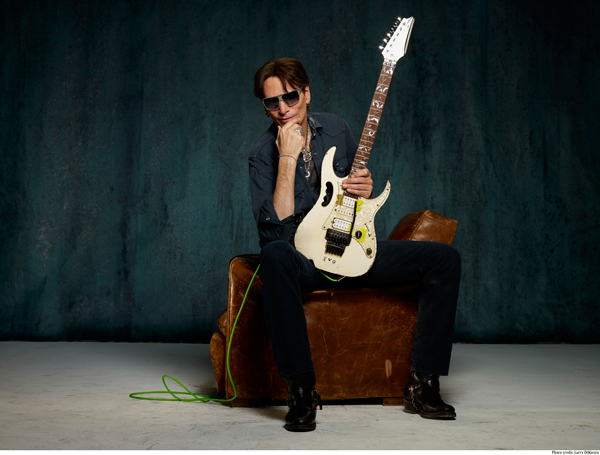 Interview: Steve Vai to perform 'Passion and Warfare' live at The Riv

One of the most acclaimed guitarists on the planet is touring in support of an album AllMusic.com called "arguably the richest and best hard rock guitar-virtuoso album of the '80s."

On Saturday, Steve Vai will perform his 1990 album "Passion and Warfare," from top to bottom, at the Historic Riviera Theatre, 67 Webster St., North Tonawanda.

"I have a tendency sometimes to be nostalgic, and ... it's a legacy kind of a tour," Vai said. "You know, it's paying tribute to a record that was released 25 years ago that was really the launch of my solo career. So, the 25-year mark felt right."

Vai also will perform songs from "Modern Primitive," a bonus disc included with the 25th anniversary re-release. Vai began working on these tracks some 30 years ago, but just recently added what he called the period to his sentence.

Vai spoke to this reporter about his show and bringing his songs back to life. 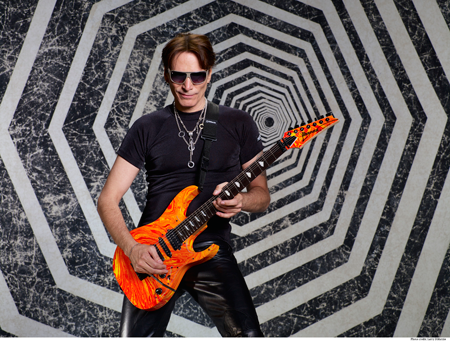 Q: People seem to react differently at your shows than at other performances. What is your relationship with fans when you're on stage?

Steve Vai: Well, like any artist, I like to try to connect with the audience and entertain them - give them something that is worth their time, that they can take away feeling like they've seen something that was unique and uplifting and fulfilling on some level. I see myself more as like a servant, just serving the best meal I can.

The responses that I recognize in my audience - I'm not on the stage with other artists, really, to see how people are reacting - but, for me, it's kind of across the board. Most of the time people are just staring at me. They're just looking, and most of the time they have a smile on their face. So, that's when I know it's working, you know? (Laughs)

The show, whenever I put a show together, I try to imagine what it's going to be like from the audience perspective. For this show, I wanted it to be different than the past shows.

Q: Tell me about your live show.

Steve Vai: It starts out with a couple of songs that might be expected, and then we do the entire "Passion and Warfare" album from beginning to end. And we are pretty respectful of the original arrangements. I always wanted to do that - I always wanted to play that record. It just represented a great challenge.

This show is different for me, also, because I have screens. So there's video through the whole show and, at some points, I actually have friends coming in that jam with me, from the video. ...

And then after we do "Passion and Warfare," we do a couple more tracks. And we do this one thing, that I've been doing for some years now, that just works out every night. It's so much fun. It's called "Build Me a Song." And that's when I pull people up from the audience and I have them write a song with us right on the stage. It's very entertaining. It's very engaging. And it's hilarious sometimes.

Q: With the "Modern Primitive" disc, that material was started 30 years ago. How much of a challenge was it to come back and to put that together now?

Steve Vai: It was more just a joy to do it, because I knew what the stuff was. I knew the condition it was in. But, even back then, I had a picture in my mind of what the completed songs were going to sound like.

That, for somebody that is driven artistically - which everybody is in some respect, in some part of their life - but for me, it was in the completion of that music, and hearing it finished the way I always expected it. Otherwise, it's like a sentence that doesn't have a period or something. Or a chord that wasn't resolved, and you're just waiting for it.

I was really very excited when I knew that I was going to do this stuff and finish it, and realize these songs.

Q: What made the "Passion and Warfare" album special?

Steve Vai: I think what happens, occasionally, is a person gets an idea to do something, and it's almost like a secret in their heart. It's like a pet project where, when they think about it, and they engage in it, there's no fear in it. There's no concern. There's no expectations or success from it; there's no fear of stacking up, or having to fit a particular genre; or fear of being criticized. They just have something that has a compelling, creative energy. And they become myopic. You become focused on it, to the point where none of those other distracting thoughts are there. And when you have that, you have access to pure inspiration. You have access to your instincts - you have access to your uniquely created instincts.

Now, I would never claim that "Passion and Warfare," the entire record, contains my uniquely created instincts. But a good part of it does. And I think, when anybody does that, that energy flows into the music. And then it attracts the audience that resonates with it.

There's a lot of people that don't get that record - they don't understand it; it's not on their radar. And that's fine. But for people who did, it's like a really great Christmas gift. It satiates a particular thing within them that you can't get any place else. ...

I think that "Passion and Warfare" hit some people in the right spot, for the specific reason that, when I did it, I was very present with my intention to make the best record I could. 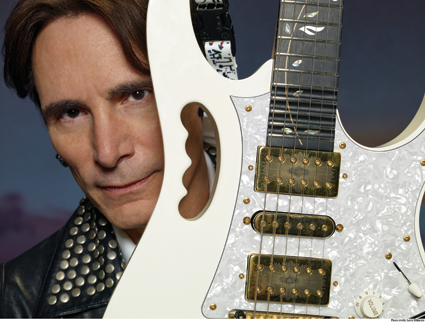