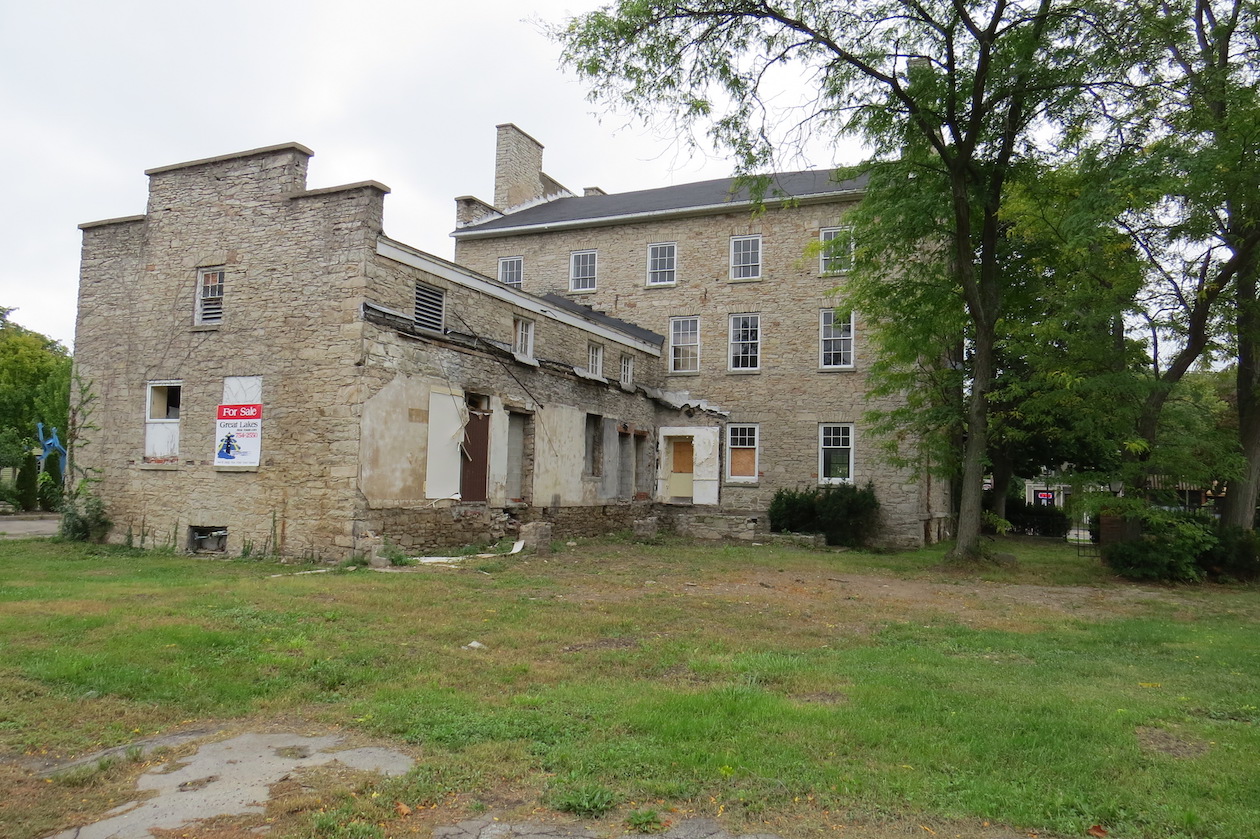 Hastings Lewiston Inc. is seeking a certificate of appropriateness to subdivide its Center Street lot.

Frontier House: Questions remain as to validity of HPC requests

In a conversation this week, and in a more-detailed letter found in the Sentinel, Machelor said the HPC shouldn't rule on a certificate of appropriateness until after the subdivision application is presented to the Planning Commission. (Click HERE to download and read the letter - PDF.)

Machelor's board was ruling on historic preservation issues until the Village Board of Trustees opted to recreate the dormant HPC this past summer.

Machelor added, "Hastings Lewiston Inc. should be able to pursue the development of their property and be assured that the 'rule of law' is still in effect in the village. As owners, they should have confidence that matters presented to the Planning Board will be considered in a professional matter in accordance with the code."

Sheehan has asserted the HPC did not act professionally in its handling of the subdivision application, nor in keeping Hastings' request private until it could be discussed publicly at the Sept. 26 HPC meeting.

She said she still has not received any village code guidelines from the HPC as to what Hastings Niagara is legally required to include in the application.

Post-meeting, both Machelor and HPC Vice Chairman Ken Slaugenhoupt said some inquiries, such as appropriate number of parking spaces, should be addressed by the Planning Commission and not the HPC.

Additionally, Sheehan said the HPC is absurd to request Hastings Niagara have a buyer identified before a COA is granted.

"I'm at a loss," she wrote in an email. "We want to cooperate with the powers that be, some of whom actually are wonderful people with noble intentions, but what they are asking for is unorthodox, to say the least.

"This is concerning. They all seem to really believe it is within their rights to deny us a basic certificate of appropriateness unless we meet criteria, which is completely inappropriate, overreaching and illogical."

She added, "It appears (the Village of Lewiston wants) far too much control over what happens to another man's property and that just isn't how it works. ... Not even when the property is (as) unique as this one. I think they are really crossing the line."

In another email, Sheehan wrote, "Village government no more belongs in a man's real estate dealings than they do in a man's bedroom.

"The Hastings family is not required to bring forth to the HPC, in a public meeting, anyone who may have interest in the building, and they have no right to expect an interested buyer to comply and expose his identity and business plans, either. The buyers and sellers deserve to have quiet, private negotiations, and the potential buyers reserve the right to their own privacy at such early stages in a transaction."

With regard to the HPC's legal right to ask the Hastings to present a buyer, Village of Lewiston counsel Joseph Leone said, "I don't know of anything in the code that references (having a buyer)."

Leone said the Hastings family could refuse such a request, but he didn't know how approval would be granted without the respective boards knowing what the usage of the property would be post-subdivision. He said it would be difficult for the HPC to approve a subdivision request without first understanding what would become of the Frontier House.

"It's kind of a catch-22, and I'll grant you it's not specifically set forth in our code anywhere," Leone said. "That's kind of the problem as I see it."

He explained members of the village's boards are concerned about the conditions of the almost 12-years-closed Frontier House and want to ensure a subdivision complies with any future uses of the property.

The HPC's job, Leone said, is "to try and preserve the historic nature of structures within the village."

In a letter to Sheehan dated Oct. 4, HPC Chairman Harry Wright wrote, "We understand that you are actively marketing the building and we encourage you to let potential buyers know that the HPC is ready to consider arrangements that would include subdivision of the property. Not knowing how the building will eventually be used, creates a situation that does not give us sufficient information to make a decision on your application at this time. Your chances for approval would be enhanced by taking into account the opinions expressed by the commission at the meeting regarding the building and its long term viability as an historic structure. These include addressing the needs of a potential reuse of the Frontier House and getting the building into the hands of a serious buyer who has a solid plan for its rehabilitation. Additionally, we encourage you to work with the village office and planning board to include proper submittal procedures and requirements for a proposed new use."