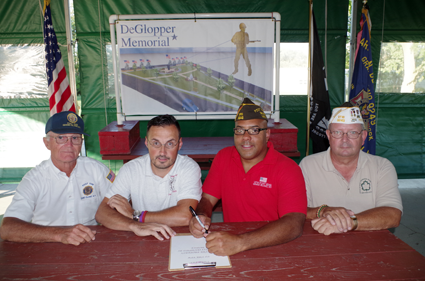 Progress continued on the expansion of the DeGlopper Memorial with a deed transfer of neighboring property to the Pfc. Charles N. DeGlopper Veterans of Foreign Wars Post 9249.

At a meeting in the DeGlopper Post 9249 pavilion Sept. 13, representatives of the post received the deed to the old Exxon Mobil property from the DeGlopper Memorial Expansion Committee.

Transfer of the deed of the former gas station property will allow a major improvement project and expansion of the DeGlopper Park grounds in the heart of the Island at the intersection of Grand Island Boulevard and Baseline Road.

Groundbreaking on the project took place June 9 on the 72nd anniversary of Charles DeGlopper's death in battle during the D-Day invasion. DeGlopper later posthumously received the Congressional Medal of Honor for his actions in battle.

The expansion of the DeGlopper Memorial site will honor DeGlopper as well as all Grand Island residents - past, present and future - who have served the U.S. as a member of the military.

Possible design features to the expanded park include a Gold Star for mothers of the fallen, personalized memorial pavers, flagpoles with the flags from each arm of the military, black granite walls with engravings of the names of Grand Island residents who have served, and benches for visitors.

Initial cost estimates of the project were $750,000. Donation opportunities for the expansion were recently announced by the committee on Memorial Day. More details on how to donate are available at www.DeGloppermemorial.org. 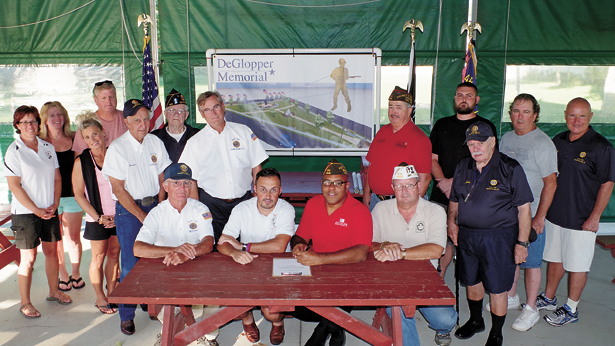