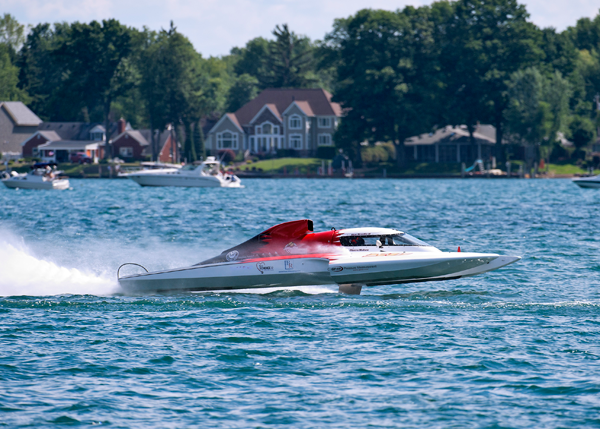 Ken Brodie from Grand Island races in a qualifying race for the Grand Prix class. (Photo by Karen Gioia)

PHOTOS: Hydroplanes soar at Thunder on the Niagara

Crowds gathered at North Tonawanda's Gratwick Riverside Park this past weekend to check out the hydroplane races on Niagara River during the 11th annual Thunder on the Niagara.

The family-friendly event was put on by the Niagara Frontier Boat Racing Association and the Hydro-plane Racing League of Quebec, Canada.

Featured were two days of races, food and craft vendors, live music and a car show. (Photos by Karen Gioia)

Related: Start your engines: Thunder on the Niagara boat races return for the fastest show on water 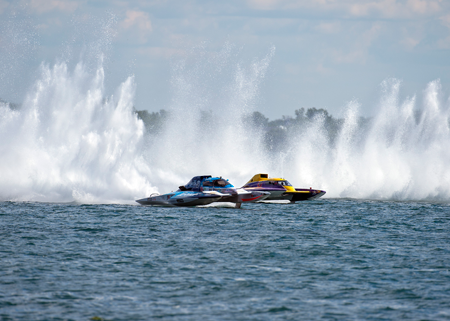 Mathieu Daoust, left, from Salaberry-De-Valleyfield, Quebec, and Eric Langevin from Mercier, Quebec, go head to head in a qualifying race for the Grand Prix class during the Thunder on the Niagara races at Gratwick Park on Saturday. 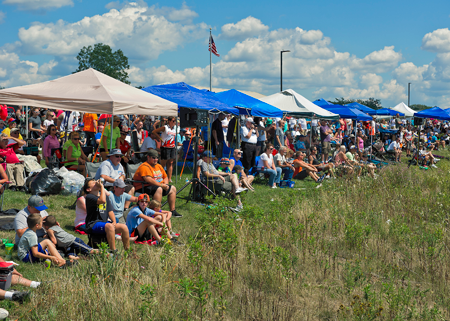 Shown are eventgoers at Gratwick Riverside Park as they watch the hydroplanes race by on the Niagara River. 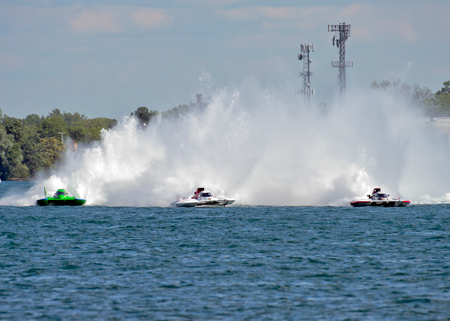 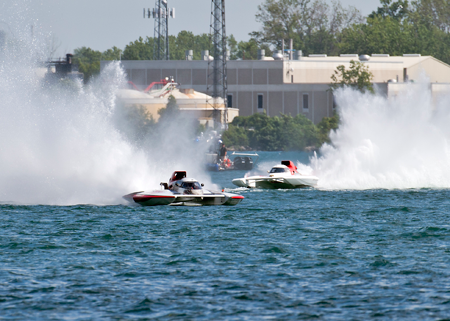 Henderson, left, races ahead of Brodie.