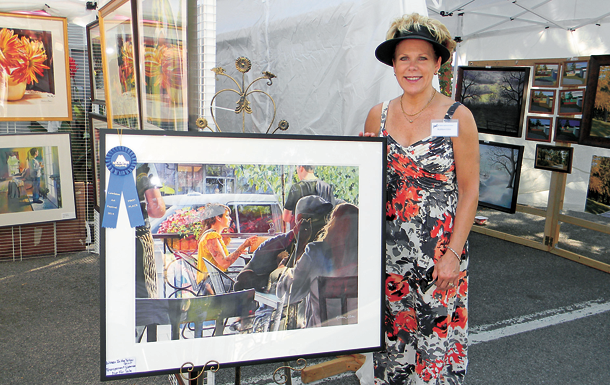 3-D artist to attend; College Alley a point of pride

What once started as a small, volunteer-run event is now celebrating its 50th year - and with more than 175 professional and student artists from throughout the U.S.

The Lewiston Art Festival returns to the village next weekend, celebrating five decades of cultural creativity in the historic hot spot. Sponsored by the Lewiston Council on the Arts, this year's festival will be held from 10 a.m. to 6 p.m. Aug. 13-14 along Center Street.

"It is a huge deal," said Lewiston Council on the Arts Artistic Director Eva Nicklas. "We are very thrilled, proud and excited to be presenting the festival this year."

Throughout the years, Lewiston has become known for its artistic presence in Western New York. Nicklas said, "People think of the village as an art community." 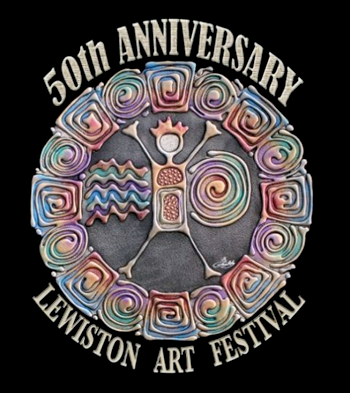 To mark the half-century anniversary, the festival will come alive with new events, artists and more.

For the first time, 3-D chalk artist Michael Macaulay, from Rhode Island, will make an appearance at the festival. Macaulay plans to create a breathtaking 3-D mural in the heart of the festival.

He's brought his talents to Los Angeles, New York and even the Caribbean, but this will be Macaulay's first trip to Lewiston.

"I'm looking forward to visiting a new place. It's a fun, great opportunity to do something I enjoy," he said.

The artist will be in the village both festival days, finishing his Niagara Falls-themed chalk masterpiece on Sunday.

"Part of the attraction is that it's performance art. You can watch it come to life, and it's a reward to see the finished product," Macaulay said.

There's something for the entire family to do at the 50th anniversary Lewiston Art Festival, including children. New this year, the Modern Art Zone is catering to the little ones in the family.

"For the first time, we are bringing in kiddie rides," Nicklas said.

From sand art to face painting, no child will be bored. Some adults may even want to take part in the fun!

The KeyBank Chalk Walk Competition will make its return to Lewiston on Saturday. Festival visitors can walk down Center Street and gaze upon the amazing chalk murals decorating the pavement. Cheer on your local school, as 16 teams of talented young students compete in the popular competition.

"This is a part of the Lewiston Art Festival that we are proud of, because it gives young artists the opportunity to do a professional show," Nicklas said. "We have even had young artists win (overall festival) prizes and awards in years past."

College Alley is slated to be staged in the Frontier House parking lot.

Along with keeping the artistic tradition alive, the Art Festival will continue to "go green," in partnership with Modern.

From food to plates and napkins, festival guests, vendors and local business owners are urged to recycle and reduce the amount of waste in the village. They're encouraged to use compostable serviceware.

Throughout the weekend, waste will be collected and processed into compost. This is in addition to the recycling of bottles and cans.

"We are so proud of the relationship we have nurtured over the past few years with Modern Corporation, because the environment is very fragile," Nicklas said. "A 'go green' initiative will be taken throughout the festival with recycling and composting efforts made by each and every vendor."

In a press release, Modern said, "We applaud the Lewiston Council on the Arts for their leadership in promoting green initiatives. Recycling and composting make a difference in ensuring a greener tomorrow, so we can all continue to enjoy the Lewiston Art Festival for the next 50 years."

Even trash can become a beautiful thing at this year's festival. A series of "Art Carts" have been beautifully decorated by Lewiston-Porter School District students to encourage everyone to reduce, reuse and recycle.

Street musicians, entertainers, artists and even a fairy will be flittering around the Lewiston Art Festival in honor of its milestone.

Nicklas said, "We have reached critical mass with this festival. I am very proud to be a part of it - and not just the festival, but how it has helped shape Lewiston all together."

For more information on the Lewiston Art Festival, visit www.artcouncil.org.

Along with writing for NFP, you can catch Courtney Corbetta weekdays at 10 a.m. on WKBW-TV Channel 7. She is a part-time feature reporter for the morning lifestyles show "AM Buffalo." 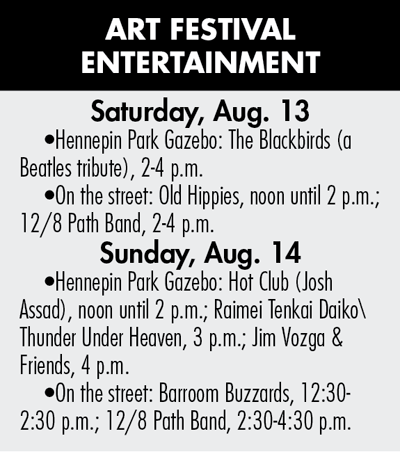 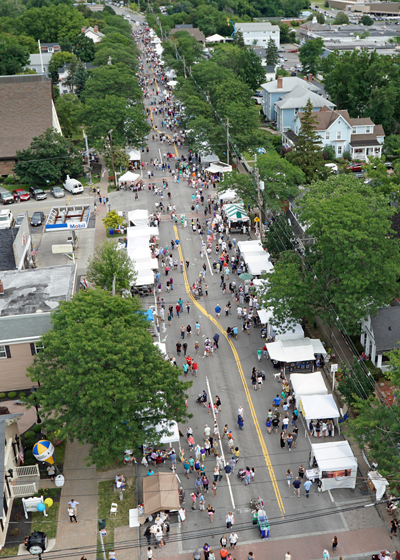