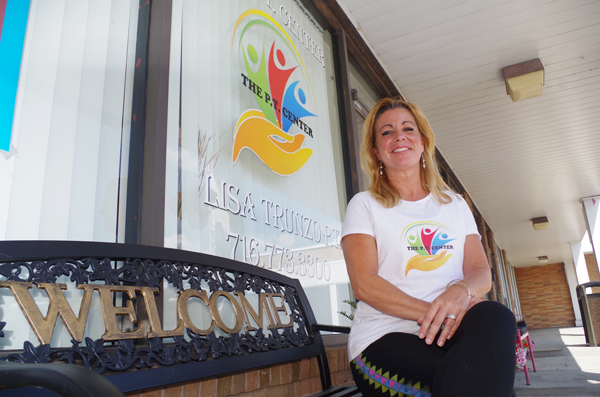 Lisa Trunzo of The PT Center, at 2423 Grand Island Blvd., welcomes her patients to her new location in the Grand Island Plaza. (Photos by Larry Austin)

Lisa Trunzo is done with moving. After three years in business at The PT Center, the Island businesswoman and physical therapist has found her permanent location.

"This is my third move, but I will be here for the next five years, so I kind of feel like I've found my home," Trunzo said at her office, located at 2423 Grand Island Blvd., in the Grand Island Plaza. Her new location has been gutted "from the studs up," she said, and expanded to meet the needs of her clientele.

She was previously located near the Soma Cura Wellness Center, but both the yoga business at Soma Cura and the PT business for Trunzo have grown at such a rate that they needed space to stretch out, so to speak.

"We still have a pretty intimate connection," Trunzo said of The PT Center and Soma Cura, saying physical therapy patients benefit from yoga and yogis, from physical therapy.

The expansion is designed to meet the needs of her customers, Trunzo said, and "to start offering programs that my patients have been asking me for."

Among the new offerings:

•The center has small group exercise classes, in what Trunzo called "Create a Class." The small groups of four students can take part in Pilates (in which Trunzo is a certified instructor), or take classes in stretching, endurance or balance.

•A post-rehab program is offered. Trunzo explained, once patients are discharged from a program, they say that they will do their prescribed exercises. Often, they don't work from home, but don't want to join a gym either. At The PT Center, they can run through the program.

"We're there to kind of keep an eye on them," Trunzo said, explaining the program is not hands-on, but is independent. "That's a great way to bridge people from discharge to healthy living."

•Trunzo is looking forward to offering physician-guided seminars in the fall.

•An integral part of the new location is the staff, in-office manager Jean Marino and physical therapist Kristen Toscano, the latter an Islander with 15 years experience in PT, including certification as a health coach and expertise in nutritional counseling and vestibular rehab (balance disorders).

Trunzo is working on a group referral program with other businesses. Refer a patient to her, and choose between gift certificates from Island businesses.

While the business footprint is bigger, Trunzo said she wants to stay true to her mission statement of offering intimate, quality orthopedic care in a personalized setting. Trunzo has experienced two sides of the coin, both as a physical therapist with a specialty in women's pelvic health and as a patient.

"I, too, am a chronic pain patient, and I understand what it's like to really want to have good, quality care," she said, adding she wants to treat her patients the way she wants to be treated.

"It's intimate, it's personalized," she said of her care. 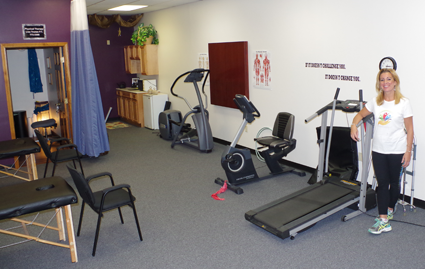 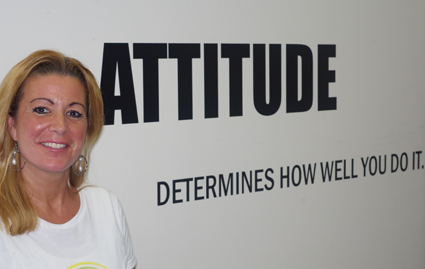