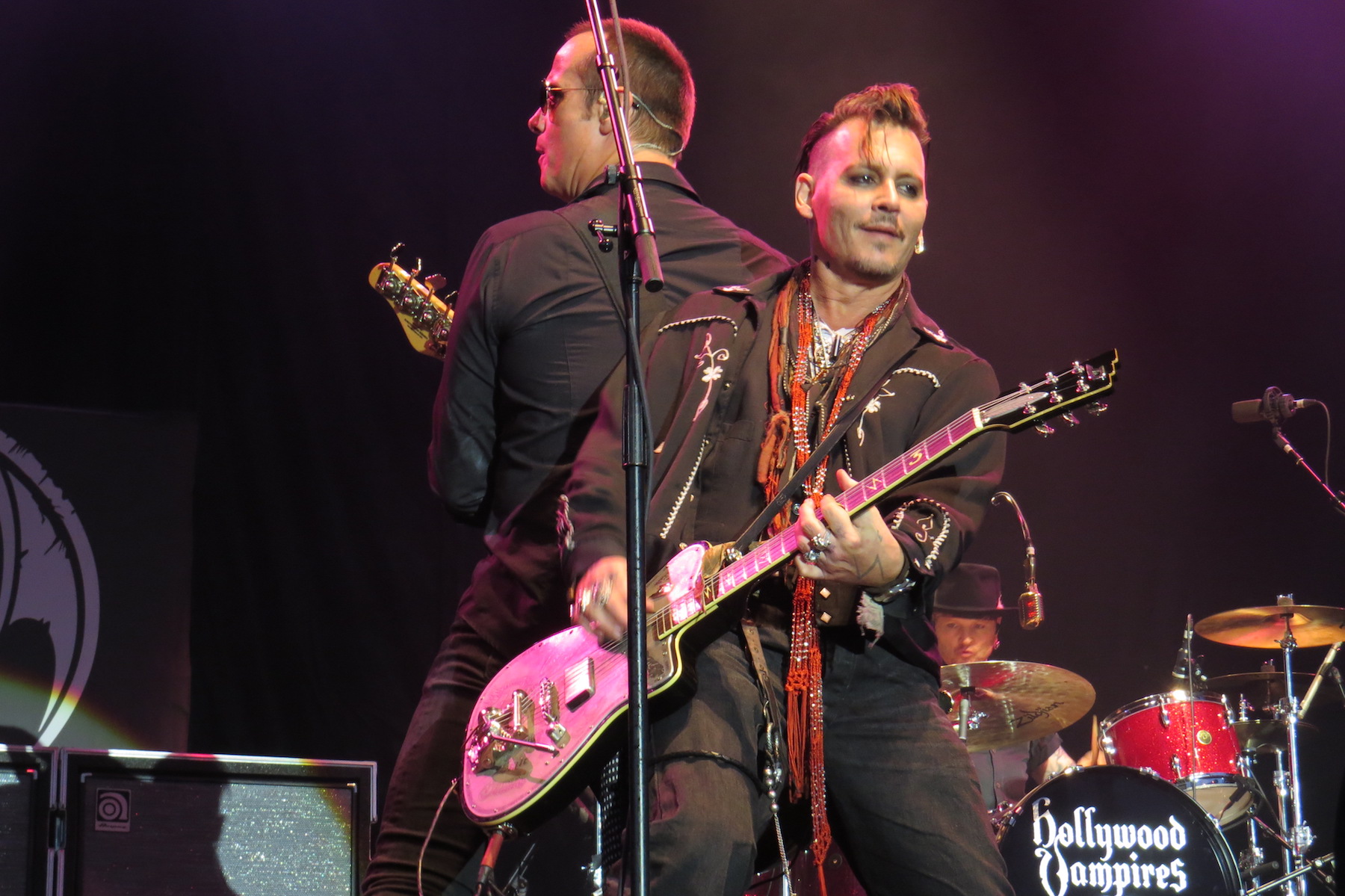 There will never be a cover band in Niagara Falls more famous than the one that performed Saturday night outside of Seneca Niagara Resort & Casino.

The Hollywood Vampires, fronted by Rock and Roll Hall of Fame showman Alice Cooper, Aerosmith axeman Joe Perry and Hollywood A-list actor Johnny Depp - the man most of the 4,000 in attendance came to see - performed almost two-dozen songs. Of those, 85 percent were covers.

The band, which includes Guns N' Roses/Velvet Revolver drummer Matt Sorum and Stone Temple Pilots' bassist Robert DeLeo, performed hits by The Doors ("Break On Through [To the Other Side]"), T. Rex ("Bang a Gong [Get it On]"), the Beatles ("Come Together"), Led Zeppelin ("Whole Lotta Love") and The Who ("Pinball Wizard," "My Generation").

"If we haven't done any of your favorite songs, it's because they're not dead yet," Cooper said. "But when they die, we'll be here."

The band also performed some of their own songs: "Raise the Dead," "As Bad as I Am" and "My Dead Drunk Friends" (which was dedicated to the famed Hollywood Vampires Hollywood drinking club, where Cooper once hung out with the likes of John Lennon and Keith Moon); Perry's "Sweet Emotion"; and Cooper's "I'm Eighteen" and "School's Out." 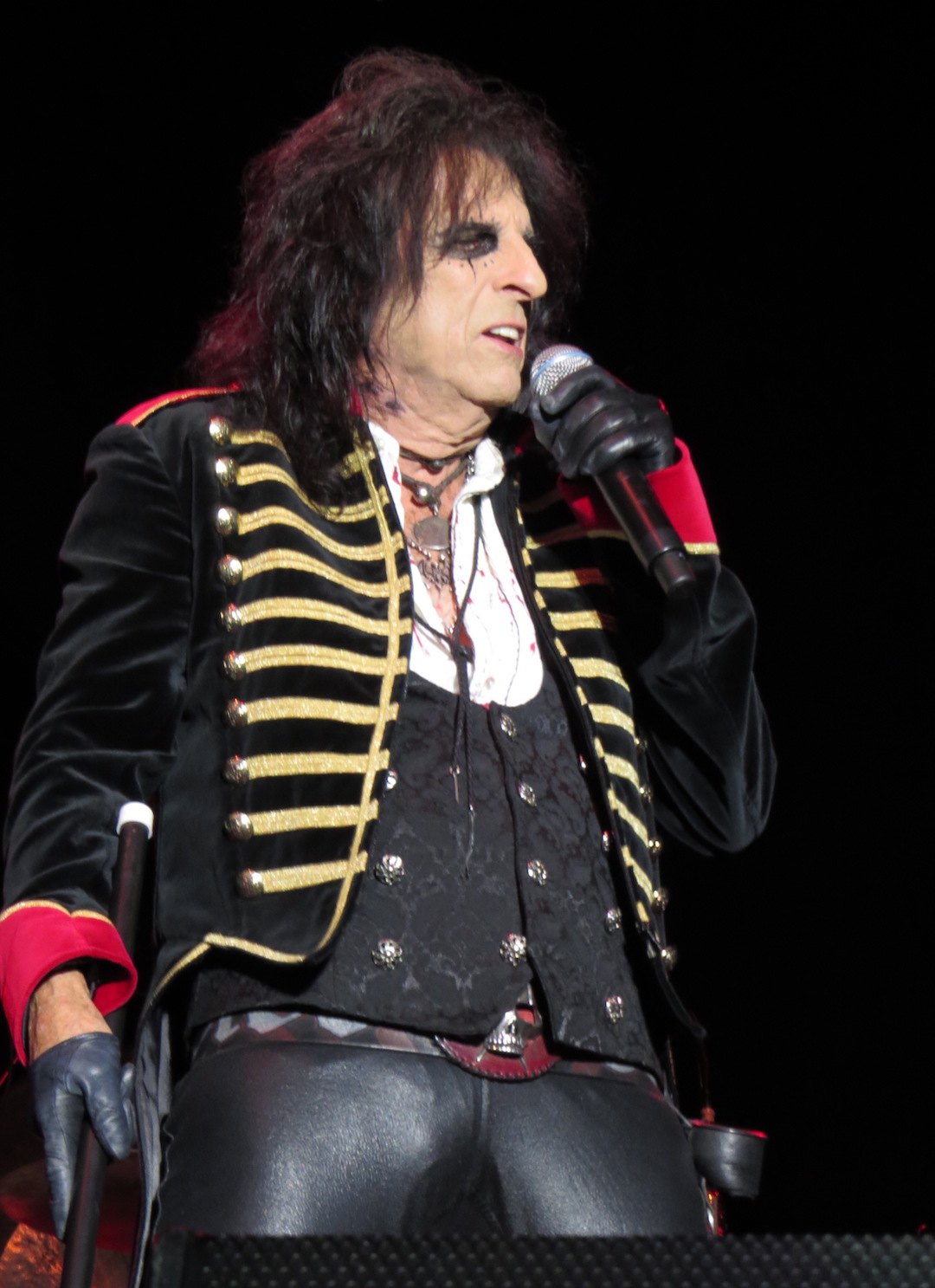 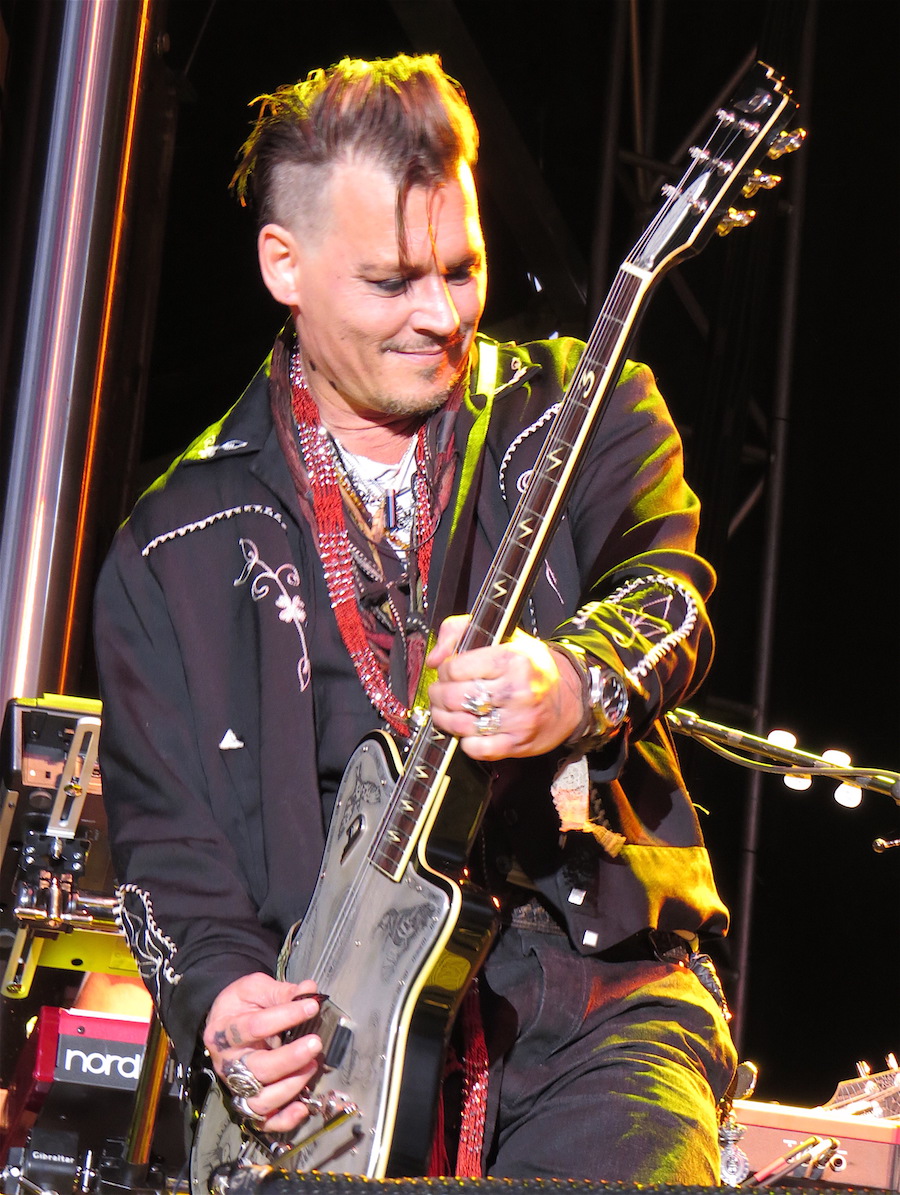 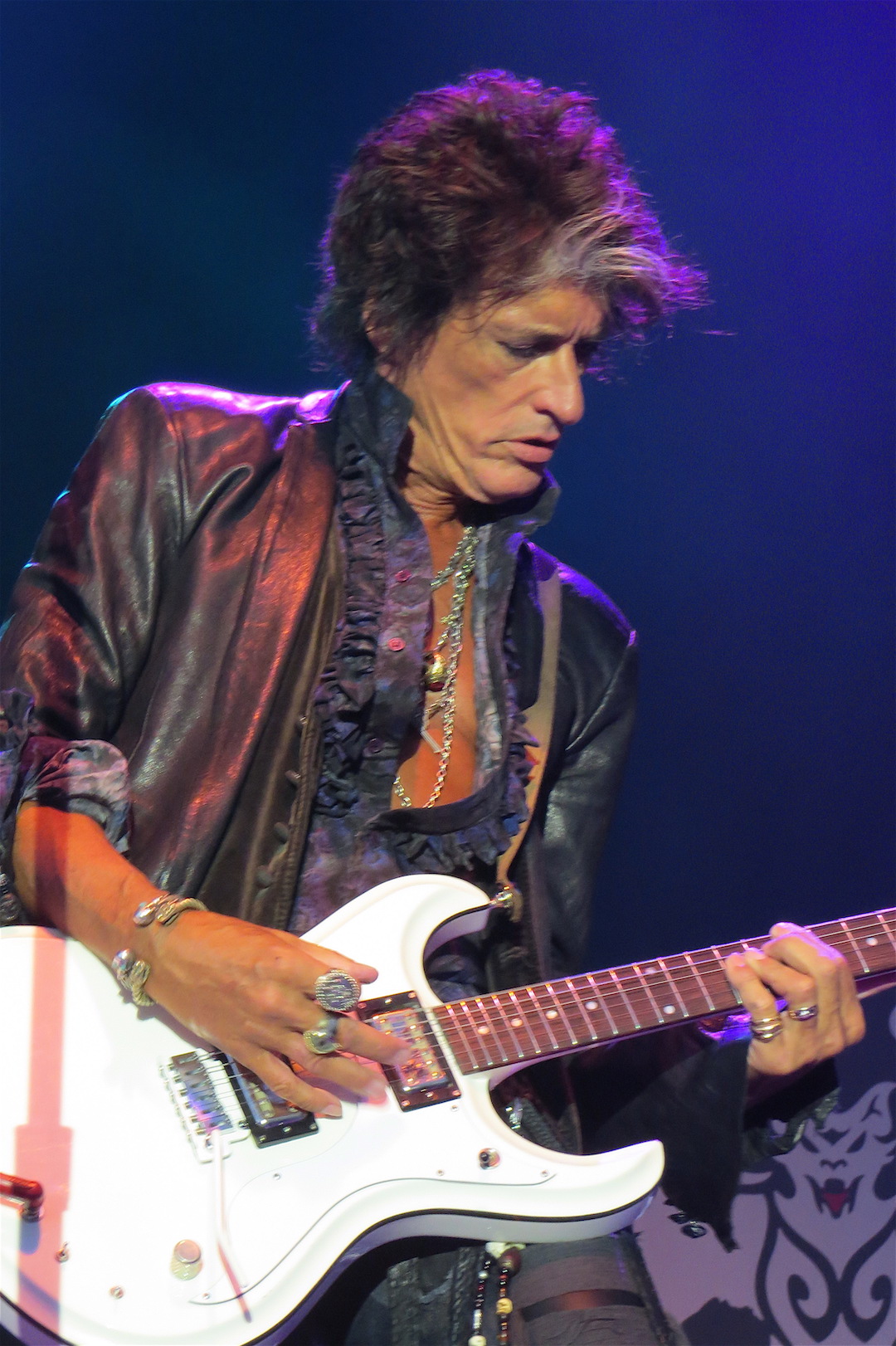 Three rounds of pouring rain delayed the hotel parking lot show one hour. Once the showers stopped at 9 p.m., the Hollywood Vampires poured down about 90 minutes of hit songs. Here - unlike other casino shows, where patrons and whales come and go throughout sets - the soaking-wet, poncho-clad crowd remained until the very end.

Cooper, ever the character, aptly covered the work of some of the greatest singers of all time. His theatrics somewhat mask his talent, which is unfortunate, because Cooper's voice is legit.

And, yeah, he also stabbed a giant balloon with a large knife.

Perry showed why he, too, is a Rock and Roll Hall of Fame inductee, ripping through songs from center stage as Cooper and Depp strutted from side to side. He even performed a solo with a guitar behind his head.

Depp, who's made his bones as a Hollywood outsider, had no problem fitting in with the crowd. He was affable and thanked the audience for its applause on more than one occasion. Attire-wise, one person rightly described his look as a cross between Axl Rose and Depp's iconic 1990 movie "Cry-Baby."

Depp also tossed out about a dozen guitar picks, much to the delight of those in the front rows. One fan also walked away with one of his towels, while another received the neck of a guitar Perry smashed on stage, and two others walked away with a Sorum drumstick. 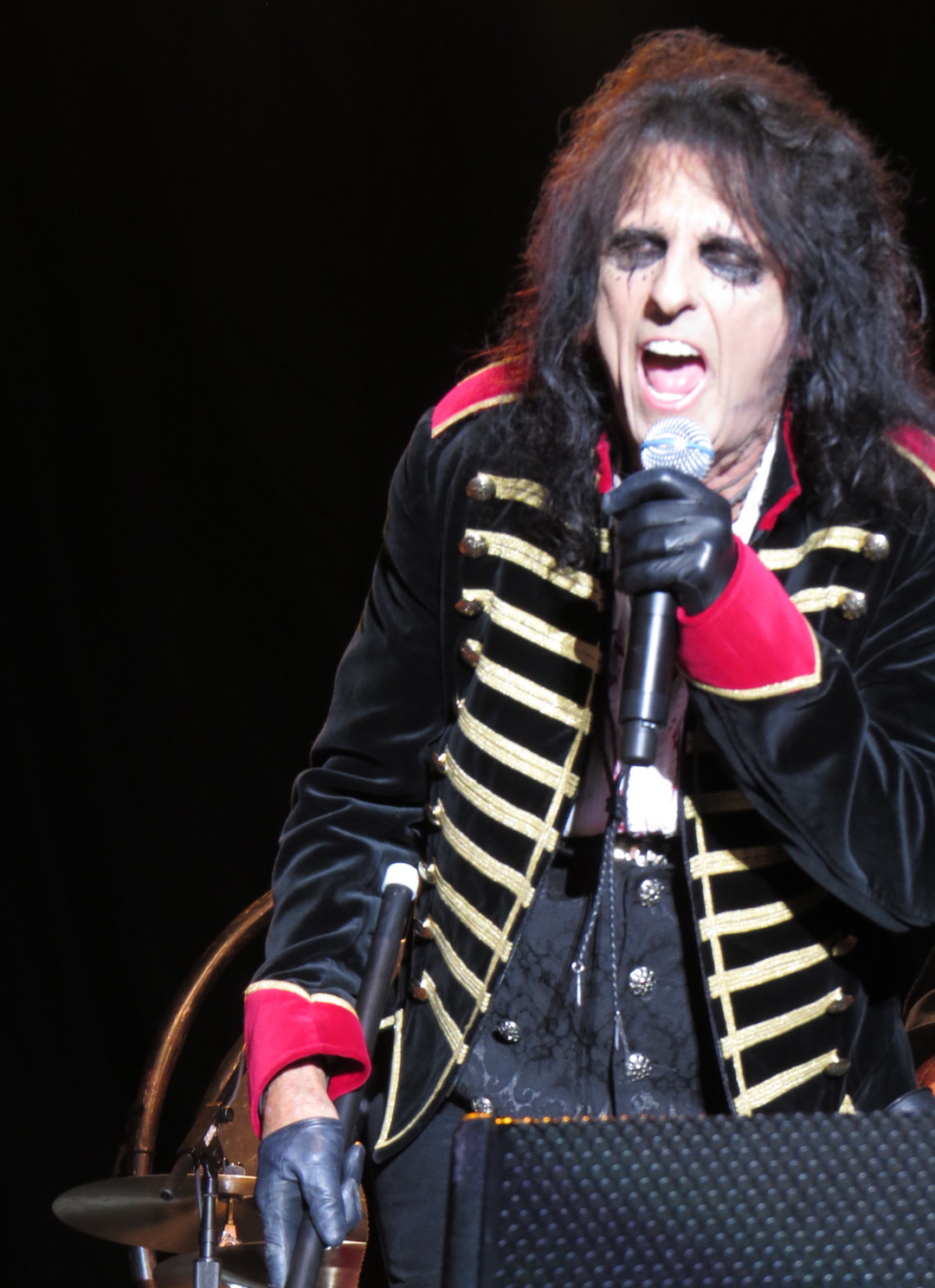 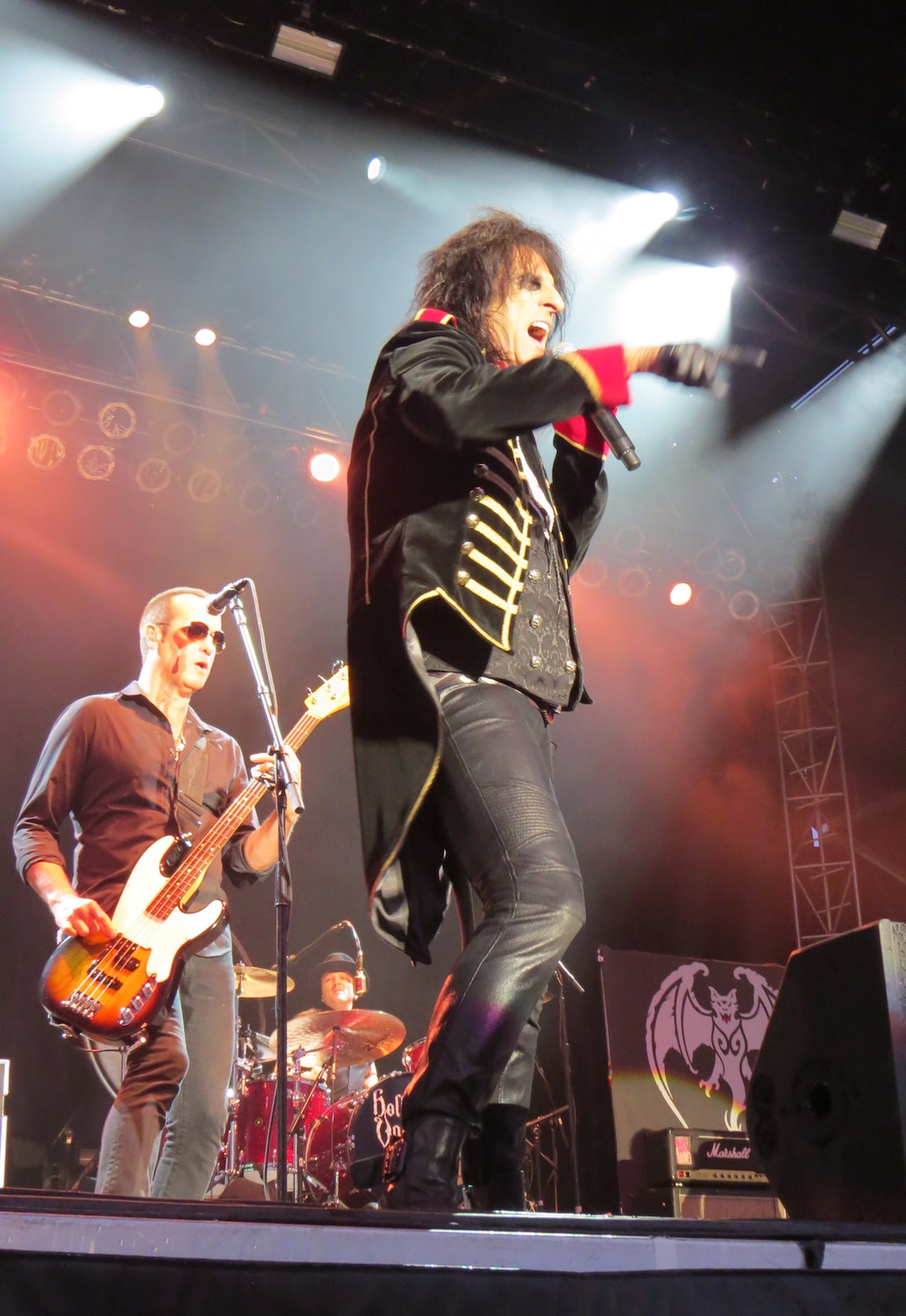 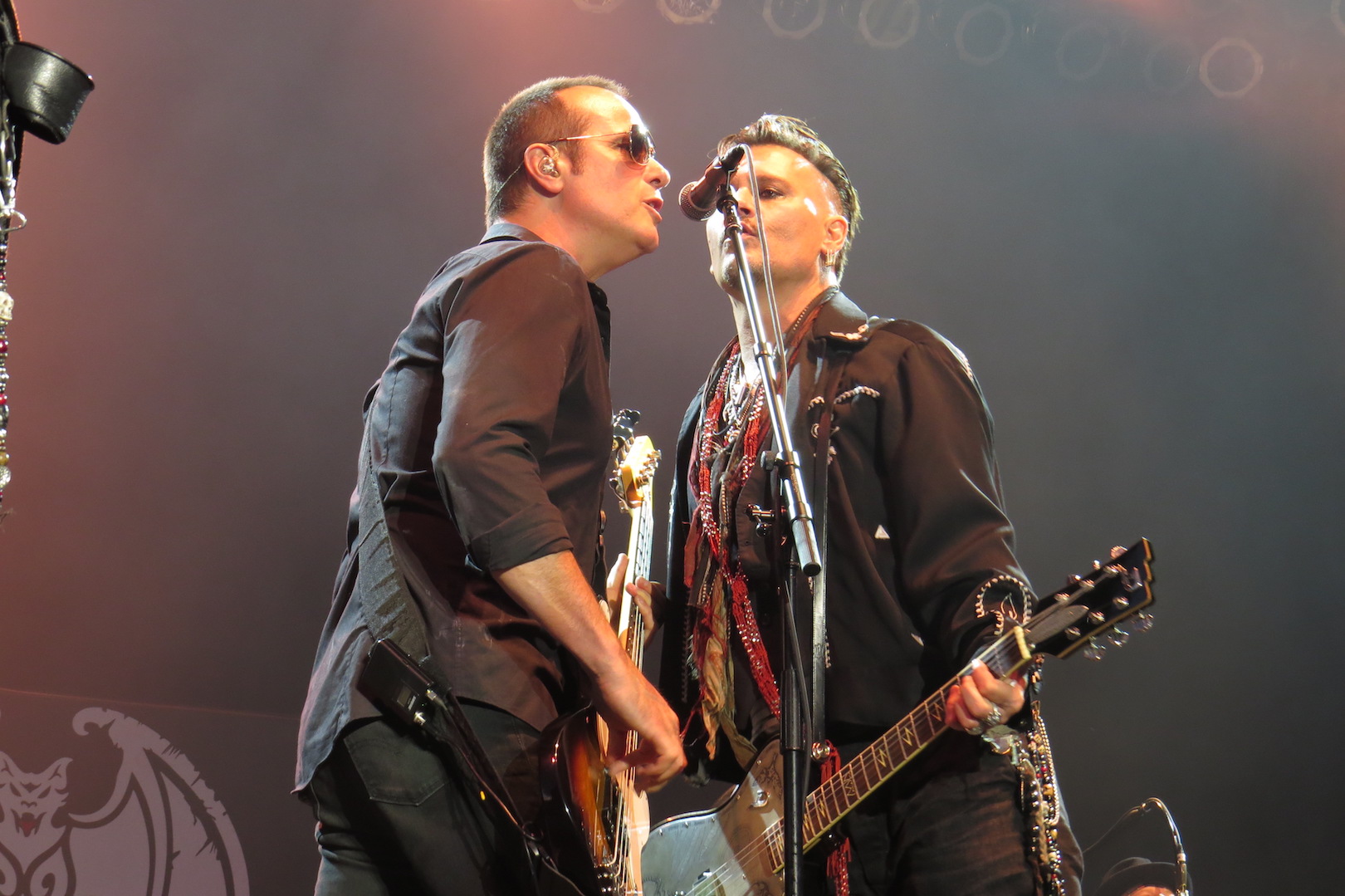 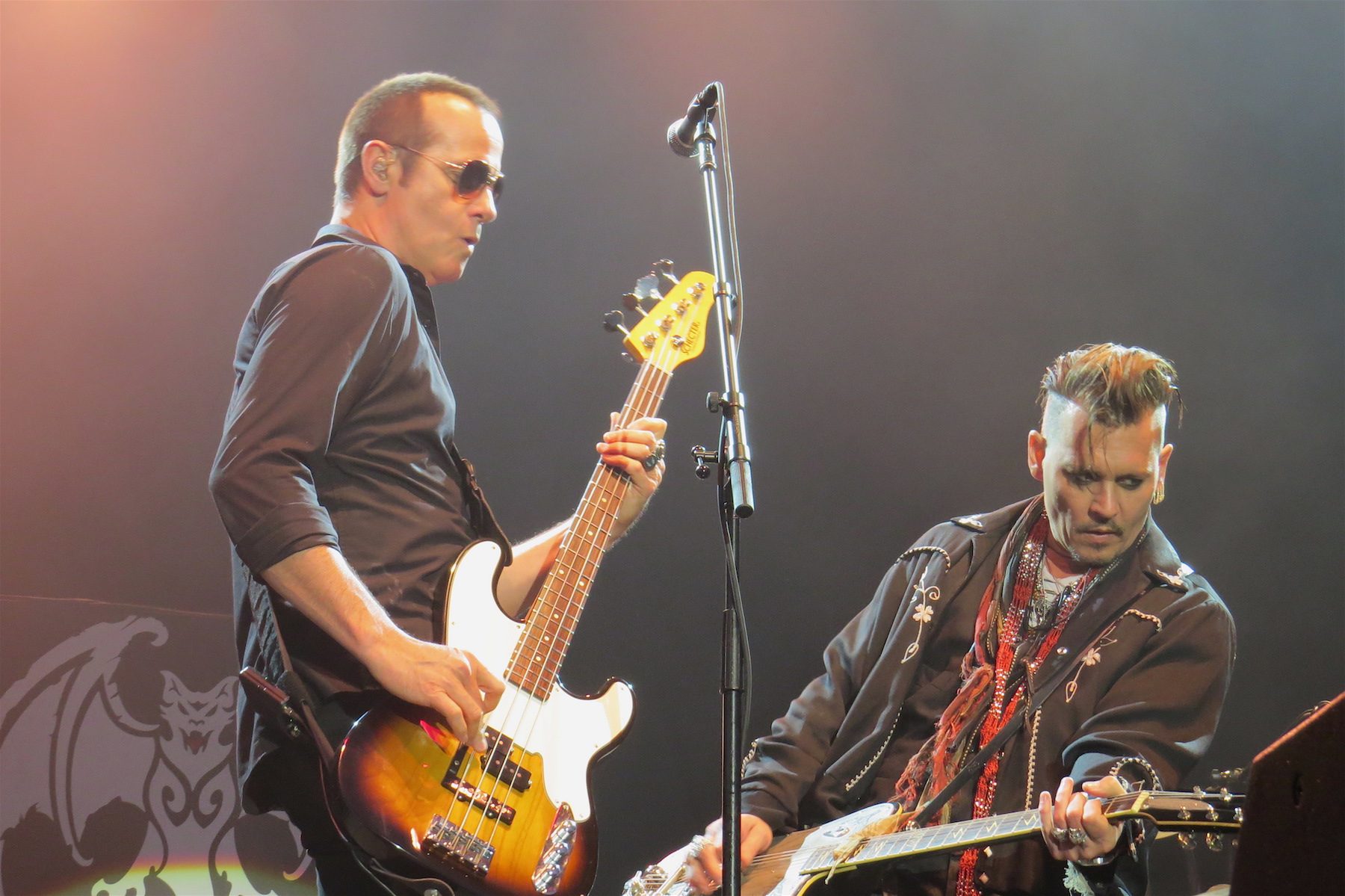 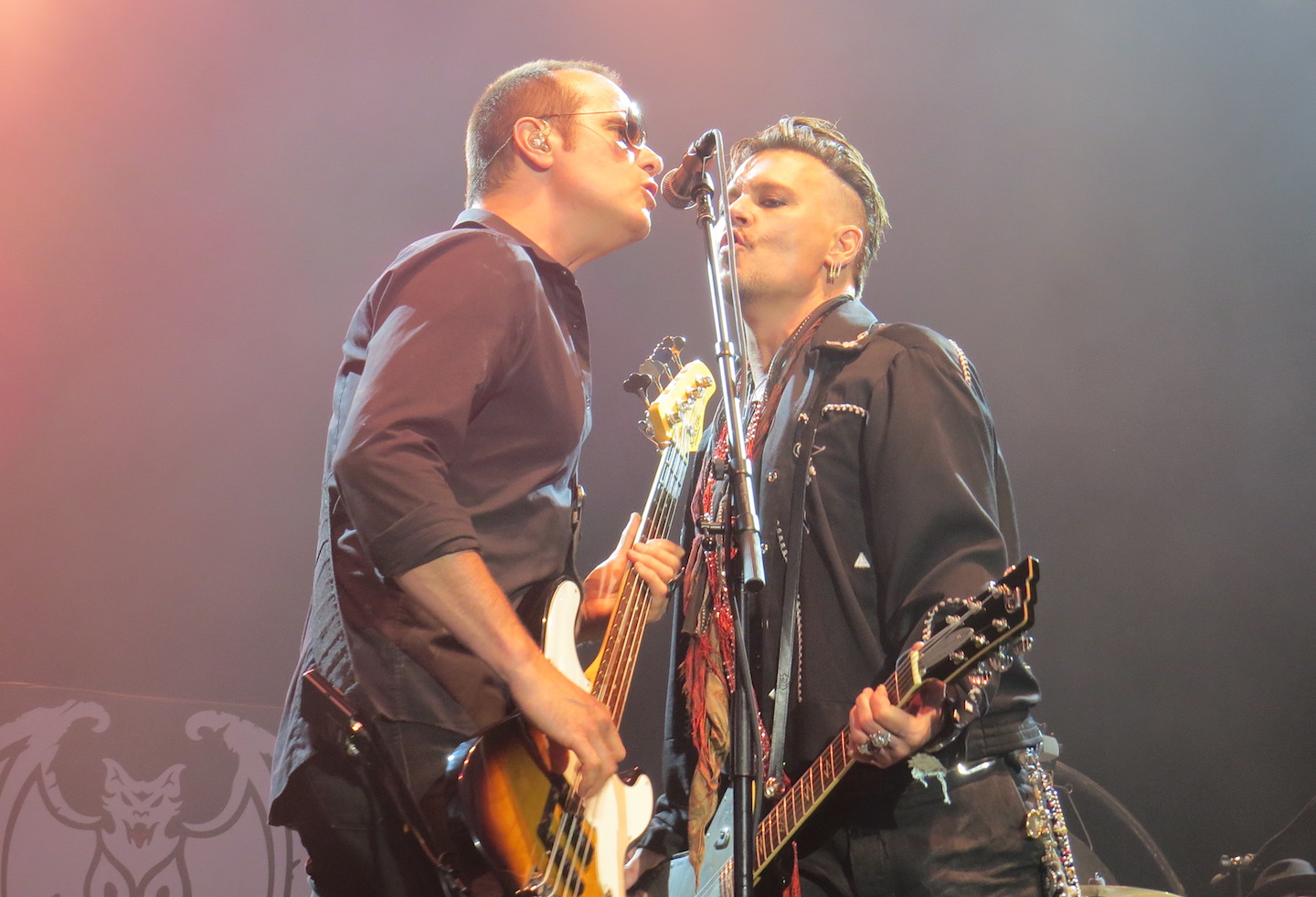 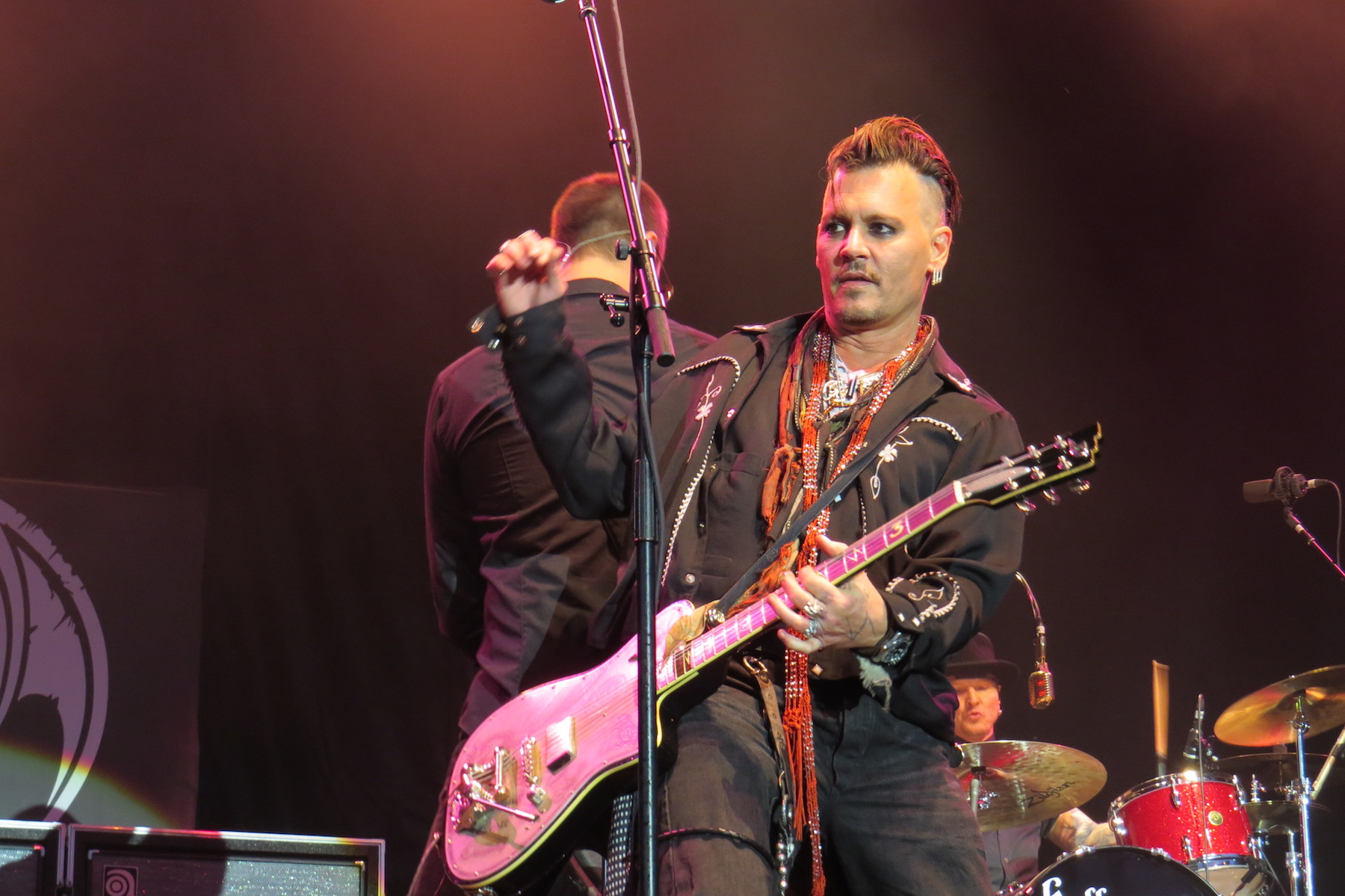 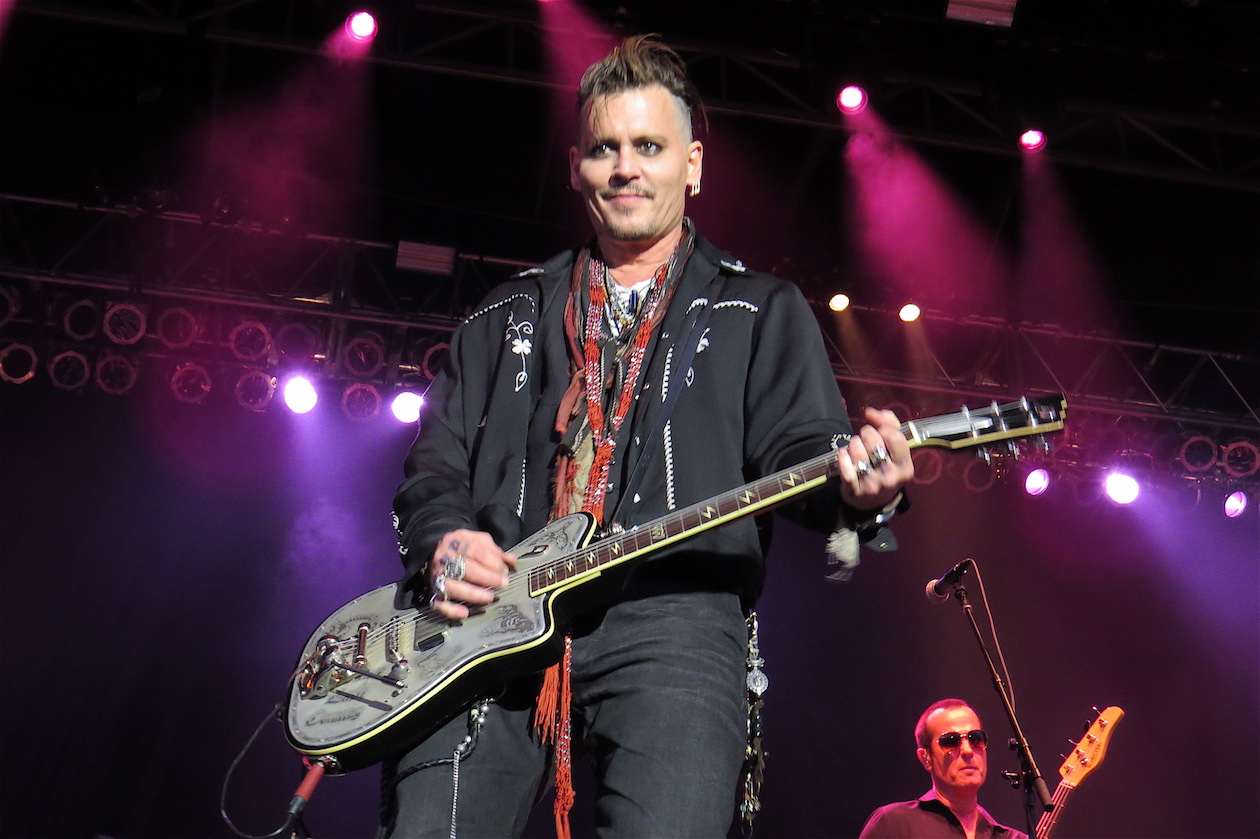 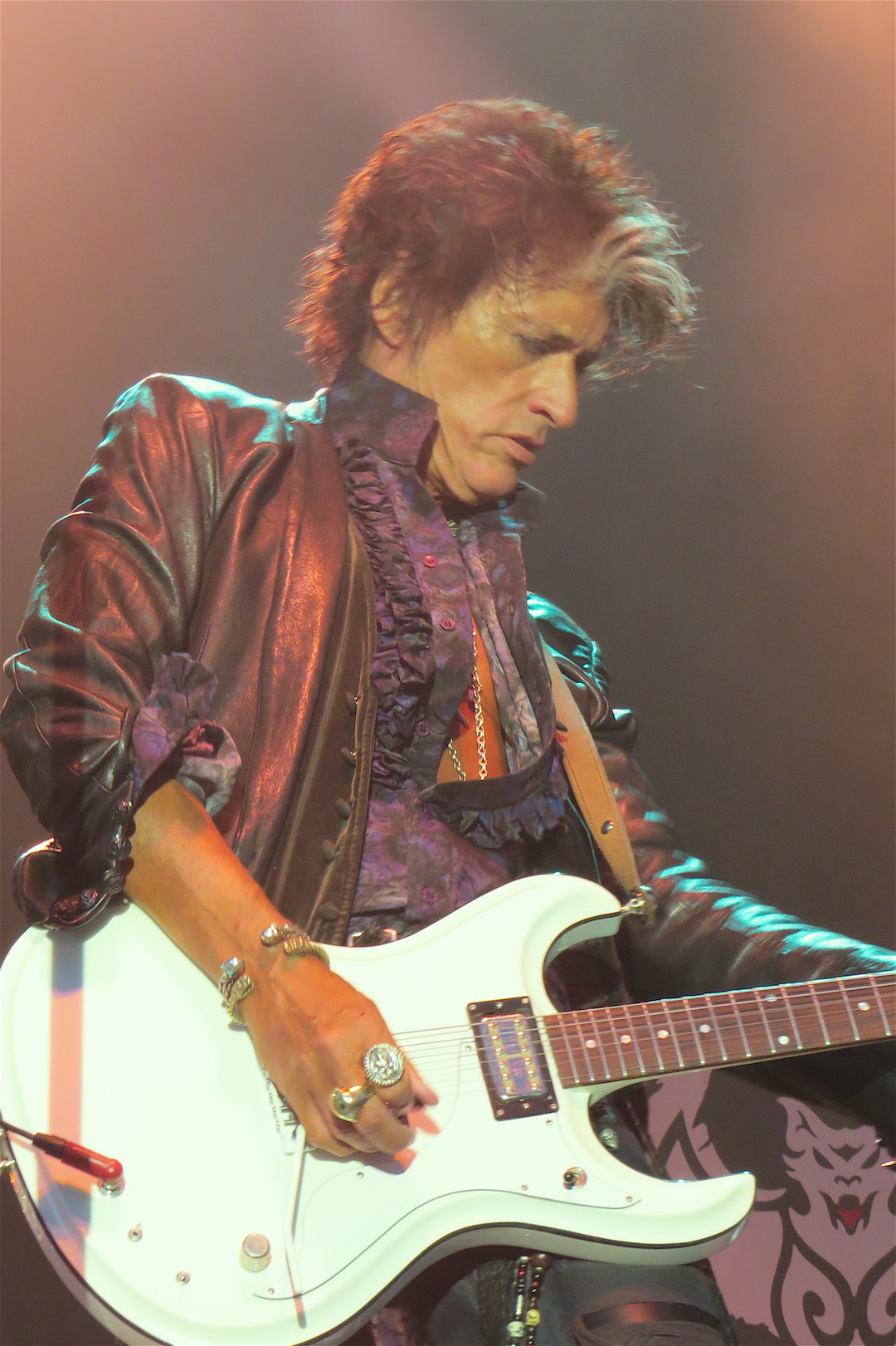 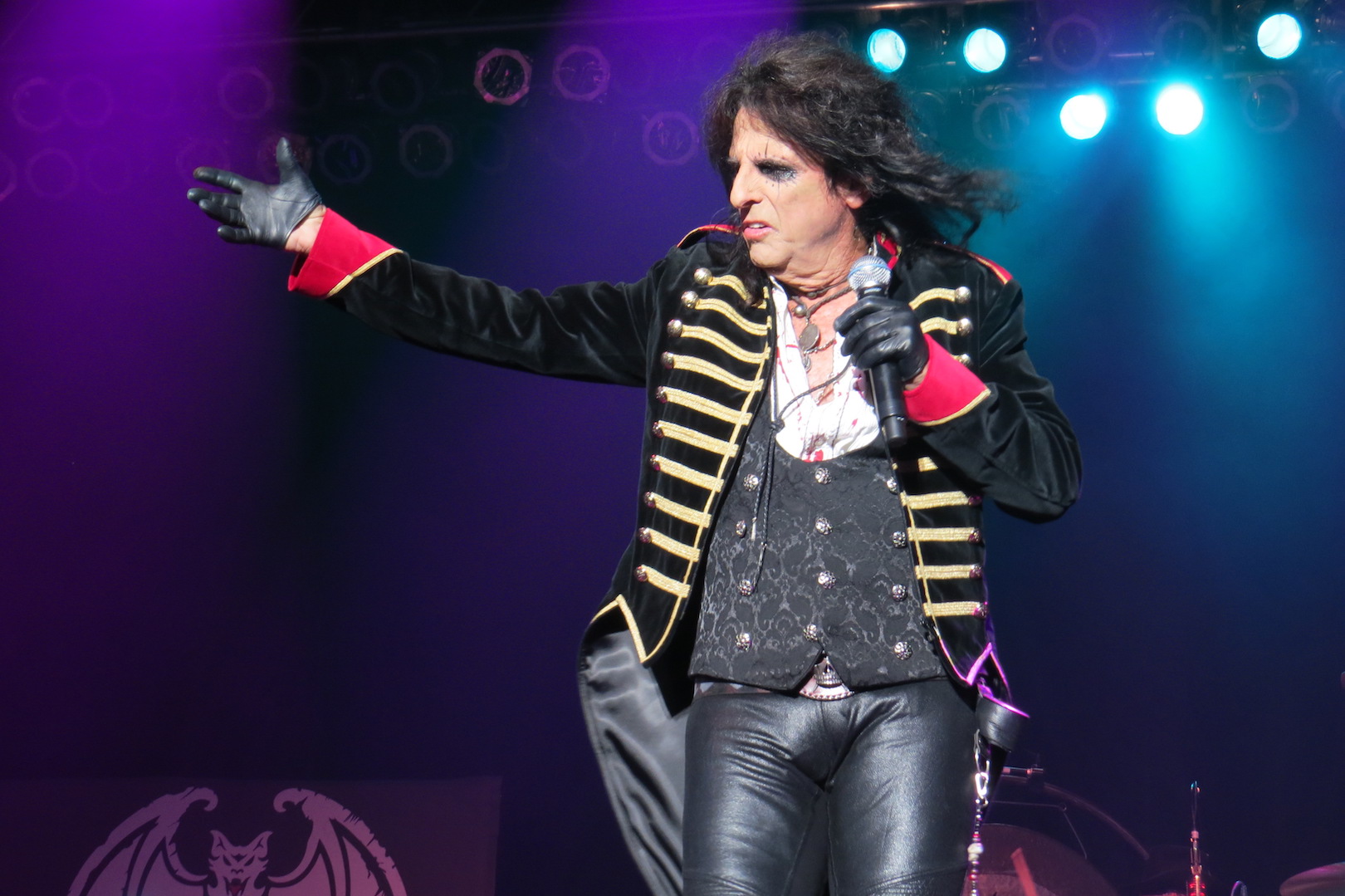 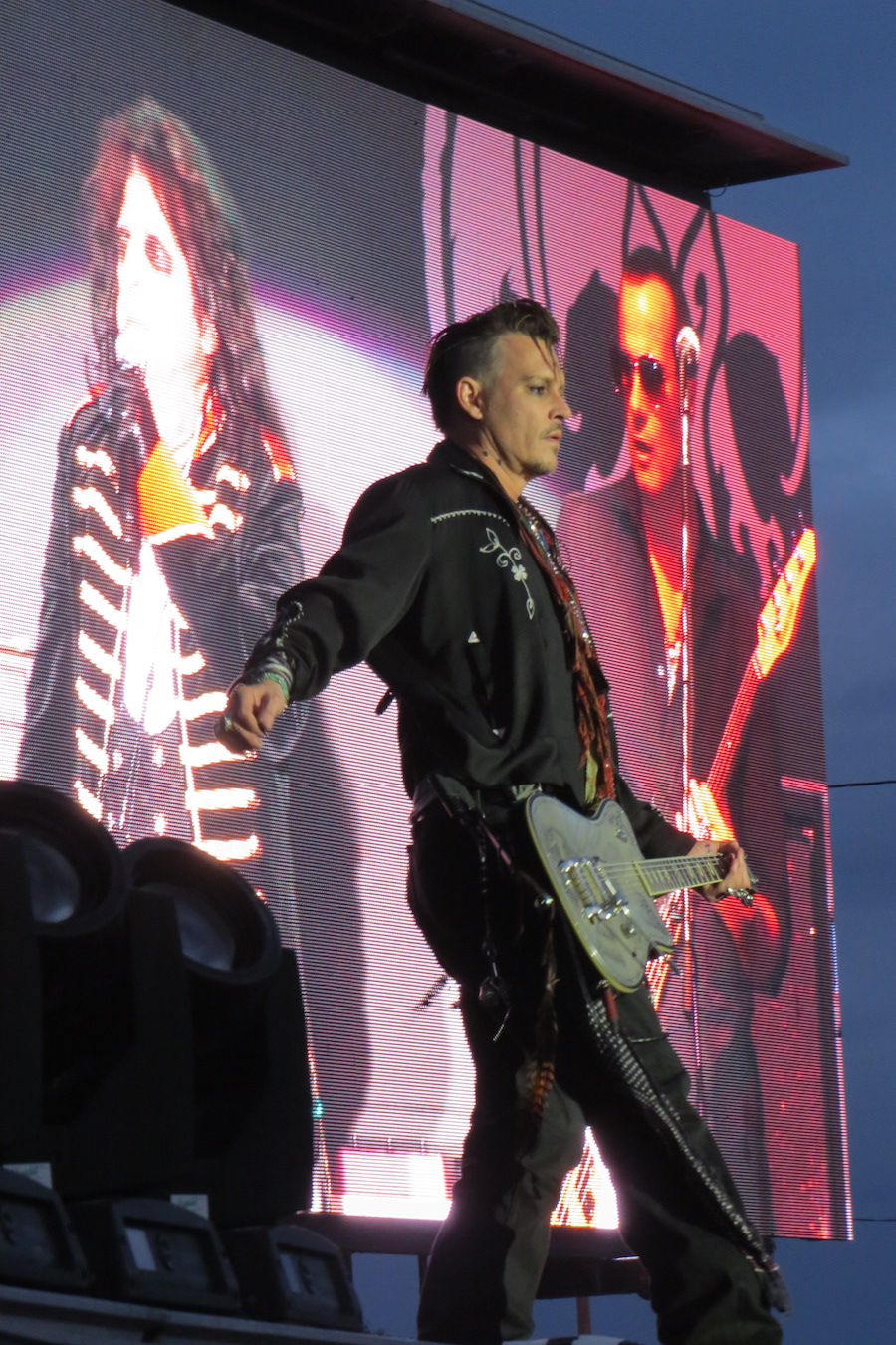 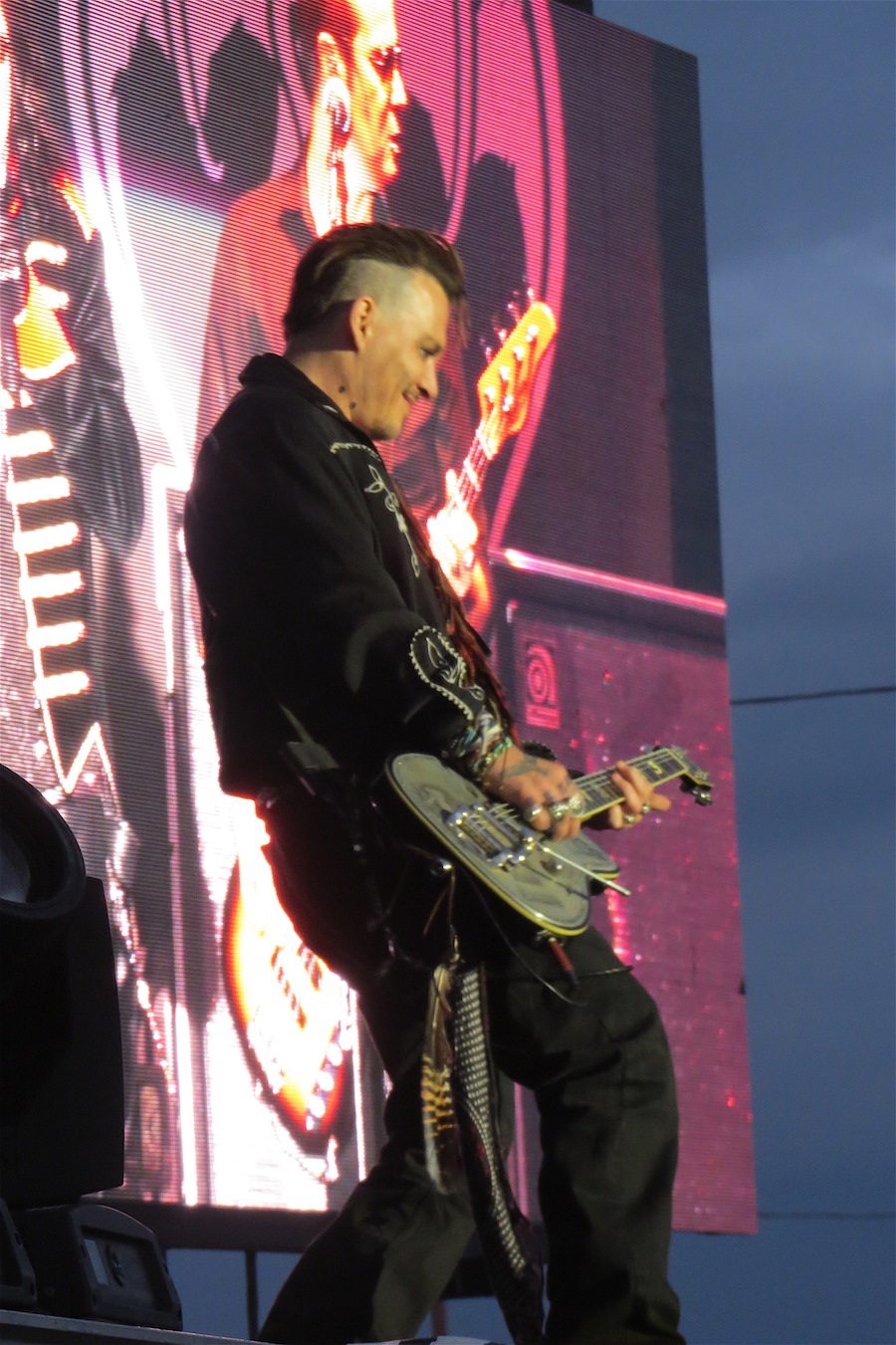 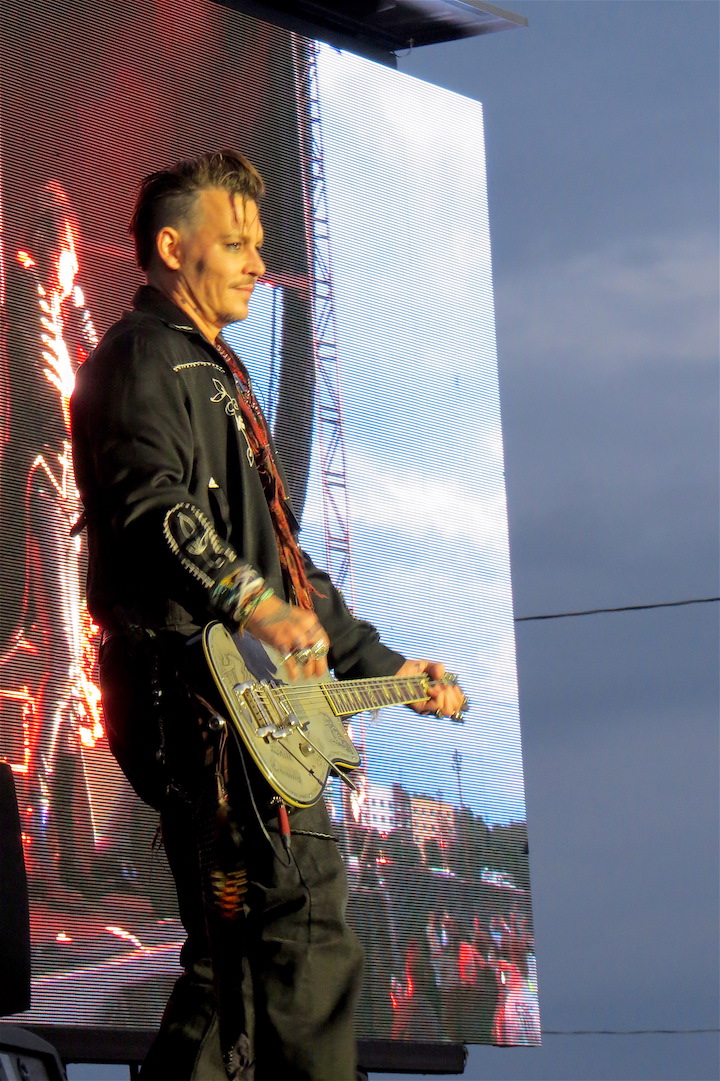 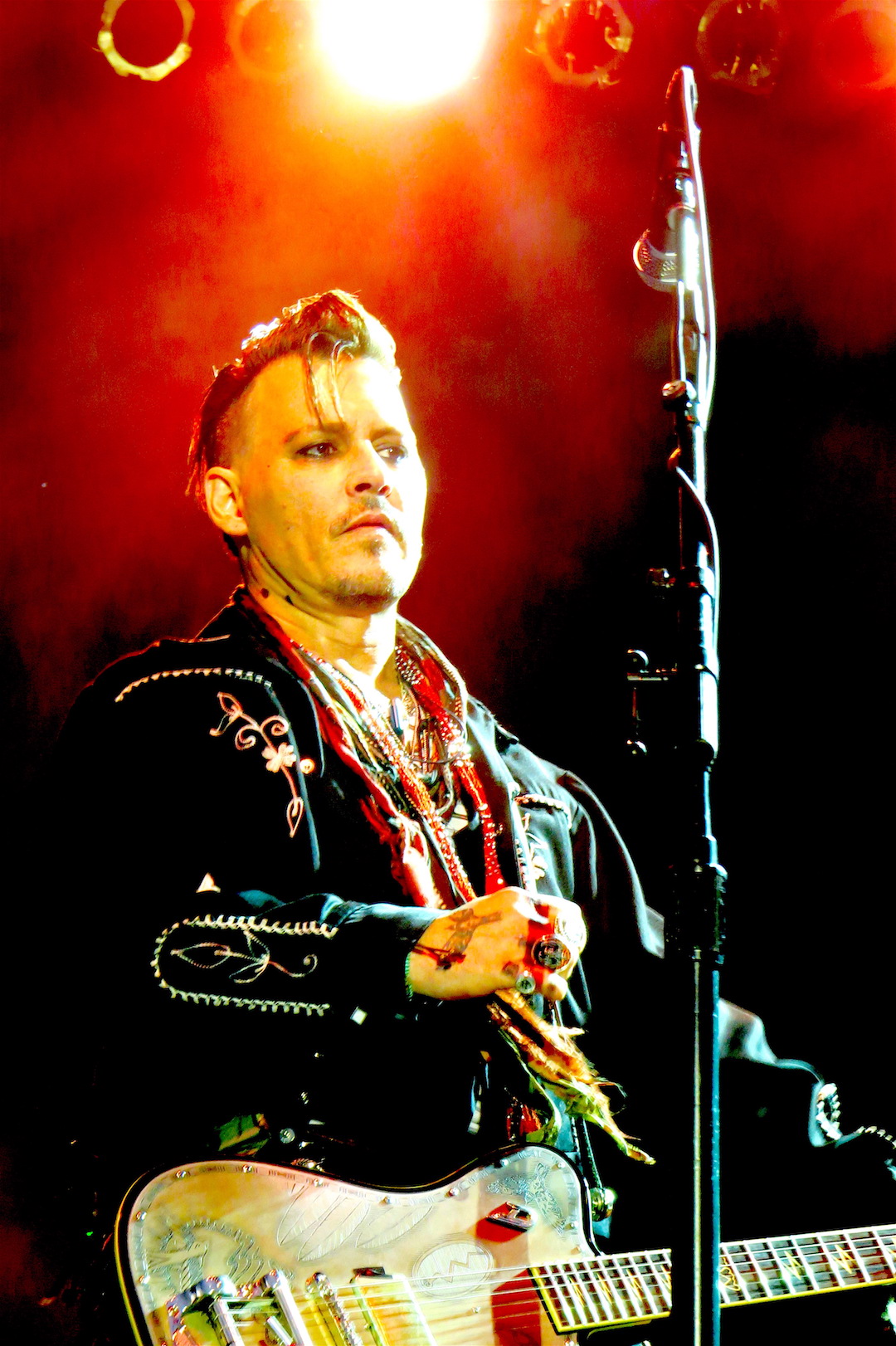 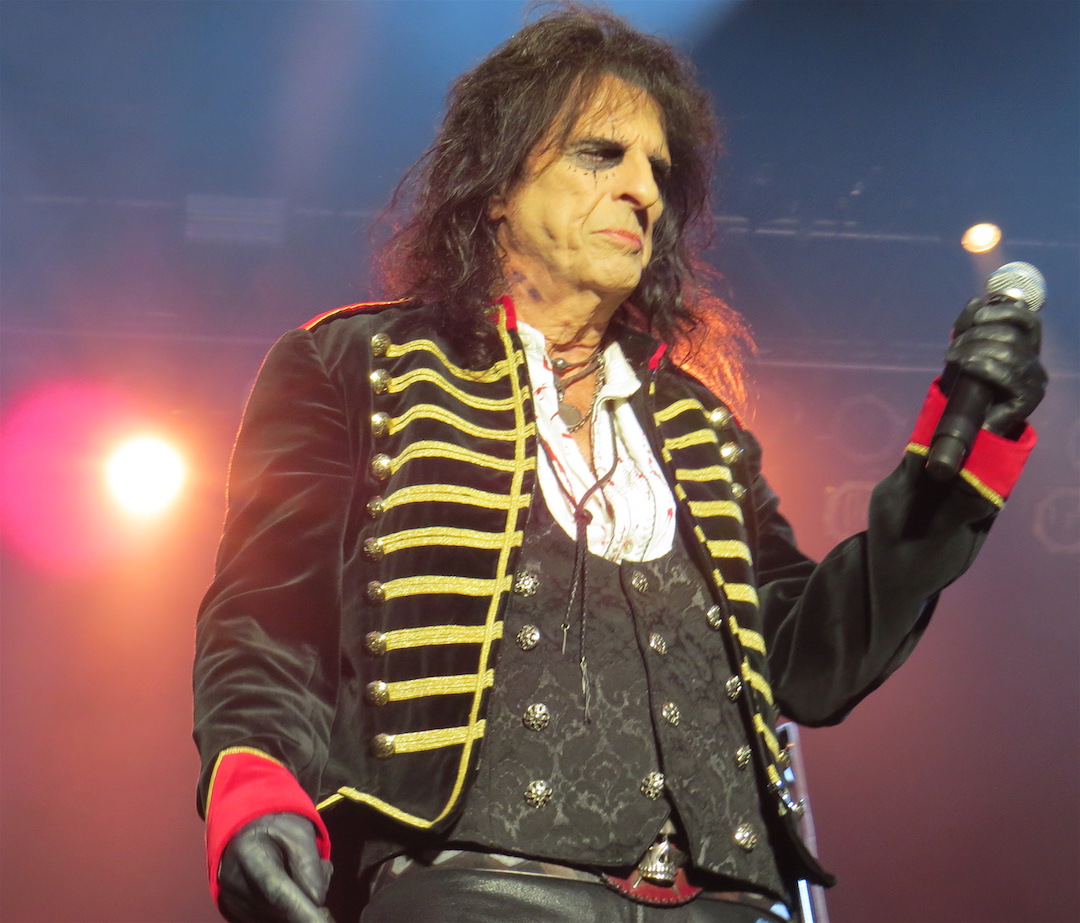 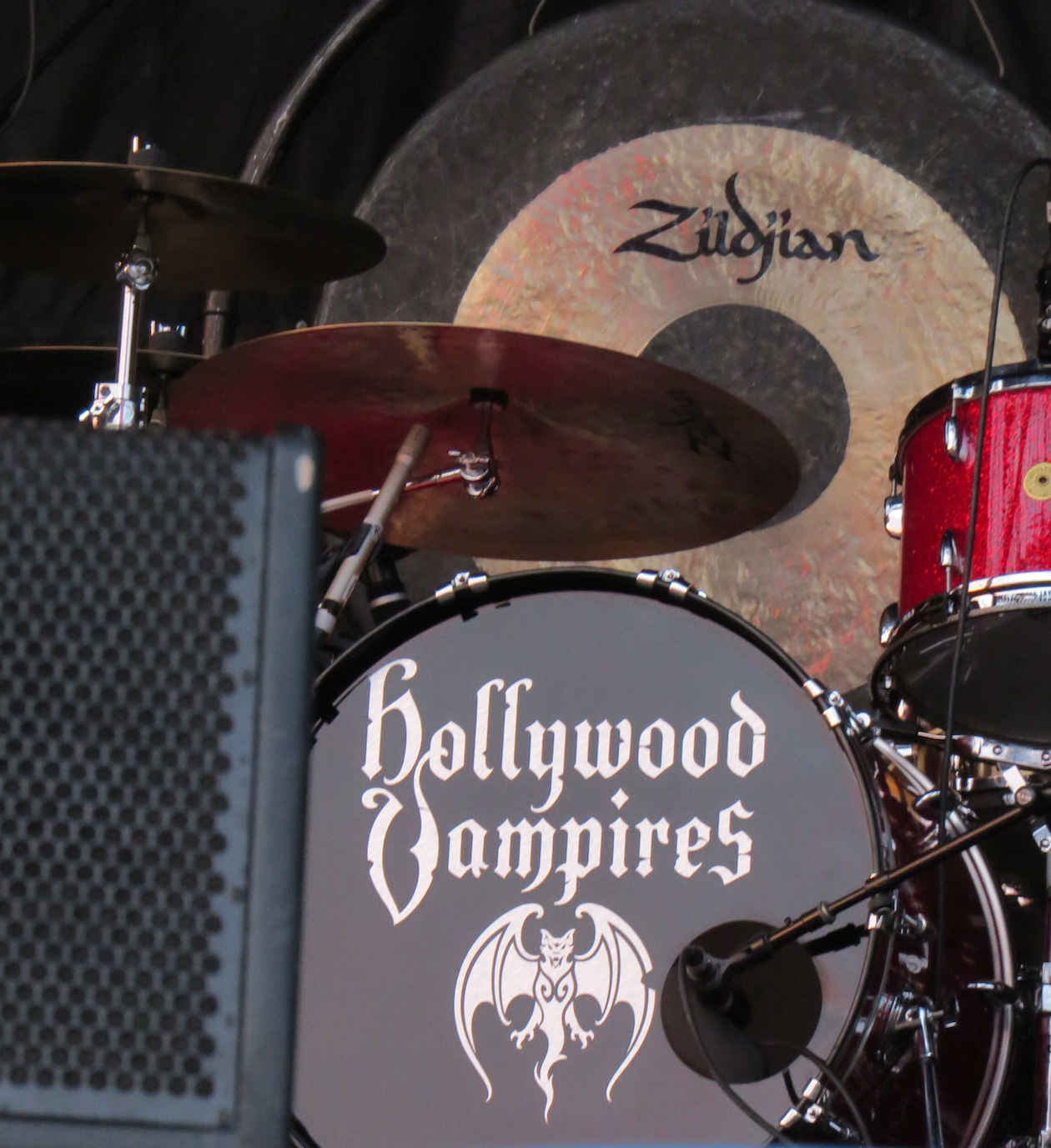 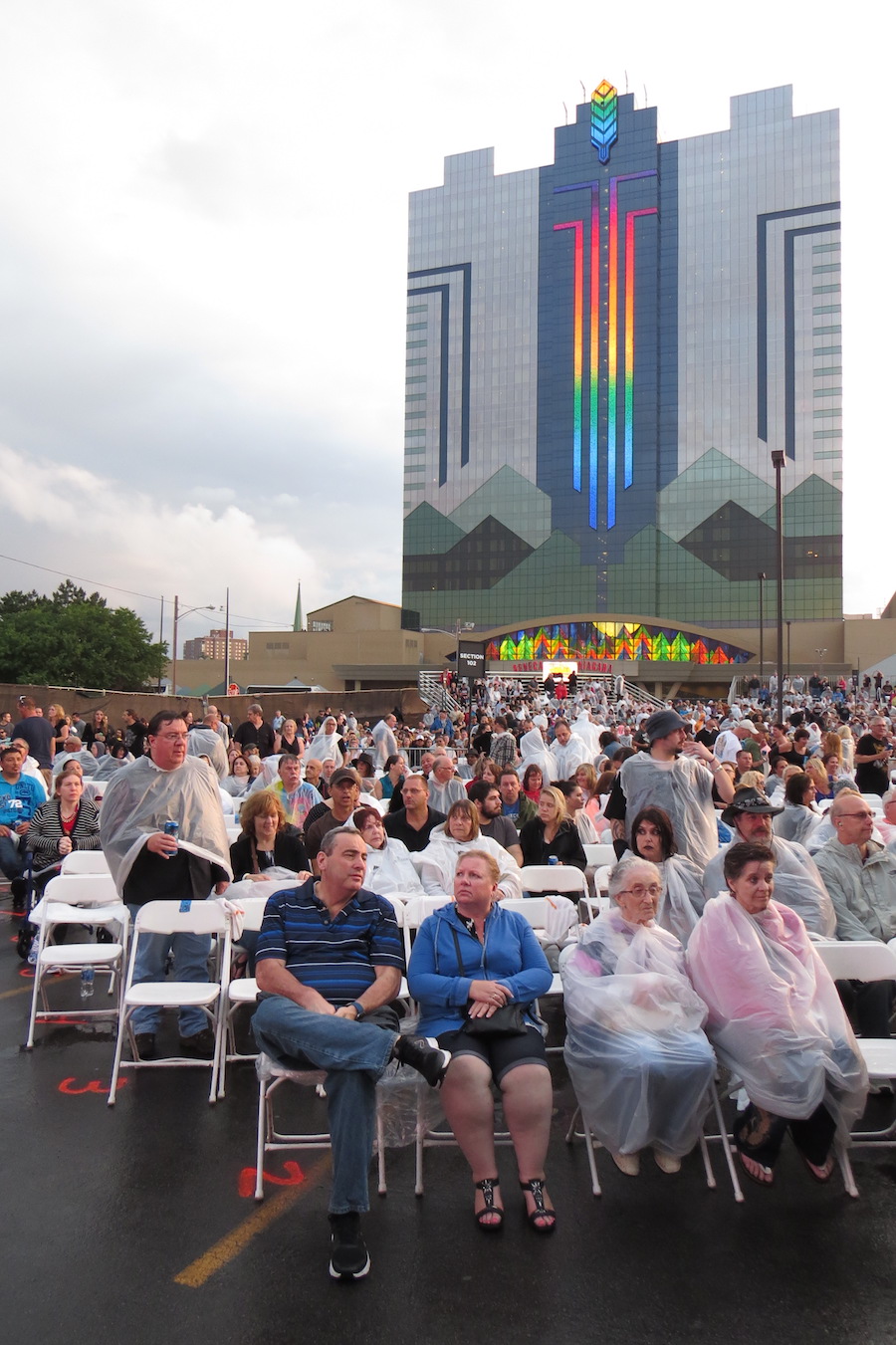 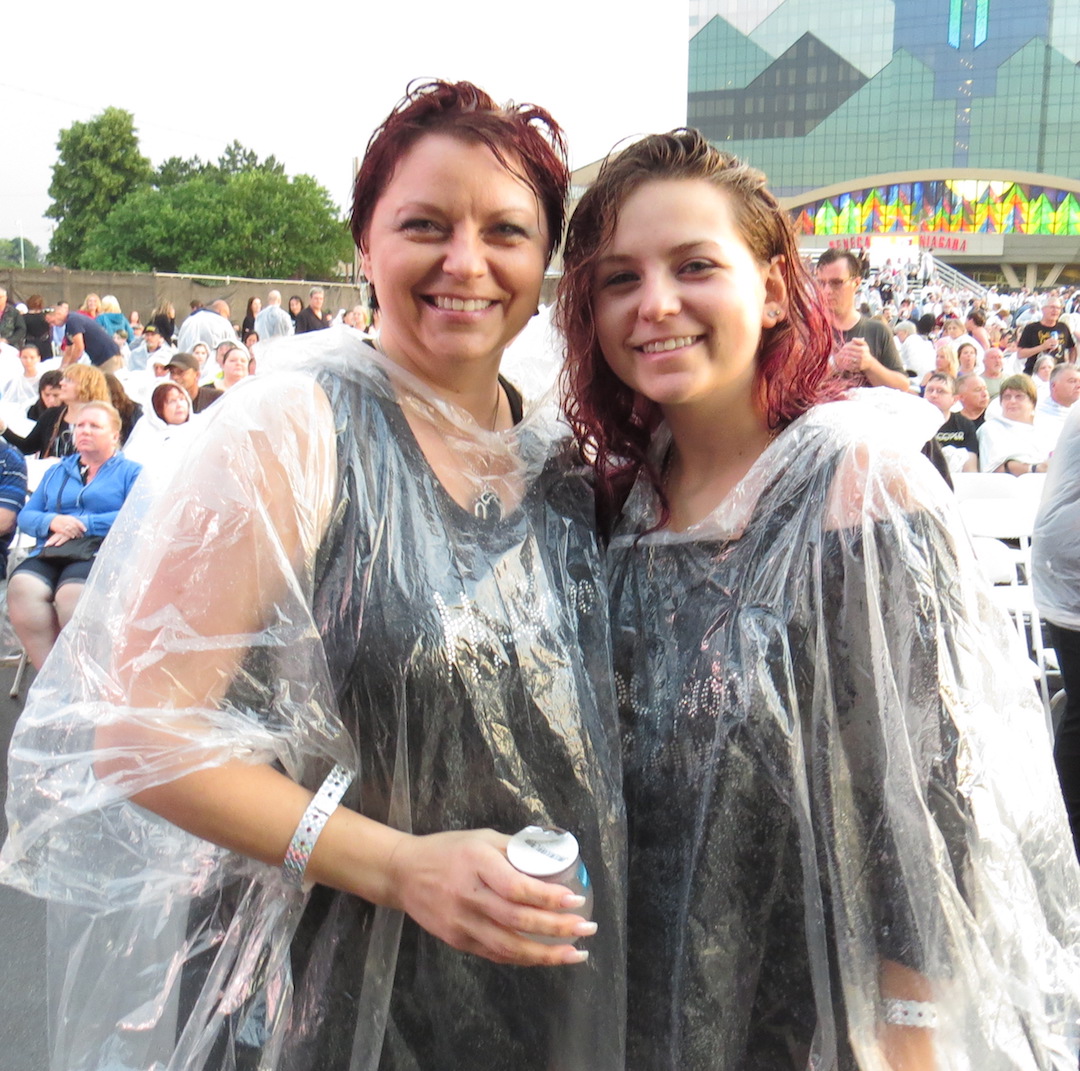 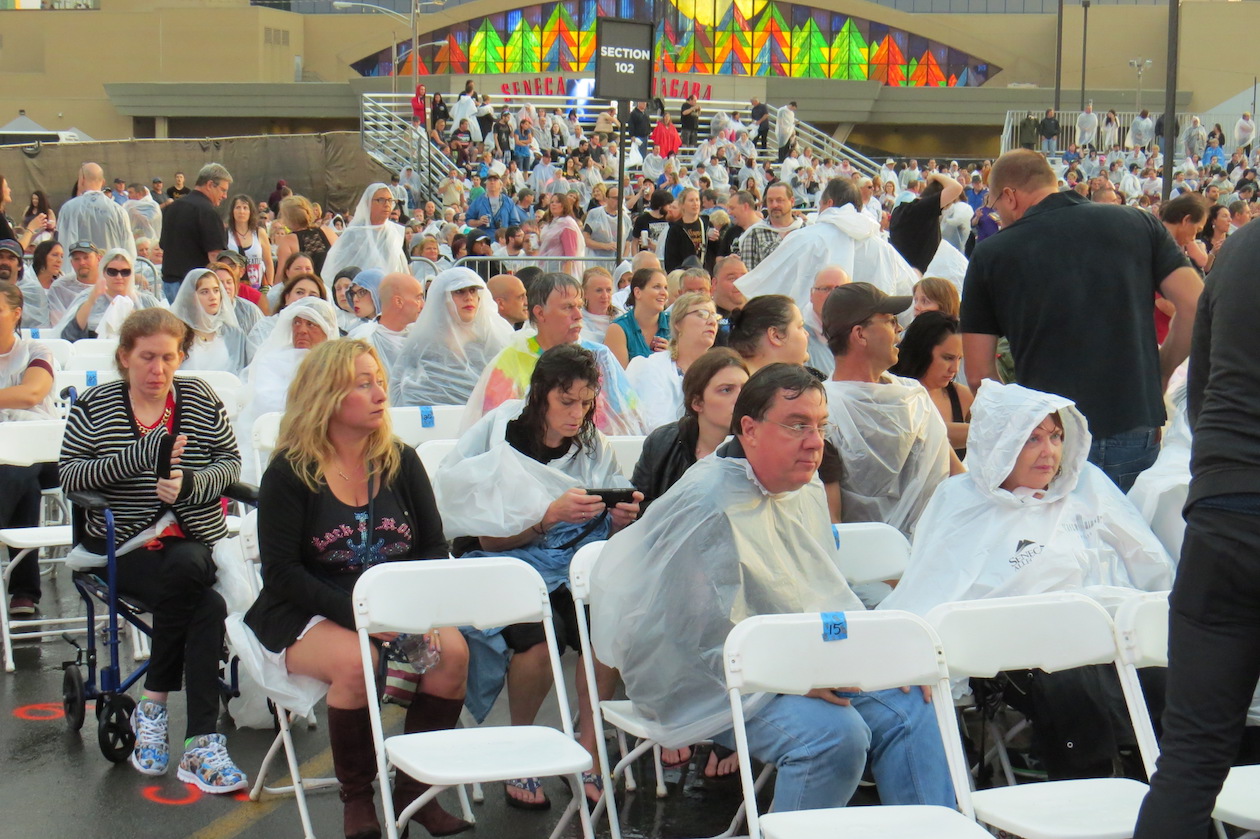 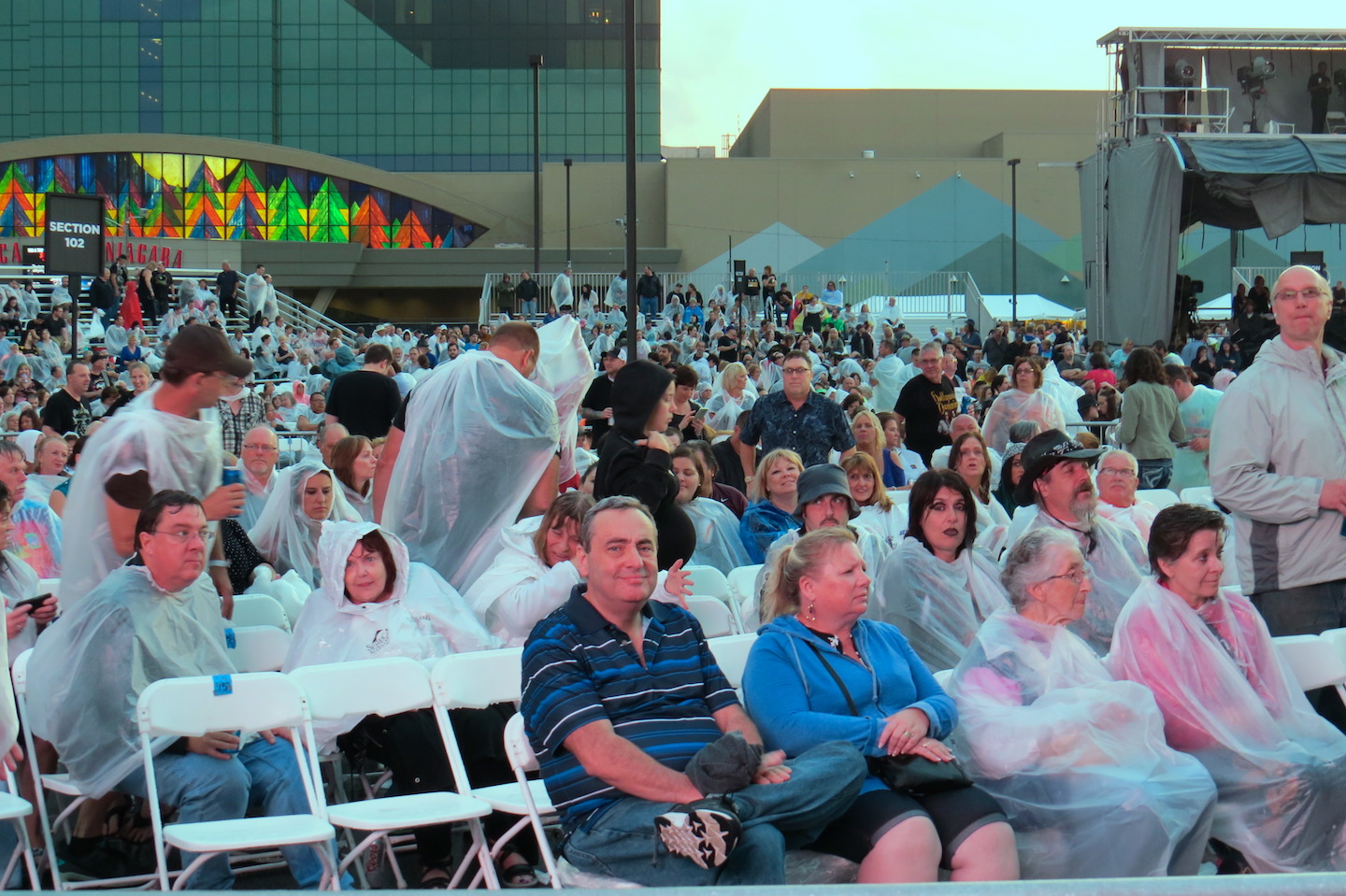