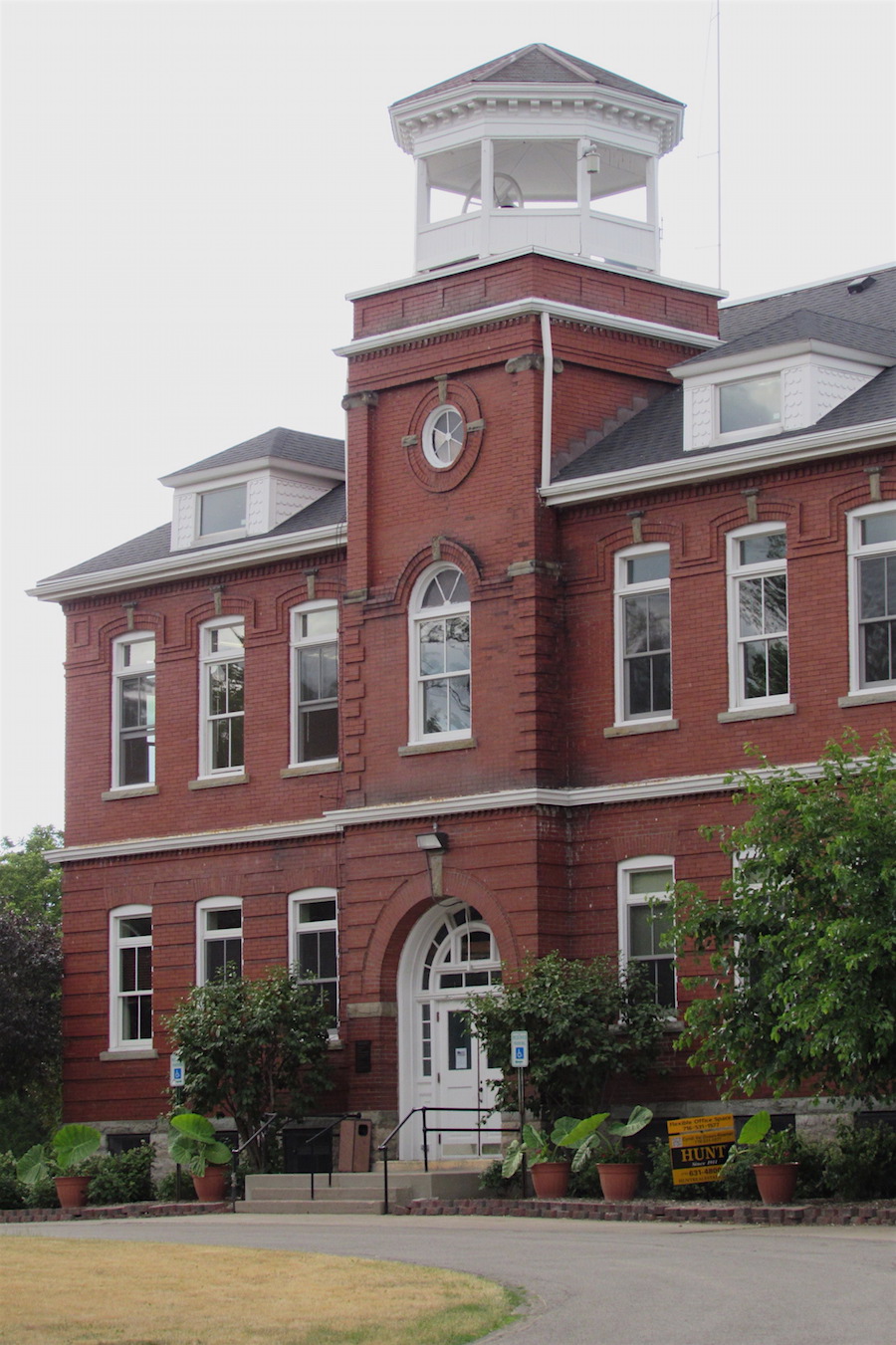 The Village of Lewiston's newly created Historic Preservation Commission held its first meeting Monday. Four of the six appointed members met inside the Morgan Lewis Boardroom at the Red Brick Municipal Building, where they set forth a plan of action, and appointed leadership.

Wright formerly served as the Village of Lewiston zoning officer, while Slaugenhoupt was formerly chairman of the Planning Board.

The board will maintain a spreadsheet listing each residence and respective tax number, builder, year of origin, year of designation (local and/or national), property owner and owner's current address. The spreadsheet also will include photos and a property synopsis.

"This is the process that we're hoping to follow to come up with an electronic format that we can have access to, so if someone comes in here and says, 'I live at 125 S. Second St. (for example). It's designated. I want to do this,' we've got at least some initial resources we can turn to immediately," Slaugenhoupt said.

He noted an actual physical file also would be on hand inside the mayor's office once the HPC has time to sort out records.

"This is where we're aiming to, to try and come a little bit into the modern age," Slaugenhoupt said.

The HPC has hired a special consultant, Tom Yots, to provide the board with almost 23 hours of state-mandated training, as well as advice on maximizing historic preservation laws and tax breaks.

After one career as a Lewiston-Porter High School chemistry teacher, Yots began another in conservation.

He earned a master's degree in architecture and founded Preservation Studios. Yots previously served as executive director of Preservation Buffalo Niagara, as a historian for the City of Niagara Falls, and as a commissioner for the Niagara Frontier State Parks, Recreation and Historic Preservation Commission.

Yots said he expected the entire Village of Lewiston would qualify for state residential tax credits. He verified this theory with the New York State Parks, Recreation and Historic Preservation Division for Historic Preservation. The state confirmed the village qualifies, because the municipality is a single census tract.

What this means is, "Every property in the Village of Lewiston that is designated on the National Register (of Historic Places) ... would be eligible for that tax credit," Yots said.

He noted the easiest way for village residents to have their properties designated is to have historic districts.

"You already have a historic district in the village, and it would not be a big stretch to get that designated beyond the local designation - to have a state and national designation," Yots said.

To be considered historic, Yots said, a property only has to be 50 years old.

"That's what starts the process. Then you can study it and determine if that building, for some reason, is historically significant," he said.

The Village of Lewiston can designate more than one historic district.

"You then make those properties eligible," Yots said.

"This is something that is very important for the village to really let people know this," he added.

That piece of this equation, Yots explained, "is such a positive thing for communities that choose to do it. And Lewiston was one of the earliest communities. Lewiston bought into it early on in the program and, at the beginning ... used the CLG status a lot."

For the Village of Lewiston, Yots said, "Many times, when work is being done using state or federal funds, there has to be, as you know, an environmental study done. And part of that involves any impact on historic resources. A certified local government, and the fact that you have a commission, the (State Historic Preservation Office) will often defer to the commission to do some of that. Which cuts your time way down, because you don't have to have someone from Albany come here to visit the village to decide if what you're doing is not going to have a negative impact."

Additionally, "When you become a certified local government and you have a commission like this, grantors recognize you as being a community that's interested in historic preservation and is willing to do it. So, grantors that are not necessarily the state will give grants because you are a certified local government. And the commission itself can even apply for those grants."

Village of Lewiston trustees voted in May to re-establish the HPC. They appointed members in June.

Wright said, "During the '80s and '90s, this commission was very active," and residences were designated as historically significant and marked for preservation.

Such work continued until 2000, when the HPC could no longer produce sufficient board numbers and was consolidated with the Planning Board.

Former Planning Board member Loretta Frankovitch was appointed an alternate and filled in Monday. Village Historian Pamela Hauth serves in an ex officio capacity. Stephanie Myers is board secretary.