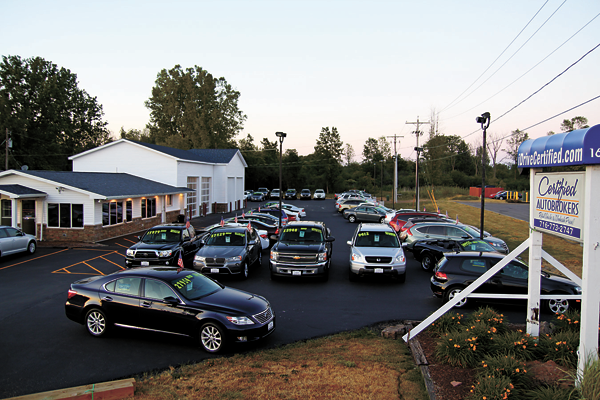 Certified Autobrokers has undergone a 2,200-square-foot expansion at its location, at 1693 Grand Island Blvd.

Island business growth prompts 'Thank you' all through July

A local business will spend the entire month of July saying "Thank you" to the Island for supporting its growth and prosperity.

Certified Autobrokers will hold a ribbon-cutting ceremony at 11:30 a.m. July 6 in what
co-owner Chris Taylor called a "re-grand opening" for the expansion of a new 2,200-foot building and an 8,000-square-foot parking lot.

The new parking lot is double the existing car sales lot, Taylor said, and the building will have new bays to allow space for CAB to detail cars and display higher-end vehicles.

"When we first got here, we could fit eight (cars). It was just gravel," Taylor said of the lot. The property was a Ziehm real estate office when CAB took over. They soon expanded to 22 parking spots. "Now with this current configuration, we figure that we can get between 60 and 70 retail ready cars on the lot. It's dramatically increasing our footprint and our capability."

Not bad for a business that started six years ago with what Taylor said were just three cars parked in front of a motel on Grand Island Boulevard's south end. Taylor said he and co-owner Travis Smith were just "doing the best we could" selling what they call "retail cars, trucks and SUVs at wholesale prices."

Certified Autobrokers relocated a few doors down to the present address at 1693 Grand Island Blvd. three years ago and has embarked on an expansion in earnest as business boomed.

Taylor and Smith invite Islanders to see the changes first-hand.

"We want Islanders to come in and check out the new facility and take a walk around and see what we've done with the place," Taylor said. Fridays in July will include free cookouts for visitors, he said.

"We want it to be an open house atmosphere all month long," Taylor said, calling the ribbon-cutting a kickoff to a July sales event, but also a way to say thank you to the Island for its support.

"It's been a really awesome six years," Taylor said. "Certainly it's had its ups and downs and things like that, but it's been really, really good and we hope for it to continue. When this is all done, (the expansion) should streamline our capabilities."

Taylor, a lifelong Islander whose mother was a real estate agent, took pride in turning a point of entry to the Island into something better than it was.

"I remember when we first moved in here and this was gravel and we were trying to bring the place back to life," Taylor said. "And I was planting flowers, and on one morning, just out there planting flowers - and this is how appreciative Islanders are of keeping the place nice - we had three different people stop and bring us coffee, just as a thank-you for taking it and making it nice again."

During the July sales event, in an effort to give back to the Island, the company will donate $100 per car to the DeGlopper Memorial project. The company has a sales goal of 50 cars.

The MacClellans noted that crucial to the expansion of the building's physical footprint are concurrent program incentives, including:

•Physical education from a certified fitness instructor in the school gymnasium.

•Music and Movement taught by the school's music teacher.

•A new library in the expansion will allow kids to borrow books and listen to guest readers.

•Technology Children for students will incorporate iPads in learning.

•Spanish taught once a week by a certified Spanish teacher.

They call the expansion a result of their hands-on work. Ann holds a master of science degree as well as a school building leader certificate from Canisius College. The SPL degree is designed for teachers who want to develop skills to prepare them to become what she calls agents for change in their schools and districts. 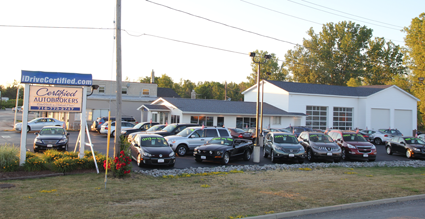