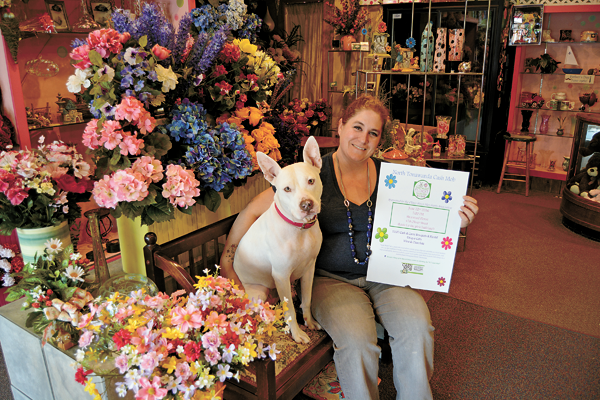 Amy Sileo, owner of Sherwood Florist, who leads the Oliver Street Merchants Association, sits with her dog, Luna, at her business where the next cash mob will be held at 5 p.m. Wednesday, June 22. Sileo is holding a sign she will place in her window promoting the event.

Oliver Street in North Tonawanda is starting to see some positive changes, thanks to the collaborative efforts of local business owners, city officials and representatives of the Lumber City Development Corp.

Since last fall, members of the newly formed Oliver Street Merchants Association have been putting their heads together to attract more business to the area through beautification efforts and events. Members meet monthly to share ideas and discuss ways to help businesses that may be in need of some assistance.

Amy Sileo, owner of Sherwood Florist, who leads the Oliver Street Merchants Association, said, "We're a group of vendors on Oliver Street and we are all interested in just reviving everybody's respect for the neighborhood, grow some businesses; you know, try to clean up areas that have just been let go for so long, and just kind of get the community pride back to where people enjoy being on the street."

So far, the association has been working toward placing planters along the street and obtaining approximately 25 banners to be displayed along the corridor. During the holiday season, Sileo said the members hope to put up Christmas decorations.

"It just adds to the atmosphere of the street," Sileo said. "We want to start getting back to where events are held on the street."

The Lumber City Development Corp. is assisting the group to "kind of navigate all this, because we're all business people trying to run businesses at the same time," Sileo said. She noted the association is hoping to become a 501(c)(3) organization, as well.

"When we get that, we can actually get state funding, and that will help with grant money," Sileo said. "So right now, we're just kind of relying on businesses and people that believe in our cause to help out, (and) we've already had a great response with all that." 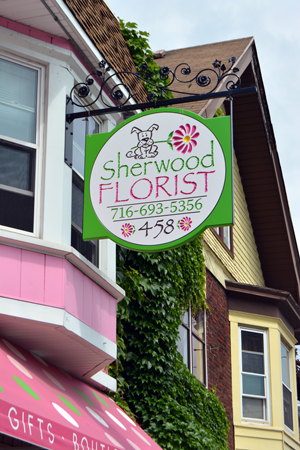 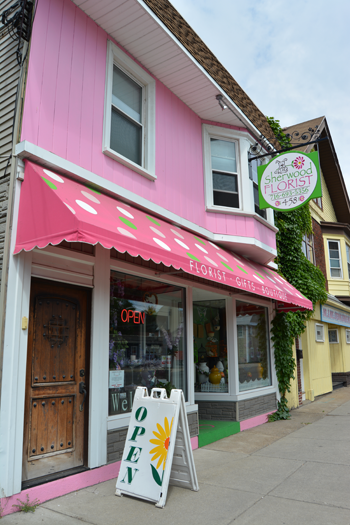 In order to boost awareness of their overall goals of improvement, the group has been holding monthly "cash mobs," where shoppers are encouraged to literally "mob" a business with cash. For these events, the group encourages residents to visit a designated business during specified hours and purchase products or services. To attract visitors, each participating business will promote featured specials to be offered during the event.

"The 'cash mob' was kind of a little start to get people aware of businesses that are on the street," Sileo said. "It showcases one business each month and then each business gets to show what they offer (and) make people aware that they're there. ... If everybody spends $5, it would just have this influx of business for each company."

In preparation, she has added items to her gift shop and will feature $10 cash and carry bouquets.

The inaugural cash mob, which Sileo said was "phenomenal," took place in April at The Soup Lady (also known as the 412 Diner) at 412 Oliver St.

Customers filled the diner and even waited outside to take some soup to go, Sileo said.

The Soup Lady owner Barbara Gauchat said being cash mobbed was "terrific. ... It brought awareness to the fact that I'm open. You know, a lot of people weren't aware that this place was open again. So it brought it back to life."

The second cash mob was held in May at Witter's Sports Bar & Grill at 300 Oliver St.

"We saw a lot of new faces that maybe wouldn't have come here," owner Peter Witt said. "I mean, basically, that's what it was for, to kind of introduce our business and our restaurant and the bar to new people. And the mayor was here to support us. It was great."

North Tonawanda Mayor Arthur G. Pappas has attended both cash mobs. He said, "If people come and attend these cash mobs, they will take on a different viewpoint, I believe, as to what is really going on ... that there are businesses that are either starting out or have been there for a few years and are really putting forth an effort to (improve)."

Pappas said members of the Common Council are "totally on board" with the Oliver Street Merchants Association initiatives, particularity First Ward Alderman Donna L. Braun, who provides support and works as a liaison between the association and the city.

"It's one of our main corridors in the city," Pappas said. "And we would like to see it thrive again."

"The Oliver Street initiative is something that we've all been working toward for a long time," he added. "The people here in North Tonawanda, and those that have lived here in the past, they remember what Oliver Street used to be like ... it was a very thriving, thriving area with all kinds of stores and businesses."

He added, "Oliver Street actually used to be in the Guinness Book of World Records, at one point, for most bars in a square mile. I mean, you couldn't shake a stick without hitting a bar. ... Oliver Street used to be the place to go to."

Pappas also grew up nearby Oliver Street. He said, "You could literally stay there and not have to move your whole lifetime, and you could be fine on Oliver Street, because they had everything you needed. And over the years, as industry had pulled out and small businesses went down due to lack of patronage because they didn't have the economic income they once had ... things deteriorated."

Overall, Pappas said, although Oliver Street "went downhill for many years ... it didn't get that way overnight, and it's not going to change overnight. But in the short time that there's been a new initiative, we think it's made pretty good progress."

For more information on the Oliver Street Merchants Association, or to participate in the next cash mob, call Sherwood Florist at 716-693-5356 or visit the "N.T. Cash Mob at Sherwood Florist" Facebook event page.