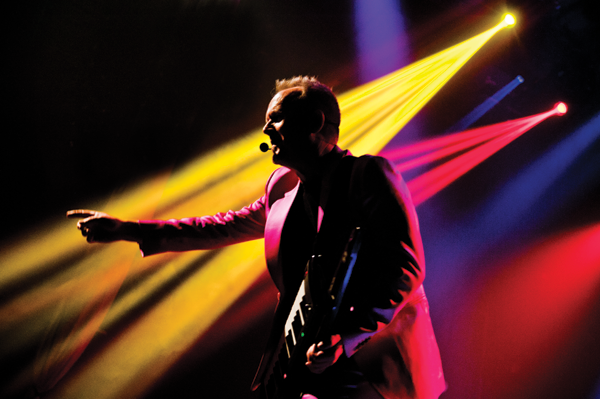 Howard Jones on stage at 6 p.m.

Concertgoers headed to Artpark on June 14 for the first "Tuesday in the Park" concert this summer are in for an unexpected treat - especially if A) they're in the age 25-45 group, and B) they arrive on time.

Howard Jones, creator of myriad boss hit singles from the 1980s, will open for the Barenaked Ladies. It's an unexpected (and unlikely) paring - and having OMD as the second support act really makes it weird - but what a pleasure to hear live performances of Jones classics "New Song," "Things Can Only Get Better," "What Is Love?", "Pearl In The Shell," "Like To Get To Know You Well," "Hide And Seek," "Everlasting Love" and "No One Is To Blame."

The added added bonus: Fans will have an opportunity to hear these songs in an optimal form.

"I'm always going back into the catalog and sort of renovating old material," Jones said in a phone interview.

"Cedric Gervais did this great remix with me for 'Things Can Only Get Better.' We slot that in. We're always changing that and making it as contemporary as possible," Jones explained. "That's really the philosophy behind it. The songs are constantly developing, and we're making the arrangements better. We're making the sounds better, and the groove better."

Jones released a new album, "Engage," in 2015. In solo shows, he performs several of the new tracks. But when part of a tour, like the one headed to Artpark, he doesn't have as much time on stage. So, Jones focuses on his well-established crowd-pleasers.

"For an audience that's never seen me before, it's really good to connect with them in terms of playing," he said. "I've got too many hits to really fit into 40 minutes. (But) people will really get upset if you don't play them.

"I do like to please people. I'm not one of those artists who says, 'Oh, I'm just going to play you the new album.' I want to play stuff that people know."

Jones chatted with NFP last week. He discussed his U.S. tour, his love of writing and developing new music with fans in mind. 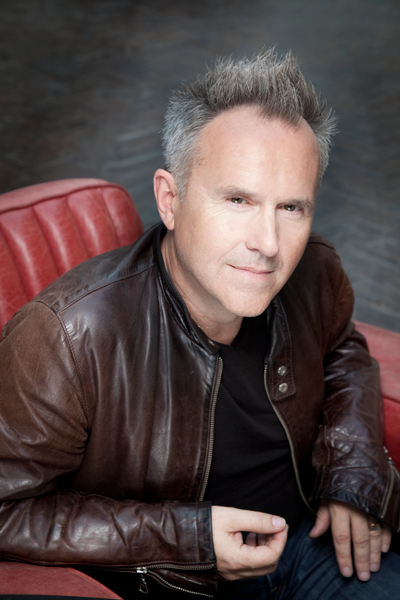 JM: I understand this tour you're embarking upon is your longest run in the U.S.

Howard Jones: Yes, it is. Forty-four dates, I think all together. It's quite a long tour. It's great. I'm really looking forward to it.

JM: How is it we haven't had you here for more than 44 shows in the past?

Howard Jones: (Laughs) Well, I mean, I've done loads of tours, but they never came quite that long. Usually about 15 dates or 20 dates, but never like 44.

JM: It's an interesting lineup. How did you get connected with Barenaked Ladies and OMD?

Howard Jones: Well, I know OMD from way back. I did some of my very first shows with them in the U.K. when I was just starting out. And I opened up for them in a couple of dates. So, I've known Andy and Paul since 1984, really.

The Barenaked Ladies, I do not know them at all. I just know their music.

I was approached to be on the bill with these guys. I thought it was great, because it will be quite a diverse audience, I think. I always enjoy that - getting to new people.

JM: I've been watching videos of your shows, and they're pretty awesome. What can you tell me about your live show? For people coming to see you for the first time, tell me what they can look forward to.

Howard Jones: Well, I'm out with electronic buddies: Robbie Bronnimann, who runs the sequences and does keyboards and does all the processing and all the sounds; and Jonathan Atkinson, who plays electronic drum kit. And then I do all the keys and everything - all the singing.

It's a very electronic band. We've been developing this sort of way of performing for about, I don't know, 20 years. We try and use all the technology that's available and try and present music in a different way to the way most people do it. It's great fun to do. There's a lot of flexibility and mostly we go for a very, very high-quality sound, because we're working digitally. The only live mic on stage is my vocal mic, so we can get a really fabulous sound.

I'll be probably going on when it's broad daylight. So, in terms of production (laughs), it will be lost. However, it will be all about the music and the performance, really.

JM: You're big on audience participation (fans often come in costume). What do you like, and what do you encourage the audience to do or how to participate at your shows?

Howard Jones: Well, you know, on this tour, I'll be playing all the hits. So, I guess everyone's going to know the songs. My big enjoyment or fun is to get everyone singing with me and joining in on the chorus.

JM: When you come to America, what do you like about U.S. fans? How are they different than the U.K. fans?

Howard Jones: Well, you know, always my biggest part of the world for success was the states. People know my music in America more than they know it here in the U.K. and anywhere else in the world. So, it's actually a real treat for me, to come and play something like "No One Is To Blame" and the audience knows literally every single word of the song. Whether they know that it was actually me singing it or not (laughs), it's like become part of the culture. That's always a big thrill for me.

I've always wanted to be on the radio, and so people will know those radio songs so well. It's really fun to play them every time. I don't how many times I've played those songs, but it's always a thrill. There new audiences, and there's new people, and they can join in. I love that. That's why I love coming to America.

And the audiences are always so upbeat and really love live music, and they love good songs, and it's why I'm still doing it after all this time.

JM: The hit songs are amazing, and people are looking forward to those. But you also continue to make new music. That's not something everybody does. A lot of people would just rest on their laurels. Why is it important for you to keep making new music?

Howard Jones: It is what I do. I still have a great passion to write. And I'm always working on new (material). I've got 10 songs ready for the next album, which is going to be out next year. I haven't recorded them, but they're all written.

And it's a way to always be pushing yourself forward, using the new technology and using all the amazing things that we have available now as musicians. Because always it's been my passion to use technology in a sort of creative way, as well as the traditional skills of writing melodies and writing songs with a structure that works.

I just got a couple of songs in the new "Eddie the Eagle" film, which I really enjoyed doing. That film is set in the '80s, so I was asked to write songs in the style of the '80s, which was kind of really fun for me.

So, I got inspired into wanting to do a whole album using lots of synths and lots of drum machines and carrying on that sound.

JM: "Engage" was crowd-funded. As a music fan, I think that's such a cool thing to do these days. It was always hard to peek behind the curtain. Now, to see how these records are put together and have a part in it, I think that's really cool - as a fan. What, as a musician, do you like about the whole crowd-funding idea?

Howard Jones: I think it's really great, because it really connects you to the people that support your work. You literally see their names coming in when you see their pledges for the new album. And I think that connection, that really strong connection with the fans, makes it even more exciting to be working on it.

It also keeps you very independent of any kind of commercial pressures or things that normal record companies would want you to do. You can really do the work that you really believe in, and do it in the way that you want. And, with the confidence that people really want you to do that.

I've been encouraging young artists to go down this route, as well. ...

I think it's the new way to go, really, for artists who want to stay independent.

Tickets for Howard Jones, Orchestral Manoeuvres in the Dark and Barenaked Ladies are on sale. Purchase them online at www.artpark.net or at the Artpark box office, 450 S. Fourth St., Lewiston.

For more on Howard Jones, visit his website, http://www.howardjones.com. 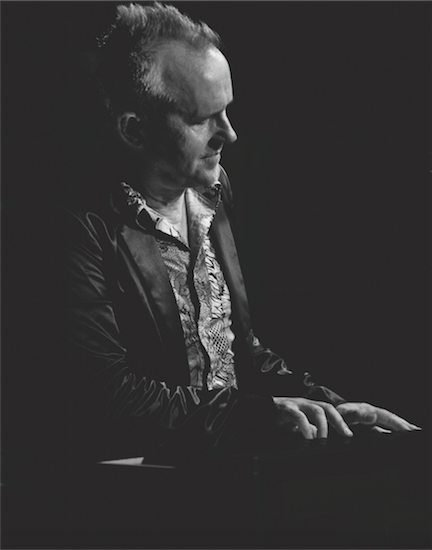 Watch Howard Jones' video for "Things Can Only Get Better":