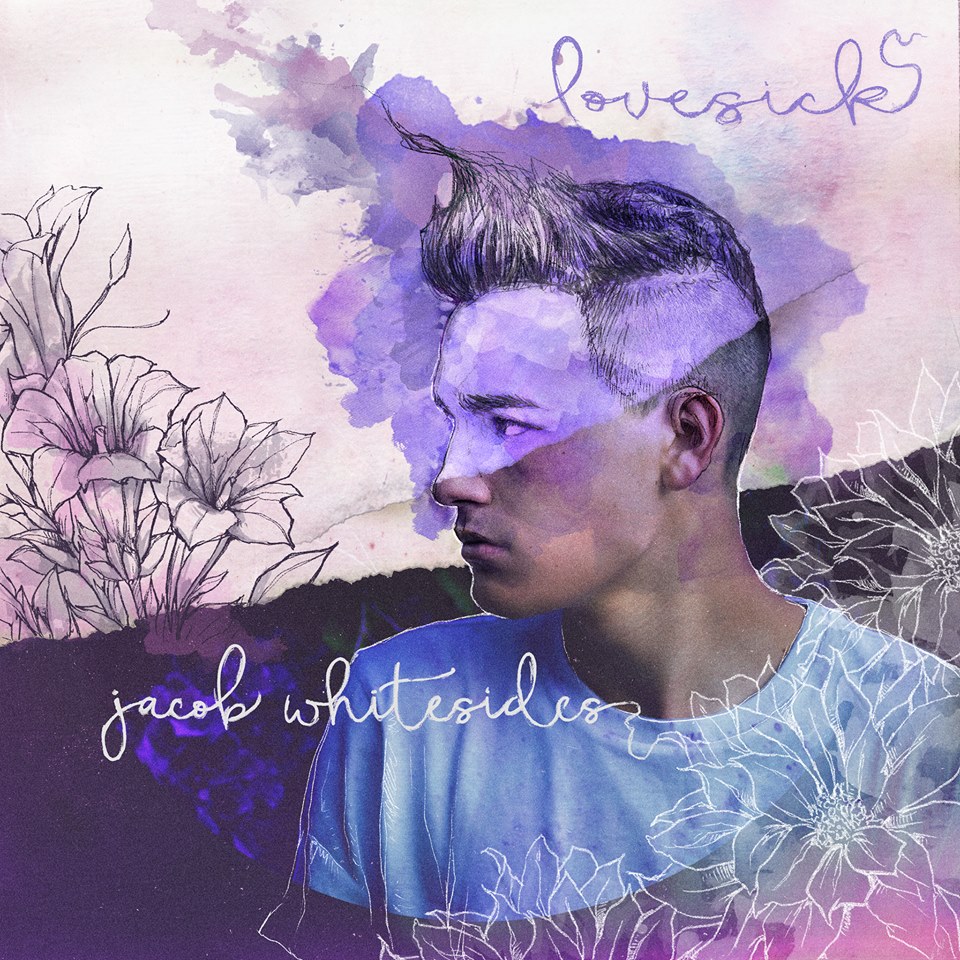 Jacob Whitesides is not just a talented vocalist, YouTube star and teen heartthrob. At the ripe, old age of 18, he's also heading his own touring, merchandise and record label, Double U Records, and keynoting global business conferences.

He turned a "No" on Simon Cowell's "The X Factor" into an opportunity to create not just a lasting music career, but accompanying musical freedom, too.

"One thing that really just, like, opened my eyes, again, was just so many artists that didn't really care about the business side, and were taken advantage of because of that," Whitesides said Friday. "And not even just money. Just the big decisions in general.

"And because I cared so much about my fans, and my career. ... Being a part of that business side, even from an early age when I didn't necessarily understand it, I was just really eager to learn about it. And I'm still learning."

Whitesides, who will perform a free-with-park-admission concert Saturday at Darien Lake, is working on his first full-length album. He recently released a sure-to-please summer song, "Lovesick," in which he sings, "I said you ain't feel nothing like the wrath/Of the woman that you push too far. ... Had true love, now I got none. ... Because I'm lovesick/And there ain't no cure/'Cuz I keep on coming back for more/Oh no no no."

In the video, which has more than 500,000 YouTube views - and a cameo from Michael Bolton - Whitesides is a jewel thief distracted by said scorned woman.

"I kind of just fell in love with it," he said of the song. "It's funny enough: My manager, who I was hanging out with in Connecticut, is really good friends - and neighbors - with Michael Bolton. And we thought it'd be a funny cameo just to put in there.

"He was big fan of the song, actually. Billy (Mann) sent him the song, and he really loved it. So, after we flew back to Nashville and we dove into the song ... and after we got it recorded - that was the first song recorded on the album - we went up to L.A. at the end of the album-recording process and shot the video for it.

"Michael Bolton is just probably one of the most hilarious guys, and like genuine guys, I've met so far in this industry. He's really a special dude. So, it was really an honor to have him in the video."

Whitesides shared more about his musical beginnings in this NFP interview. 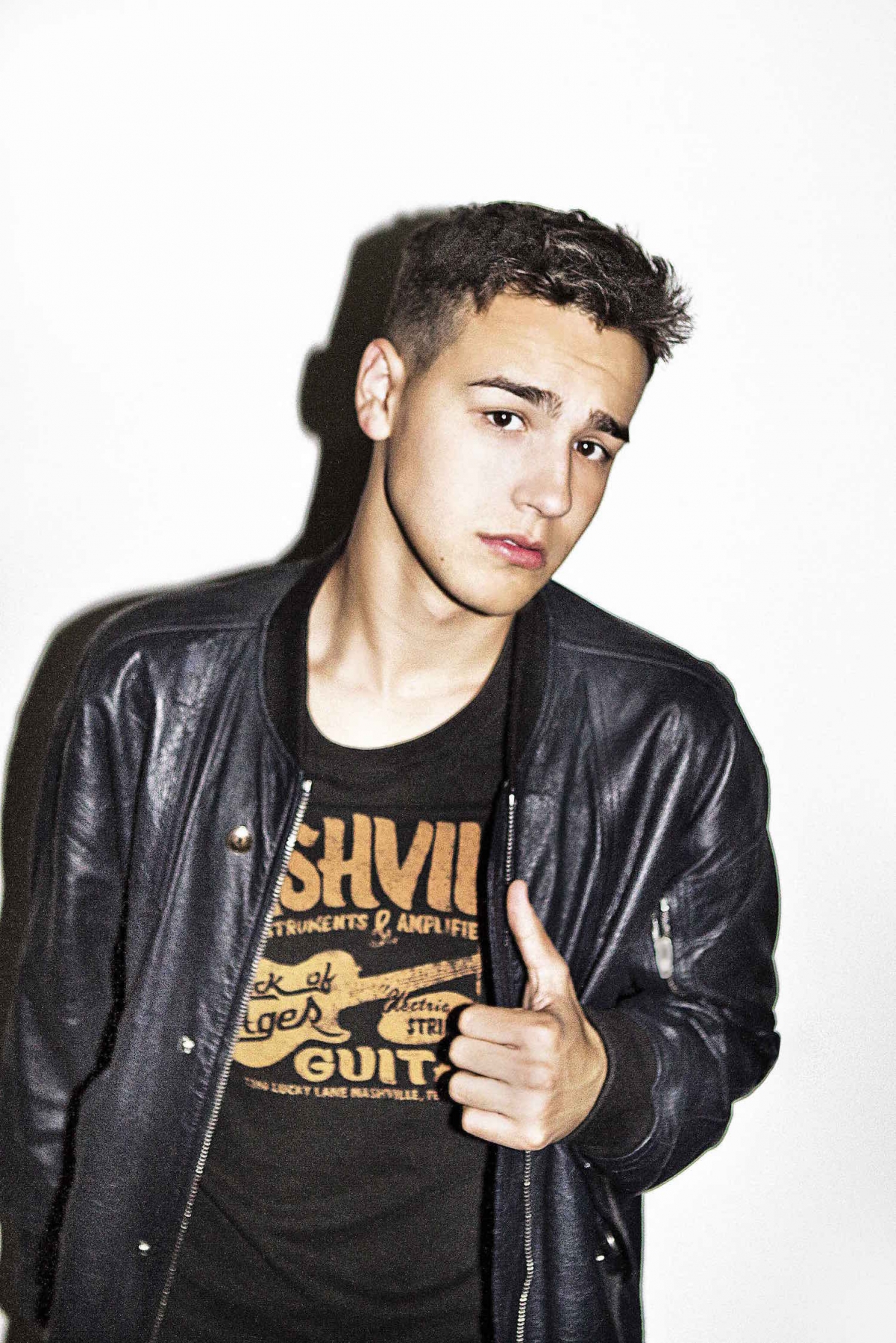 JM: You have been around the world. Have you been up to the Buffalo area before?

Jacob Whitesides: I don't think I've been up to Buffalo. See, my geography's horrible. I played upstate New York. Is that near Buffalo? ... I've played upstate New York a couple times. I play in New York City, obviously, all the time, as well. But, I think this is my first time in the Buffalo area. So, I'm looking forward to seeing a new part of New York.

I'm not a big city guy. So, it's like Buffalo would definitely be more my style.

JM: You're from Tennessee, where so many people go to get signed by a record label. And yet you decided to start one of your own? Why was that?

Jacob Whitesides: Honestly, a big part of it was "X Factor," actually. And it's funny, because I didn't really do much on "X Factor." I literally made it like two rounds. But in that time, that was like my first real glimpse of the music industry and kind of everything that comes along with it. And I made some friends on that show that went on to do bigger things. You know, they made it to the live rounds and, once they finished the live rounds, they signed a deal, which is usually how it goes. And I just saw them kind of ... stuck.

Some of them were doing really well. Record labels serve a great purpose to the industry. But, some labels, if you aren't blowing up right away, then you kind of get shelved. That, or they kind of switch position to whatever they think is going to sell best. And that was really upsetting for me, just seeing all these - we were 14 to 15 at the time - all these young kids, who were so passionate about music in the beginning, kind of just slowly lose that passion, because their vision was getting crafted in a way that they weren't happy with.

So, even then, before I had a following or had really done anything in the music industry, that was, like, a real eye-opener for me. And I knew that, if I ever got to that point, that I would want to do something special.

And it's kind of awesome to see the music industry kind of flipped upside down now, because so many artists have the opportunity to create followings, and tour, and release music on their own. And the labels kind of need the artists more than the artists need the labels at this point, which is really kind of awesome to see. ... There's so many artists that get to release the music they want to release.

That's what I really love, and that's why I do it. That's really the reason that I decided to do my own thing, and do the indie route.

JM: If my math and iTunes are correct,you released 13 songs last year. In addition, I understand you're at work on a full-length album. So, I'm guessing songwriting comes pretty easily to you?

Jacob Whitesides: Yeah, I always loved it; I never really knew what it was about, necessarily, until about a year ago, when I went to Nashville. ... I went to my first writing session in Nashville. ... And I wrote my first EP, actually ("A Piece of Me").

I'd been doing covers for so long - about a year. I was touring. And I wasn't playing my own music. And it just didn't feel right to me. And when I started with my new management, they believed in me creating my own music and writing and stuff. So, I was really thankful for that.

They got me a ton of my first sessions. Ever since then, it's been really natural. I've been writing with people that genuinely care about me as an artist, and care about my projects - my music - not just getting a big song, which has been really helpful.

I feel like Nashville's been a big role in that, because everyone in Nashville really cares about each other, and about the music. That's something that was really, really apparent to me early on, is how awesome Nashville is going to be for my projects.

JM: A lot of people say you're an old soul, which, I think, basically just means you can sing. I understand you were somewhat reluctant to start singing. What changed, and when did you realize you had chops?

Jacob Whitesides: I don't know, dude. I picked up guitar at 13. I've been playing sports my whole life. I was doing football and basketball and pretty much anything I could get into. So, I never really - I loved music, but I never really appreciated music.

And my dad actually forced me to go to this concert with him, that I was dreading. It was a bluegrass concert, and it was in the middle of nowhere. It was actually Chris Stapleton's bluegrass band.

When I got there, and I saw them play that night, I was just super inspired. I had never really been to a concert before. And just seeing that live, and seeing how much energy and all the different emotions and stuff, it really, really touched me.

I wasn't ready to start singing yet, but I definitely wanted to get an instrument. So, about two weeks later, after a lot of begging, I got my first acoustic guitar. And I was playing some shows with my dad. I was kind of learning from him - and from YouTube.

And I continued to do that, until I met this girl, actually, who was really, really, really obsessed with Justin Bieber. And I'm a super-jealous person, in general. I get jealous very easily. And so I posted a video of me singing a song for her - one of his songs - on the YouTube.

And I meant to just post it for her, but somehow it went public. And all of my friends and people in my school, and my family, were all telling me that it was really awesome. That kind of gave me the confidence to pursue singing a little bit more.

I was, obviously, still pretty shy. But I continued to do that. And before I even started social media, actually, I was playing live shows with my dad and stuff for, like, an entire year. On patios and bars and restaurants; open-mic nights, which really helped get my chops up when it came time for the social media thing. Because playing in front of a camera is a lot easier than playing for really loud and smoky bars.

That's kind of how I got my start into music. I never really appreciated it until 13, and then I just fell in love with it.