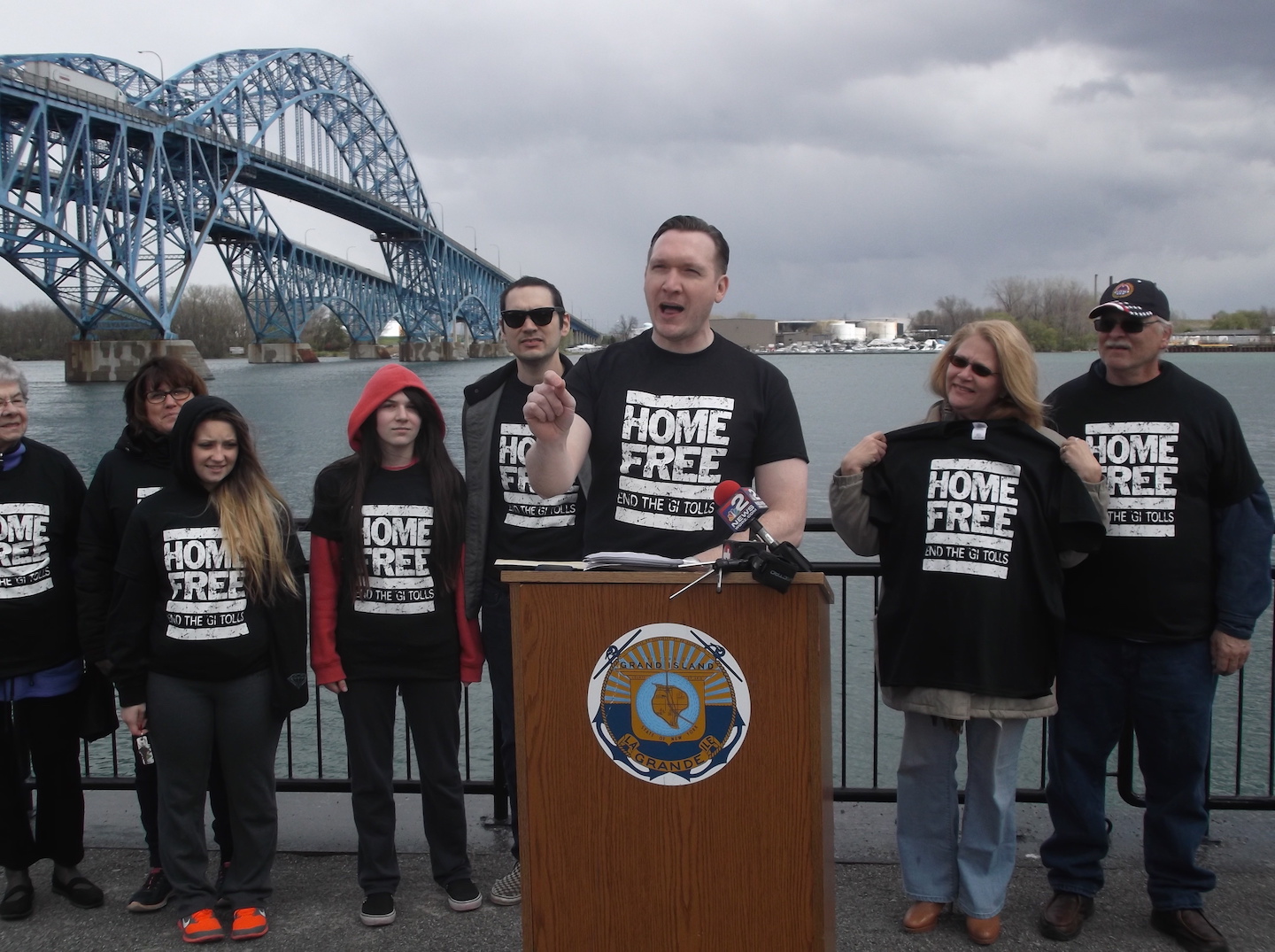 Editor's note: At Sunday's press conference, Grand Island Supervisor Nathan D. McMurray thanked Mike Billoni for his contributions to this endeavor. This column is Billoni's behind-the-scenes take on what the supervisor is pitching concerning the Grand Island bridge tolls.

Billoni's political opinions and endorsements are his own.

On June 12, 1987, the late former President Ronald Reagan stood in front of the Brandenburg Gate in West Berlin, Germany, and proclaimed, "Mr. Gorbachev, tear down this wall."

For nearly 30 years, the former leader of the Soviet Union presided over the Berlin Wall, a concrete manifestation of the Iron Curtain that prevented citizens in communist East Germany from fleeing to democratic, capitalist West Germany.

Matters are not that serious in the Town of Grand Island. However, 29 years after that famous statement, on a Sunday afternoon in May - with the latest snowfall in 55 years - new Supervisor Nathan D. McMurray made his own proclamation. Just five months into his job, he stood behind the town's podium at Fisherman's Landing under the South Grand Island Bridges, with the mighty Niagara River flowing behind him, and said, "Mr. Cuomo, tear down those tolls."

McMurray and co. followed New York State Sen. Tim Kennedy, D-Buffalo, who is supporting the "eliminate the Grand Island tolls" bill that still needs to be introduced onto the Senate floor. State Assemblyman John Ceretto, D-Lewiston, carried Bill A9863, which calls for the removal of the tolls, into the Assembly.

Before sending the media home, McMurray called attention to those wearing the T-shirts, and they all sang, "Mr. Cuomo, tear down those tolls" a couple of times before everyone got the message - that this supervisor means business. 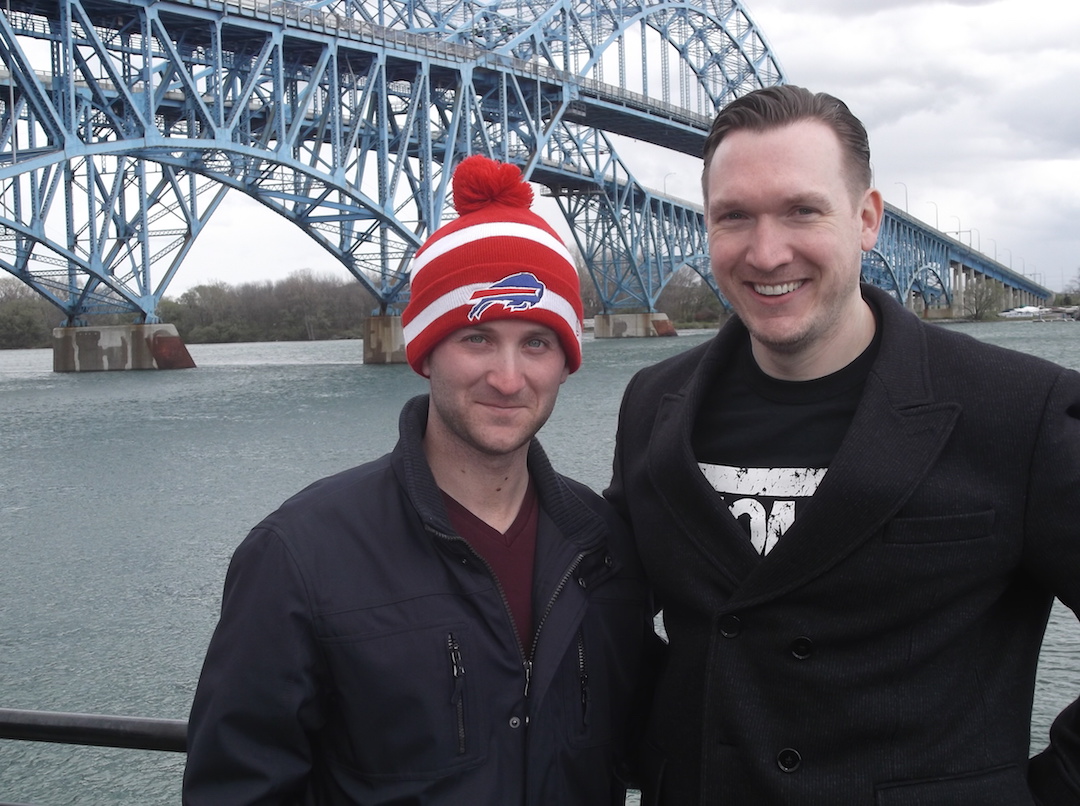 He may have surprised some Islanders by defeating an incumbent last November by the slimmest of margins despite never having served in public office. He may have upset a few people by having his deputy supervisor sit in his chair during the day to ensure the supervisor's day-to-day tasks are done with his hard-working assistant, Cyndy Montana. The time the Supervisor may not be in the office he more than makes up for it at home at night and on weekends.

After spending some time with him, I see Supervisor McMurray, who said several times during the press conference that he is a true Democrat, as part of the new breed of political leaders that began with Buffalo Developer Carl Paladino's run for governor in New York in 2010 and New York City Developer Donald Trump's run for president this year.

McMurray truly believes and acts like he was voted into office "by the people," and that his job as supervisor is "for the people."

"I will always be a Democrat," he said after the press conference. "But when the issue is as serious as this one, I will join whomever wants to help us take down these tolls. I am not backing down until New York state either pays up or rips 'em up."

In "Images of America - Grand Island" by Gerald Carpenter and June Justice Crawford, the authors reveal the first south bridge connecting Grand Island to the mainland in Erie County dramatically changed this isolated farming community 81 years ago. The addition of the bridges enhanced both local and tourist trade and enabled the connection between Buffalo and Niagara Falls and many of its suburbs.

Four bridges now provide access to both Erie and Niagara counties and the wonders of Niagara Falls via the Interstate 190, a part of the New York State Thruway system.

McMurray did his homework. Holding the original legislation on the tolls from 1929, he said the tolls were to be kept open for the building and maintenance of the bridges.

"That is a big problem," he said. "Even though the original legislation says that, we have no accurate accounting of how that money has been spent for 80 years."

This is not the first time Albany has heard complaints from Grand Islanders about the tolls. Activist Rus Thompson, now living in Niagara Falls, had a similar bill brought to Albany in the past only to see it fail. This time, Thompson plans to call every Republican assemblyman and senator to support toll removal before their session ends in June.

McMurray's goal is to make the ride over the bridge easier and less stressful for visitors heading to the Falls. He plans to entice them to take the first Grand Island exit for a possible breakfast, lunch or dinner at Dick & Jenny's on Baseline Road, dinner at The Riverstone Grill or the Beach House on East River Road, or visit the new Ramada Hotel at the end of Whitehaven on the shores of the Niagara River. Or, most important, stay on Grand Island Boulevard and visit the many shops and businesses along the way, before stopping at Kelly's Country Store and entering the 190 for the final run to the Falls.

"I applaud Nate for challenging our governor to take down the tolls," said Jon Bondi, who opened the Cupcakery on Whitehaven Road two years ago.

Patrick J. Whalen, interim director of the Niagara Global Tourism Institute in Niagara Falls, was on a listening tour for two months after taking the job late last year. One of the top reasons people gave for not coming to the Falls from Buffalo, or those in the Falls not going to Buffalo, was delays at the bridges because of the toll booths.

"The Grand Island toll booths present a psychological barrier to travel between Niagara Falls and Buffalo. I don't think it is the dollar that discourages people as much as the likelihood of traffic delays," Whelan said.

He met with McMurray in early February. My wife, Debbie, a member of the town's new long-range planning committee, and I attended that meeting. We were trying to get a sense of where McMurray stood on the issue. It was quite obvious when we heard his mantra, "Tear down the tolls or give us our fair share of the revenue from the tolls." 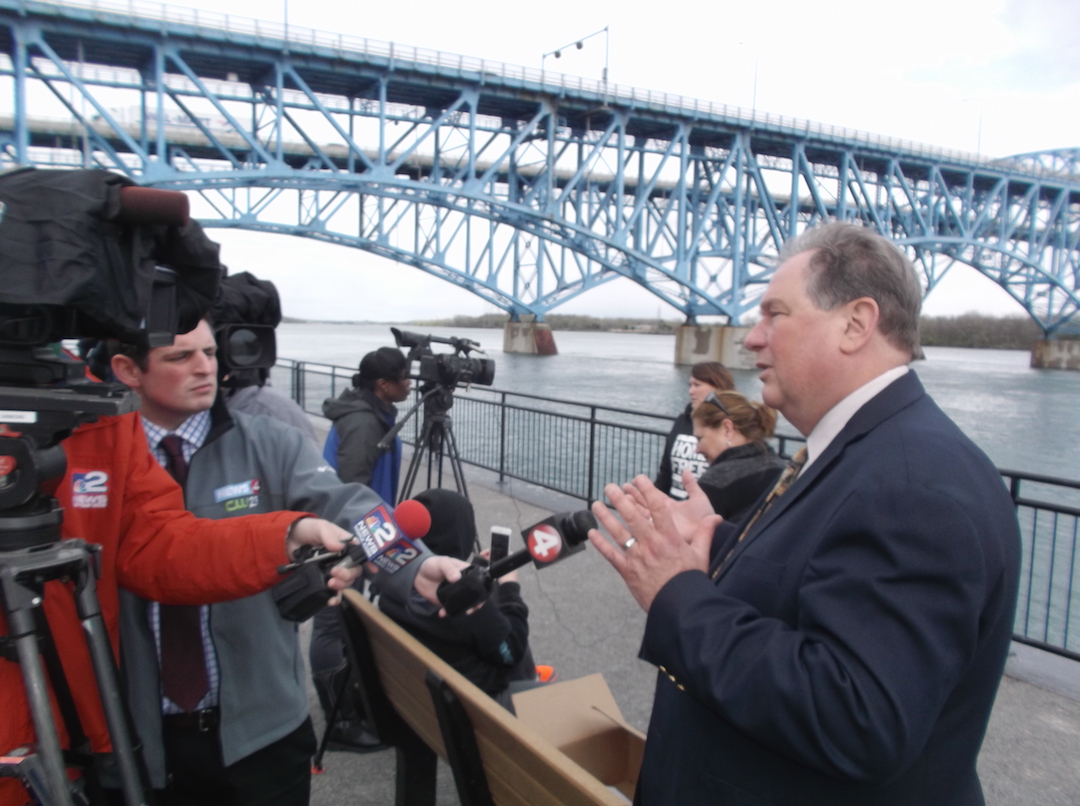 Mike Billoni, a former award-winning sports writer for the Tonawanda News, Buffalo Courier-Express and Rochester Democrat and Chronicle, was also the vice president/general manager of the Buffalo Bisons under Bob and Mindy Rich. He is now "President of Fun" at Billoni Associates and a columnist writer for Niagara Frontier Publications.

Billoni can be reached at [email protected]. He and his wife, Debbie, reside on Grand Island.