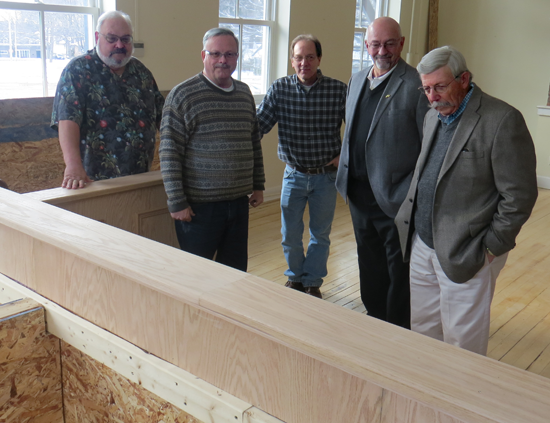 Trustees in the Village of Lewiston are anticipating holding April's monthly meeting inside a new Red Brick Municipal Building boardroom. Work is finishing up inside the former office of attorney Paul Grenga, just across the hall from the clerk's office.

Trustee Vic Eydt said the work is "about 80 percent complete."

"As most of you have looked at it, we're as far as we can go, as far as the (new dais) trim work and carving work at this point, until we get countertops in," he said Monday.

"The blinds are going up this Friday. (Trustee) Nick (Conde) and I, we're going to be probably doing the staining. We're going to do that ourselves," Eydt added.

The new dais will be carpeted like the existing one in the current boardroom. It will have wraparound wings with seating for other village officials.

The new location has a large flat-screen television, which will be used for presentations and diagrams. It's also expected to have microphones in the future.

"The game plan is, if everything goes well, as anticipated, our next meeting will be in the new boardroom," Eydt said. 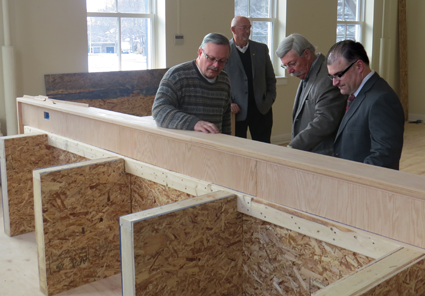