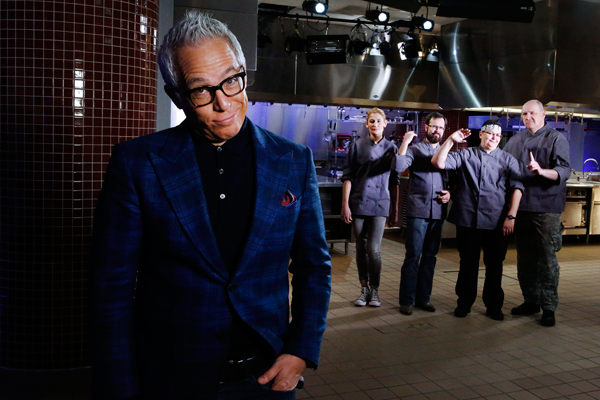 When interviewing celebrities, many times one has to say, "I'm from Niagara Falls," or "I'm from Buffalo," because, despite Lewiston's rising status nationwide, some people still aren't familiar with the village.

Geoffrey Zakarian is not one of those people.

"My wife grew up there, and I got married there," he said in a phone interview last week.

Zakarian, an "Iron Chef" and star of Food Network series "Chopped" and "The Kitchen," is married to the former Margaret Williams, cousin of prominent Lewiston businessmen Jeff and Jerry Williams. He often returns to Lewiston at the holidays.

"The great thing about that town is, obviously, it's a great community," Zakarian said. "Everybody knows everybody. It's a great place to be in the summer. There's just amazing things to do there. I mean, between the water and the lake, Niagara and Canada, outdoors and tennis and golf, it's just a wonderful place.

"I never knew of it before I grew up. I grew up in Massachusetts. We have a little bit of a similar sort of feel in my town of Worcester, Massachusetts. It's a very sweet town. I've been watching it sort of quietly grow over the last 15 years, and it's been really fun."

That Zakarian has time to visit Lewiston is something of a miracle. He is chef and partner at The Lambs Club and The National in New York City and Greenwich, Connecticut; the culinary lifestyle consultant at The Water Club at Borgata in Atlantic City; and culinary director at The Plaza Hotel, overseeing The Palm Court, The Oak Room and The Oak Bar, The Rose Club, The Champagne Bar and in-room dining.

He's also recently begun work on a new Food Network series, "Cooks vs. Cons," which debuted Thursday. On the show, Zakarian and friends (including "MasterChef's" Graham Elliot and "The Chew's" Daphne Oz) try to determine who's a pro and who's a con.

"I've been blessed with four wonderful shows on the network, and they've all really been a blast for me," Zakarian said. "So I'm always looking for shows that really sort of make sense for me.

"I love cooking. And I love competition. And I think that this show has a certain brand of humor to it, and quite fun, because there are people trying to con me into telling me that they're a chef. So it sets up a wonderful dynamic whereby they're doing everything they can to convince me that they're a chef - whether they're cutting something, cooking something, talking about something. They're trying to B.S. me, and I get to sort of prove that I know better than they by giving them little cooking challenges and watch how they react through a couple of rounds.

"It's a natural show for me. It lends me the ability to sort of talk about my expertise, which is cooking, and also it helps me look at people and judge people because of 'Chopped.' And also there's a fun factor ... because it's unscripted. It just lets me be myself and have fun with them - and tease them and prod them and get questions and ask them and try to trick them in trying to see ... 'Ah, I saw something right there that is not very professional.' I can tell this person is just under pressure and really isn't a chef.

"So, it's a perfect setup for me. And I think the show, when they really talked to me about it, it felt right." 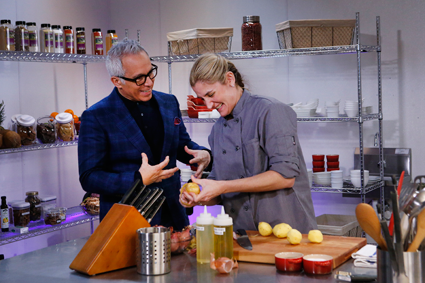 Geoffrey Zakarian hosts "Cooks vs. Cons" on the Food Network. The show airs at 9 p.m. Thursdays.

"I think one of the reasons that he does so well and he's on so many shows, and I think that attributes to why he's such a good chef, is I think that he seems to engage or embrace a lot of different cuisines and a lot of different styles," Giusiana said. "Especially when he's on 'Chopped,' people are doing modernist stuff, and people that are doing very rustic stuff, and all the different, current food styles, and he's able to judge them and criticize them in a positive manner.

"I've tried to eat at his restaurants, but every time I'm in New York, I really haven't been able to get a reservation unless I really want to eat at 11:30 at night."

"I wasn't there when he was there, but I understood that he seemed to enjoy himself," Giusiana said. "I don't think I can woo him there, because every time he's in Lewiston, he's at Carmelo's, it seems. I guess he really does love Carmelo's. And rightfully so."

Zakarian has often been seen at Carmelo's - and has complimented the Center Street restaurant on social media. Chef Carmelo Raimondi has known Zakarian for a decade.

"He's kind of a mentor, in a way," Raimondi said. "I've chatted with him. He notices little touches that we do."

"He's great. He comes back in the kitchen and talk. He's part of the family," Raimondi said. "He's been in and around here. It's great."

The Lewiston chef noted Zakarian, a Michelin Star awardee, is "a very talented chef. He's always evolving in what he's doing. ... His food is very down to earth, but yet it's very technique-driven, which is the core of all cuisine."

Zakarian said camaraderie between chefs is unique - and one of the reasons why celebrities from other shows - on other networks - would agree to appear on "Cooks vs. Cons."

"All I can tell you is, when I go to a city, the first thing I do is contact the chef I know at that city, and I ask him where I should eat," he said. "And then I might meet him or go to other chefs.

"You don't see an attorney going to another city and contacting an attorney and ask him, you know, if we can, like, caucus somewhere and go over documents. It just doesn't happen. We're pretty much the only people that do that." 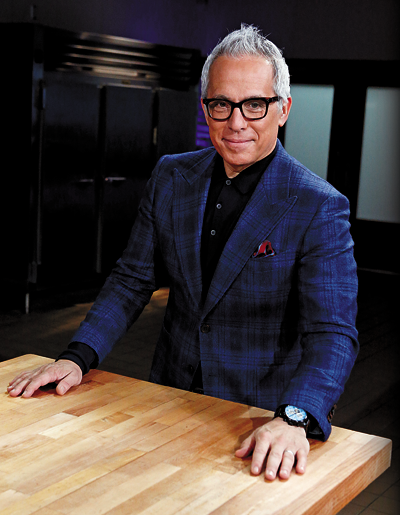 With Zakarian's success, one might wonder why he continues to work so many jobs - at so many places. Why not just retire to a tropical island somewhere?

"There's a number that will force me to do that, and I'm working towards that now," he said, laughing. "But I can't do that right now, because I have three children, and a wonderful family that needs to be supported.

"And I'm happy doing what I do. This is not work for me. I wake up everyday; everyday I work in the way that I live. I work to eat; I eat to work. It's the same thing for me. It's almost like an extension of who I am.

"I'm pretty lucky that I like what I do. My hobby happens to be my job. That's a big plus."

Visit www.geoffreyzakarian.com to learn more about Zakarian or to follow him on social media.