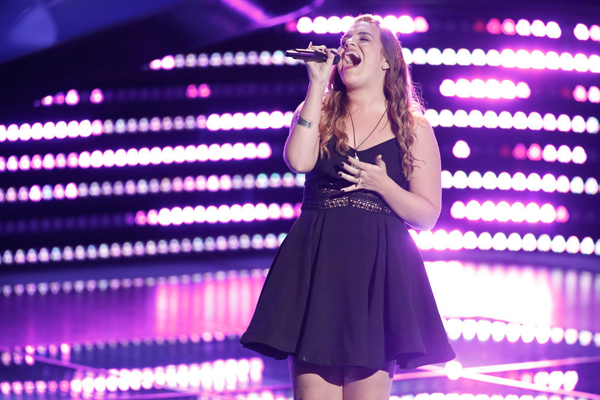 Katie Basden had an experience on "The Voice" unlike any other competitor.

Coaches Adam Levine, Pharrell and Christina Aguilera pressed their "I Want You" red button for Katie (Blake Shelton's team was full), and embarked upon a bidding war for her talent. Katie selected Adam, who had minutes earlier said, "I got one spot left. And if I need to fight and claw and scream and shout, I will continue to do so."

Not 30 minutes later, Katie was without a team when she lost her "Battle Round" matchup to Ryan Quinn.

Moments later, Christina and Blake hit their steal button seeking to keep Katie in the competition. After a second coaches' tussle, Katie selected Blake. He said, "I love Katie. ... I clearly think that you won that particular 'Battle.' I love the fullness of your voice. I love the range. I love that you spent time in Nashville (as a student at Belmont University)." 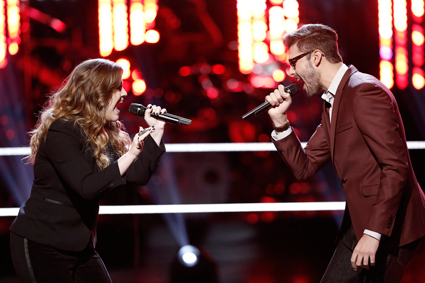 While Katie's performances before the coaches were spaced out, they were televised on the same episode. Therefore, in a short period of time, viewers watched as Katie was on the show. ... Off the show. ... And then back on again.

Suffice to say, her viewing party Monday, with 150 friends at her church, was quite interesting.

"It was very funny, because they aired Blake's last person right before me. And so people were already very frustrated before my audition even aired, because they all wanted me to be on Team Blake. So once I got on a team, everyone was obviously very excited," Basden told BTS Tuesday. "And then my and Ryan's battle showed immediately after, which was crazy. And when Ryan won, the air, like, went out of the room. Like everyone was so excited - they thought the 'Battle' was great. And like you can imagine, it's a church gym; people are just hollering and, immediately, like the room went silent. And then, I mean it felt like an hour, but it was only 30 seconds until (host Carson Daly) was like, 'Katie's available to steal,' and Christina pushed her button and then Blake pushed his button. 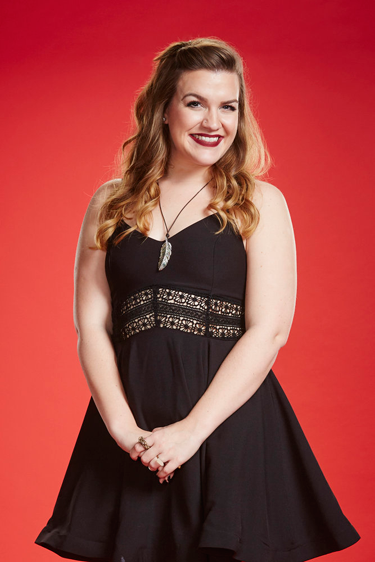