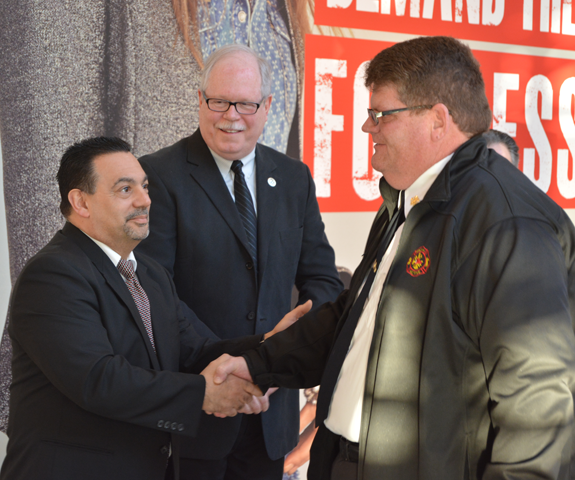 Town of Niagara: Donations dispersed to local organizations at 'Give Fashionably' ceremony

More than 40 local charitable organizations were presented with donations at the Fashion Outlets of Niagara Falls USA Wednesday during the "Give Fashionably" ceremony sponsored by the Town of Niagara and the mall.

The donation giveaway event has been a tradition for almost two decades and more than $900,000 has been dispersed to local charities. This year, as in past years, the giveaway amounted to $50,000.

"It's designed to benefit groups and organizations that effectively direct their efforts toward residents of the town, whether directly or indirectly," Town of Niagara Supervisor Lee S. Wallace said.

Former Town of Niagara Councilman Danny Sklarski accepted a donation on behalf of the Niagara Presbyterian Church and spoke about the giveaway tradition.

"Councilman Carpenter and I were in the beginning of the process that's continued on in the board, and we're very proud that that has happened. It helps a lot of organizations in many different ways. At that time, the Town of Niagara, thanks to the mall, was the only municipality in the whole United States that gave away gifts like this to the local municipalities. ... And it's great to see that the tradition continues. And I want to thank the board for continuing (this)," Sklarski said. 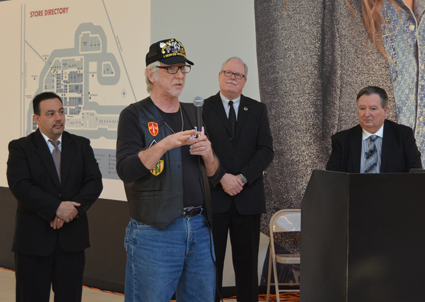 He spoke about how, when he returned home as a Vietnam War veteran, he immediately changed out of his military clothes into "a sweatshirt and some Levi's" and called his mother to pick him up.

"I didn't want anyone to know I was a veteran," he said. "That's the way it was 45 years ago. Now here I am, all decked out, and folks like this are giving us grants. So, we've come a long way as a community and I want you to know that we definitely appreciate what you folks have done. We don't take this for granted. Thank you very much"

Doran described the giveaway as "an opportunity to put the spotlight on folks who are doing the good work in the community. They don't get the spotlight shown on them very often, or as much as it should be."

The annual giveaway program originated as part of the host agreement between the town and the mall.

After the ceremony, Doran said, "It really is a contribution to the town because, believe it or not, the mall could be construed as a nuisance - traffic, parking and congestion - so in effort to do something for the community that might be inconvenienced somehow because, you know, we're drawing ... millions of people annually to our shopping center, this money was set aside to recognize the folks that do the work that make the quality of life in the Town of Niagara such a positive."

Recipients were selected by a committee made up of Wallace, Doran and Patrick Brown, the Town of Niagara IDA CFO, treasurer.

"We thought, and I thought, that it was important that we have an application process. And that's what we used to determine the (gifts) and who was eligible," Wallace said.

After the ceremony, he added, "We had some criteria, we looked at a variety of things and based it on that and need. ... We didn't want to play any favorites."

Wallace said he would "absolutely" implement the application process again next year. "It went well. I don't know if we'd even tweak it." 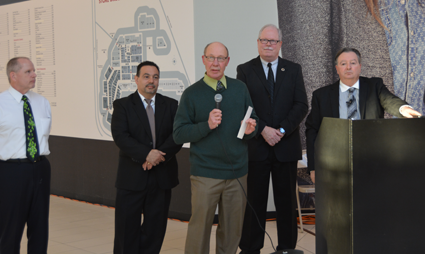