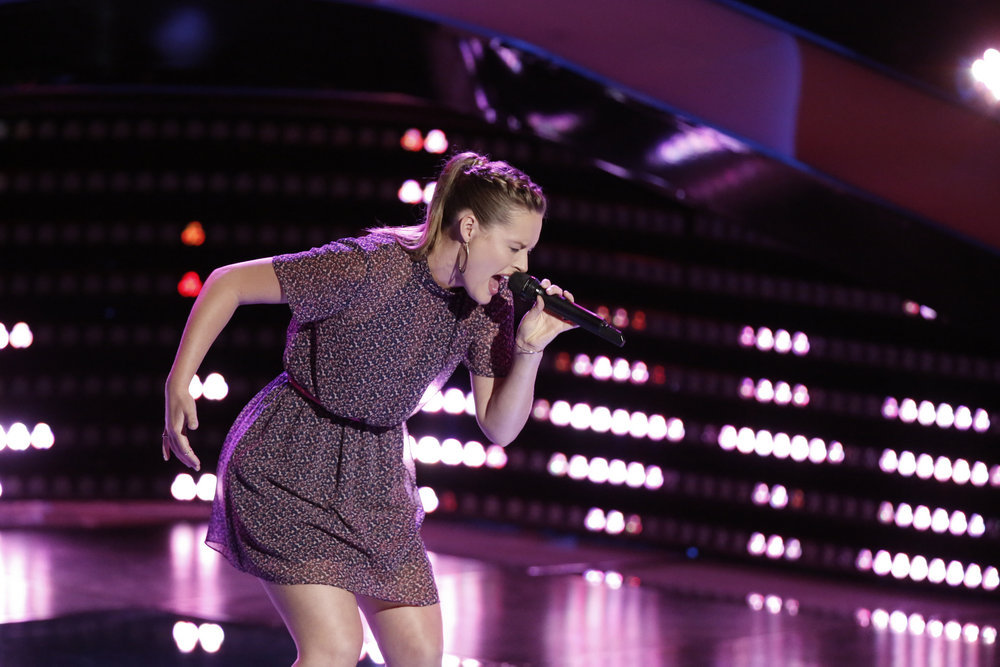 The thought of performing in front of a room full of people, four of the biggest names in the music industry, and more than 10 million television viewers can be daunting, to say the least.

Imagine being in that situation with little stage experience and just a scattering of public performances at coffee houses.

It's enough to make even the heartiest soul stay home.

But not Hannah Huston.

When the 24-year-old preschool teacher from Lincoln, Nebraska, was invited to audition on "The Voice," NBC's top-rated reality singing competition, she jumped at the opportunity.

"Yes, all that is true. It is new, singing - well, not necessarily just singing, I think it's just more of like specifically public singing. I just haven't really done a bunch of gigs or anything," Hannah told BTS Wednesday. "I think a lot of people have just tremendous stage presence and that's something that I am growing. And I think preparing for that is just, you know, knowing your voice and knowing, you know, who I am, and lots of prayer, honestly, and lots of practice."

"I mean, I knew going up on that stage exactly how I wanted to sing that song," she said. "And I think you also have to know that you're going to be nervous, which I absolutely was. So you have to factor in that and just, you know, make sure you're prepared. I just practiced a ton and I just - I knew how I was going to sing it, and so going up there I just, I don't know; I had a confidence about me, and I just took a deep breath and then starting singing."

While the studio audience was enjoying Hannah's expressive performance, the four coaches were slow to catch on - thus taking an already nerve-wracking moment and amplifying it tenfold.

"It was, you know, 3/4 into the song and I have no chairs and I was thinking, you know, I was in my head, I'm like, 'OK, it can't be that bad.' I feel like I have got energy and it's been fun, and I'm having a good time and, yes, they weren't turning around," Hannah said. "And so I just remember I was like, OK, I don't remember much, but I do remember this: Right before I sang my last note, I just remember kind of having a moment and being just really calm and closing my eyes.

"And I just had this thought: I can be OK if I don't get any chairs, but I'm just going to, you know, wail this last note and just hope when I open my eyes that someone has turned around, whatever. And then that happened, and then I just - I don't - yes, I blacked out for most of it, but that part was the icing on the cake. It was a surreal moment. It was amazing."

Coaches Blake Shelton, Pharrell and Christina Aguilera did, in fact, wait until Hannah's final note to hit their "I Want You" button and spin their chairs around. Adam Levine, who didn't hit his button, still admitted, "That was really good." 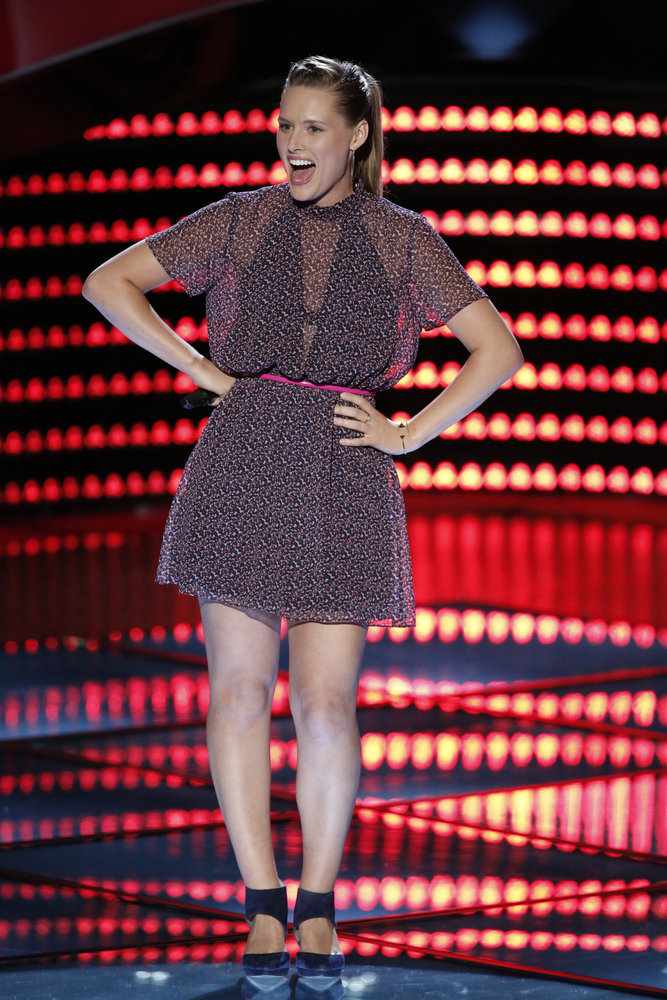 "I love the rasp. That's what got me hooked," Christina said. "It sounded great, and I was just waiting for that extra push to push the button. I love where you took it at the end.

"I'm a fan and I want to work together with you."

Pharrell said, "I got to press my button for somebody that I'm really excited about."

Upon hearing that, Hannah let out a joyful squeal.

"And I'll tell you why," Pharrell continued. "I thought you had a great voice. But so much of your personality comes bubbling out of your being. I'm dying to see, like, what that looks like when you're performing. So, I would love the opportunity to be a part of your journey."

Blake, who had encouraged the coaches to turn their chairs, said, "I'm looking around going, 'Oh my gosh, this is not my wheelhouse. But this girl is so freakin' good.' Like I'm having a fit back here."

"I can vouch for that," Christina said. "He was cheering you on, like, 'What are you guys doing not pushing your button.' "

"So listen," Blake continued. "There was a soulfulness to your voice. Extremely accurate falsetto. Like, oh my gosh. Then, when you hit that last note and you interjected that raspy, sandpapery sound. ... I'm such a fan of yours. And, whatever you do, I hope someday we can be friends, because you seem like a blast to be around."

Hannah laughed. After mulling over her options, she selected Pharrell.

Pharrell said, "Hannah, I can't put her in a box. She's super-soulful. I'm looking forward to finding out what she wants to do, and I'm happy she's on my team."