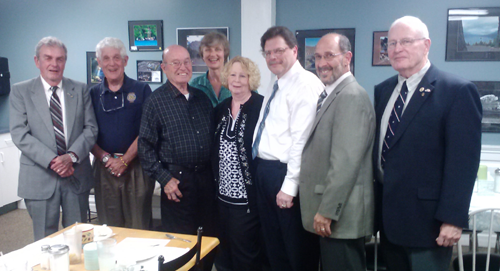 The Niagara River Region Chamber of Commerce announced the Niagara County Central Rotary Club is the Sanborn Business of the Year.

The Sanborn Business and Professional Association assists the chamber in providing a nominated business that has shown dedication and service to the Sanborn community.

The Niagara County Central Rotary Club began in 1986 with Dr. Donald Donato, president of Niagara County Community College; Dr. Joel Radin, superintendent of the Niagara-Wheatfield School District, as well as a Rotarian of Canandaigua; and Bob Duell, who was a member of the Rotary Club of Buffalo.

These individuals wanted to bring the civic club to the mid-Niagara County region and worked until 1987 to officially form the club; Rotary International chartered it on June 23, 1987. The club was sponsored by the Niagara Falls Rotary Club and the Lockport Rotary Club. On Sept. 19, 1987, the charter of the new club was unveiled and 24 charter members were installed into the new Rotary Club of Niagara County Central. The club's charter year is also notable as it marked the inclusion of women into Rotary International.

Many fundraisers were hosted to get the club started. One fundraiser involved parking cars for the Niagara Falls Grand Prix in 1986. Funds raised by the event went to Polio Plus, a charitable organization the club was involved with in the late '80s.

Some of the major events hosted by the Rotary include: Old Sanborn Days (now in its 26th year), the Cabin Fever Antique Show, the Apple Tree Antique Show and the Auto Part Swap. Additional programs include the "Roger Andrews Senior Breakfast" - a free breakfast for seniors held at Niagara-Wheatfield High School and the "Wreath Across America" program that places wreaths on veterans' graves. In 2015, the chapter raised enough funds to pay for 30 wreaths to adorn veterans' graves at Oakwood Cemetery in Niagara Falls.

The club also holds programs for students. It purchases and distributes more than 900 dictionaries to third-grade students. Each school in its service area is included in this program. The club provides scholarships to students from the Niagara-Wheatfield, Wilson and Starpoint school districts. The club also sponsors the Interact Club for Niagara-Wheatfield High School students, and the Rotaract Club at NCCC.

The Niagara County Central Rotary Club is a volunteer, civic organization. The officers include a president, vice president, secretary, and treasurer. It also has a board of directors. The club is always looking for new members. 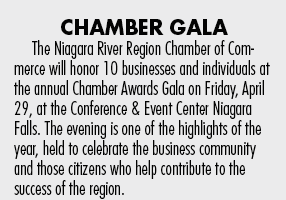