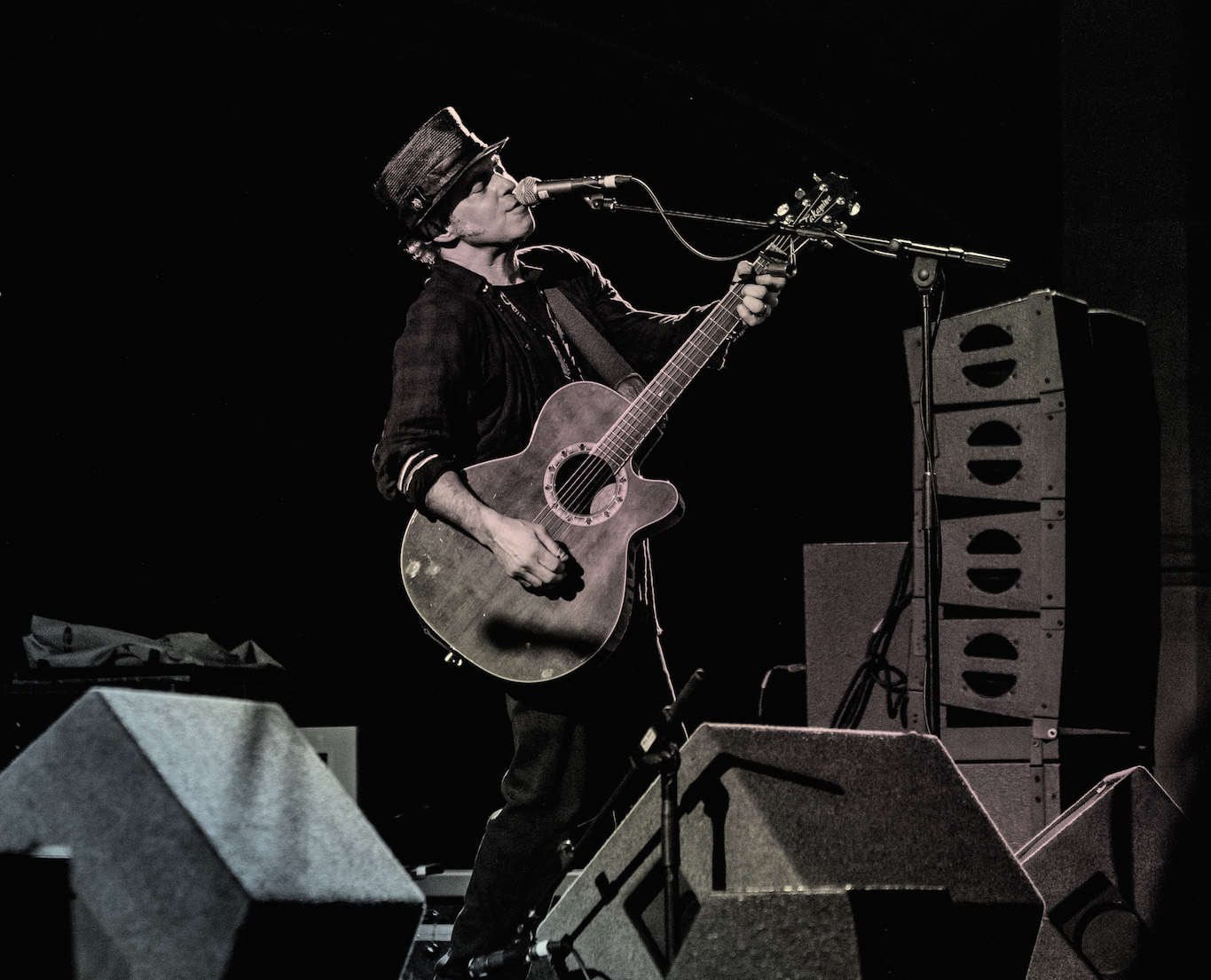 Nils Lofgren couldn't see it, but he agreed to humor his wife, Amy.

Halfway through his United Kingdom "Face the Music Live" tour, he consented to start running tape of his performances.

"Last year we spent two different runs over there. And after the first run, she said, 'You've got to record this show. It's the best show you've done.' And we did," the guitarist said in a recent phone interview.

He and his touring partner, Greg Varlotta, "were getting amazing reviews. And I was even surprised. I'm, like, 'Wow, that was a nice review. I didn't realize we were that good - I don't even know if we were that good.' But consistently rave reviews - like, 'This is the best we've ever seen this guy,' which is kind of beautiful after 47 years on the road," Lofgren said. "And it was mixed with that, and Greg pointed out, 'Hey Nils, this is our tenth year together.' So when Amy, who has an overview, and has seen me for 20 years, said, 'Nils, these are the best shows you've done. You've got to record them,' I didn't know. ... I wasn't sure she was right, but I didn't question it. And I thought, 'Yeah, why not?' "

Despite the rave reviews and positive reactions from fans, when Lofgren's tour was over, he still wasn't convinced.

"And it wasn't until I got home - I even warned Amy, and she understood. 'So, look, Amy, I'm going to listen to everything, but I still don't know if there's a record there.' And she always said, 'You're going to be surprised.' And she was right," Lofgren said. "I was very surprised that, when I was there with my dogs, without being on the road and delirious and under the weather in the dead of winter doing one-nighters, in ... my home with an overview I did not have on the road, she was right. There was a great album there.

"UK2015 Face the Music Live" is out now and available for purchase. 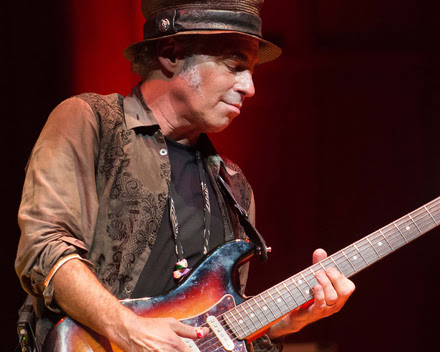 That album is the latest project in what's been a season of surprise for Lofgren, who was inducted into the Rock and Roll Hall of Fame in 2014 as a member of the E Street Band. In that same year, he released "Face the Music," which chronicled a career that began at age 17 when Lofgren was recruited to play with Neil Young.

Working with Fantasy - Concord, Lofgren was able to reclaim the tracks he wanted to share - even from out-of-print albums.

"I picked the best of 47 years. I found 40 bonus tracks. And it was a little startling to see what I'd done, because I'm usually so focused on today and tomorrow. And, in a lot of cases with great bands - with Neil Young or Ringo Starr or Bruce, of course, and E Street - I'm just immersed in their body of work," Lofgren said. "But looking back on it, I actually wrote a 138-page story about it. Track by track. And Dave Marsh helped me edit it, and it does read well in my own voice, of my journey.

Lofgren is grateful for his success - and that it's come without celebrity. He never sought to be as famous as his bandleaders.

"I make music to reach people. I'm still trying to get better at it, to reach more people. But, I think, in hindsight, if I'd had big, hit records with my band, Grin, at 18, 19 years of age, then there's the pressure to repeat yourself - and all the bureaucracy in the music business, and keeping up appearances. And I certainly wouldn't have wound up playing with Neil Young and E Street, Ringo - and all these other things that are, musically, very dear to me, and very inspiring to me," Lofgren said. "I found out at 18, going to work on 'After the Gold Rush,' it was fun not to be the boss. It was really neat to be in a great band, (and) not have the responsibility of bandleader, and be on a team. Working with people. And I so embrace that.

"And when I come back to my own music, I feel kind of a new excitement and energy for what is next for me, or the next chapter for my solo work. I don't think I feel that's all I did. So, it's been a very natural transition to go in and out of great bands back to my own music, and it's been very healthy, I think, for both ventures."

While Lofgren is fine not being the boss, he does relish the opportunity to perform with "The Boss."

Lofgren had a solo tour set for early 2016 when Bruce Springsteen called the E Street Band back to duty.

While Lofgren was disappointed to postpone his solo dates (and pledged to ticket buyers a desire to return), he said playing with his band of 30 years has "been great."

"We're surprised. It came out of the blue. We really weren't planning on it. But ... the shows have been great," Lofgren said.

"Inevitably, you know, maybe five, six shows (in), you get a deeper level of comfortability with each other, the songs, the set, your gear, your equipment. I've been loving it. It's been really a joy," Lofgren said. "We usually start with one of the bonus tracks from 'The River' box (set). Usually 'Meet Me in the City.' ... And then we play 'The River' in its entirety - the double-album - which goes up and down; goes through many moods; and just a brilliant record. Great subject matter.

"And then the last hour and a half or two are kind of a greatest hits selection, with hundreds of songs to choose from, really."

Springsteen and the E Street Band perform Thursday at Buffalo's First Niagara Center. The show comes on the heels of historic Western New York appearances by Cher, The Rolling Stones and Paul McCartney.

While those shows were larger than life in their production quality, "The one thing to remind people is there's no lasers and giant blowup dolls and fireworks" with the E Street Band, Lofgren said. "There's nothing really in the building except Bruce's songs and his band. And the songs and the bands are formidable.

"And we like to think that that puts the focus on the band and the songs and nothing else. And it actually highlights how unique and special it is when you mix it with an audience of decades that have been following us. It's just a great, magical combination."

Plus, it doesn't hurt that there's "always great audiences up in Buffalo," Lofgren said. "They just seem like really down to earth rock 'n' roll crowds; really appreciative. So, I'm excited to get back there and play with E Street."

For more on Lofgren, or to explore his solo work, visit http://www.nilslofgren.com/.