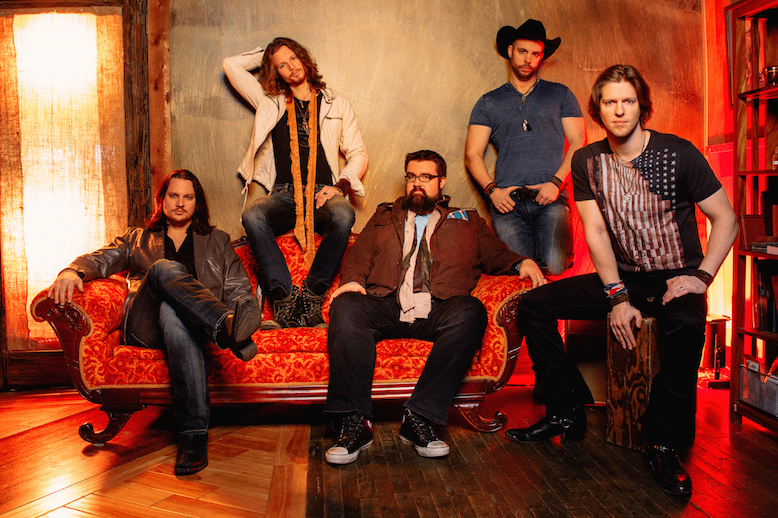 Watching the final season of "American Idol," and seeing past performers pop in, viewers have undoubtedly asked, "Hey, whatever happened to so and so?"

Several of the reappearing artists have struggled to sell records or remain relevant in the years following their reality television debut.

Upon landing on season four of NBC's "The Sing-Off," a cappella/country act Home Free didn't want to be another "so and so," or just a fond memory. Rather, Austin Brown (high tenor), Tim Foust (bass), Rob Lundquist (tenor), Adam Rupp (vocal percussion/beat boxer) and Chris Rupp (baritone) set out to create a sustainable career.

"I think what a lot of people make the mistake with after they're on a reality show, they're like, 'Oh, well, I was on a reality show, in front of millions of people. People are just going to be coming for me to go and perform. And they're going to be just knocking down my door.' And that's just not how it works - at all," Lundquist said in a phone interview Wednesday.

The band hired a management company and "We decided, 'OK. Now this is where we have to really start working.' And so, as soon as we got onto 'The Sing-Off,' we're like, 'All right, we're going to try to put up two videos on YouTube a month, just to stay relevant,' " Lundquist said. "We're touring all the time and we're just trying to strike while the iron's hot. And that's been a lot of work the past two and a half years, for sure. But it's working.

"And some people, they find out about us through YouTube now - and have no idea that we were on a show or anything like that.

"It seems to be working."

Home Free took advantage of their TV platform and worked to remain squarely on the mind (and in the music player) of music fans around the world.

"You know, it's a little daunting when you get onto a reality show. You pretty much sign your life away - at least that's how it feels at the time. So, yeah, we were a little nervous about it. But none of us regret it at all," Lundquist said. "It was a very strenuous experience; it was 12- to 15-hour days every day for two months. But we grew a lot as a group during that time - and the exposure was just unbelievable."

Home Free won season four of "The Sing-Off" and "Now we can go on tour - a national tour; we've done several of those now - and people are coming from all across the country - even in other countries - to come out and see us perform," Lundquist said. "It's 99 percent because of that show. All of us are very, very happy that we did that."

While "The Sing-Off" propelled Home Free, and the band's smarts kept it from crashing, it was indisputable vocal talent that enabled the group to sell more than 150,000 albums through its first three releases. Home Free's 2014 debut, "Crazy Life," soared to No. 1 on the iTunes country chart, while recent release "Country Evolution" went to No. 4 on the Billboard country albums chart.

Home Free's unique takes on "O Holy Night," Johnny Cash's "Ring of Fire" and Ben E. King's "Stand by Me" have netted more than 65 million YouTube views - and caught the eye of some musical icons.

The band recently collaborated with The Oak Ridge Boys on "Elvira."

"Being able to perform with The Oak Ridge Boys and do that video was like a dream come true," Lundquist said. "They are just a bunch of goofy dudes. They don't take themselves seriously. It was really fun to see."

Home Free was invited to sing on Kenny Roger's "Once Again It's Christmas," "The Gambler's" first holiday album in 17 years.

"We got the call from Kenny Rogers to be on his Christmas album, and we were all floored. We couldn't believe it," Lundquist said. "And then we get to meet him and do a music video with him, as well.

"I want to be more like Kenny Rogers, for sure," Lundquist said. "He's a really good human."

Charlie Daniels, meanwhile, was recruited to perform his seminal hit, "The Devil Went Down to Georgia," on "Country Evolution."

"Being able to have Charlie Daniels on our album was crazy," Lundquist said. "He sounds so cool now that he's older. To just have him talk on our album was just nuts, and having him play, too, was super cool."

Home Free returns to Western New York this weekend, performing at 7:30 p.m. Sunday inside Rockwell Hall in Buffalo. Tickets start at $27.50 and can be found HERE.

"Our live show, it's a good time," Lundquist said. "I mean, we don't take ourselves too seriously. We try and break down that fourth wall right away, and just kind of talk with the audience a little bit. They can see stuff that we performed on 'The Sing-Off'; stuff that we do on YouTube; they can hear things that have been on our albums; and, yeah, maybe even some other stuff. You know, we'll take a pop tune and kind of countrify it a little bit, and do some classic country songs.

"It's fun for the whole family. It's a good time."