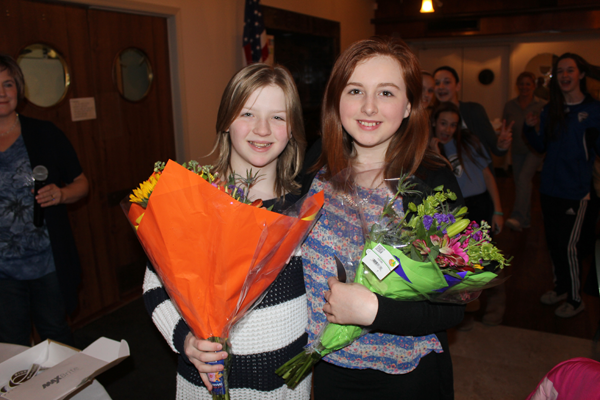 Two 13-year-old girls from St. Stephen School on Grand Island have, once again, set out to make a difference in their community.

Each year, more than a dozen local "sauce challengers" cook up their homemade pasta sauce and serve it to eventgoers who can taste and vote for their favorite one.

Besides sampling a variety of homemade sauces, eventgoers can partake in a silent auction, basket raffle, 50/50 split and bake sale.

"All our baked goods are homemade and we have our classmates volunteer to work (with us)," Nemeth said.

Pasta donated by the LaSalle Yacht Club, salad and bread will also be available.

A "plate challenge" will be featured. Participants can purchase a plate for $10 and flip it over to reveal a gift certificate to a local restaurant or business.

"You're guaranteed to win at least $10, but many of the gift certificates are worth more than that," Nemeth said.

Jessica said, last year, "We actually ran out of plates, because so many people did them. So this year we're doing more of those."

Her mom, Sandy, said people from several communities in Niagara County attended last year's event. "We had a nice mix of families from the girls' school and people from Grand Island, people from the local area. It was really fantastic how everybody came out together to support Roswell," Sandy said.

"A lot of people are very surprised that these two girls have pulled together, not only their friends, but an entire community," Kim said.

Pasta Sauce-Off was introduced in 2014 after the girls decided to try and bring in more donations for their club, "Cooking for Cancer."

Cooking for Cancer is "all about raising money for pediatric cancer, or Carly's Club, at Roswell Park," Jessica said.

Carly's Club for Kids & Cancer Research in WNY provides support to children diagnosed with cancer and their families. It offers programs and events, as well as raises funds for pediatric cancer research.

"Pediatric cancer patients don't really get to live a normal life. Carly's Club will take them out to Dave & Buster's or go buy them dinner or do something fun with them - go to a Sabres game. And, so, it really gives them a normal life for a little bit," Jessica said.

Allyson said she and Jessica came up with the idea of Cooking for Cancer during a sleepover at age 10.

"We were talking about how some of our family members were being affected by cancer at the time. So, we really wanted to do something about it and we put together everything that we loved to do, which was baking, selling," Allyson said.

Jessica said, "Ally and I were just talking and we were like, 'Oh, we should start a club,' and our mom's really didn't think it was going to last. They were like, 'Once winter hits, they're not going to do it. It will last one or two meetings at the most.' But, we really surprised them."

After the first few meetings, "A lot of our classmates came into it and now they have all been (helping) us for the past three years," Allyson said.

"We really just wanted to give back to the community, and it turned out to be this great, amazing thing. We never knew that it would be something this great," Jessica said. 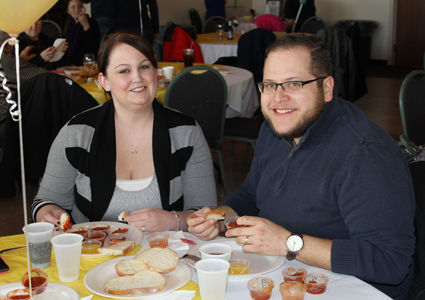