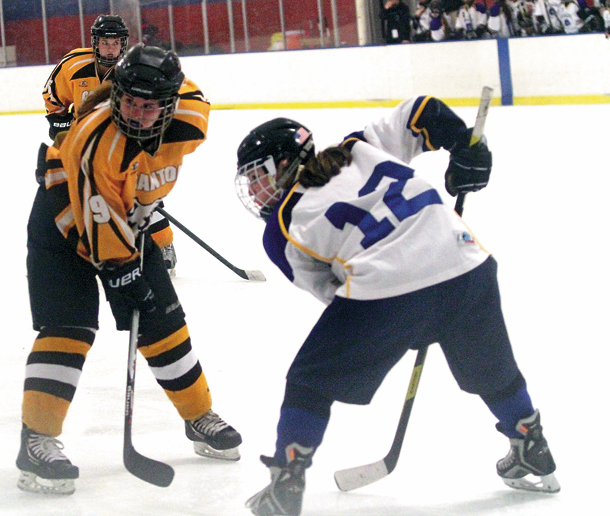 Special to the Island Dispatch

The Kenmore/Grand Island girls hockey team made it to the championship game of the 2016 New York State Girls Varsity Final Four in Albany last weekend.

The Devil Dogs faced Canton High School in the semifinals and beat them 4-3 with one of the goals coming from Blair in the second period.

Kenmore's Taylor Story dropped in the first goal, during a power play late in the first to end the period 1-0.

The Lady Islanders answered back early in the second and Grand Island's Wright put in Kenmore/Grand Island's second goal of the game to put the Devil Dogs up for just a few minutes before the Islanders tied the game at 2-2.

A lot of back-and-forth action ended with the Lady Islanders scoring the single goal in the third to win 3-2.

After regular season play, Blair has 9 goals and 11 assists in 18 games; Wright has 2 goals and 2 assists in 16 games played. Boyko and Botticello each have a goal and goaltender Colan has played 188.67 minutes, facing 86 shot attempts and stopping 73, giving her a 3.10 goals against average. She won 3 games, lost 1 and tied 1.