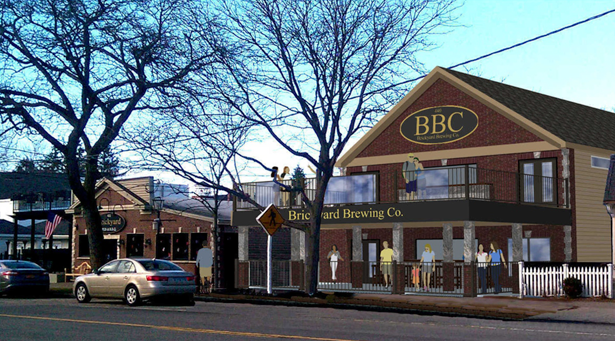 Brio Pizzeria is slated to become Brickyard Brewing Co. The signage shown is not necessarily the final look. This artist's rendering is courtesy of Jim Fittante/Fittante Architecture P.C.

They have closed one of their four village restaurants, Brio Pizzeria, 440 Center St., in order to merge the business and building with their most popular eatery, the neighboring Brickyard Pub & B.B.Q. Their new, two-floor establishment will be called Brickyard Brewing Co.

As the name suggests, beer will be brewed on site - similar to what's seen at Pearl Street Grill & Brewery in downtown Buffalo.

"It will be Brickyard; it will just be a different twist," Bryan said Friday.

"We're looking at a seven-barrel system microbrew, probably to have roughly six of our own beers on tap, and a few specialties for our other locations," he added.

Jim Fittante of Fittante Architecture P.C. is the project architect. He explained the details Monday at the Village of Lewiston Historic Preservation Commission/Planning Board meeting.

Fittante said Brio's kitchen would be replaced, while its roof and floors are adjusted and leveled off.

A new kitchen will connect the two existing buildings, as will a small people moving-section. The Brickyard's east side kitchen smokers will be moved inside the restaurant to accommodate the union.

Bryan said, "There'll be two kitchens - Brickyard will have two kitchens: One which exists now, and one that will be in the old Brio building, with a little bit of a different menu over there. It hasn't been fully determined what the menu is going to be. We're working on that."

The Brickyard Brewing Co. will have a rebuilt first floor and refurbished outside patio. The front half of the second floor, including a new outdoor seating area overlooking Center Street, will be open for patrons.

The back half's usage is yet to be determined.

Fittante said all of the siding will be removed and replaced with Brickyard-style veneer bricks. The new addition will have Americans with Disabilities Act-compliant bathrooms on both floors, as well as an elevator.

Despite all the changes, Fittante said the Brickyard Brewing Co. will not exceed Brio's current footprint. In fact, the height of the roof will be lower than what is currently in place.

The Planning Board unanimously approved a façade change. The plan is expected to go to the Village Board Tuesday for final approval.

Fittante said Bryan and Matthews intend to renovate and reopen "as soon as possible."

Bryan said, "If all goes well, we're hoping to be open for Jazz Festival weekend - at least to a point where you'll be able to go through and at least take a look and see what's going on. Somehow the microbrew stuff that we need to order is anywhere from three months to a year out. All of that stuff is pretty much made to order."

Interior construction work began earlier this month. Passersby may have noticed the inside of the building is gutted and the second floor is visible from the ground level. Bryan said that open space would remain, allowing patrons to view both floors while dining.

"It's amazing what you've done, as far as demo work," Planning Board member Claudia Marasco said.

Bryan and Matthews opened The Brickyard in 2005. The restaurant marked 10 years in operation last February. They purchased Brio in 2013.

The two entrepreneurs took over Tin Pan Alley in 1994 and opened Center Cut: The Village Steak House in 2014.

Bryan said the new Brickyard microbrewery will service all of his and Matthews' restaurants. 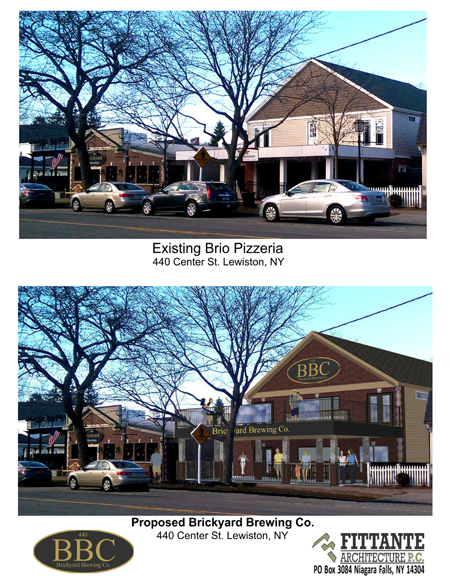