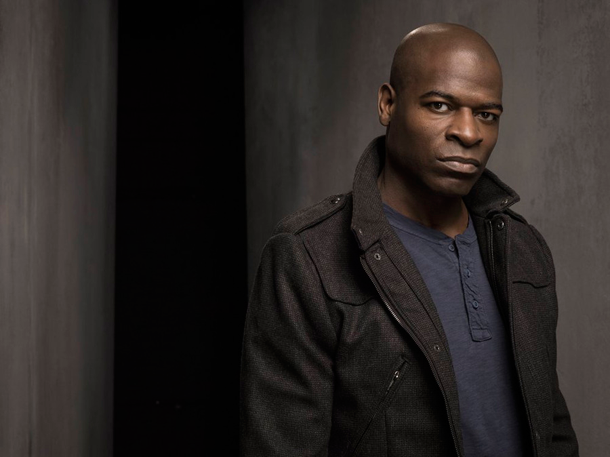 While television actors receive fame and fortune by being the face of a popular character, it's the writers behind the scenes that often do all of the heavy lifting. From creating the character to giving it words, directions, mannerisms and more, the writers are mostly responsible for what we see on TV, and why we like (or dislike) a Sam Malone, Phoebe Buffay, Buffy Summers or Don Draper.

Hisham Tawfiq didn't have that luxury.

When he auditioned for "The Blacklist," his character, Dembe, had no lines. Whatsoever.

In fact, no one had given much thought to Dembe. But Tawfiq's screen presence was such that producers wanted to see more of his character, the man who protects international criminal mastermind Raymond "Red" Reddington (James Spader).

"I was going to blow it off, because there were no lines. It was like they just want you to come in and it's an improv. I was like, 'Eh, I don't know if I want to do that.' But, I said, 'Hey, what the hell?'

"And I went in for that audition on a Saturday. It was improv. They liked it, so they had me come back before the producers. I did the improv again. Again, there was no lines. And, they told me, 'Hey, we want to hire you for this episode.'

"The funny thing is, I think Aug. 8 I had planned a snowboard trip to Argentina. I was supposed to finish the first episode Aug. 7. So, I was like, 'OK, I'll just do this episode and go on my snowboarding trip. Then they told me, 'Hey, we need you for the next episode.' So I pushed my snowboarding trip back. And then they said, 'You know what? We need you till December.'

"So I lost my money on that trip!

"They just kept kind of hand-feeding me episode after episode for the whole first season. For the whole second season. And then, midway through the second season is when they notified me that they made series regular for the third season." 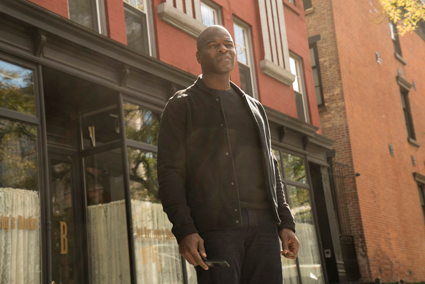 "The Blacklist" episode "Kings of the Highway": Hisham Tawfiq as Dembe. (NBC photo by Virginia Sherwood)

Even as Dembe was finding a spot on "The Blacklist," and a place in fans' hearts, the writers still left Tawfiq to his own devices. Though at least he finally had some dialogue.

"There was really no conversation between me and the writers up until once they offered me series regular," he said. "So, everything that I created as far as the character, other than them telling me he was an ex-freedom fighter from south Sudan. For my improv, they asked me a lot of questions about my history; my dad - my father - who was I; who was Red to me. So all of that stuff I just made up. A lot from my personal history. And just created a character on my own.

"So no one actually spoke to me about my character until, like I said, towards the end of the second season."

"I did most of the research for the improv, and once you build the foundation, then it's very easy after that," Tawfiq added. "I think the scariest thing was just going and getting asked a lot of questions, and making sure I did all of my homework and to be able to answer those questions. But once I built that foundation, no matter what script I had, nobody spoke to me about my character. I basically had the freedom to create or react in the ways that I had made up this guy to be."

On "The Blacklist," Dembe is Red's protector, but also a surrogate son. Red freed Dembe from a cartel's grip, freeing him from a life of trafficking and pillaging.

"He didn't have to do what he did, at all. I mean, a man of his nature and caliber, he could've just continued ripping and running. But, for him to take interest in me, and to make sure I got out of that situation, speaks a lot about him personally," Tawfiq said. 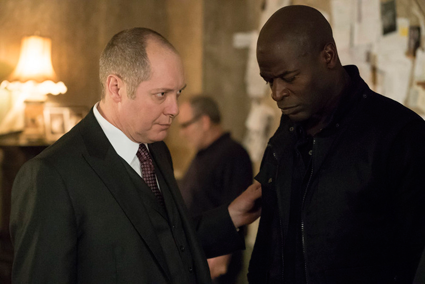 "The Blacklist" episode "Karakurt": From left, are James Spader as Raymond "Red" Reddington and Hisham Tawfiq as Dembe. (NBC photo by Virginia Sherwood)

In one of those crazy, life-imitating-art moments (or perhaps vice versa in this case), Spader, a three-time Emmy Award-winning actor, took Tawfiq under his wing.

"For my first time on set, I was with James Spader," Tawfiq said. "I give him all the praises because he went out of his way to really talk to me about who I was personally. And then after we talked for an hour about who I was personally, my outside interests, do I have family, kids; after that, then we talked about this character, who I then found out was requested by him.

"They did the pilot. I wasn't in the pilot. ... Because the pilot was already shot. So, James told me that he wanted to have, like, a bodyguard - some type of guy running around with him, because he didn't feel good doing it alone. It didn't make sense to him.

"So he told me about a celebrity friends of his who had a bodyguard who wasn't big, muscular, anything, but just had this quiet demeanor that everyone knew that, if you messed with his client, that all hell was going to break loose.

"So, we had that conversation early on, and from there, every time I came on set, like I said, James always greeted me and spoke about my weekend, or my day. At the time, I was still working as a firefighter. He was very much interested in how was my work week, because I built a lot of hours in during the weekend so I could shoot during the week."

Now, three seasons into "The Blacklist," Dembe has more involvement, fortunately, and works with Red to assist the FBI in capturing the world's most wanted fugitives. Tawfiq has built a fanbase, and diligently works to interact with viewers on Twitter during each episode. He came up with the hashtag #DembeLoyals because he wanted to "create something to celebrate them, acknowledge them and thank them," he said.

"I can tell you that, as an actor, I've been doing this a while, and I know how hard it is to get a show; I know how hard it is for people to tune in. And to have this type of fan experience is humbling; it's mind-boggling; it's something I definitely appreciate. I look forward to the Twitter parties on Thursday night," Tawfiq said. "When I first started this show, I had about 400 Twitter followers. And it was so easy to respond to everyone. And now I have over 20,000, and it takes a lot of work. But I try my best to respond and 'like,' because I know how it feels to be on the other end. Three years ago I was doing the same thing, tweeting my favorite celebrities or people I was a fan of.

"So I try my best to thank everybody for that love and support. Because I know that's part of the reason why I'm still on this show." 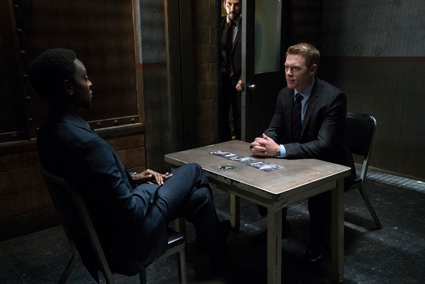 What about Dembe and Solomon?

Earlier this season, cabal henchman Matias "Mr." Solomon (Edi Gathegi) poisoned Dembe's daughter and threatened to kill her if he didn't surrender himself and give up Red.

Dembe offered himself up and was soundly tortured by Solomon, who tried, and failed, to get Red's location.

After a few days, Dembe managed to escape, but was near death. Solomon and his troops were able to find and corner Red and Lizzie (Megan Boone) in an airport hanger. Just when all seemed lost, Dembe burst in, guns blazing, and freed his friends.

Shortly thereafter, Dembe had the pleasure of watching Solomon put behind bars.

While that was rewarding, Tawfiq's fans have been itching to see Dembe extract his pound of flesh.

"I'm hoping we'll see some more interaction between Dembe and Solomon," Tawfiq said. "But the interesting thing is, I honestly don't know (what Dembe would do). I see a lot of my fans, like, 'We want you to punch him in the face; we want you to kill him; we want you to do this.' And I've been thinking to myself, 'How would Dembe handle this situation?' And I don't know if it would be a violent (response) - I would really have to be cornered to do something violent."

"I know the fans want to see something," Tawfiq added. "I think and hope the creators satisfy that appetite - and it will be interesting to see how they do it. But, from what I'm feeling now is, he would have to do something again to me or my family to really, really respond again like I did the first time."

"The Blacklist" airs Thursdays at 9 p.m. on NBC.