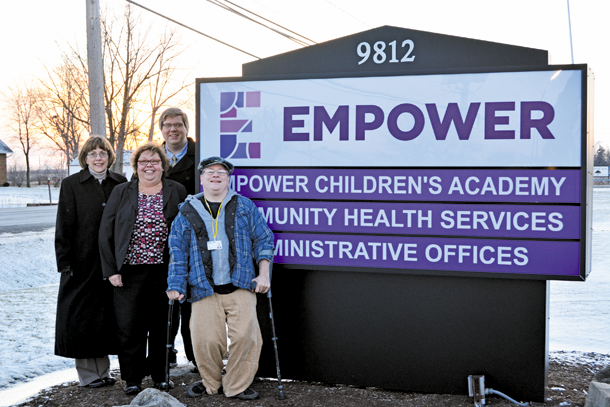 Employees of Empower stand together by the organization's new sign on Lockport Road. From left: Chief Financial Officer Rita Tweedie, Director of Program Operations and Quality Assurance Dian Baehre, Executive Director Jeff Paterson and Second Vice President Board of Directors Dan Vitch. Empower was named Employer of the Year by the Town of Niagara Business and Professional Association.

The Town of Niagara Business and Professional Association will honor local businesses and community members at its annual Dinner and Awards Ceremony at 6 p.m. Wednesday, Jan. 27, at the LaSalle Yacht Club, 73 S. 68th St., Niagara Falls. Admission is $40.

"The TNBPA annual dinner was designed to recognize outstanding commitment to bettering the community in the Town of Niagara," said Lisa Scalzo, chairwoman of the event. "We typically have 145 attendees at this event, which again celebrates the hard work and dedication of awardees, and is a true example of how working together in the Town of Niagara can strengthen business in our community."

The event will begin with a social including cocktails and appetizers. Basket raffles and a 50/50 split (donated to a local not-for-profit agency), will also be available.

Recognition of honorees and citations from the TNBPA and local political and town offices will then take place, along with dinner and more networking and socializing opportunities.

Also during the evening, the 2016-17 board of directors will be sworn in, including the new president, Anthony L. Restaino, Esq., of Restaino & Reddien LLP, who will replace Gary Strenkoski.

"It's an evening of celebration, not (just) of each other as members - as an association - but it's an evening to recognize outstanding people in the community - business people, business owners, employers, community members. We honor citizens for the year and that's what the night's about. It's a night of celebration and honoring these folks and it's quite an event ... a very nice night," Strenkoski said.

He said one of the highlights of the night is the opportunity to reflect on "where we've been, and that evening is especially honoring those people and what direction the organization is going to go. We are 20 years into this, and it's to make the Town of Niagara a better place to do business and to live. I think we're pretty successful in that, I really do. It's also to give the people in the room an idea of the things that we do."

Scalzo said, "I think this is an awesome opportunity for networking experiences - getting to know what other places do, getting to understand how different agencies or people are giving back to the community."

Members of the TNBPA and the TNPBA dinner committee nominated the honorees. The board of directors selected the recipients. Only the Citizen of the Year category does not require recipients to be TNBPA members.

The honorees "truly act as a role model of how to give back to the community," Scalzo said. "It's really people that go above and beyond. ... These people - that are in these different capacities - they make a difference. If you're a business person of the year or employee of the year - these are employees that when you go into their business, they stand out to you; they represent their business owner; they also get engaged with community-type activates and functions. So they're going out and representing what their business is, but also how they're going to be able to give back to their community." 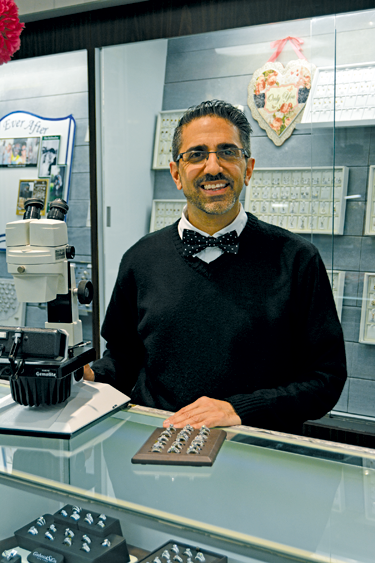 Thomas Laurrie has worked 33 years at Firth Jewelers, a family-owned jewelry store that originated in 1946 in the Town of Niagara.

Laurrie was described as a dedicated employee who provides personal attention and assistance to his clients and customers. "This recognition is an incredible honor for me, but more importantly for my family and for my friends who support me on a daily basis," he said.

Laurrie has been involved in several community-based initiatives, including collecting food for the Town of Niagara Electric Lights Parade, as well as his partnering with Maple Avenue School for its reading program, helping with the Fatima Shrine Palm Sunday Brunch and other community fundraisers and drives.

He described working at Firth as "wonderful."

"I'm so blessed to work with these incredible employees that I get to see every day that now, I don't call them employees, I call them my family," Laurrie said. 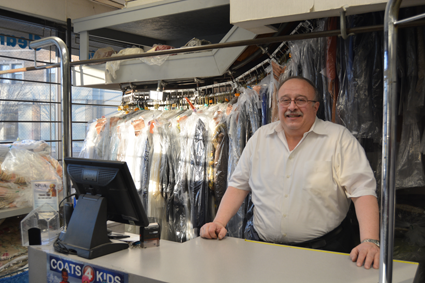 "I think it (the award) recognizes us for the hard work we've done, not only to put out a good product, but also to be a good neighbor," owner Russ Petrozzi said. "I think small businesses have a tough job, because not only do you have to give a good product, you're also the backbone of the community. Let's face it: You don't go into a big box store and talk to the owner - with small business, you see the owner; you see family; and I think it's one thing that is important and that's what keeps the community close."

Capitol Cleaners collects, cleans and repairs coats to be distributed to those in need through its Coats for Kids Drive. "The Town of Niagara's been recognizing us for years and we've always appreciated their support," Petrozzi said. The drive was started by his father, Joe Petrozzi, about 50 years ago.

As a not-for-profit organization, Empower provides services for intellectually and physically disabled persons, as well as community services to those who are non-disabled. Empower employs preschool teachers, classroom aids, clinicians and direct support professionals. Currently, 130 of the organization's 300 employees are based in the Town of Niagara, Executive Director Jeff Paterson said.

Empower, formerly named Niagara Cerebral Palsy, has been based in the town for 25 years.

"We're very proud. The Town of Niagara is in the DNA of our organization, so to have the business and professional association honor us in this way is a great honor," Paterson said. "For us, you have Niagara Falls, Lewiston, Sanborn, Ransomville, Wheatfield, all within reach. ... It's just a great place to be." 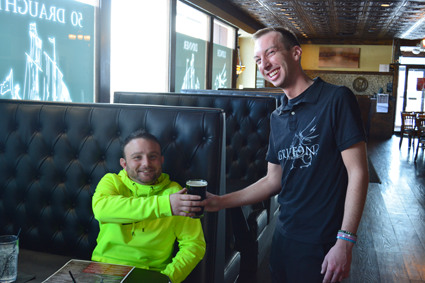 Server Jordan J. Toohey said being selected as an honoree was, "Awesome."

"It's very cool to me that they included the restaurant business in this. I didn't expect that, so that's awesome. I looked and I saw some of the people who have won in the past and it's like 'office manager' and stuff like that, and I was like that is amazing that they included this," he said.

While waiting tables during his shifts at the Griffon Gastropub, Toohey said he treats customers "like they are friends of mine or like family instantly. So instead of treating them like a chore, like I have to do it, it's more like something that I want to do, and it is something I want to do. So that makes it so easy."

The Griffon Gastropub offers American pub fare as well as a variety of beers, wine and liquors. 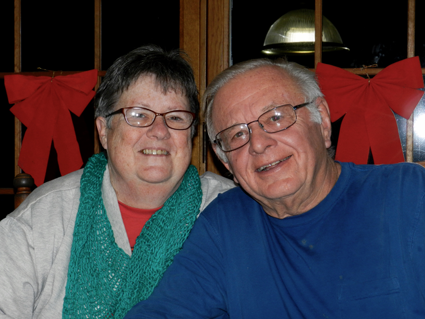 Citizen of the Year: John and Barbara Jesz

"It's kind of overwhelming because we don't do it for recognition; we do it because we want to help out our community," Barbara said.

As a member of the Town of Niagara community, John said he most enjoys "Getting out there and meeting all the other citizens and mingling with them and enjoying their company."