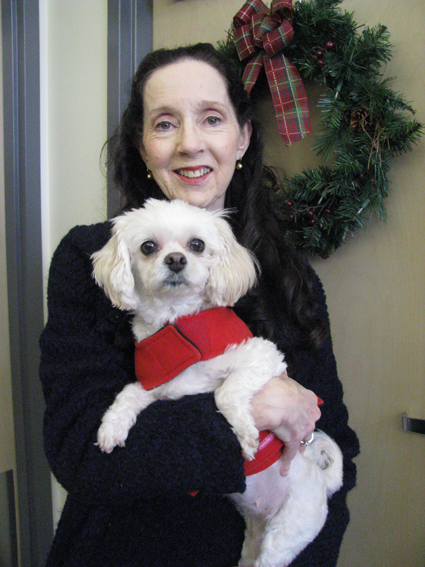 The tale is like one of those teary-eyed, happy ending holiday films airing on TV this month.

Phyllis, a cute Shih-Tzu mix, has been adopted into a new, loving home. This comes after the drama of being abandoned at a shelter, rescued from euthanasia, having surgery at the Lewiston Animal Hospital, and then being chosen for a role in a film.

Phyllis made a return visit to the animal hospital with her new owner, Lois Gochnauer, last week.

Dressed in a bright red coat with a fur collar, Phyllis was escorted to the back rooms of the hospital where there were excited cries of "Phyllis! Phyllis!" from everyone working there. Veterinarians Dr. Janet Spence and Dr. Lindsay Edwards had donated the surgery for mammary tumors and spaying Phyllis needed.

The tiny, white dog with the big dark eyes didn't even blink when a boisterous giant poodle danced up in the vets' lobby during a press interview. After all, she's a star. 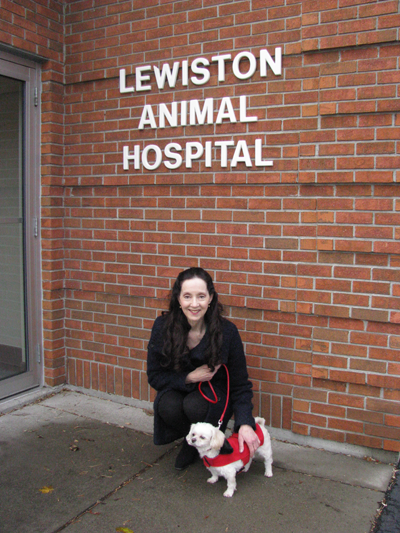 A Choice Films crew scouting Lewiston for locations for the upcoming movie, "Morning Sun," discovered Phyllis, and she continued to live at the animal hospital until she completed her movie role. That's when the search for the perfect new owner really got serious.

Office manager Jennifer Humphrey said numerous inquiry calls came in after Phyllis' story appeared in the Lewiston-Porter Sentinel, but only about 15 people completed the extensive application for adoption that asked everything from whether a fenced yard was available to if the dog would be alone during the day.

"We wanted to make sure she was going to the right home," Humphrey said. "She's a sweet dog, there's no doubt about it."

Four applicants were chosen to come in for a "meet and greet" with Phyllis. The dog and Gochnauer seemed to develop a special connection right away, Humphrey said.

Phyllis left for her new Town of Lewiston home on Dec. 7. She was introduced to Gochnauer's two other rescue dogs, Gyp, a schnoodle, and Toscanini, a Chihuahua.

"Sniff, sniff, and she was one of the family," Gochnauer said.

It only took a couple of days before Phyllis was joining the other two in the welcome celebration at the door whenever Gochnauer came back after being out. She also likes to snuggle with her new brothers and Gochnauer on the couch.

Gochnauer, a Lewiston-Porter High School graduate, went on to college and law school. She also danced with the National Ballet of Canada, was a lawyer in the District of Columbia, then joined the State Department and traveled all over the world in the foreign service. She developed a practice of adopting rescue dogs and taking them with her on her travels.

Phyllis is not the only actress in her new family. Gochnauer, who currently sings with the Nickel City Opera and does competitive ballroom dancing, has had a number of roles on stage and screen. While stationed in Hong Kong with her dogs of that time, she had a part in the movie "Bloodsport" with Jean-Claude Van Damme.

Phyllis will keep the name she is accustomed to, but like Gochnauer's other dogs, she now has a middle name. It's Eliza, as in Eliza Doolittle from "My Fair Lady," one of Gochnauer's favorite theater roles. 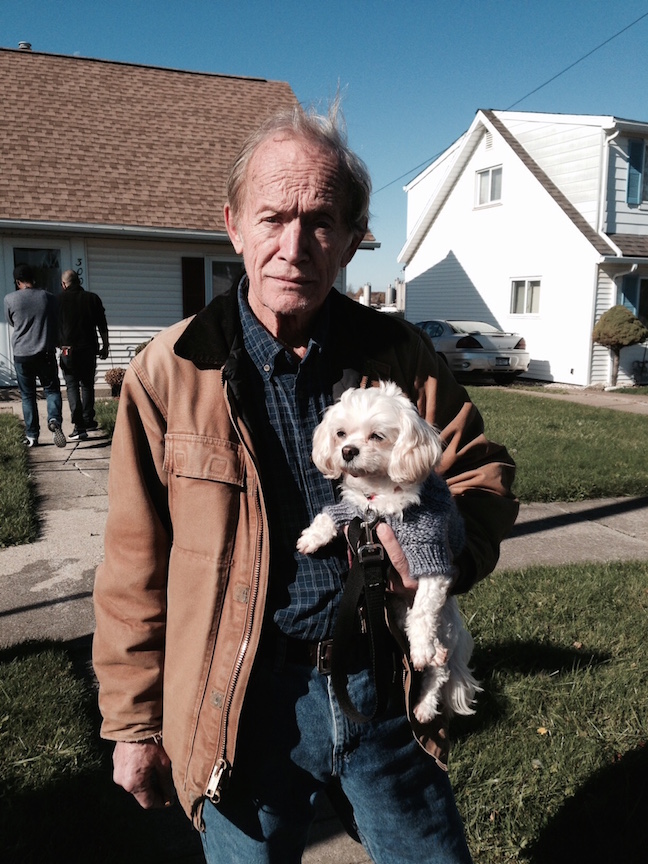