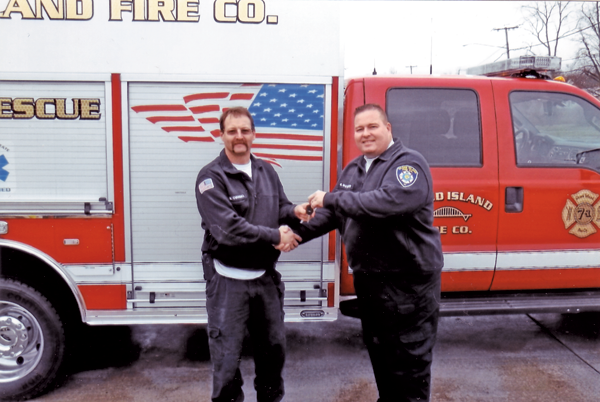 Grand Island Fire Chief Matt Osinski reports that a new 2015 rescue vehicle, No. 7-1, was recently placed in service to replace a 1987 rig that had previously received a body remount in 2001.

This 2015 Ford F-550 vehicle is four-wheel drive equipped and has an extended cab that can accommodate six firefighters or emergency medical services personnel as needed. The rescue body itself consists of a 12-foot walk-in box for patient treatment and shelter.

Osinski noted that firematic officers worked closely with the board of directors for several months so that financial considerations for such a critical upgrade matched the need for ensuring first-rate EMS protection for the community.