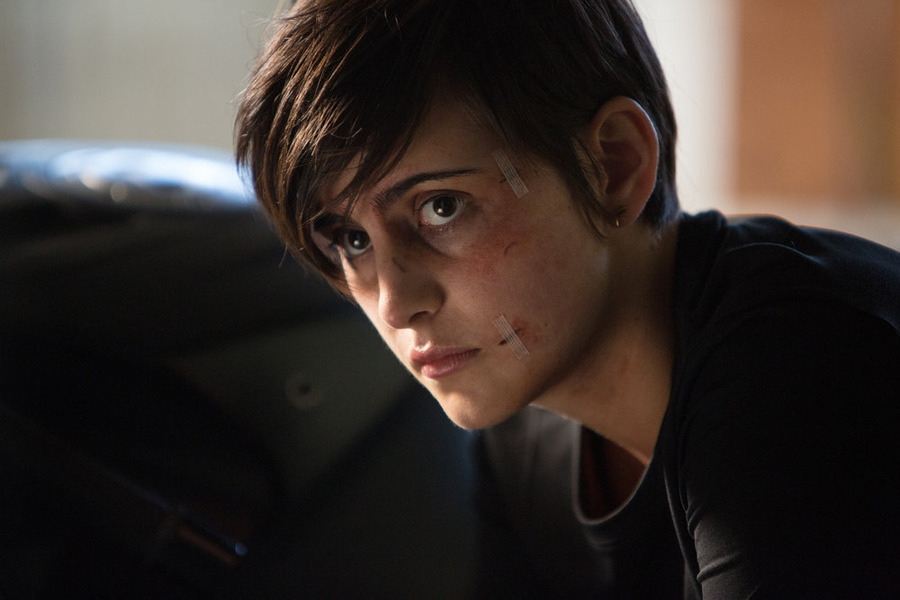 No, not the uprising (although that's not far behind).

Something more interesting is coming to Portland - to "Grimm."

The backstory is coming.

Namely, what happened to Trubel?

Actress Jacqueline Toboni said fans are about to learn why her character, our favorite female Grimm, was taken; why she was kidnapped and then half-dead when she found Nick last episode; and what's up with her fancier clothes and souped-up ride.

"There's so much mystery revolving around my character right now," Toboni said in a phone interview Friday.

Some of the mystery ties in with when Trubel left to help Josh adjust to the wonderful world of Wesen. Other elements involve the late FBI agent Chavez, who tried to recruit Trubel and then, seemingly, took her to some sort of detention facility.

It appeared Trubel was in peril, but there seems to be more to the story.

"I think Trubel's loyalty always lies with Nick," Toboni said. "But I think she has other responsibilities that have come into her life. She's kind of a new character when you see her come back.

"At the end of season four, she's got new clothes; she's looking a little bit more expensive, if you will. And then - spoiler - at the end of the (last) episode, you saw she was driving a really nice BMW motorcycle. And so it's kind of like all these questions need to be answered, about where she's been and where she is getting this equipment and if it's tied to Black Claw" (what the audience knows as the uprising).

"You're about to learn so much about Trubel that, for me, as an actor, happened in the middle of last season," Toboni said. "When I leave after episode seven in season four, I go off and do my own thing. It kind of fuels the rest of season five. And so, this has sat with me for a really long time.

"What's interesting - what the audience is about to learn tonight - there's a lot that they're going to learn about Trubel and where she's been."

And Meisner? That man who's fought with the Resistance and aided Sean Renard - he's been hovering around Trubel - and was at the warehouse where Chavez was killed just after it happened. What's his role in all of this?

"When Chavez dies, and she is the tie to Trubel for Nick, I think Meisner fulfills that void until Trubel is reunited with Nick," Toboni said. "And then you kind of figure it out. And then Trubel becomes the link between Meisner and Nick."

Something else to keep in mind about Trubel: She's not the street fighter we first met.

"Coming in this season, Trubel is a more trained," Toboni said. "And so that's really fun in the differences in fights. It's more difficult, because it's less of, like, wild punches and street fighting and stuff that I think I could do. And it's more - a little bit quicker, and we're making an effort with the stunt team - who's absolutely awesome - to make her a little bit sharper in the way she fights. She's definitely more trained now."

If Trubel is more prepared, so, too, is the person bringing her to life on "Grimm."

"I think the writers did a great job of kind of mirroring my life, at least a little bit, with Trubel's," Toboni said. "I think, in (seasons) three and four, she's a deer in the headlights. She's a little bit behind the eight ball and everything's new. Her moral obligations are very simple. And, as she grows, she gets more responsibilities and a little bit more comfortable - and is able to think on her own and face, maybe, more complex problems. I definitely relate to that, in many ways, as I've been with the show for a little bit longer now. I'm a little bit more comfortable, I'd say." 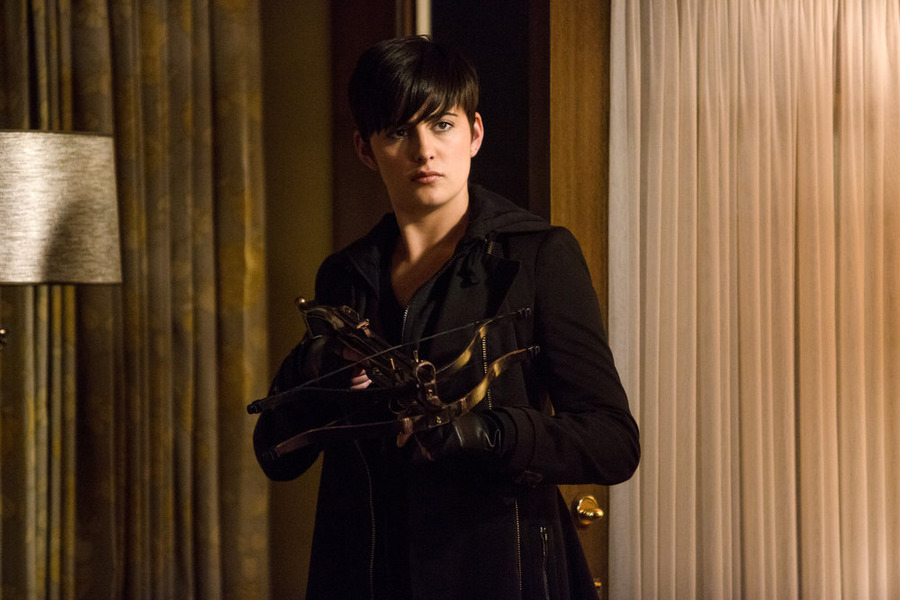 Of course, fans are still digesting last season's finale, when Trubel killed Juliette to save Nick.

"I had no idea. I knew that I was coming back and that something was going to happen. I knew it was a finale episode, so something had to be crazy. But then, that I was the one to kill Juliette. ... It was pretty jarring," Toboni said.

"It was really interesting because, when I left, people were pretty upset just over at social media and everything. And then when I came back, there was mixed reactions once I killed Juliette," she explained. "I think a lot of people were happy to see this character who she's become go, and were happy that (I) killed her. But I think there was another half of our viewers that were so sad, just because they knew who Juliette was, and they miss that old character."

Catch Jacqueline Toboni on "Grimm" Fridays at 9 p.m. on NBC.