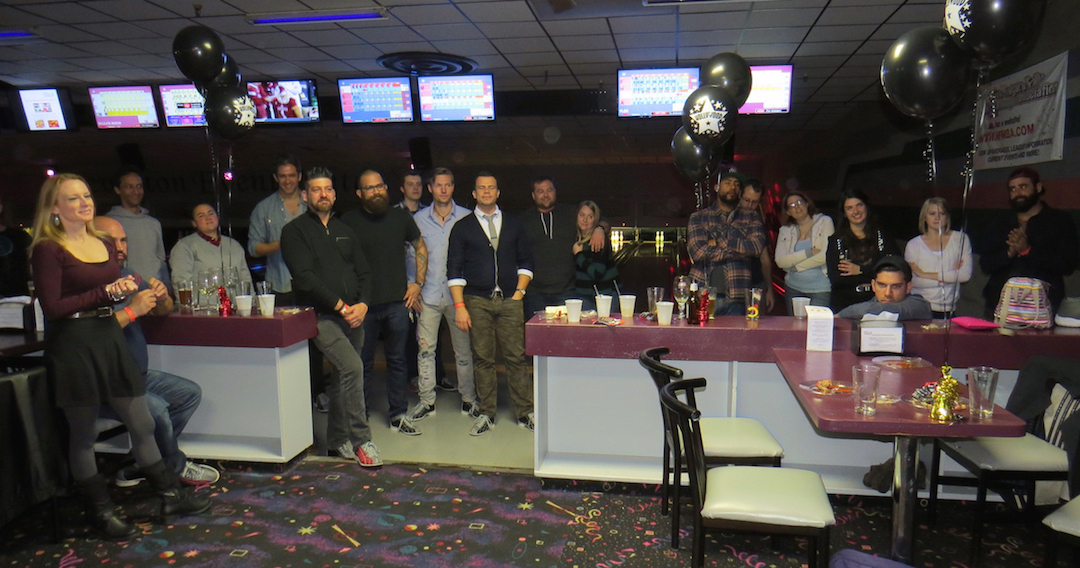 The "Morning Sun" cast and crew.

Village of Lewiston Mayor Terry Collesano, his wife, Jeanette, and the Buffalo Niagara Film Office hosted a wrap party Saturday for the cast and crew of "Morning Sun." The event was held inside the newly refurbished Lewiston Event Center, where guests bowled, played games, dined and recalled stories from the Lewiston movie sets.

Filming in the Village of Lewiston took place in October. "Morning Sun" is slated for release next September. Find cast interviews and more information on this website. 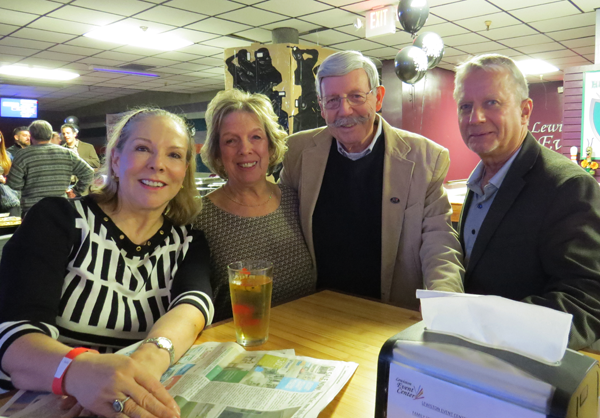 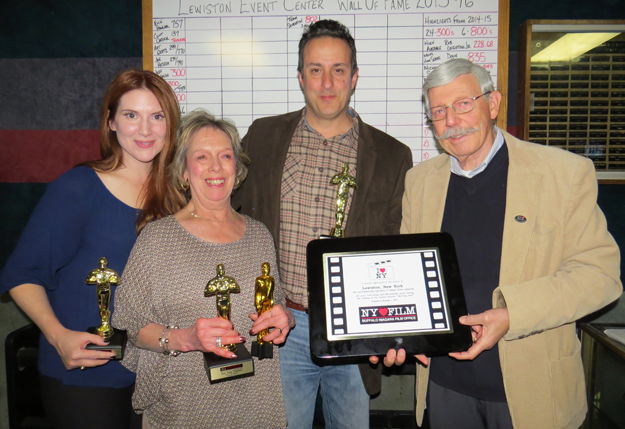 Pictured with their awards are Crockett Moore and Glazer (back row from left) and the Collesanos. 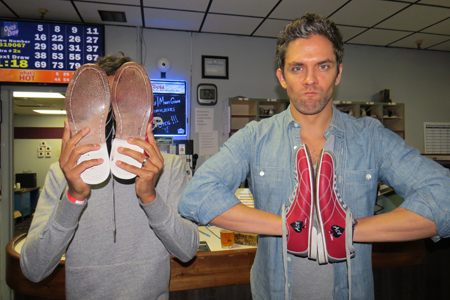 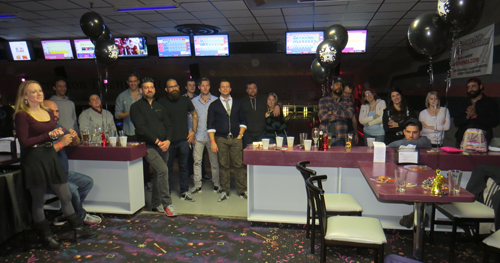