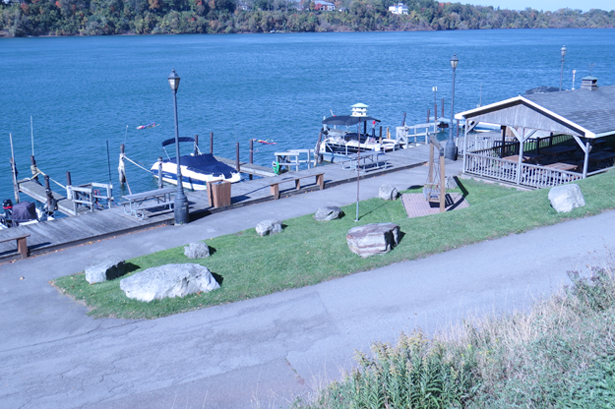 The Village of Lewiston's south docks are in need of repair.

Trustees in the Village of Lewiston voted Monday to give Clerk/Treasurer Amy Salada permission to contact Munistat Services Inc. for guidance on taking a bond anticipation note in the amount of $355,000 to cover construction costs related to the southern portion of Lewiston Landing (behind Water Street Landing). The bulkhead, brick walkway and utilities are in need of repair.

The village has qualified for a New York Department of State award that would cover 50 percent of the cost. The remaining 50 percent - Lewiston's share - would be a combination of money and in-kind services.

"In order for our engineer to go and look for bids, we should have the money to pay them," Salada said.

Village of Lewiston engineer Mike Marino said the $355,000 "includes planning, design, construction itself. That will carry it right through. But this way you can keep rolling with it. You know 50 percent of that money is coming back from the state, but you have to have the money available to pay to get reimbursed."

"Instead of holding up paying someone, we'll have the money on hand," Salada said.

"We're still continuing to look for funding for the other half of that, too," Marino added. "That's a possibility, too. But in order to keep it rolling - to be able to work construction contracts - you have to (have money in place). An accountant will want you to have the money in the bank for it."

Marino didn't yet know how Lewiston's 50 percent would be divided. The village's Department of Public Works would be responsible for completing the in-kind services.

•The Department of Transportation has had conversations with board members and DPW Superintendent Terry Brolinski about making repairs to Center Street, which is a state road.

"Superintendent Brolinski and myself, as well as Trustee (Bruce) Sutherland met with a gentleman from DOT this past Friday, and we walked Center Street to see all the bad spots," Mayor Terry Collesano said. He added, "Several of the places that we found as damaged and in need of repair, DOT is going to come in and they're going to coordinate it with Terry and his crew ... to fix all those little potholes and all those raised bricks and so forth."

The village also is working with National Grid to install brighter streetlights on South Fourth Street near Artpark.

•Nov. 2 also is the final DPW brush pickup until spring.

•The New York State Conference of Mayors recognized Salada and village employee David Wager for 25 years of "distinguished public service" to the community. Collesano presented Salada and Wager with certificates on NYCOM's behalf. 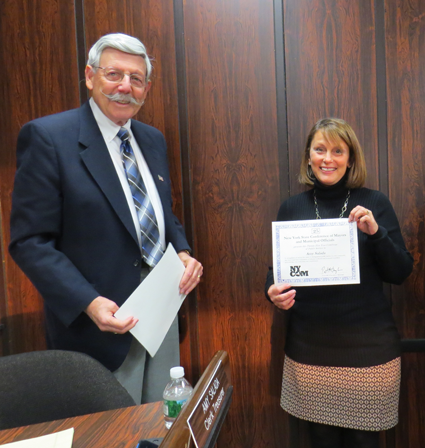 The New York State Conference of Mayors recognized Amy Salada and David Wager for 25 years of service to the village. They received a certificate from Mayor Terry Collesano. 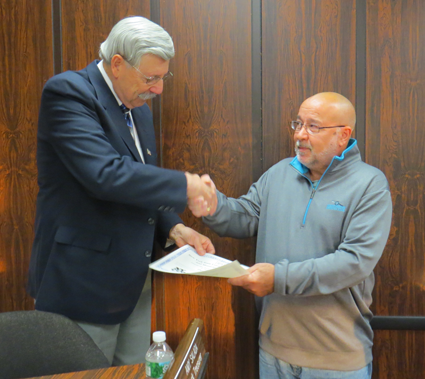